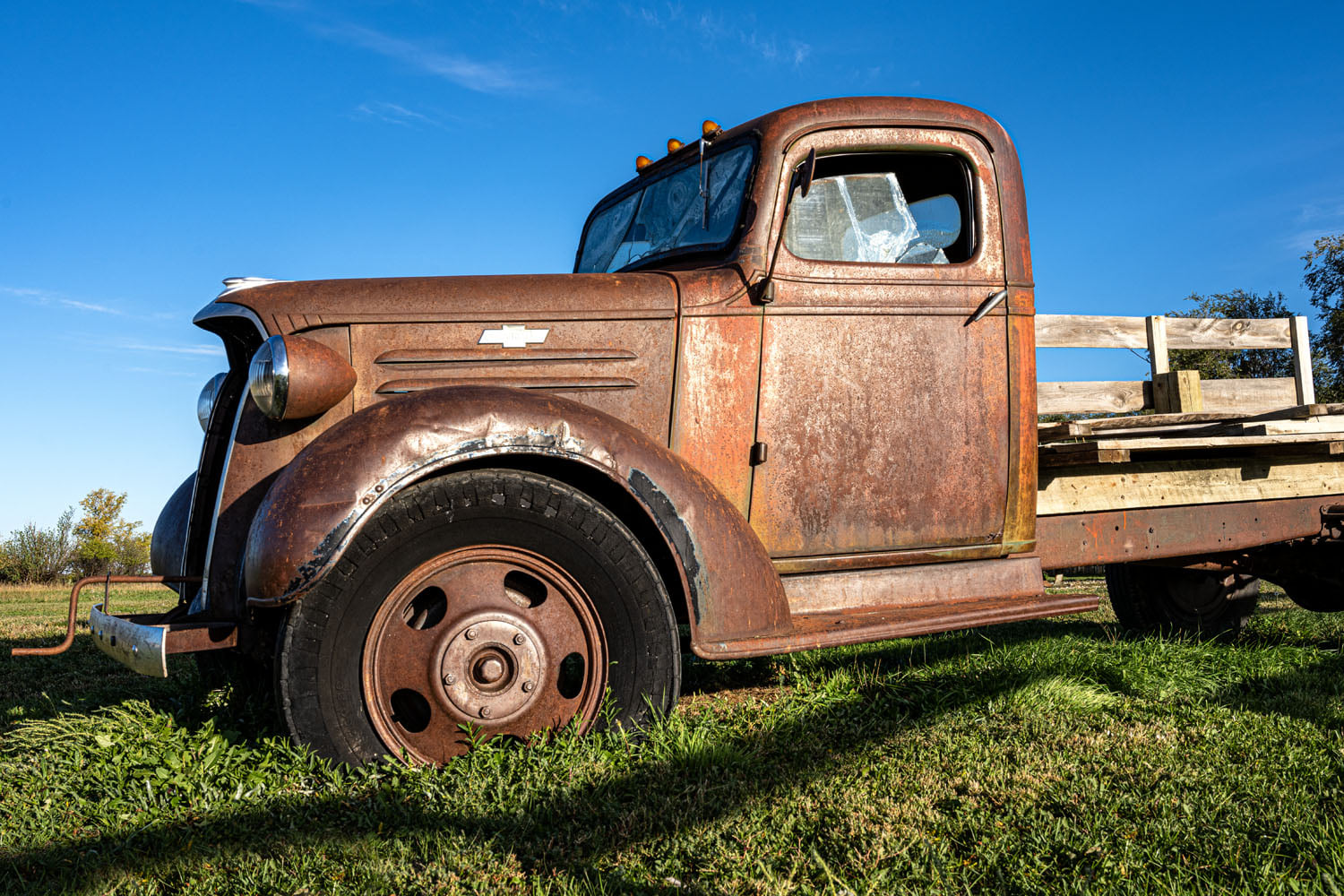 Shift’s latest Newsmaker Interview is with Dr. Carol M. Swain, a former Princeton and Vanderbilt University professor, respected political commentator, author, and leading critic of the liberal’s racist “Critical Race Theory” (CRT).  It was announced today that Dr. Swain will be one of the featured speakers at the 2022 Roanoke Conference, which will again be an in-person gathering January 28th – 30th in beautiful Ocean Shores.  We speak with Dr. Swain about her new book (co-authored with Dr. Christopher J. Schorr) Black Eye for America in which she explains why CRT is racist, bad for America, and what we can do to counter its proliferation by liberal activists and institutions.  Dr. Swain describes to Shift readers how opposition to CRT was a leading factor in the Republican election victories two weeks ago in Virginia (her home state) and her plans for the upcoming Roanoke Conference. (Click to read full Newsmaker Interview)

The Seattle Times devoted its featured Sunday front-page article to push the false narrative that Governor Jay Inslee’s COVID-related actions are above politics, when in fact the governor has used divisive politics at nearly every step during the pandemic, resulting in more Washingtonians being distrustful of the state government he commands. The Times published the lengthy puff piece barely mentioning the controversy surrounding the governor’s continued abuse of his “emergency” powers (for 625 days and counting!). This oversight is even more glaring since this week he alone will determine who can or cannot work for selected Washington State employers by potentially imposing a vaccine mandate on many private sector workers (after he previously had ignored basic democratic principles to be the lone decider of who is allowed to work for state government).

The focus of the Times article appears under the subsection titled “This isn’t about politics.” Yet, as Shift has repeatedly pointed out (here are a few of the Shift articles which summarize the governor’s divisive political actions – here, here, here, and here), politics has been the primary driver of nearly every single decision the governor has made during the pandemic.

Most recently Governor Inslee exempted home health care workers (who are in constant physical contact with seniors and others who most vulnerable to COVID effects) because they are represented by his major campaign contributors in the Service Employees International Union. The governor continues to stall the vaccination process with requiring the Democrats-only “Western States Scientific Safety Advisory Group” to approve vaccines after the federal government has already conducted numerous tests before its approval. Remember this group was originally organized by four Democrat governors in an attempt to discredit President Trump’s vaccination efforts just before the 2020 elections, yet it has never run its own tests and simply rubber stamps the federal government’s decisions.

The list of political actions by Governor Inslee during the pandemic is incredibly long and it is stunning the Times refuses to acknowledge this fact, especially when his unprecedented abuse of emergency orders sets a dangerous standard regarding our democratic form of government.  It is these divisive actions by the governor and his abuse of power which has frustrated those who don’t share the governor’s liberal nanny-state view and has resulted in many choosing to ignore his vaccine orders.

Imagine if the governor wasn’t afraid to include more voices as part of the decision-making process through inclusion of the legislature (which his own party dominates). The level of suspicion would be lower and likely fewer people would be resisting being vaccinated. The state would be far closer to resuming normal activities if it weren’t for Governor Inslee’s abuse of his emergency powers for his political benefit. But you wouldn’t know that from reading the Times. (Seattle Times, Shift, OPB, and Governor Inslee media release.)

The Vancouver Columbian used the recent Washington State Supreme Court decision to rebuke Governor Inslee’s 2019 illegal veto of the Transportation budget to remind readers of the importance of the balance of power in our three-branch system of government.  The paper quoted James Madison from the Federalist Papers: “several constituent parts may, by their mutual relations, be the means of keeping each other in their proper places. It may be a reflection on human nature, that such devices should be necessary to control the abuses of government.” The Columbian then warned, “If one branch is weaker than the others, that system collapses.”

While the paper was specifically describing Governor Inslee’s abuse of his veto powers, it could be said as well about his abuse of emergency powers, over which the legislative branch has no say with regards to laws being imposed on state residents, or for how long he imposes his will.  Just like there are few (if any) quotes on leadership which supports Governor Inslee’s divisive actions since when he took sole power on February 29th, 2020, there are likely few (if any) quotes in the Federalist Papers which support the governor’s total disregard for basic democratic principles. (Vancouver Columbian, Shift, and Bill of Rights Institute/Federalist Papers)

The U.S. Court of Appeals for the Ninth Circuit overturned a previous decision by a federal judge, and thus allowed a defamation suit by two Seattle police officers against Seattle City Councilmember Kshama Sawant to resume.  A lower court had ruled that defamation had not occurred since Councilmember Sawant’s did not specifically name the two officers when she said the death of Che Taylor was “a blatant murder at the hands of police”. Yet the appeals court overturned the decision to dismiss the officers’ lawsuit, stating that since members of the public, family members, friends, and work associates who knew the two officers were involved in the shooting also “understood that Sawant’s remarks were directed” at them. (Seattle Times)

Seattle City Light has often used its “Green Certification” from the Low Impact Hydropower Institute to bolster its claims that its three Skagit River dams are not threatening endangered salmon species, yet tribes claim applications for the certification failed to include all relevant information.  The disagreement centers around whether salmon could have migrated upstream before the three dams were constructed in the 1910s.  Seattle City Light contends that the terrain was too difficult for the fish to move upstream, yet tribes contend that the utility company is overexaggerating the difficulties and that tribal history reveals that many salmon made it further upstream past where the dams were built. Tribes state that even City Light scientists believed that salmon migrated upstream, but this information was never presented to LIHI when applying for the Green Certification. (KING5 News and Wikipedia)

It what appears to be a growing trend, lax governmental security practices are again responsible for tax dollars being stolen by criminals.  Just as the Inslee Administration allowed one of the biggest thefts in American history to take place, when foreign criminals stole more than $650 million dollars from the Employment Security Department, it appears lame-duck Seattle Mayor Jenny Durkan’s administration’s procedures allowed the theft of $800,000, which was intended to help those who are homeless.  The city sent nine separate checks from November 2020 to April 2021 to a fraudulent account which represented itself to be Mary’s Place, a large Seattle homeless non-profit. (Seattle Times and Washington State Auditor’s Report)

Senator Sharon Brown (R – Kennewick) stated she will not be running for re-election next year.  Senator Brown was appointed to the Senate in 2013, and has easily won election each time she has run since. She said she has fought to “protect the most vulnerable among us.” She considers her crowning achievements to be those which assist “our seniors, victims of domestic violence, child sexual exploitation and human trafficking, and those with developmental disabilities.” (Tri-City Herald)

This week’s Newsmaker Interview is with Jackson Maynard, president of the 2022 Roanoke Conference, which is the annual place to be for Washington State’s moderate and conservative activists, policy makers, and elected officials, held again in Ocean Shores in late January.  In 2021, the Roanoke Conference Board reluctantly adjusted to COVID-related restrictions and held an abbreviated, online conference. This year, the Roanoke Board announced that the conference will return to assembling in-person at the Ocean Shores Conference Center January 28th – 30th.  Registration for the conference is now open. Maynard is highly respected in Olympia as the General Counsel for the Building Industry Association of Washington, after previously serving as an attorney for the Washington State Senate.  Shift speaks with him about the upcoming 13th annual Roanoke Conference and Maynard talks briefly about his own 2020 campaign for congress. (Click to read the full Newsmaker Interview and Roanoke Conference Registration) 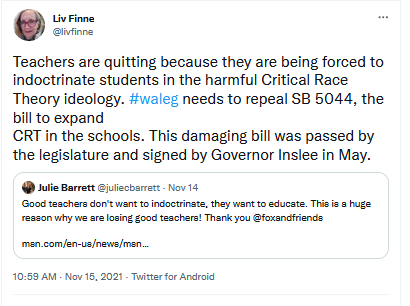 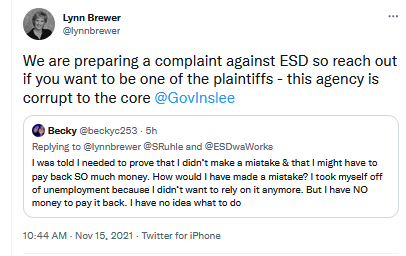 Did you appreciate the non-liberal perspective???