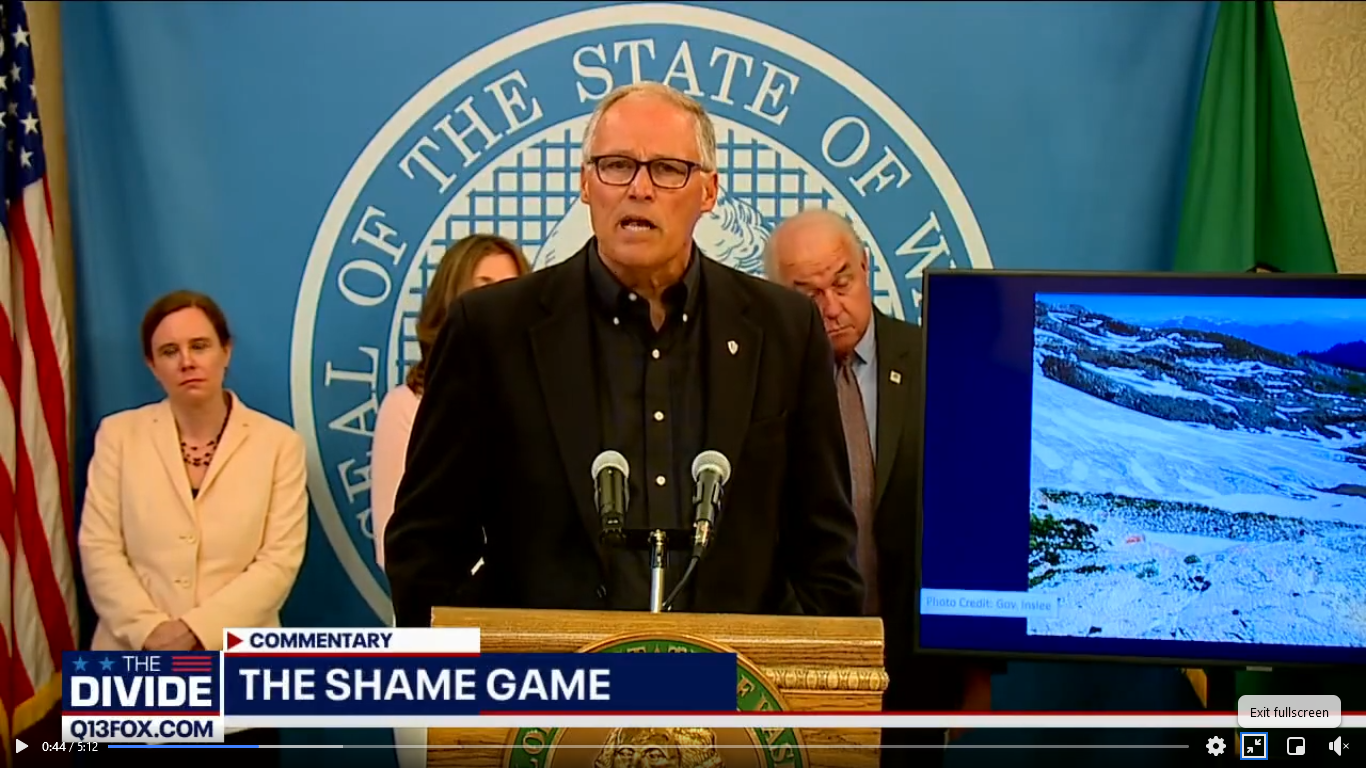 In her weekly news program, “The Divide,’ Brandi Kruse denounced Governor Jay Inslee’s continued use of divisive partisan techniques during the pandemic, which she rightly believes will cause more harm than do good.

As we have mentioned many times in Shift, for more than 500 days Governor Inslee has deliberately chosen NOT to do and say things which could unite state residents to combat the COVID-19 virus.

He has completely ignored questions and advice from Republican leaders, and he has dismissed bi-partisan advisory committees and replaced them with groups made up solely of his campaign supporters.  He even ignored advice from non-partisan local health officials because they are not part of the state’s liberal establishment.

He has given pay raises to his political contributors in the state employee unions while placing massive restrictions on small businesses.

He has formed alliances with other Western states, but only if their governor is a Democrat while ignoring our neighbors in Idaho and Alaska because they have Republican leaders.

Instead of working with the Trump Administration in a way that was beneficial to state residents, Governor Inslee found any excuse possible to partake in unnecessary partisan bickering.

And who could forget the governor’s ultimate act of partisanship when he sidestepped questions about the violent actions of his liberal supporters as they rioted in Seattle and unlawfully took over portions of Capitol Hill.

Instead of being a true leader who unifies all segments of the state to combat the virus, the governor has repeatedly chosen to be divisive and politically partisan in his actions, which has resulted in many state residents to ignore him when he asked individuals to do things for the public good.

Because the governor chose political partisanship over unifying leadership, many state residents have been reluctant to follow state health officials advice on wearing masks and obtaining the vaccine.  As the result, the COVID virus has unnecessarily spread and unfortunately many people have likely died due to a large segment of the state’s population distrusting the governor. 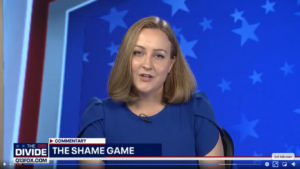 again chose division over unity last week when he made the following silly and politically divisive comment, “If you are a 50-year-old man, you know, who voted for Donald Trump and didn’t think COVID was a problem, and you don’t get vaccinated right now, you put at risk every kid in your city. You could be spreading the virus to a ten-year-old who can’t get eligible for the vaccine.  Some of us think that’s irresponsible. If that’s judgmental, so be it.”

Q13’s Brandi Kruse played video of the governor making this divisive statement and posed the question: “Do you believe there is a Trump supporter, truly, on the planet, who would hear Governor Inslee say these things and suddenly feel compelled, feel a sudden call to duty if you will, to get the vaccine?  Not a chance.  And the governor knows that.”

Kruse goes on to say that the governor has again used the pandemic as an excuse to belittle his political opponents.  Kruse said, “Despite the fact the state has hit the (vaccination) goal it set for itself, the governor still feels the need to shame those who chose not to get the vaccine, but only those who also chose to support the former president.”

For decades to come, scholars will be analyzing the actions of our political leaders during the pandemic.  It is almost certain that Governor Inslee will be featured prominently in these studies. Yet unfortunately for Washington residents, it will not be because he chose to save lives by bringing people together, but because he chose to be divisive, which caused the virus to unnecessarily spread because many people lost faith in the governor.