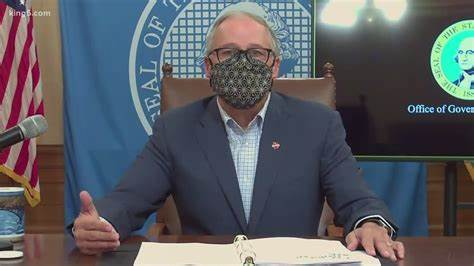 After 16 months of state-imposed restrictions, most were finally lifted Wednesday. Washington became the 48th state to finally lift its economic and capacity constraints, despite the Biden White House declaring more than two weeks ago that the state had reached the 70% vaccine threshold.

Frustratingly, Governor Jay Inslee chose to ignore the more comprehensive vaccination data from the feds, and stubbornly relied on state data (which Inslee’s own state Department of Health admitted failed to include the hundreds of thousands of doses the federal government distributed in the state) which kept restrictions unnecessarily in place for 15 additional days.

To commemorate the end of most restrictions, the governor went on a mini-media tour to take credit for guiding the 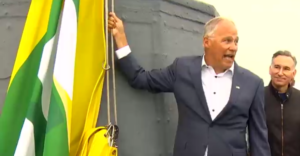 state through the pandemic.  Yet, it is very fair to argue that the governor’s random and partisan actions likely caused state residents to ignore Inslee when he would occasionally make legitimate health and safety requests.  This occurred because a large segment of the population became frustrated with the lack of leadership and transparency from the governor and his often-erratic handling of the crisis.

A true leader rallies people together around a common purpose and is able to influence others to follow through on the soundness of the mission.  However, instead of bringing the state together, Governor Inslee chose to make this crisis a divisive, partisan political event.

We should note that, during the initial weeks of the pandemic, Shift gave Governor Inslee every opportunity to provide leadership without criticism.  Knowing that necessary decisions were difficult, we refrained from criticizing the governor on his COVID-related decisions.

Unfortunately, it soon became very apparent that the governor viewed the pandemic through partisan glasses and that it was not his goal to unite Washington residents to face the challenges ahead.

Starting with his early caustic tweets aimed at President Trump, through elimination of bi-partisan advisory committees (replaced by three “advisory groups” which consisted exclusively of his political supporters), and then forming the partisan Western States Alliance with other states if they were run by fellow Democrat governors (while ignoring our neighbor Idaho and our economic partner Alaska because they had Republican governors).  He completely ignored numerous letters and phone calls from Republican legislators.  Jay Inslee chose to be divisive, and not a unifying leader.

These political decisions likely cost lives, which the media has failed to report on, due to a large segment of the state 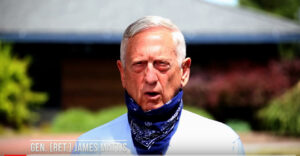 becoming understandably disenchanted with the governor’s partisan actions. This disillusionment caused many to not follow Inslee’s advice when state health officials began to encourage people to wear masks last summer.  Even state health officials understood the governor had lost credibility and they were forced to run ads featuring retired General James Mattis (a conservative stalwart) to encourage Washington residents to wear masks.

And today, many of those refusing to become vaccinated are doing so because they still do not trust the advice of Governor Inslee and his appointed government officials.

Unfortunately, there is no way to measure the loss of the public’s faith in the governor’s abilities and decision-making process after he chose to say he was completely unaware of the violent actions by liberal activists taking over 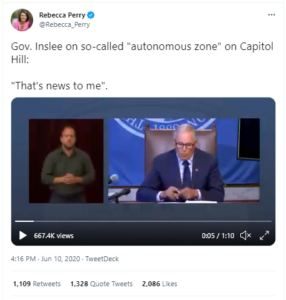 Capitol Hill last summer.  It is mindboggling to remember the governor’s evasive and dismisses reaction to the serious public safety threat caused by the forced closure of a police precinct and rioters grabbing control of six blocks in the center of the state’s largest city.  Many people saw his actions as an incompetent politician caving into liberal political violence and definitely not someone who could provide fair and strong leadership during a crisis.

The governor also chose to disregard the economic uncertainty many private sector workers were facing in the Spring of 2020 when chose to give a second pay raise in 12 months to his campaign contributors in the government employee unions.  He disguised the pay raise by imposing a “furlough,” (which made them eligible for state employment benefits) but the reality is, he gave government workers more pay and required them to work fewer days while small business were permanently closing their doors due to state actions.

Besides the overt partisanship of his actions, the governor also chose to ignore the questions, concerns, and advice of not only legislators, but also of non-partisan local elected officials.  It is bad enough the governor refused to consult with city and county political leaders, but it is absolutely unforgivable that local health officials were also left out of the decision making process. If Governor Inslee were a true leader, he would have involved these individuals in decisions, so they could have been effective communicators in encouraging people to follow the state’s advice of wearing masks and obtaining the vaccine.

Instead, Governor Inslee chose to be divisive and exclusionary, ensuring that his actions over the past 16 months will never be taught to young leaders, except to point out what NOT to do during a crisis.

(Note: This is the second article in a two-part series.  Read the first installment here.)