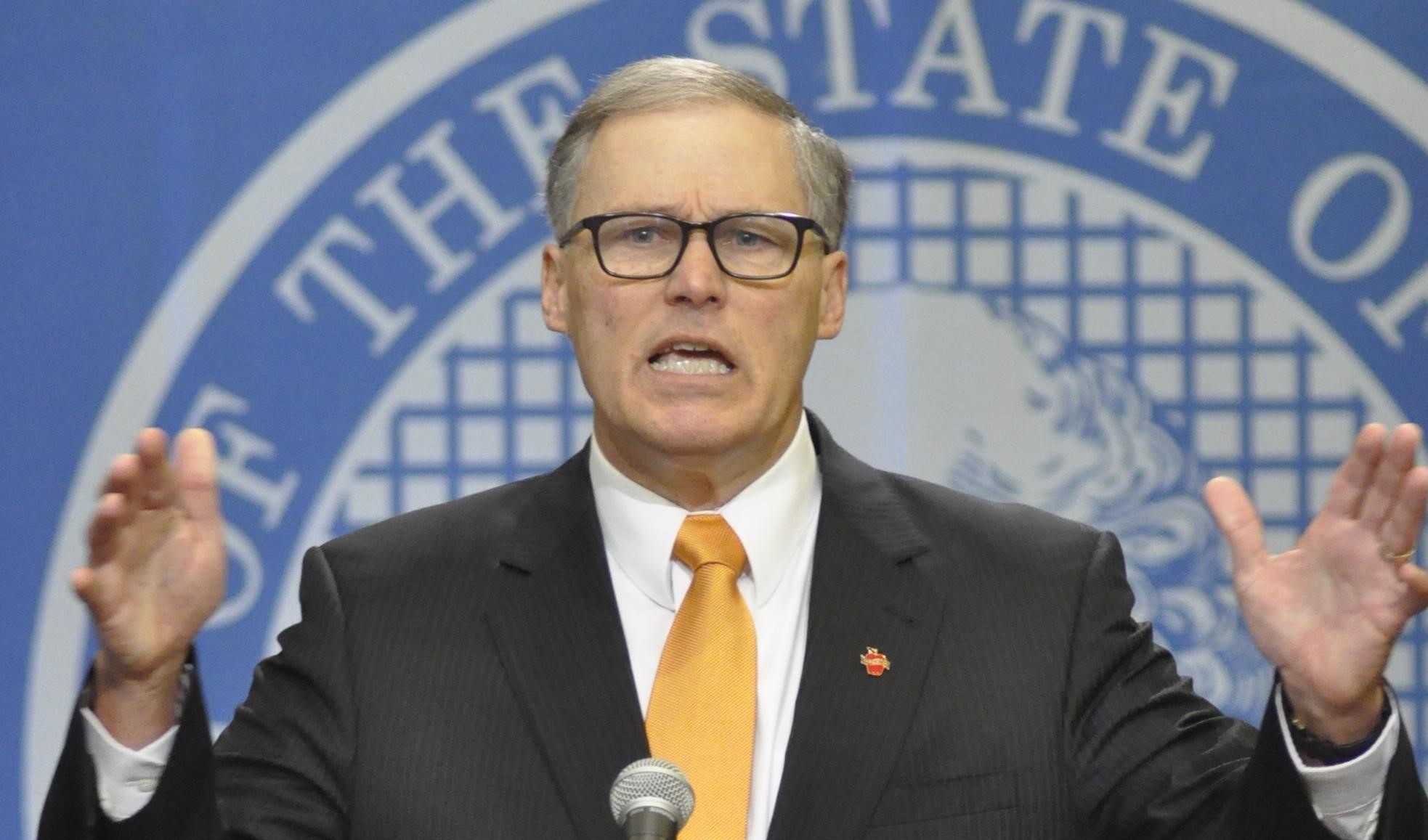 The opportunity was there.  Governor Jay Inslee had the momentous choice to be a rare leader who unites the state to fight a common battle. Instead, during one of the most catastrophic episodes in Washington State history, he has chosen to be an extremely petty and partisan politician.

In this exclusive report, Shift reveals that the governor’s response to the COVID-19 crisis demonstrates Inslee’s desires to be the governor for only one set of Washington residents – those who will support his re-election campaign.

In response to a Public Records Request, Shift has obtained some 19 letters which Republican legislators have sent to Governor Inslee since March 17th.   At of the end of last week, Inslee and the entirety of his administration has only responded to 3 of these 19 letters (and one of those was a joint letter to both the governor and Superintendent Chris Reykdal, in which only Reykdal responded).

These letters from Republican lawmakers have dealt with a wide variety of serious issues which are important to thousands (if not millions) of Washington residents. Among the letters – now all more than a month old – which Inslee’s office has yet to respond to are:

*  A March 27th letter from 21 GOP legislators asking that commercial construction workers be allowed to return safely back to work.

*  An April 17th letter from Senator Mike Padden and 20 other senators on the release of hundreds of inmates by the Department of Corrections.

*  An April 17th letter from members of both the Republican Senate and House caucuses on how to restart the economy.

One can agree with the Governor Inslee’s handling of this crisis, and still find it is appalling that he has chosen not to respect elected Republican lawmakers by not responding to their very legitimate concerns, questions, and ideas.  These legislators represent millions of Washington residents and they were doing their job in communicating their thoughts to the governor.

By not responding to legitimate questions, Governor Inslee is demonstrating he believes he is above having to answer to Washington residents.  It is not just Republican officials who Inslee is ignoring.  He has also upset non-partisan mayors by not returning their calls either.  He had the time to appear on Socialist Bernie Sanders YouTube broadcast (which very few Washington residents watched), but he can’t find the time to respond to mayors who are working on behalf of their citizens.

But should we be surprised by this petty approach, after the other partisan actions by Governor Inslee and his team during the coronavirus outbreak?  Previously, the governor formed the Democrats-only Western States Pact, while ignoring our neighbor Idaho and our major trading partner Alaska simply because they have Republican governors.  Inslee disbanded the bi-partisan Business Recovery Legislative Task Force, only to replace it with three advisory committees made up of solely liberal special interests groups, government employees, and major campaign contributors (including “Group Lead” Sonya Campion, whose husband donated $250,000 to the PAC that supported Inslee’s failed presidential campaign).

Consider even more of Inslee’s actions which have been very partisan.  He has used the full force of state law enforcement attempting to shut down a Trump-supporting barber in Everett. Yet, up the road in Arlington, when the tribal casino Wind of the Angels opened to large crowds, Inslee said, “I hope they are very very successful.” (Yes, we know tribal casinos are not subject to state orders, yet if Inslee was concerned that a casino opening to thousands might spread the coronavirus more than a barber shop opening to dozens, then he could have influenced tribal leaders by taking away the sports betting monopoly he just handed to them in March.) Is Inslee’s double standard the result of the hundreds of thousands of dollars which tribal governments pour into Democrat campaigns (including his own)?

Inslee called marijuana shops “essential,” yet shut down gun shops. One doesn’t have to try too hard to guess where more of his supporters can be found.

The governor has also been painfully slow in providing guidelines (and thus allowing) faith services to resume, despite pleas from many Republican lawmakers.

Inslee was the only governor West of the Mississippi to shut down commercial/residential construction.  Is this due to the Builders Industry Association of Washington being a contributor to Republican campaigns?

But most of all, it took Governor Inslee two months to impose a hiring freeze of government employees, despite everyone knowing in March that the coronavirus outbreak was going to have a significant impact on state revenues.  While private industry had to cut thousands of jobs, Washington State not only was retaining (and paying) nearly all employees, bureaucrats could hire even more “non-essential” employees until a week ago. The public employee union bosses are patting themselves on the back for the millions they have given to Democrats’ (especially Inslee’s) campaigns in the past decade, for there has been no interruption of the union dues coming into their bloated bank accounts.

We do elect our elected officials via partisan contests, but we expect our lawmakers to be united during times of crises.  It has been heart-warming to see the compassion among the state’s residents as we have all worked together to help those who have suddenly lost their wages. Donations to foodbanks is at an all-time high, businesses have revamped their production lines to make protective materials, and people have respected the health of others by practicing social distancing and wearing masks.  It is too bad our Governor has not learned from his constituents and has decided to use the pain of others to promote his selfish political agenda.