As the staff at Shift enjoys the last days of Summer 2020, we provide to you this special edition of the Daily Briefing. Happy Labor Day Weekend to all our subscribers and supporters! 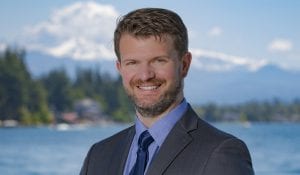 One of the most surprising results in last month’s primary election occurred in the 8th Congressional District, and that could be a good thing.  First-term Representative Kim Schrier received only 43% of the vote, despite the heavy Democrat turnout and her campaign spending over a million dollars before the election (and over $20 million to buy the seat two years ago).  National attention is now being focused on the contest, and on former Army Ranger and health care manager Jesse Jensen’s opportunity to return the seat to rational representation.  We sat down with Jesse Jensen to obtain his perspective on the race, why Kim Schrier has failed to support police officers who are being physically assaulted by protesters, and why the incumbent refuses to debate the issues before the election. (Shift)

Is this the "Summer of Love?"

Does Seattle Democrat Mayor Jenny Durkan continue to believe that the on-going violence and riots in her city are part of our very own “Summer of Love?”  Following South Dakota Governor Kristi Noem’s speech at last week’s Republican National Convention, where she accurately stated that in Seattle, “violence is rampant. There’s looting, chaos, destruction and murder,” Mayor Durkan immediately appeared on MSNBC to proclaim everything is fine.  Yet, to everyone who is not Mayor Durkan or part of the professional protest crowd, everything is not fine. In a city that once boasted being the country’s “most livable city,” the homeless have taken over downtown, some businesses are boarded up while others are moving employees out of town to avoid paying more taxes for less services. Seattle is facing the situation that it may not be able to recover from the extreme actions of its city council, while state “leaders” like Governor Jay Inslee and Attorney General Bob Ferguson stay silent. (Shift) 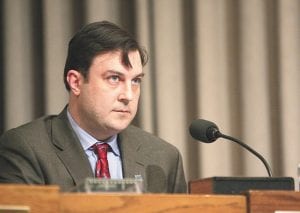 Has Ben Stuckart again violated the City of Spokane’s Code of Ethics, despite being out of office for eight months?  While serving two terms as City Council President, Stuckart’s actions resulted in fines for ethics violations and supporters of his campaigns were slapped with Public Disclosure Commission complaints (and had ads pulled from TV).  Now we learn that Stuckart may have again violated the city’s ethics code.  City regulations prohibit former officials like Stuckart from lobbying the current city council and staff for one year after they leave public employment, yet a news report states he has been lobbying “behind the scenes” for the measure to fluoridate Spokane’s water. (Shift)

Why Did KUOW Darken Candidate's Picture? 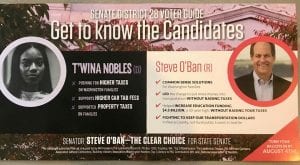 The company which produced a mailer that attracted some Democrat and media attention in the 28th Legislative District Senate campaign has provided Shift with its response to a factually incorrect and biased story that was published by National Public Radio’s local affiliate, KUOW.  DMM Media points out the many factual errors in the story and provides proof that the picture of Democrat candidate T’wina Nobles was not darkened for the mailer, as the company had been attacked for by Democrat activists. DMM Media further claims that KUOW, in its article, darkened the photo of the mailer to make the piece appear more sinister. Thus, while falsely asserting that DMM Media darkened the photo, KUOW is the actual offender in using a darkened photograph.  (Shift) 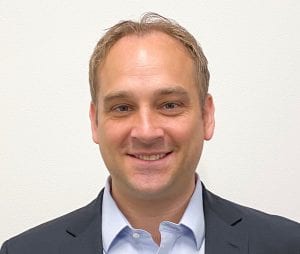 Last week’s Newsmaker Interview was with Republican candidate for Attorney General Matt Larkin. The Washington native shares his views on the silence from current Attorney General Bob Ferguson on the attacks on Seattle Police officers by liberal rioters and the Seattle City Council’s reckless decision to defund the police department. Larkin also provides insight into what it was like to work in the White House for President George W. Bush and the lessons he learned from Senator Slade Gorton. (Shift)