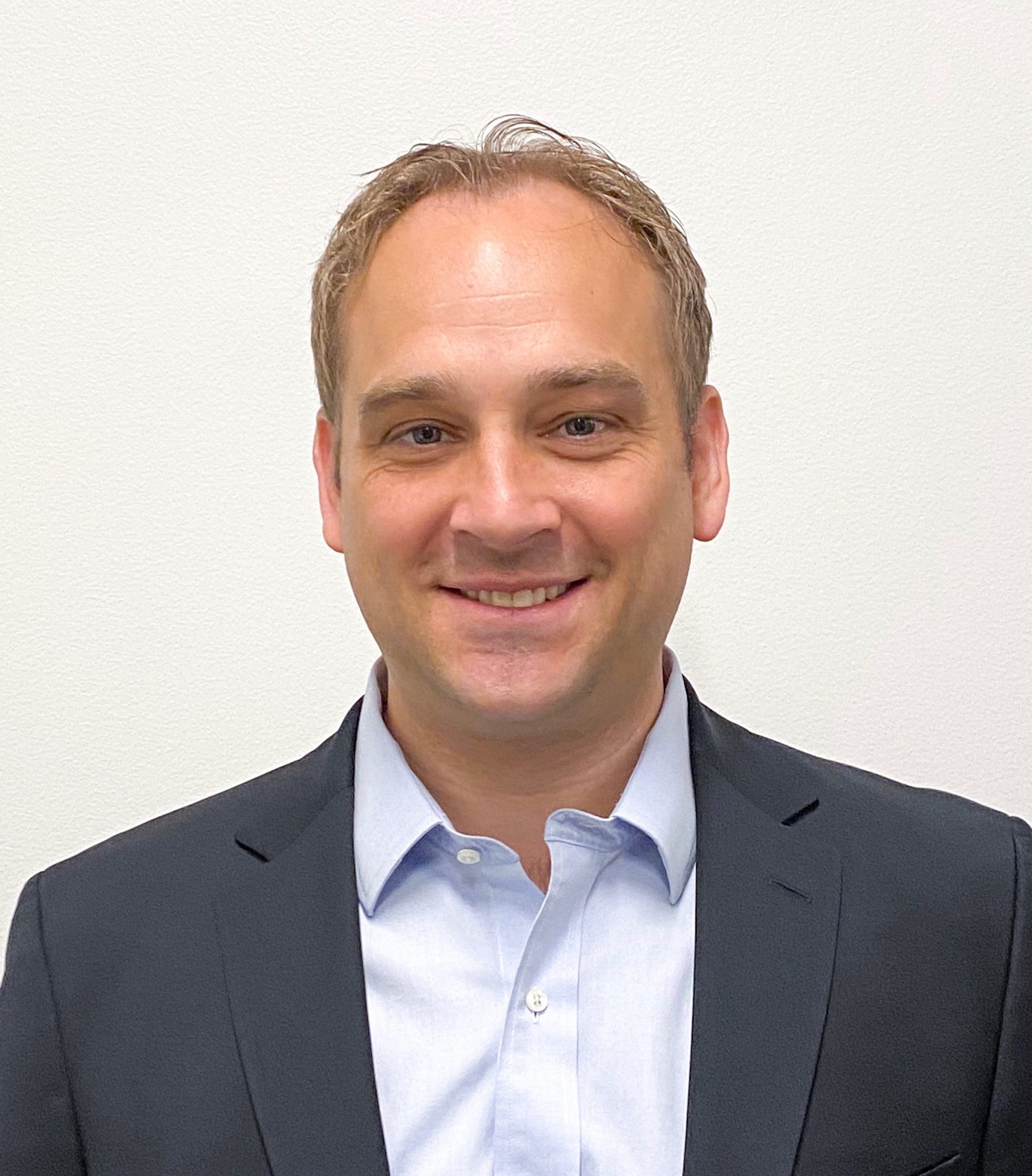 This week’s Newsmaker Interview is with Republican candidate for Attorney General Matt Larkin. The Washington native shares his views on the silence from current Attorney General Bob Ferguson on the attacks on Seattle Police officers by liberal rioters and the Seattle City Council’s reckless decision to defund the police department. Larkin also provides insight into what it was like to work in the White House for President George W. Bush and the lessons he learned from Senator Slade Gorton.

1)      For those who do not know much about you, can you provide a brief bio of yourself and why you decided to run for Attorney General?

I was born and raised here in Washington. I attended law school at Gonzaga, and then went on to get my Masters of Law (LLM) at George Washington University Law School. After I graduated, I began working in the White House as an Associate Director of Presidential Speechwriting and worked there until the end of the President’s term.  I then moved back to Washington State to prosecute in Pierce County—I had also prosecuted in Spokane County during my last year at Gonzaga. After that, I moved to Woodinville, where my wife and I are currently raising our 4 little kids who are all under the age of 10. For about the last decade, I have worked as Chief Legal Counsel and Part-Owner of my Family’s 3rd Generation Water Works Manufacturing Company. We are headquartered in Bothell and employ around 500 people.

I decided to run for Attorney General because I could not stand sitting on the sidelines watching the beautiful state that I grew up in turn into a place I no longer recognize. I want to be able to raise my children in a state that they can be proud of, and a state that is safe. We need an Attorney General who will focus on restoring the rule of law to Washington.

2)      How is your campaign going?  Are you still meeting most people through virtual events, or are you able to see some voters in person?

The campaign has been going very well! It’s my first time running, and I very much enjoy getting out and talking to concerned Washington voters who are looking for, and not finding, solutions from our current Attorney General.

Regarding events, we have been doing a lot on zoom and other virtual mediums. This has been beneficial in some ways as it allows us to connect with many people all over the state. We’ve also been able to have some in person events, but we’ve had to make some adjustments to comply with current policy in regard to the COVID Pandemic and social distancing.

3)      Thus far we have not heard anything from Attorney General Bob Ferguson on the continuing violence in Seattle.  What is your view of the state’s leading law official remaining quiet while dozens of police officers are wounded by the rioters’ actions?

My view is that Bob Ferguson is the Chief Legal Officer of the State, and his silence in the midst of continued violence, riots, lootings, and neglect for the rule of law is deafening. People in Seattle are no longer afforded equal protection under the law, because the rule of law no longer exists. Our law enforcement officers, especially in Seattle, must not be condemned, and must be protected. Criminals must be held accountable, and our citizens & property must be protected. Washingtonians should expect real leadership through these dangerous times—the responsibility to step up and provide that leadership falls on our Attorney General, who has done nothing.

4)      Should the Attorney General also have something to say regarding the Seattle City Council’s decision to defund the police department and its actions to force the resignation of its first Black woman police chief? What is your view on this issue?

Yes, the Attorney General absolutely should have something to say about the fact that the Seattle City Council not only voted to defund the police department, which has a negative impact on minority neighborhoods, but also effectively forced the resignation of Carmen Best. I’m saddened by Bob Ferguson’s inaction. Again, the Attorney General shouldn’t be silent on issues like these—he should be leading.

Defunding our police, in a time where we have riots and lootings almost every night, is the worst possible thing we could do. Crime, specifically rape and murder, is at an all-time high in Washington State right now, and our current AG has been silent. As AG, I would ensure our police officers have the tools, training, and resources they need to do their jobs well. We had a crime problem before all of these riots were going on, and now its worse than ever.  Removing police from our streets is not the answer and in fact, it’s reckless.

70 as of last week, and I do receive that question a lot. Frankly, it is a good question, especially because Bob Ferguson has managed to trivialize the severity of a lawsuit by the sheer volume and blatant partisanship with which he files them. 70 lawsuits against the federal government in three and a half years, when our state has very clear issues within that are not being addressed is not leadership.  Almost all of those lawsuits find their way into a fundraising letter too, which makes them seem even more partisan.

The role of the AG is to protect Washingtonians and enforce the rule of law as described in the Washington State Constitution. A lawsuit against the Federal Government should be reserved for serious constitutional infringements in which Washingtonian’s rights are being violated. Of the 70 lawsuits Bob Ferguson have filed, there are some that have merit. The vast majority, however, are arbitrary at best, and blatant partisanship at worst. Suing the federal government on behalf of the state should be a tool in the tool belt of an AG, but not the primary tool.  We have real problems that need to be addressed in this state and as AG I will be focused on THIS Washington, not that Washington.

6)      For almost 20 years Bob Ferguson has been a permanent fixture within the state’s Democrat establishment.  You have been characterized as an outsider in Washington politics.  Do you think this helps you in this campaign?

Absolutely, and it should. I’m not a career politician like the current AG who has made a career out of running for office. In fact, I’ve never run for office before.  I bring fresh ideas and real-world experience to the table at a time when people are hungry for actual results.

People don’t feel safe in their neighborhoods anymore and people are sick and tired of not being able to take their kids to local parks and into the city for an outing.

The Office of AG is a non-partisan office, and this AG has used the office to push his radical agenda and has completely failed in his obligation to protect Washingtonians. The AG needs to represent all Washingtonians and all Washingtonians have a right to feel safe in their neighborhoods.  Public safety isn’t a Democrat issue or a Republican issue—it is something beyond politics and something we should all expect.

In the office of Attorney General, my job is to make sure the law is being enforced, and citizens’ rights are not being violated. As a political outsider in this race, and a father who wants a safer Washington for everybody, my loyalty is to the citizens of Washington and their right to equal protection under the law, not partisanship.

7)      You worked as a speechwriter for President George W. Bush. Can you speak about that experience and your impressions of the president?

Serving my country and my President in that capacity was an honor. Working in the White House during turbulent times with the President, was quite an experience and I learned a lot through it all.  The President was a good boss, and a really nice man.  He was always quick to say thank you, and he was very appreciative of his staff.

Having worked for him, I have a perspective that most people do not—and there are layers to former President Bush. As a person, he is deeply thoughtful, and whether you agreed with his policies or not, it was clear to me he was always trying to do what he believed was the right thing. He has a heart for people and the cameras didn’t always show that side of him.

8)      As you know, Slade Gorton was Washington Attorney General for 12 years. Did you get the chance to speak with him and what is a lesson you will take with you if you are successful in November?

I’m grateful that I did get the chance to meet and talk with Slade on several occasions.  In fact, my last meeting with him was this last spring.  He was still very engaged and still coming into his office and we met there in his office for over an hour.  The great thing about Slade is that he was a wealth of information and was always willing to share it with you.

Perhaps my biggest takeaway from Slade is the example he showed of true servant leadership.  It was never about him–it was always about the people he was elected to serve. He was very humble, and he was good at listening. I think that is why he was so successful—people genuinely connected with him and saw that he cared.