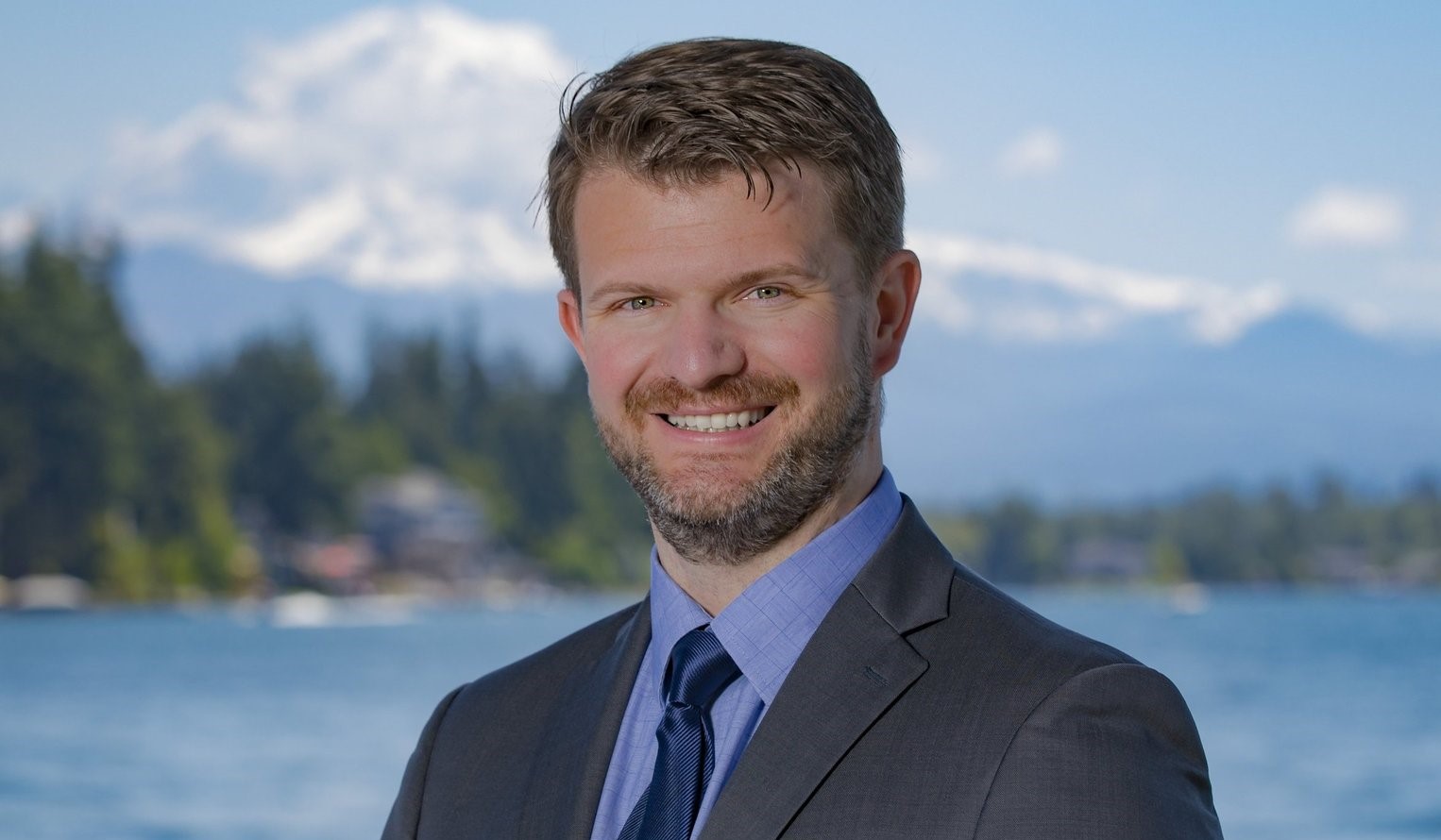 One of the most surprising results in last month’s primary election occurred in the 8th Congressional District, and that could be a good thing.  First-term Representative Kim Schrier received only 43% of the vote, despite the heavy Democrat turnout and her campaign spending over a million dollars before the election (and over $20 million to buy the seat two years ago).  National attention is now being focused on the contest, and on former Army Ranger and health care manager Jesse Jensen’s opportunity to return the seat to rational representation.  We sat down with Jesse Jensen to obtain his perspective on the race, why Kim Schrier has failed to support police officers who are being physically assaulted, and why the incumbent refuses to debate the issues before the election.

1) First of all, some of our readers might not be familiar with you.  Tell us about yourself and why you chose to run for Congress.

I’m a father of three, four tour Special Operations Combat Veteran with two Bronze Stars who believes in Servant Leadership. I spent the early part of my career working on Capitol Hill, learning and crafting public policy. While on a visit to Walter Reed Medical Center, at the height of the Iraq war, I met a wounded soldier and was inspired to enlist in the military to serve my country in uniform. As a Captain in the US Army and a member of the elite Ranger Regiment, I underwent some of the most intense training our military has to offer and was deployed on four combat tours. It was during this time that I learned the best leaders are servants to those they are entrusted to lead.

After being back home and working in the private sector, I watched our country’s partisan divide grow deeper as our elected officials failed to be servants of the people – that’s why I decided to run for Congress. With my military background, business experience, healthcare facilities management, and passion for public service, I am prepared to continue serving my country in Congress. I’m prepared to fight for veterans, small business owners, and workers. The people of the 8th Congressional District deserve a Representative in Capitol Hill who will put them ahead of that partisan divide. I plan to focus on creating middle class prosperity by limiting runaway spending and overbearing regulations. I will fight for our Constitutional rights that ensure equal opportunity for all, the environment, and National defense, while maintaining economic prosperity.

2) Your campaign has received more attention since the primary election when your incumbent opponent (after spending more than a million dollars) received just 43% of the vote.  How do you assess the vote from the primary?

The primary results showed that this district is demanding change. The combined Republican vote was more than 49%, outperforming the combined Democratic vote at 47.5%, and Rep. Schrier was the worst performing incumbent in the state, barely breaching 43% of the vote. No party that has lost like the Democrats did in a primary, has come back to win in November in Washington State in over a decade. These results clearly show that Rep. Schrier and the Democrats’ shift toward the left does not align with the values of the people in the 8th CD.

Voters want a voice in DC that they can trust to look out for their best interest, regardless of political party, and I am prepared to be that voice.

3) The 8th District is a geographically unique district in that it has the suburban and rural portions of King and Pierce counties, as well as the Eastern Washington communities in Kittitas and Chelan counties.  What issues are brought up the most as you meet with voters in the district?

After traveling around the district, especially in a year like 2020, you can expect to have discussions about the economy, Covid-19, healthcare, unemployment, and the like, but the most frequent concern that I hear from King to Kittitas county is that people feel like their voice isn’t being heard.

Whether I’m talking to a suburban family of 5 or a 5th generation farmer, the one conversation I seem to come across isn’t what I will do, but what we will do together. People are rightfully concerned in a time like this, and what they need most is the confidence that they have a Representative who will listen to their concerns and fight to fix those problems. What someone is dealing with today, might not be what they need help with tomorrow, so to have an open line of communication is key, and my office will create that environment.

4) Even though police defunding is primarily a local issue, it does appear to be causing problems for Democrats across the country.  Has Representative Schrier made any comment on this issue? Where do you stand?

I want to make it clear that I do not condone the violence and destruction we are seeing in cities from Seattle to NYC. As a husband, father to three young children, and a veteran, I cannot stress enough that we need to support the women and men who risk their lives to protect our communities.

In fact, I believe we should invest in law enforcement, providing them with the training and resources necessary to be best prepared to ensure our safety. However, as violent crime surges in communities across our state and country, Kim Schrier voted against condemning calls to defund police departments. She voted against an effort to oppose the CHAZ/CHOP area taken over by far-left radical activists. Worse yet, Schrier even voted to jeopardize community safety and make it easier for drug dealers, child and sex traffickers, and other criminals to break the law by cutting grant funding for state and local law enforcement agencies.

This attitude we are seeing from Democrats across the country is not only enabling this dangerous behavior, but the failure to speak up against it is inciting the targeted attacks on police officers and that is unacceptable.

5) Have you challenged Representative Schrier to any debates?  What are the prospects of these occurring?

My campaign has reached out to Rep. Schrier’s campaign numerous times to schedule multiple debates and as of today, our letters, emails, and phone calls have gone unanswered. I have invited Rep. Schrier to join me in a series of debates taking place around the district, focused on a range of issues prior to November 1, but unfortunately she has yet to confirm a time or place.

I believe it is our responsibility to give the voters in the 8th Congressional District the opportunity to hear from each of us directly and learn about our stances on issues dear to them, but given the current state of affairs, it seems as though Rep. Schrier might attempt to deny Washingtonians that chance.

6) How do you assess Representative Schrier’s first two years in office and what would you have done differently?

In one word, “partisan.” Rep. Schrier has voted with Speaker Nancy Pelosi 100% of the time.  Whether we’re talking about tax cuts or trade agreements, Kim Schrier has shown her allegiance is to the Democratic Party, not the people of the 8th CD.

We have families that have benefited tremendously from the tax cuts, but Kim Schrier wants to repeal them.

We have farmers and small business owners that have benefited tremendously from the United States – Mexico – Canada Agreement, but Kim Schrier stayed silent as Nancy Pelosi delayed the vote in an effort to spite the President.

That is not what I would call a Representative.

For more information on Jesse and his campaign visit: www.jessejensen2020.com