May we all unite this weekend – and root together for the Seattle Mariners to clinch the team’s first playoff appearance in 20 years. BELIEVE! 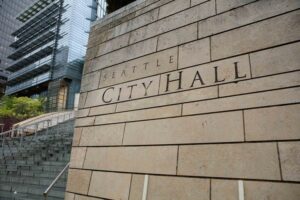 This week’s Newsmaker Interview is with David Preston of “Safe Seattle,” an organization which offers a very vocal critique of the failed homeless and public safety policies which have severely damaged the once “Most Livable City in America.”  Safe Seattle’s following has grown during the pandemic and the subsequent violent riots committed by leftist activists, as residents seek viewpoints which the local media fails to recognize. Every day, Safe Seattle posts numerous stories about what is happening on the front lines, as local residents and businesses are faced with the growing crime, drug, and sanitary problems resulting from Seattle’s elected officials unwillingness and inability to solve the homeless problems their own policies have created.  Shift often reposts Safe Seattle’s materials and we believe many of our readers will appreciate the perspective the site provides.  (Click to read full Newsmaker Interview) 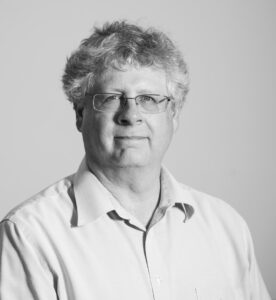 “L’etat, c’est moi”: Governor Jay Inslee’s complete disregard for basic democratic principles and his inability to tolerate the opinions of both Democrat and Republican legislators, as well as local health officials, were on full display during a recent interview defending (and refusing to end) his disastrous one-man rule of Washington State. Channeling his best Louis the 14th while appearing on TVW’s “The Impact,” the governor/king/dictator mistakenly claimed, “There is only one person in the state of Washington who has the capability to save those lives right now, and it happens to be the Governor of the state of Washington.”

What arrogance. The beheaded French king who said “the State, it is me”, would certainly appreciate the sentiment.

Does the governor truly believe that other states no longer operating under emergency declarations, including those with Democrat governors and Democrat-controlled legislatures, are allowing their residents to die by not letting just the governor make all decisions through emergency orders? While yjr governor is contemplating that, perhaps he could also fill in some others blanks:

Sadly, Senator Mark Schoesler appears to be absolutely correct when he told Shift last week that Governor Inslee “enjoys his emergency order powers so much that he might stick with it for the rest of his term.”  When asked what it will take before he ends the state of emergency, the governor replied that there are currently no set data points or conditions to allow this to occur.  So it appears the state of emergency will end in January of 2025, when a new governor is sworn in (provided Inslee does not try to postpone the election through his emergency powers). (TVW’s The Impact, Washington Policy Center, and Shift Newsmaker Interview with Senator Schoesler)

In the latest administrative failure of Governor Inslee during the pandemic, several Washington State Department of Fish and Wildlife employees were unexpectedly informed yesterday afternoon that their previously accepted religious exemptions had been suddenly, and with no explanation, denied by the state.  These employees are now faced with the decision to immediately obtain a Johnson & Johnson COVID vaccine this weekend or be fired. We can add this to the many failures of the “only one person in the state of Washington” who can make decisions during his “emergency” rule.  It took Shift three articles (here, here, and here) to describe just a few of the major errors committed by the governor and his team. Guess we’ll need to start on number 4. (Q13 News and Shift)

As the deadline for opting out of the poorly crafted state long-term care insurance plan is approaching, even some Democrat legislators are admitting that the plan and its associated payroll tax are poorly designed.  Hundreds of thousands of people who are employed by Washington State companies will be forced to pay into the plan yet will be ineligible to receive any benefit.  Most of these people will either be employees who are within 10 years of retirement or people who live in border states but work in Washington.

Senator Karen Keiser (D – Des Moines) said in a recent interview “It is not right to have people paying into a trust fund that they can’t collect any benefit from. Period.”  Maybe the veteran lefty legislator, a supposed expert on health care legislation, should have thought of this before she participated in the jamming through of this badly flawed and partisan legislation.

Sadly state Democrat leaders are refusing to listen to calls to either bring the legislature back into session to fix the many problems with the plan or delay its implementation until after the 2022 legislative session. With the promise that the long-term care plan will soon grow into a large government entitlement program, the Democrats and their friends in the government employee unions don’t want anything to hamper getting it started to siphoning your wallet every month. (TVW and Shift Newsmaker interview with Elizabeth Hovde)

As predicted, there are technical problems on the first day Washington residents can file to opt-out of the state’s mandatory payroll tax for long-term care insurance.  We went on the site today at noon, and found this message, “WA Cares accounts are down.”  Apparently Governor Inslee’s bumbling team wasn’t ready to get working over a year after the bill was jammed through by Democrat legislators, and so the site had already been down for more than an hour.  It says the technical teams are working to solve problems. Perhaps legislators could save them time and work harder trying to fix the problems with the law? (WA Cares Website)

One of the latest victims of Seattle’s failed radical public safety policies is a woman who was attacked twice by a man, once while grocery shopping with her two small children.  A woman was attacked by a man in the North Seattle Fred Meyer parking lot last weekend, as her two frightened sons screamed in the car. The man repeatedly rammed her and her car with a shopping cart containing items he had stolen from the store.  Other shoppers came to the woman’s assistance and scared the man away (to go assault another shopper).  The woman called the police, but they never arrived.  The next day, the same man (coincidentally) attacked her again at a nearby Safeway.

Evidently, the man is well known in the neighborhood and has been the subject of many police reports. Sadly, these incidents have become commonplace after Seattle’s elected officials caved easily to the radical demands of violent rioters and hastily defunded the Seattle Police Department with no plan in place to protect its 775,000 residents. (KOMO News)

The radical-left – and Democrat-party supported – candidate for Seattle City Council Nicole Thomas-Kennedy (NTK) provided an incredibly weak excuse that her previous incendiary tweets were meant as “satire and sarcasm.”  NTK – because she likes how cool that sounds – has come under intense criticism for her past public comments through tweets, many of which she tried to delete after she announced her candidacy for city attorney.  Her explanations are difficult to accept when she tweets, “Yay! Thank you to the heroes who set the Children’s jail on fire” in responding to explosions at Seattle’s youth detention center last summer.  Or when she tweeted, “Property destruction is a moral imperative” following the damages liberal rioters committed to Seattle businesses and residences. Or when she tweeted that “Seattle police officers should eat some covid laced sh*t & quit ur jobs.”

Sorry, NTK’s lame excuses do not hold water. Yet. Washington State Democrat Chair Tina Podlodowski still believes NTK is the best person to lead Seattle’s legal agency charged with public safety. We are wondering if Democrats around the state are asking if their party should be endorsing a candidate with such radical and violent opinions – or maybe they just agree, and hope that none of their reporter friends will ask them to go on the record like they would if it were a crazy right-wing nut running.  (KIRO Radio and Nicole Thomas-Kennedy Tweets via Brandi Kruse)

The CEO of the Washington State Hospitality Association points out the randomness of King County’s proof of vaccination mandates, which will impact restaurants and bars starting on October 25th.   Customers will need to show proof of being fully vaccinated or a negative COVID test in order to be able to dine, drink, or recreate indoors.  Anthony Anton said, “You can dine at the airport without a vaccination card, but not across the street.  You can go into retail and grocery stores … without a vaccination card, but not in our local restaurants.” Anton also pointed out that Clallam and Jefferson counties have had a similar mandate for almost a month, and those counties have not seen a drop in the infection rates.  He also said the new rules create tensions as many employees are harshly treated by customers when asked to present proof of vaccination. (MyNoprthwest)

KXLY TV ran an extensive report on the tough conditions facing our state’s wheat farmers.  A dry spring turned into a very hot summer, which devastated this year’s wheat harvest – one of the worst on record.  Farmers are still dealing with dry soil as they plant their winter wheat crop. While recent rains have been a relief, it is estimated that for the soil to return to normal the region will need 25% more rain than average over the next eight months. (KXLY) 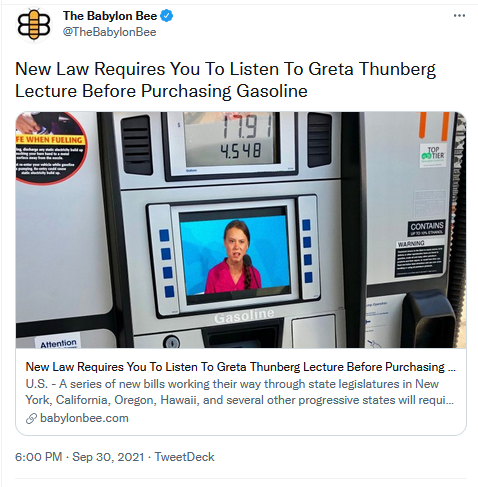 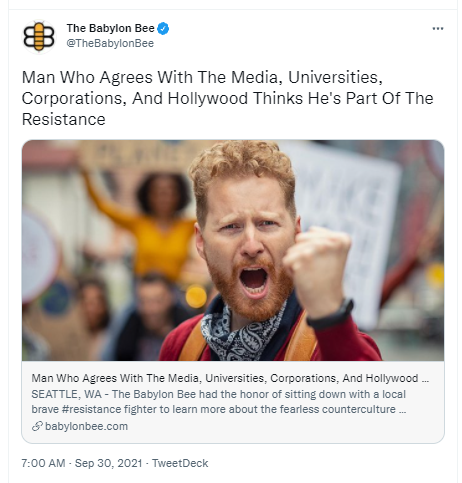 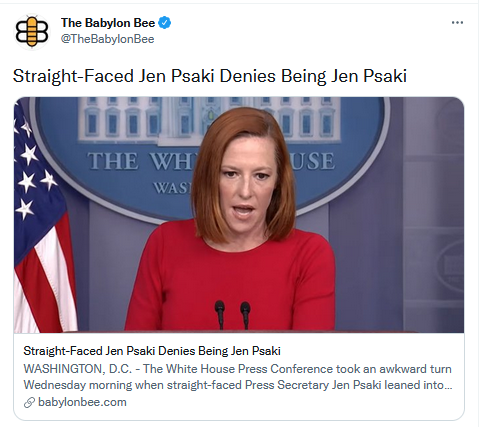