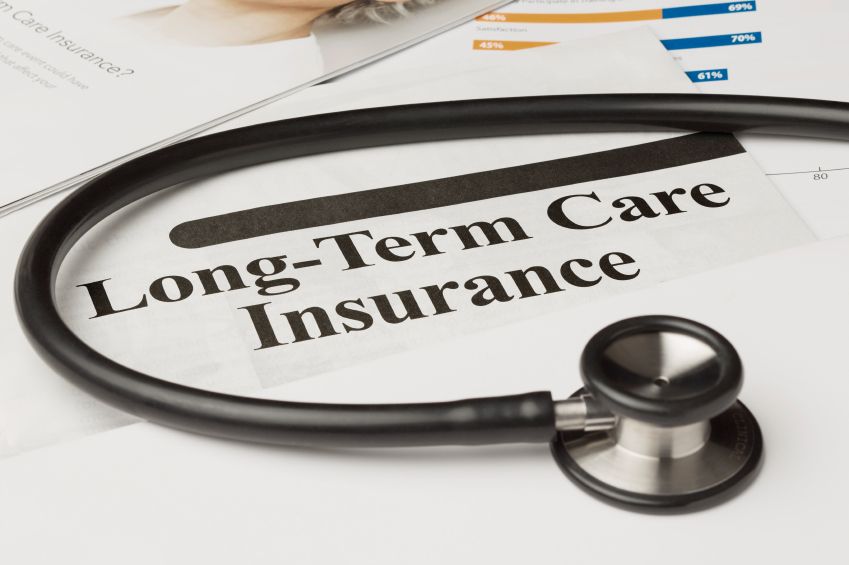 Like many of our readers, the staff at Shift has avoided learning more about a new state payroll tax that was established to fund a state-run long-term care program. The issue seemed messy and complicated, and we were

busy with COVID mandates, liberal political violence, and the elections. Yet, many of our readers requested more information on the issue.  Upon learning the details, we must agree, this is an important issue for everyone to learn more about for it will soon impact all of our personal finances and could rapidly grow into another large, expensive, and unwieldy government entitlement program. To provide everyone with an initial briefing on the long-term care payroll tax, we interviewed one of the foremost experts on the issue, Elizabeth Hovde of the Washington Policy Center.  Elizabeth recently joined the excellent team at WPC after previously being a journalist for the Vancouver Columbian and The Oregonian.

The Legislature passed a law in 2019 dealing with long-term care. What is long-term care and why does the state want to get involved in it?

Long-term care generally refers to non-medical care for patients who need assistance with basic activities of daily living, such as dressing, bathing, cooking and moving around. Long-term care is provided at home, in nursing homes or assisted living facilities.

The U.S. Department of Health and the insurance industry agree that seven out of 10 adults 65 and older will require some type of long-term care during their lives. And right now, numbers show a lot of them are turning to Medicaid — a need-based government program. In 2016, the insurance industry reported that fewer than one in 30 Americans own a long-term care insurance policy. And the National Association of Insurance Commissioners and the Center for Insurance Policy and Research reports that “due to the aging of the population along with reductions in retirement savings, Medicaid is one of the fastest growing health programs in the country. Its growth is creating significant budgetary pressures on the states.”

Washington lawmakers see Medicaid eating up our tax dollars and don’t want Medicaid to overwhelm the state budget. So they created an entitlement program funded by workers, during their working years, to help pay long-term care Medicaid costs for those without long-term care plans. A payroll tax will hit workers’ paychecks in January.

Why are we hearing about this now and not the past two years?

The Legislature revisited the 2019 law this past session and tweaked it, in an attempt to make the entitlement program more solvent. (It’s still not solvent in its current structure.) The legislative activity had the attention of the insurance industry and caught the attention of Washington Policy Center, as it further limited workers’ choices.

One new tweak requires a worker to have a long-term care insurance policy in place by Nov. 1st to be able to apply for an exemption from this payroll tax. That Nov. 1 date is sooner than it was in the original law, and it comes before many workers will even know about the payroll tax. We’ve been on a mission to inform workers about the law, the coming payroll tax, the only option remaining to them and its new deadline.

The state only recently started posting information about the program that it has branded the WA Cares Fund, and rules for the law are still being formed by the Employment Security Department.  As a result, many questions remain unanswered, causing confusion and frustration. Because the state has been pretty quiet about the coming payroll tax, people also feel blindsided. The widespread confusion and frustration indicates to us that workers don’t like lawmakers limiting their options or making their financial decisions for them.

Instead of using its bully pulpit to encourage Washingtonians to start planning for their long-term-care needs, which is what state lawmakers should have done, the state is imposing this socialized system.

How much is the payroll tax attached to the law, and who will it impact?

This new payroll tax will bite into W-2 employees’ incomes at a rate of 58 cents per $100. There is no cap on income, so workers who earn $25,000 annually will pay $145 each year, people making $50,000 will contribute $290, a worker earning $100,000 will pay $580 a year and so on. Most workers who pay in for a required number of years are vested and eligible for the same lifetime benefit, regardless of the amount of money they’re forced to contribute and regardless of their individual needs.

That lifetime benefit is $36,500, which is a laughably small amount to anyone who knows the high costs of long-term care and the average length of time people typically need it. (See Genworth’s Cost of Care Survey for more information about costs.)  A modest level of care can cost more than twice that.

Even after paying into the program for years, some people won’t get the $36,500 to help with long-term care needs because the promised benefit is not portable. If you move out of the state for your retirement years and end up needing long-term care, you’re out of luck. Some soon-to-be retirees also are out of luck. They’ll pay into the program, many during their highest-paid working years, but won’t receive the promised benefit because they haven’t met the required number of years to be considered vested. Both of these groups might want to opt out of the program.

Even low-income workers don’t win with this law. They’ll not only watch their incomes go down, leaving them less equipped to save money or make plans for their retirement years, but since $36,500 in lifetime benefits is typically insufficient, they won’t have much to feel safe about and are being offered false security.

Is there any way out of being taxed?

Yes. You need to have a qualified long-term care insurance plan in place by Nov. 1st and then apply for an exemption with the state between Oct. 1st and December 2022. When you apply for an exemption, the law dictates that you must give a one-time attestation that you have a private insurance plan. (The actual exemption application form has not been made public yet.) If approved, employees must show exemption approvals to their employers.

See this blog for more information about the opt-out process.

Who wanted this? Were there arguments against it?

This wasn’t a bipartisan piece of legislation: The vast majority of Republican senators and representatives voted against this idea, joined by three Democrats. See the roll calls here.

Washington workers for a one-size-fits-some entitlement, many lawmakers were against the long-term care law

because the program it creates faces insolvency. Don’t count on the payroll tax staying at 58 cents per $100 or the benefit staying at $36,500. It could change.

Republican Sen. John Braun, one of the lawmakers who voted against creating the program in 2019, said in 2019 that it was time to rethink the entire program because of the insolvency issue. We hope he and other lawmakers will seek to repeal the law.

How is the long-term care market reacting to implementation of the coming law?

Because the new state program is a bad deal for so many Washingtonians, and because Washington workers’ only choice is to pay into the state’s new long-term care program or obtain a private plan of their own before Nov. 1st, which is not a full choice, workers have made a mad rush on providers.

Long-term care insurance providers are working to prevent Washingtonians from opening mere tax-avoidance policies. Since there is only a one-time attestation outlined in the law (that also could change), long-term care insurers expect many people to buy private plans and then drop them after they receive an exemption from the state. As a result, providers have changed plan minimums, made underwriting more intensive and raised age limits.

Elizabeth Hovde directs the Centers for Worker Rights and Health Care at Washington Policy Center. Read more of her policy analysis on the WPC blog and here.