First Governor Inslee’s staff restricts the public and now they restrict the media in attending events. Are they afraid of what the governor might say? 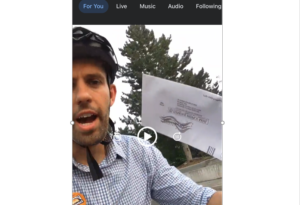 Spokane City Council Candidate Zack Zappone openly flaunted breaking Washington State laws as he was campaigning in August.  The candidate live streamed himself on Facebook as he was riding his bike (even with no hands on the handlebars) on busy Spokane streets.  Just as Democrat Senator Rebecca Saldana was breaking state laws for distracted driving when she provided testimony in a legislative hearing while driving a car, Zappone was also illegally operating a vehicle while distracted.  Zappone has campaigned on the extreme platform of “defunding the police”, so perhaps being distracted is a plus. He is also endorsed by the Washington State Democrat Party whose Chair has been supporting the ultra-extreme Nicole Thomas Kennedy for Seattle City Attorney (i.e. the candidate who called arsonists “Heroes” and said police “should eat COVID-laced sh*t & quit ur job”). Breaking state laws and being associated with radical Seattle activists probably isn’t the best way to win an election in Spokane. (Click to read full Shift Article)

As the Daily Briefing reported last week, Governor Jay Inslee’s staff is working extra hard to ensure the governor is shielded from any alternative points of views as he continues to use emergency powers (for nearly 600 days!) in his one-man rule of the state, without worrying about the state constitution and those pesky legislators.  First the governor’s team refuses to inform any media of trips outside of the governor’s mansion until the day before (a tactic we learned the governor’s staff uses to prevent protestors from organizing).  Real profiles in courage, those Inslee lackeys.

Now we learn the governor’s staff is using the rarely employed tactic (at least in Washington State politics) of forcing all members of the media who wish to attend the governor’s events to R.S.V.P. in advance and only provides them a few hours’ notice during the working day to do so.  In announcing his various photo ops in Bellingham today, the governor’s press team emailed late yesterday (at 3:42 PM) the schedule of events for his rare visit and it contained the following note for the media: “All media interested in covering the governor’s stops must RSVP with the governor’s office by 8:30 AM Tuesday. Only media who have RSVP’d will receive more details and be permitted to attend.”

Our guess is the governor’s press team had informed their friendly media members well in advance, and this is a tactic to ensure those who might pose tough questions be kept away from the governor.  First Inslee cuts out the legislators, and now he cuts away the media.  Not exactly what our nation’s founders imagined when they created our democracy.  (Governor Inslee Media Advisory and Walla Walla Union Bulletin)

The Washington State Hospital Association warns that as many as 5% of its employees could be separated from their jobs next week when Governor Inslee’s vaccine mandate takes effect. The association is expecting 3,000 – 7,500 of its own member employees to potentially be fired due to the mandate.  Hospitals in rural communities are expected to be hit the hardest, since the vaccination rates are lower there.  The association warns that Inslee’s science-free approach will likely mean long delays for patients seeking assistance due to the reductions in staff.  (KIRO7 News)

Liv Finne of the Washington Policy Center writes that the best way for local school boards to slow the mass exodus of students from public schools is for them to reject race politics and focus on core learning. In a Centralia Chronicle op-ed, Finne points out that 50,000 students had been pulled out of Washington State public schools as of the beginning of the school year.  Some of these transfers are due to the failure of the state’s schools to adequately instruct the students through distance learning, some due to various mandates imposed by the state, and some of it is due to parents being upset with the racist curriculum being taught as Critical Race Theory.  Finne suggests the best way to stop further enrollment erosion (and the loss of state funding connected to each student) is to stop teaching the divisive race theory and instead focus on delivering the core education which state law requires schools to provide.  (Centralia Chronicle)

Evidently Democrat elected officials believe it is a very difficult choice on whether to support a candidate (Nicole Thomas Kennedy) for Seattle City Attorney who only months ago called arsonists “Heroes” and wants police to “Eat COVID laced sh*t” or a candidate (Ann Davison) who ran as a Republican in 2020, because she was fed up with the Democrats’ failure to address the booming homelessness crisis in our region.   While this is an obvious choice for nearly all rational voters, for Seattle Democrats like Senator Jamie Pederson this is “a huge pickle.”  Senator Pederson, like nearly all elected Democrats, refused to condemn the violent actions (including a mass murder attempt of police personnel) by liberal activists who rioted in his district in 2020, is refusing to take a stand in the city attorney race now that his preferred candidate, incumbent City Attorney Pete Holmes, was dumped by voters in the primary.

Meanwhile, Representative Gerry Pollet (D – Seattle) has difficulties understanding how a lifelong Democrat (Davison) became so fed up with the Democrats’ repetitive failures in handling the homelessness crisis, and enabling thousands of people to live cruel and desperate lives, that she ran as a Republican for Lt. Governor.  Maybe why Representative Pollet and other Democrats have difficulties in supporting Davison is because she is a former Democrat who actually wants to help those who are homeless, and who doesn’t use those suffering as a tool to achieve the liberal goals of increasing the size, cost, and power of government. (Seattle Times)

The failure of liberal City of Seattle officials to adequately address the homeless problem has many Green Lake area residents upset at not being able to use the park, as its homeless encampment population continues to grow.  The city no-longer issues permits for those seeking to hold events at neighboring Woodland Park, since encampments have taken over all the shelters. Numerous calls have been made to 911 due to violence and fires, and even more calls to city council members have been made.  The city claims it is doing something about it, but refused to give specifics or any details on when the problems will be resolved. Because the answer is “never.” (KING5 News)

Native Americans protested the fact that liberals in Seattle have been receiving their electric power for decades from fish-killing dams that are on the ancestral lands of three tribes – the Upper Skagit Indian Tribe, the Sauk-Suiattle Tribe and the Swinomish Tribe. If any other city in the state was receiving its power in this manner, protestors would be bused in, environmental groups would be issuing multiple press releases, and Governor Inslee would be wasting millions of tax dollars commissioning useless studies. But, all these liberals give the City of Seattle a pass, and instead focus their efforts in tearing down the Snake River dams (where salmon runs are actually increasing) because it only impacts the lives of people who live in rural communities. Anyone else notice the hypocrisy here? (KING5 News and Tri-City Herald)

As the City of Seattle continues to make life easier for criminals, city libraries are targets for criminal activities and city taxpayers are the ones who have to pay to repair the damages.  The Seattle Public Libraries estimate that nearly a half million dollars in damages have occurred at their branches in the past 18 months.  Much of the damage is due to vandalism (from graffiti to shot-out windows).  The Ballard Fremont branch suffered $60,000 in damages due a fire that broke out in a homeless encampment next door. (MyNorthwest)

Crosscut, a popular blog site for Seattle liberals, has hired a new reporter to cover Eastern Washington and she says she wants input from Eastern Washington residents on what she should cover (of course she first asked Western Washington people to tell her what they want to know about “your neighbors east of the Cascades”).  Mai Hoang says she has been covering Eastern Washington for 15 years before accepting this new position with Crosscut.  She admits that often reporting on Eastern Washington has often been “cursory, and sometimes stereotypical” (finally someone from the media admits this). If you have thoughts on something that should be covered, you can contact Ms. Hoang at [email protected]. (Crosscut)

The status is still unclear for Washington State University Football Coach Nick Rolovich’s religious exemption, which he filed to comply with Governor Inslee’s vaccine mandate.   A WSU committee is apparently reviewing each exemption “blindly”, not knowing who is the applicant. We suspect even Cougars might be able to figure out this one when they start reading it. Even if Coach Rolovich is granted the exemption, it is not known if he will be able to keep his job.  The deadline for being fully vaccinated is next Monday. (KXLY) 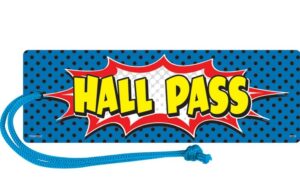 Governor Jay Inslee embarrassingly claims the reason for his continued use of undemocratic “emergency powers” (for nearly 600 days!) is because “only I can save lives,” yet the reality is that he truly enjoys making partisan political decisions which benefit his major campaign contributors.  Governor Inslee’s latest political handout is to his buddies in the Service Employees International Union (SEIU), who the governor says he won’t terminate even if they are not vaccinated after next Monday’s deadline, as he has promised he will do to other unvaccinated state workers.  Even though many SIEU members’ job is to provide home health care to those (think the elderly and those with serious medical conditions) who are most susceptible to the effects of COVID, Governor Inslee thinks those workers should be spared from losing their job, while state forest workers who spend their days out in the woods will be fired for ignoring his orders.  It is amazing how the millions of dollars in campaign contributions which the SEIU pours into Democrat candidates’ campaigns helps clear up the “science” Governor Inslee claims dictates his actions. (Click to read full Shift Article) 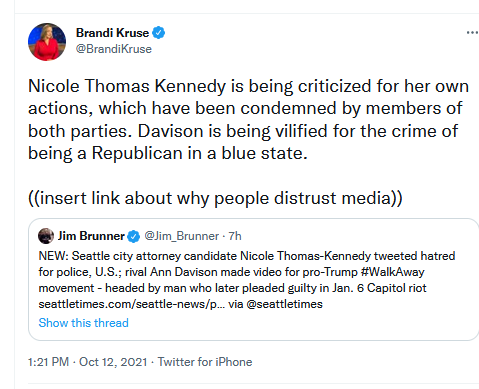 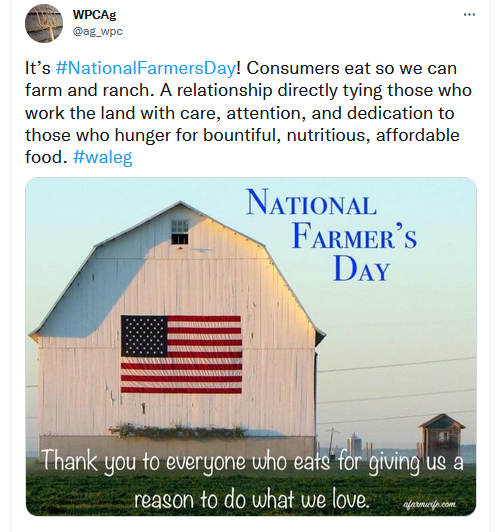 You were informed by what you read?