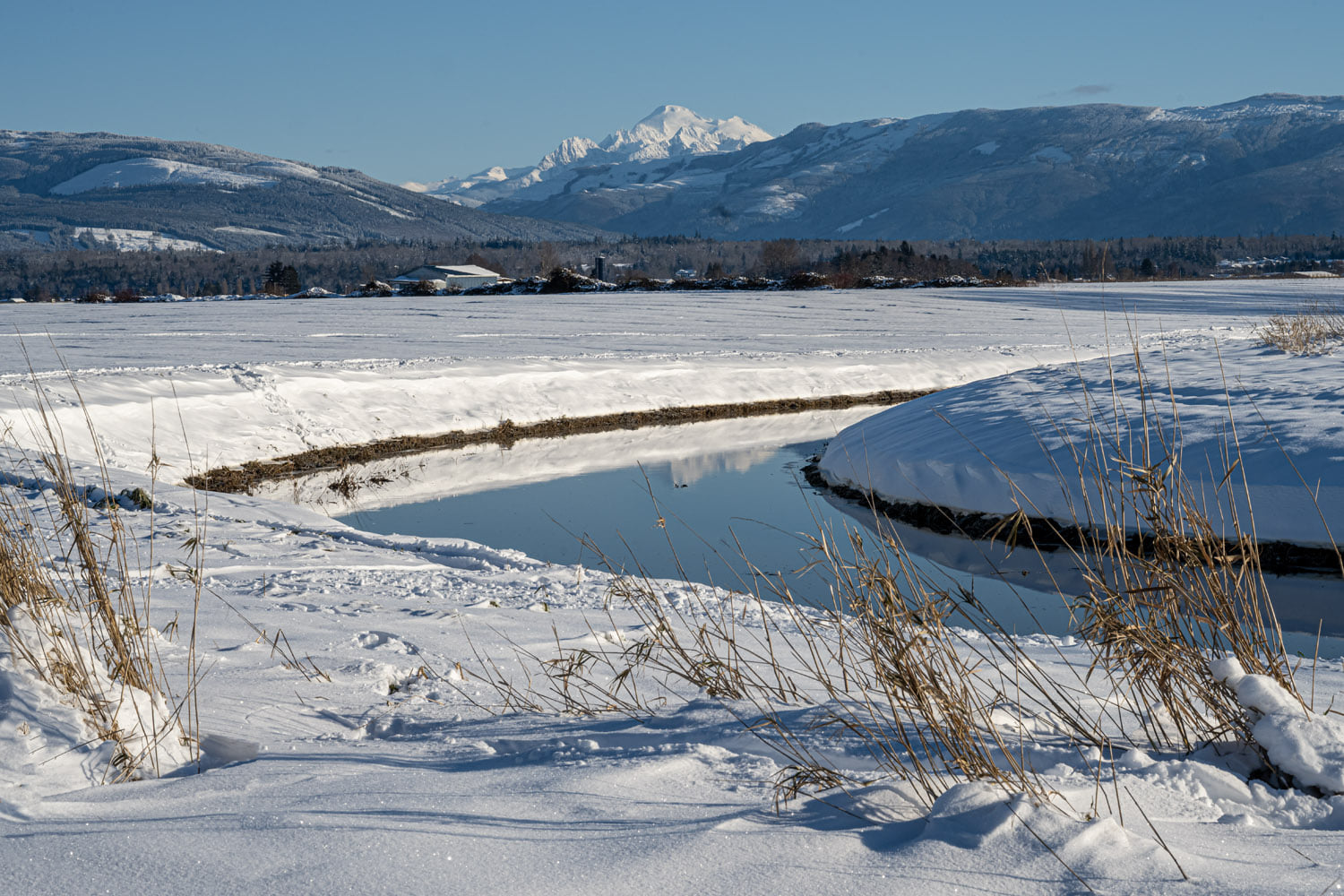 Shift’s Newsmaker Interview is with House Republican Leader JT Wilcox (Yelm) on the start of the 2022 Legislative Session.  While the 2021 session was focused on the Democrats pushing an irresponsible and expensive liberal agenda, this year’s session appears to be centered on correcting the poorly developed liberal policies from the past. This includes the disastrous Long-Term Care payroll tax, various dangerous police reform bills, and the failure of the Democrats to place limits on Governor Inslee’s undemocratic abuse of emergency powers. Leader Wilcox discusses these issues and gives his thoughts on the lawsuit brought by both Democrat and Republican legislators against Governor Inslee for his illegal and repetitive abuse of his veto authority, and the confusion created by the Democrats during the redistricting process.  Finally, Representative Wilcox provides his optimistic thoughts on the 2022 elections. (Click to read full Newsmaker Interview)

The often “truth challenged” Governor Jay Inslee said last week that he supports making it illegal for politicians to lie about election results.  The governor has thus far not backed his illogical statement with any actual proposed legislation. While his irresponsible suggestion is likely unconstitutional, as a lawyer and career politician the governor is well-aware that political figures often twist facts to promote a political belief, for he has done this often in his career.  From promising on the campaign trail to veto any new taxes, to saying he was completely unaware of his liberal supporters rioting on Capitol Hill, Governor Inslee has not exactly centered honesty as guiding principle.  But, if the governor is successful in making it illegal for politicians to lie, then he had better hire a really good defense attorney.  (Click to read full Shift Article)

Even the liberal reporters at the Seattle Times admit that the biggest challenges facing the 2022 legislature are how to fix the problems the Democrats created with their previous bad legislation.  As the legislature begins its 60-day session, among the major issues will be how to fix the disastrous Long-Term Care payroll tax and the Democrats’ 2021 pro-criminal police reforms.

The Democrats have already stated that they plan to delay implementation of their unpopular Long-Term Care payroll tax until after the 2022 elections, to try and protect their very vulnerable Democrat legislators in swing districts.  Early proposed fixes by the Democrats seek to remove out-of-state workers and the family members of military service members from being forced to pay the tax.

Yet there does not appear to be a solution for others who will be forced to pay the poorly designed tax and yet be ineligible to receive benefits from the inappropriately named “WA Cares” program.  These include those who are within 10 years of retirement and those who will spend their retirement years in other states.  There has also not been a proposal on how the program can remain financially solvent without an immediate large tax increase. Republicans appear to be united in their desire to totally repeal the program (written only to benefit major Democrat campaign donors at the Service Employees International Union) which Republicans had warned was one of the most poorly created pieces of legislation that has recently been passed by the Democrats running the Washington State Legislature.

Competing for the distinction for terribly-written legislation are the bills contained in the Democrats’ 2021 “police-reform” package, which allowed numerous criminal suspects to remain free and has resulted in a dramatic increase in violent crime – especially in low-income neighborhoods.  Republican legislators have already proposed nearly 50 different pieces of legislation under their “Safe Washington” package which seeks to address many of the problems created by the Democrat’s bills (quickly passed to reward the political violence committed by liberal activists during the summer of 2020) and to correct the multitude of problems in Governor Inslee’s Department of Corrections.

Republicans in the legislature will also seek to repair another problem created by the Democrats – ending the (now 681 days) governor’s never-ending, undemocratic abuse of emergency powers. During the 2021 session, Democrat legislators refused to even hold a hearing on amending the state’s emergency powers act and only gave one hour of public testimony to citizens who expressed legitimate concerns about the governor’s emergency orders, despite well over 1,600 residents signing up to testify.

Evidently about a dozen vulnerable Democrat legislators have read enough emails from their frustrated constituents that they have stated they “might be” interested in reform.  Republicans have proposed HB 1772 seeking to limit the governor’s emergency powers for 60 days before legislative oversight resumes.  We will see if Democrats will back up their public statements and actually reform emergency powers, or if they will continue to just enable a partisan governor to abuse his authority.

The 2022 legislative session will again be a virtual one, as Democrats remain afraid to allow the public (and even the media) to watch their abuse of democracy in person. The Democrats once again are removing the public from the legislative process this year. While nearly all businesses (including packed Indian gaming casinos, sports arenas, and concert venues) have resumed normal crowded operations, apparently the Democrat leaders do not believe their members are capable of following simple vaccine/testing procedures.  Or possibly Democrats are afraid to hear the public’s opinion on the poorly crafted laws they continue to impose on Washington State residents. (Seattle Times, Elizabeth Hovde Newsmaker Interview, Washington Legislature Bill Summary, and Shift Article)

Paul Guppy of the Washington Policy Center provides four reasons why state lawmakers should cut the sales tax in a Seattle times op-ed.  The reasons Guppy provides for the legislature to reduce the state’s current 6.5% sales tax rate by 0.2% are: ) The state has plenty of funds with a $8 billion surplus;, 2) a sales tax break would benefit low-income and middle-class households the most; 3) it would make the state’s tax structure more fair and less regressive; and 4) a sales tax cut would help ease the highest inflation rate since the Carter Administration. FYI – the last time the state’s sales tax rate was reduced was in 1982. (Seattle Times)

The University of Washington continues to censure any political point of view expressed by a professor which does not reflect an extremely liberal perspective.  This discrimination has been previously displayed by the UW Administration against highly respected because his scientific research does not line up with liberal religion on climate change (thus potentially endangering the millions the university receives in tax money to study climate conditions).

Now highly credited Computer Science Professor Stuart Reges is in the administration’s crosshairs because he does not subscribe to liberal virtue signalers about land ownership.  In his course syllabus, Professor Reges went against the grain of liberal educators who claim on their syllabus that the land owned by the UW was stolen from Native Americans, when he included the sentence, “I acknowledge that by the labor theory of property the Coast Salish people can claim historical ownership of almost none of the land currently occupied by the University of Washington.”  This outraged the sensitivity of liberal administrators, who immediately removed the sentence from the syllabus, apologized to all students, and then scheduled an identical class with different instructors at the exact same time. (MyNorthwest and Shift Newsmaker Interview)

Former Republican U.S. Attorney Brian Moran has agreed to help the City of Seattle Attorney’s office with the backlog of more than 4,000 cases left unprosecuted by previous City Attorney Pete Holmes. New Seattle Attorney Ann Davison made the announcement that Moran, who recently served as the Western Washington U.S. Attorney for three years, after serving as Chief Deputy for Washington State Attorney General Rob McKenna, agreed to a short-term assignment to advise on the backlog, and on hiring and criminal priorities. (Gorge County Media)

Washington State University has delayed the start of Spring Semester because Governor Inslee’s vaccine mandate resulted in the dismissal of 400 Washington State Department of Transportation (WSDOT) workers, which resulted in the unprecedented closure of all four highway passes in the Cascade Mountains.  Because thousands of students were not able to make it to the campus, the school has delayed today’s scheduled start of the semester to Wednesday.  WSDOT is obviously concerned about the reasons for the closure of the passes and continues to post false information that the reasons are solely because of the weather, ignoring the fact that road crews have been cut nearly in half due to the governor’s vaccine mandate and that impact in causing the closures. While tweeting that Snoqualmie Pass had opened on Sunday, WSDOT decided to mention that weather was the only factor in the pass closure and failed to mention the pass was open only to freight traffic. (KQQQ Pullman Radio, Washington Policy Center blog, and Todd Myers Facebook post)