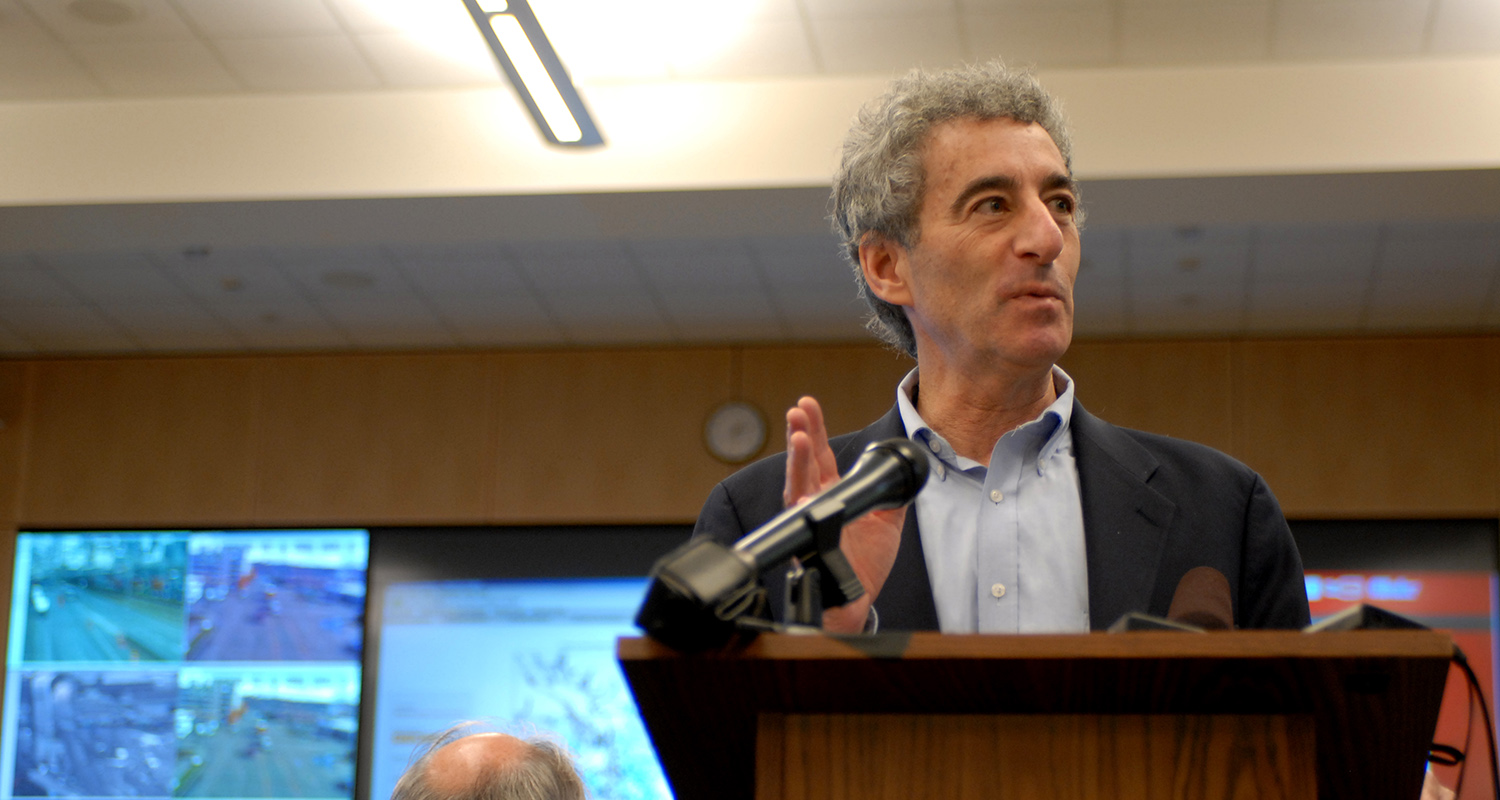 This week’s Newsmaker Interview is with University of Washington’s Atmospheric Science Professor Cliff Mass. The professor literally wrote the book on local weather patterns (“The Weather of the Pacific Northwest”), yet he is best known by many for his skirmishes with members of the liberal academia and the “cancel culture” who want to silence his scientific findings and viewpoints.  Recently, Mass was fired from public radio KNKX for a blog post he made regarding the current conditions in downtown Seattle and the on-going violent protests.  This past week, Mass again made headlines for refuting Governor Jay Inslee’s assertions that the wildfires were caused by climate change.  In his interview with Shift, Professor Mass talks about false climate change declarations, fear in academia, and the dangers of the cancel culture.

You recently stated that Governor Jay Inslee’s assertions that the recent wildfires are the result of climate change as being “180 degrees wrong.”  Can you elaborate on why the governor’s statements are not correct?

The key fires during this event have been on the western side of the Oregon Cascades.  These fires exploded due to very strong and very unusual easterly winds.  Regional climate models suggest such winds will become WEAKER under global warming.  Thus, major west-side wildfire events might become LESS probable under global warming. The past summer has not been particularly unusual in terms of snowpack, temperature, or precipitation; thus, climate change hardly seems a probable cause.  On the other hand, there were record-breaking easterly winds.

Coincidentally, you said that you have been working on some research regarding wildfires.  Can you tell us what your research has found thus far and what should we be doing to prevent more fires in the future?

I have been studying the meteorology of major wildfires in CA and in the Northwest, using both observations and simulations. This work has demonstrated the central importance of strong winds and dry weather conditions.   Many/most of the fires propagated on grass and bushes, not forests.  Such light fuels dry rapidly and climate change is not a major modulator of their activity.  To prevent more fires in the future, forests must be thinned and restored.  We must stop careless fire ignition (e.g., poor electric transmission systems).   We must end development at the urban/wildland interface.

You created some controversy recently in a blog post in which you provided your thoughts on the deteriorating condition of downtown Seattle and you likened some protestors’ actions to those of the Nazi brownshirts.  Did you imagine the post would create the controversy it did and did the controversy overshadow the point of the blog post?

I expected that the blog would be controversial, but not to the degree that occurred.  In some ways, the controversy highlighted and extended the reach of my message.  The intense reaction proved many of the points I was making, including a lack of respect for diversity of viewpoints.  The situation during the subsequent month (shootings, violence, riots) also showed my blog was on target.  Sometimes controversy can be a powerful tool for restoring society.

How much of the grief that you get from the environmental left is due to your embracing a revenue neutral carbon tax in 2017, and then opposing the more bloated I-1631 carbon tax the next year?

I have had endless grief, including name calling, personal attacks, and calls for me to be fired from my KNKX position and my faculty position at the UW.   Many of the environmental left did not support the first carbon tax (732), because they wanted much of the money–something that was very revealing.  But it was my opposition to I-1631, the carbon tax supported by the environmental left, that really got their ire. I opposed it because it preferentially hurt low-income people, was very poorly designed, and was highly partisan.  Instead of respectful debate, they rapidly moved to accusations and name calling.

When did you first start noticing a change in tone from your critics on the Left?

Things started to shift in the early 2000s, as partisanship in the climate arena revved up.  But it was around 2010, as social media took off that the situation became increasingly harsh and hurtful, with a huge jump in nasty tone after Trump’s election.  Keep in mind that I was no different than the other faculty up to about 2006.  It is then that the “snowpack” controversy developed at the UW and a staff member was fired from his position as Associate State Climatologist because he questioned ideas of rapid melt.  I was horrified at this break of academic principles and ethics, and the willingness of some faculty to dissemble in order to promote the actions they wanted.

What are your thoughts on the “cancel culture” that has taken over public discourse? What kind of support do you receive from the University of Washington administration and your professorial colleagues when these non-UW controversies arise?

Cancel culture is extraordinarily damaging to a democracy, whose viability depends on respect for and consideration of a diversity of ideas and viewpoints.  Cancel culture is particularly damaging to a university.    The UW Administration has not been supportive, and startlingly, the past departmental Chair and the college Deans and Associate Deans, publicly criticized my blog on 1631, which I believe is totally inappropriate and contrary to faculty code.  Many of my colleagues are highly left leaning and have not been supportive.  The faculty that are supportive tell me they are afraid to express their viewpoints publicly.  Fear of the activist left is endemic within the University of Washington.

Professor Mass’ blog can be found at: https://cliffmass.blogspot.com/