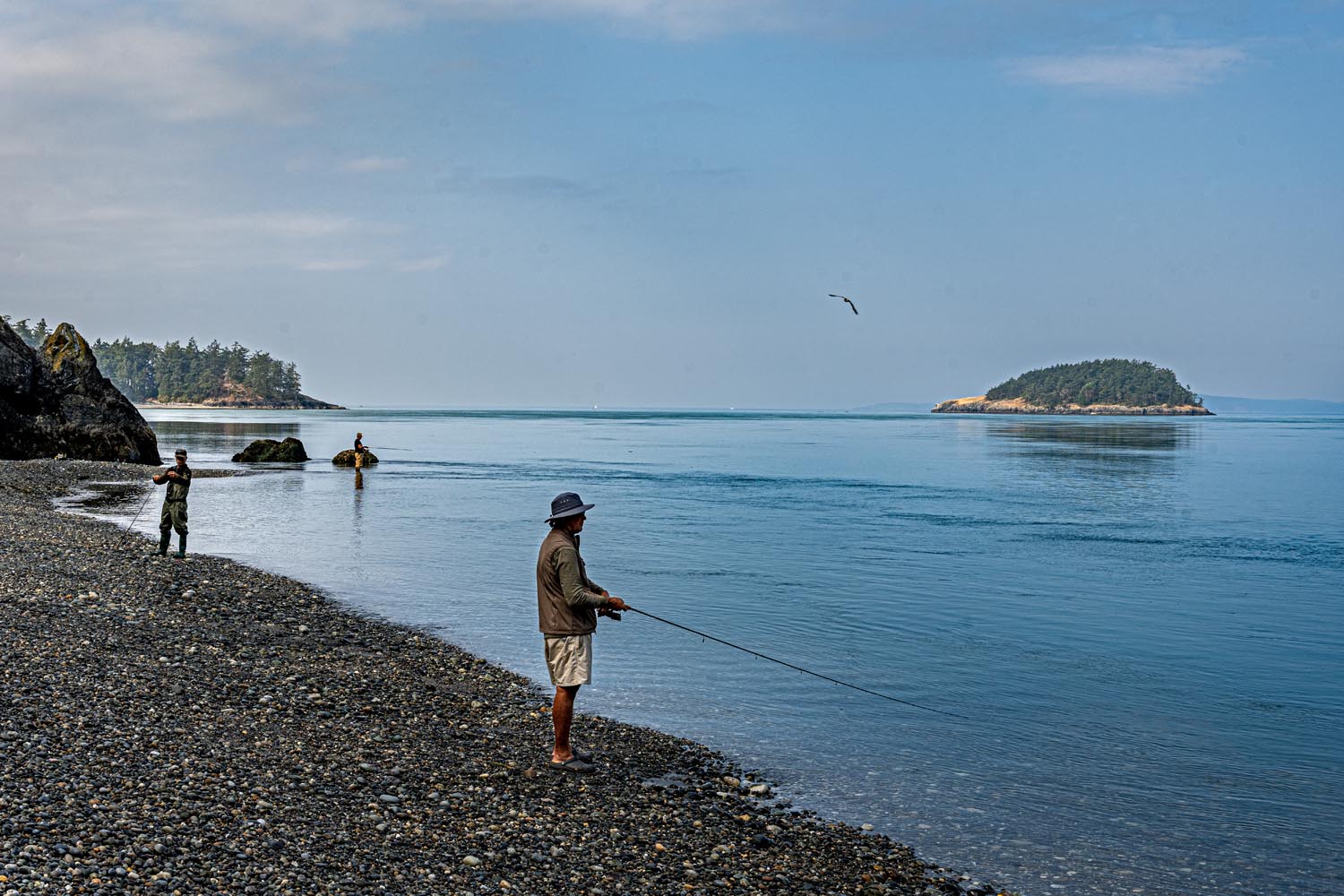 Senator Lynda Wilson (R – Vancouver) writes in a Centralia Chronicle op-ed that California’s threats of black-outs due to a lack of power generation should serve as a warning to Washington leaders, especially those who want our state to blindly follow whatever environmental policies California lawmakers jam through.  Recent expensive building code changes and prohibiting the sale of new gas-powered vehicles by 2030 are just two of the latest examples of Washington’s Democrat lawmakers allowing California lawmakers to decide our state’s policies. The senator warns that our state could also be facing energy shortages especially if Governor Inslee and U.S. Senator Patty Murray are successful in their mission of destroying Southeast Washington’s economy by tearing down the Snake River dams and destroying the clean, renewable energy they produce. (Centralia Chronicle)

There has been more attention to charter schools at both the national and state levels after the poor results of public schools during the pandemic. Parents are seeking alternative forms of instruction providing more flexibility than the one-size-fits-all approach found in modern public schools, and one in which teachers union bosses don’t have more say than parents on the education of their children.

The Discovery Institute’s Walter Myers III attempts to correct several misconceptions of charter schools in a recent Real Clear Education article. Myers points out that charter schools are public schools which receive their funding from taxpayers, yet they are “exempt from state and local regulations to a substantial degree, giving them the flexibility and autonomy to innovate and meet the needs of students.” As opposed to typical public schools, charter schools have an incentive to provide quality education for they are accountable through a review process to ensure they are meeting their stated objectives. (RealClearEducation/Discovery Institute)

Evidently President Joe Biden did not consult with Washington State Governor Jay Inslee before proclaiming in a national interview that “the pandemic is over.” President Biden made the comments in a “60 Minutes” interviewed which aired on Sunday. The governor’s “science” has often differed with the science used by the Biden Administration (and in the rest of the real world), as it did in 2021 when Governor Inslee said he would lift restrictions once Washington State reached the 70% vaccination level.  Remember in early June the White House (using more complete and accurate figures) congratulated our state for reaching this benchmark, while the governor, who was reluctant to relinquish his dictatorial power over the state, said the figure was at 64% (mostly due to the state conveniently not including vaccines administered by the feds).

The unscientific and random process the governor now utilizes apparently shows that the COVID pandemic will not end for another 42 days, when he will finally end his 975 days of abusing emergency orders on October 31st. The governor has used and abused emergency orders to impose post-pandemic laws (such as prohibiting anyone without a COVID vaccine from EVER obtaining a job with the state).

We have been wondering if Governor Inslee will take another victory lap around the state in early November (to coincide with the midterm elections) as he embarrassingly did in late June/early July of 2021, when he prematurely patted himself on the back for “winning the Super Bowl” against COVID. If you remember, soon after that the state’s COVID infection rates skyrocketed to their highest levels and the governor imposed new facemask mandates and unscientifically targeted restaurants and bars with severe restrictions. (60 Minutes, Shift, OPB, and Brandi Kruse Twitter)

The $228 million contract Seattle Public Schools (SPS) administrators tentatively agreed to with the Seattle Education Association will likely result in the elimination of more educational services for students due to budget constraints.  According to the Seattle Times, the contract “could deplete the district’s rainy-day fund and still leave SPS with a multimillion-dollar budget shortfall.”  It is estimated that the contract will add an additional $92 million to the district’s already overbudgeted deficit.  Thus, as we have seen repeatedly around the state, the needs of the teachers and their unions take precedent over providing quality education for our children. Union members are scheduled to vote on the bloated contract today. (Seattle Times)

The leaders of the Suquamish Tribe threatened a lawsuit against King County for its repeated spills of sewage into Puget Sound, so County Executive Dow Constantine approved an agreement to give the tribe $5 million (plus an additional $240,000 for the tribe’s attorneys) in taxpayer money.   It was not explained in the article why the Kitsap Peninsula-based tribe deserves the money more than any of the other communities on Puget Sound which have been negatively impacted by the nearly dozen large spills caused by poor management of the King County sewage system.

It was interesting that King County officials noted that the agreement including timelines for fixing all spill-related problems or face $40,000 fines (and then additional $10,000 monthly penalties).  One official said, “The settlement agreement comes with a really strict timeline and methods for holding us accountable. It enables us to say we have to get it done by this deadline.”  If Democrats are as concerned about the environment as they claim to be, than shouldn’t ending the dumping of millions of gallons of raw sewage (which causes serious damage to the environment) be incentive enough to expedite the fixing of the system?  And when has spending taxpayers’ money ever been a concern for Democrat government officials? Afterall, it is not their money they have to pay, so why be accountable? (Seattle Times)

One of the two men charged in the highly publicized (and random) January 2020 Downtown Seattle shooting of six people has been found not guilty due to a bizarre definition of self-defense.  The defendant Marquise Tolbert and his friend William Tolliver set out to shoot a rival gang member in Downtown Seattle, yet they were surprised when their targeted victim also had a gun. The two suspects then fled and shot 19 rounds over their shoulders, killing one 50-year-old women, seriously injuring two more people, and hurting three more bystanders.  Shockingly the jury sided with the defendant’s self-defense arguments and found him not guilty, and he will be set free. The second defendant Tolliver will face a trial next, and we can bet his attorneys will use a similar self-defense argument to obtain an acquittal. Sadly, with the Democrats and liberal elected officials unapologetically supporting pro-criminal policies, there is very little hope that self-defense laws will be corrected (as they have been in other states) to ensure this type of miscarriage of justice does not happen again. (MyNorthwest)

Spokane County’s Undersheriff John Nowells believes the Democrats’ legislation which restricts pursuits by police “is empowering people to disobey the law.”  Undersheriff Nowells understands the frustration of many victims upset in rising crime rates.  He reports that outside of the City of Spokane, car thefts are up 55%, commercial burglaries are up 31%, and residential burglaries have increased 15%. He said,  “We are putting effort into identifying suspects and tracking them, but if they get into a car and take off, we are not allowed to chase them.”

Nowells asserts that the situation will become worse unless state lawmakers reverse the damage done when the Democrats in the Washington State Legislature caved to the demands of liberal rioters to pass their 2021 anti-police package.  The primary legislative problem was HB 1054, which restricted pursuits of fleeing vehicles.  During the 2022 legislative session, the Democrats in control of the Washington State Senate refused to pass a bill (SB 5919) which would have allowed law enforcement to again pursuit suspected criminals. Thus it appears there will be no correction of the state’s anti-pursuit laws if Democrats remain in control of the legislature.  (The Center Square and Washington Legislature Bill Summary)

Shift’s Newsmaker Interview was with Republican Senator Simon Sefzik, who is running in the 42nd Legislative District (Whatcom County) to retain the seat he was appointed to last January, after the passing of former Senator Doug Ericksen.  The young senator made an immediate splash in Olympia when he proposed using the state’s surplus funds to suspend Washington’s 49-cents-a-gallon gas tax. Unfortunately for lower and middle class workers who are impacted the hardest by rising fuel prices, the Democrat majority ignored their financial concerns and refused to even discuss the proposal.

In the interview, Senator Sefzik discussed his re-election campaign and how he differs from his opponent who supports the Democrats’ anti-police legislation, while he has been endorsed by law enforcement. He states his opponent has supported bills which have made housing more expensive (state regulations increase the cost of homes by 24%!), while he supports legislation which will help families purchase a new home. He states he will support a state budget that “prioritizes education and tax relief” and helps small employers. The senator outlines his thoughts on how to help students who have endured a poorer quality of education the past two years and he says a Russian classic is one of his favorite books. (Click to read full Newsmaker Interview)

We asked Shift readers to tell us their stories on how the Democrats’ anti-police legislation has negatively impacted their lives.  We were overwhelmed by the response as it seems everyone has either become a crime victim or has been forced to alter their lives to stay safe. From suburban office park owners who have seen their parking lots become the place where drug dealers and prostitutes conduct their illegal activities to mothers in rural communities who no longer allow their children to play outside unattended, the Democrats’ agenda has made nearly every Washington State residents’ life worse (except for criminals, who have never had it so good). Most shocking is the number of people who said they were seriously considering moving out of the state with Washington’s crime rates the motivating factor. Sadly conditions will only get worse as Democrats appear to be unwilling to reverse their soft-on-crime legislation, and they are even planning to pass more pro-criminal bills if they remain in control in Olympia. (Click to read full Shift Article)