In a Shift exclusive, we report on the very bizarre act of Governor Jay Inslee’s office making public records requests for internal communications among four Democrat state senators and two Democrat legislative staffers regarding the 2021 session’s “grand bargain” on transportation and whether the governor had the constitutional authority to veto sections of the extreme Low Carbon Fuel Standard (LCFS) and the Cap-and-Trade bills. The surprising intra-party records request was made of Democrat State Senators Reuven Carlyle (Seattle), Steve Hobbs (Lake Stevens), Mark Mullet (Issaquah), and Kevin Van De Wege (Sequim) and staffers on the Senate’s Transportation Committee and Environment, Energy, and Technology Committee.

Earlier this year, the governor upset legislators who were involved in the “grand bargain” (which tied the implementation of Inslee’s two expensive and ineffective “climate” bills to the future passage of a transportation package which must include at least a 5-cents a gallon gas tax) when he unconstitutionally vetoed sections of the legislation which delayed the implementation of the climate bills until after the gas tax was passed (which is scheduled to take place during the 2022 legislative session).  Democrat legislators immediately threatened to file a lawsuit against the governor for overstepping his veto authority.  Yet, in the six months since the veto, no actual lawsuit has been filed. (Click to read full Shift article)

Maintaining a strong credit rating is yet another reason for standing against the Democrats’ jamming through a state income tax (starting with capital gains) on Washington State residents. In the S&P October report on Washington State, the company’s credit analysts state, “The ratings reflect our view of Washington’s: Sales tax-based revenue structure, which has demonstrated less sensitivity to economic cycles than income tax-reliant states . . . In our opinion, the [capital gains income] tax introduces some additional cyclicality to Washington’s revenue mix, given the state’s dependence on its top taxpayers, as well as investment performance.” (WPC for Government Reform Facebook post and S&P’s report)

Governor Inslee took time away from the exclusive cocktail parties and high-priced meals hosted by lobbyists at the global COP26 conference in Scotland to announce that Washington State agencies will be fully transitioned to electric cars and trucks by 2035.  A few questions jumped to mind when we heard this puff piece of an announcement. First, does the governor still plan to be governing through emergency orders from the retirement home at that time? And if Inslee is successful in his aim to please wealthy environmental donors by tearing down the four lower Snake River dams, how will the state find (let alone pay for) the clean electricity to run the vehicles? Or will the cars simply be parked in neighborhoods around the state and become the latest locations to house homeless individuals? By the way, what does this picture of the governor taken at the conference have to say about his self-image.  It is certainly in line with his statement last July that he alone “won the Super Bowl against COVID” and that he is “the only person” in the state who can save people’s lives. (Everett Herald, Governor Inslee’s Facebook post, and Brandi Kruse Twitter)

Anti-police legislation passed by the Democrats and signed by Governor Inslee during the 2021 legislative session has helped drive a 33% increase in stolen vehicles in Washington State.  The legislation making it easier to be a criminal in the state was the Democrats’ response to the violent riots conducted by liberal activists in Seattle during 2020. The latest crime statistics reveal that there were 3,404 vehicles stolen across the state in October 2021.  This is a dramatic increase over the 2,553 stolen during the same time period in 2020. (FOX13 News)

In the latest symbol of the City of Seattle’s failure to enforce public safety laws during the growing homeless crisis, an aging RV with a second story addition has returned to the Ballard neighborhood where it was previously the source of numerous complaints, causing concerned residents more frustration.  Repeating this sad image, a wooden second story has been built on top of the RV.  One local employer expressed her anger over the city’s failure to administer safety and zoning laws by stating, “I thought it was going to be taken care of and dismantled. There’s no ramifications (for) any of the behavior.”

According to those involved in the makeshift construction of the 2nd floor addition, it is apparently a recording studio.  Neighbors have complained about very loud music coming from the structure at night. Seattle City Councilmember Dan Strauss, who represents the neighborhood, provided little assurance the city will do anything to solve the ongoing problem and lame-duck Mayor Jenny Durkan has already checked out from her obligations to serve the public. Thus, it will likely be up to Mayor-elect Bruce Harrell to take responsibility for solving this, and many other similar problems around his city. (KOMO News)

Seattle City Attorney-elect Ann Davison said she hopes to work with people across the ideological spectrum to solve crime-related problems. Davison said, “I think there’s room in the middle. The answer is always in the blend.”  She said that she will work with other city officials to find ways to prevent future crimes, but at the same time she says she wants crime victims to know that justice is being served. Davison’s radical opponent Nicole Thomas-Kennedy finally conceded the election yesterday, so she can return to tweeting her true feelings again.  (MyNorthwest and NTKForCrime)

The Seattle Public School (SPS) announced this afternoon that it will close schools on Friday due to not having “adequate personnel” to operate the schools.  The district stated, “We are aware of an unusually large number of SPS staff taking leave on Friday.” It was not immediately known why the school employees were taking the day off – though since Thursday is the Veterans Day holiday, skipping Friday creates a four-day weekend — but like many actions taken by the district and the teachers’ unions, it will be the students who will most impacted.  The day will be added on at the end of the school year next June. (Seattle Times)

Franklin County became the 13th local government in Washington State to ban an income tax as a source of revenue.  The Tri-City area county commissioners voted to join neighboring Yakima County and 11 cities across the state to ban an income tax in response to a misguided 2019 Court of Appeals ruling which opens the door to a 1% income tax by local governments.  The passed measure stated, “Such a tax would be in direct conflict with the high value the County places on promoting economic development through the attraction and expansion of financially healthy, family wage paying employers. Small businesses are the backbone of our local, regional, state, and national economy and it is imperative that the County not put unnecessary hurdles in the way of their success.” (Washington Policy Center) 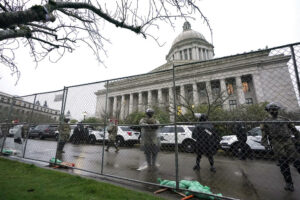 Washington State Democrats have routinely demonstrated they do not believe the public should be involved in deciding its fate in our democracy.  Even as Governor Jay Inslee is totally abusing executive “emergency” orders (for more than 600 days) to the benefit of his major campaign contributors, other Democrat lawmakers are working hard to eliminate the public’s voice in the legislative process.  Senator Patty Kuderer (D – Bellevue) wants to eliminate advisory votes on tax increases, which voters put in place over a decade ago through the initiative process.  Democrats “moved heaven and earth” to install very rarely used legislative language to make sure citizens could not repeal their state income tax on capital gains through a referendum. We should note that the non-binding advisory vote on the Democrats’ new tax is currently at 61.2% to repeal the job-killing measure.  Why do Democrats hate democracy so much? (Click to read full Shift Article)

The Spokesman-Review’s liberal columnist Shawn Vestal went on another of his partisan rants, this time complaining about moderate and right-leaning contributors donating to Spokane candidates, even while pushing for liberal government employee unions to spend even more of their forced union dues on Spokane area campaigns.  It is typical liberal hypocrisy to believe campaign contributions to moderate and conservative candidates are evil, while all donations to liberal and extremist candidates are somehow noble. Vestal conveniently ignores the massive fundraising edge Democrats have in Washington State due to the large amounts of money which government employees spend to elect liberal politicians, who support efforts to increase the size and cost of all levels of government to the benefit of union bosses. (Click to read full Shift Article) 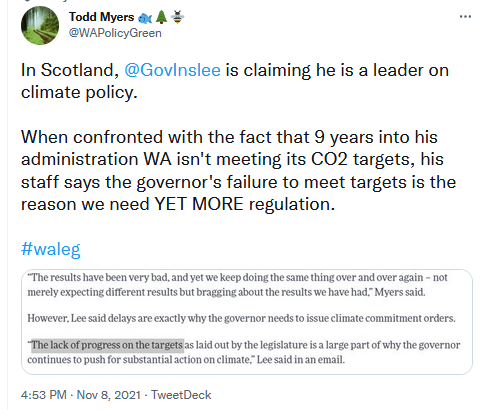 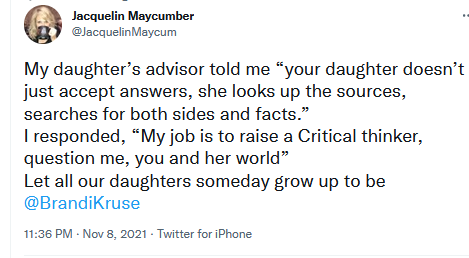 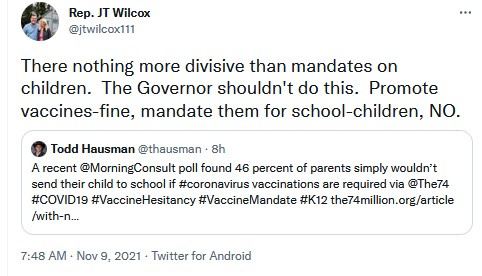