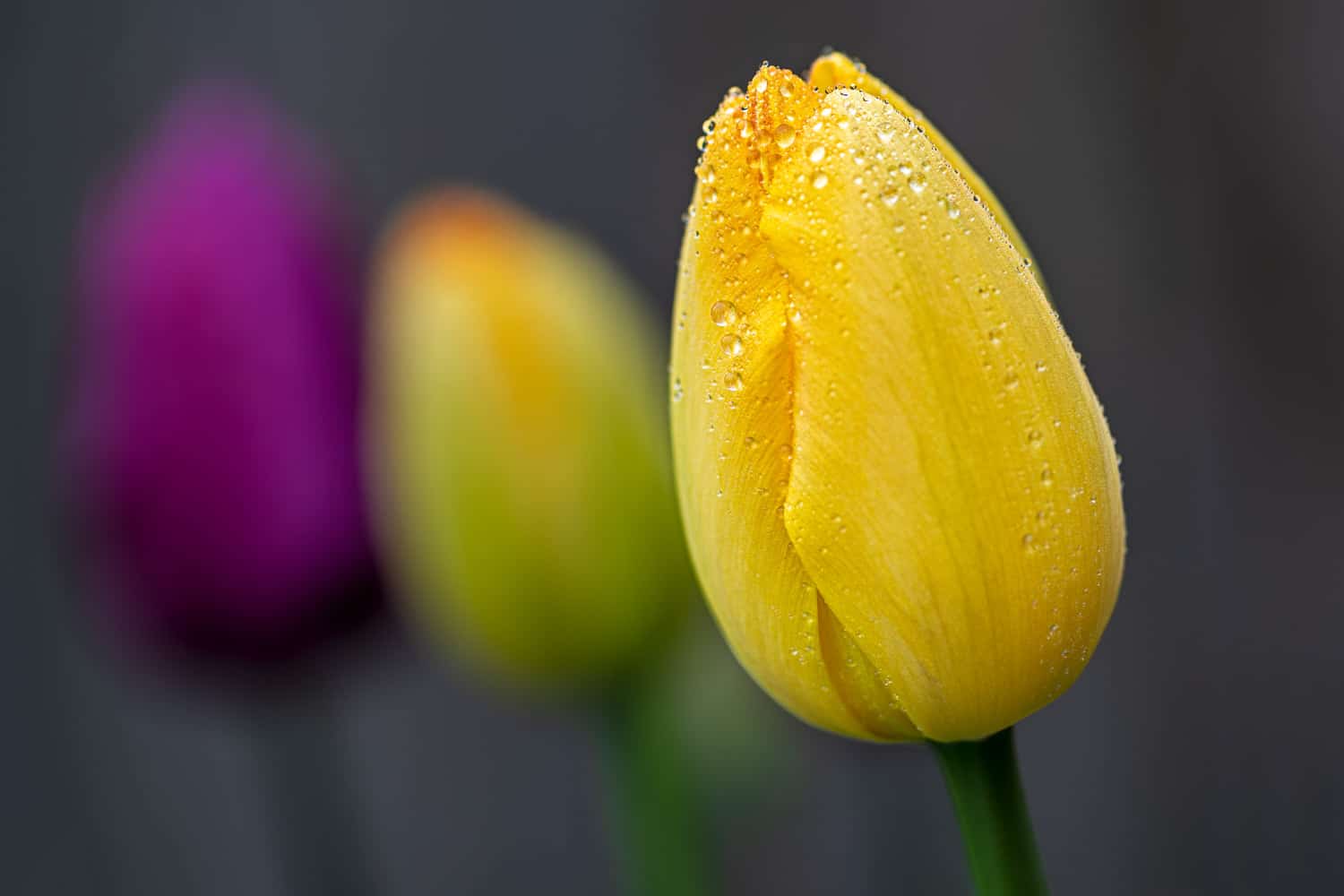 Today is Day 800 in Governor Jay Inslee’s undemocratic and divisive abuse of emergency powers and he continues to use unscientific statements to justify his unprecedented elimination of the legislative branch and locally elected officials from making COVID-related decisions.  The governor clearly loves to rule without dealing with contrary views, as he responded to a question regarding how much longer he was going to keep his discriminatory vaccine mandate on state workers by falsely claiming, “If we had the same death rate as say Mississippi, we would have had another 19,000 people lose their lives in Washington.”  This statement ignores several incredibly important factors which have a far greater impact on the COVID death rate than vaccine mandates on government employees.  And once again, liberal members of the media refused to challenge the governor’s unscientific statements.

Since the very beginning of the pandemic, we have known that COVID causes more deaths among those above the age of 65 and those with heart and raspatory problems.  As Shift pointed out over a year ago, Washington State’s population is one of the youngest and healthiest in the country, which has had a major impact on the number of people who have died in our state versus other states.  By using Mississippi as an example, the governor unknowingly actually proves the argument that vaccine mandates and other government restrictions have less impact on death rates than the age, heart and respiratory health, and activity levels of the state’s population.

Mississippi has the highest obesity level (39.7%) in the country, while Washington State has the 6th lowest (28.0%).  Mississippi has the fifth highest percentage of smokers (20.5%) of any state in the country, while Washington is third lowest (12.0%).  Washington State ranked second with the highest percentage (80.6%) of adults who are active, while Mississippi is the worst with just 61.2% of physically active adults.  Washington also has just 16.2.% of its population  above the age of 65 (which is the 8th lowest state) while Mississippi has a slightly higher 16.8% (which is 20th lowest). These health and age factors are far more important in determining a state’s COVID death rate than whether or not some state employee, working from home, has been vaccinated.  But as long as the members of the media refuse to challenge the governor’s scientifically inaccurate statements, he will continue to use them to defend his abuse of emergency powers. (Crosscut, Shift, Adult Obesity Rates, Centers for Disease Control, Chamber of Commerce, and PRB)

Washington State’s gas prices remain the fourth highest in the country, and this is before the costliest impacts of the state Democrats’ energy policies jack up gas prices even higher next year.  The latest surveys from AAA reveal that Washington’s average price for a gallon of gas is currently at $4.83.  This rate is behind only California, Hawaii, and Nevada for the highest average price in the country.  This hurts those who are on fixed or low incomes the most, yet Democrats refused to support a relief measure (SB 5897) sponsored by Republican Senator Simon Sefzik (Ferndale) to temporarily reduce the state’s 49-cents-per-gallon gas tax despite record tax revenue coming into the state’s coffers. (AAA gas price survey, Washington Legislature Bill Summary, and Shift Newsmaker Interview)

Todd Myers of the Washington Policy Center estimates that the $66,000+ of taxpayer money wasted  by Governor Inslee, his wife, his staff, and his security detail on their trip to the Glasgow Climate Conference junket last year could have covered the cost to eliminate nearly all of the carbon emitted by his staff since he became governor.  As Shift reported last week, the governor and his wife spent $12,500 of taxpayer money to fly in luxury to the United Kingdom, and then lavish villas and Mercedes vehicles were rented so the governor could hobnob with wealthy environmentalists (and campaign donors) at extravagant receptions.  Myers says that money could have been spent to offset the carbon emissions of the governor’s staff for seven and a half years.  But this only matters to those who believe reducing climate change is more important than providing a politician with luxury accommodations. Evidently the governor is not one of those people. (Washington Policy Center and CenterSquare)

The proposed Sound Transit link to Ballard recently became more expensive and the estimated completion date has been extended even further into the future due to the recent ruling by the United States Coast Guard regarding the height of a permanent bridge over the Lake Washington Ship Canal.  Sound Transit construction engineers had been planning on building a permanent bridge only 136 feet above the canal.  Yet the Coast Guard determined that any bridge would need to have 205 of clearance due to larger fishing and luxury vessels which need to travel east of Salmon Bay. Sound Transit will now need to decide if it will build a higher bridge, a lower swing-arm bridge, or a tunnel.  Recently the agency delayed the completion date of this line from 2037 to 2039.  The article does not provide details on how much more the Coast Guard’s decision will further increase cost and completion delays, but you can bet that it will cost more and be finished later. (My Ballard)

More homeless individuals are using Sound Transit’s light rail trains and buses as places to sleep and stay out of the cold ever since the transit agency chose to break its promise to taxpayers by reducing efforts to collect payment from those who ride on the expensive system.  Transit workers provided video footage showing many individuals taking up multiple seats as they slept on the trains. Some workers are worried about safety, while others are concerned that having their trains and buses becoming mobile homeless shelters will discourage other individuals from using the system.

The liberal politicians who dominate the Sound Transit Board determined in late April it was racist to have fare enforcement officers ticket riders who fail to provide proof of payment to ride its trains and buses. This is yet another broken promise made by Sound Transit.  When voters approved $54 billion in tax funds for ST3 in 2016, they were promised that fares would cover some 40% of the system’s operating costs.  Yet in 2021 commuters only paid for 5% of the costs and the new procedures approved by the Sound Transit Board will reduce this figure even further.  Construction delays and more accurate accounting now has the current figure to fund ST3’s construction at more than doubling to almost $120 billion – and as the above story about the Ballard link shows, this will likely increase even more. (MyNorthwest and Seattle Times)

Two more homicides in Tacoma over the weekend brought the city’s annual total to 21 and the number in Pierce County to 41.  This is the latest disturbing crime rate statistic since the Democrats in the Washington State legislature caved into the demands of the violent 2020 liberal rioters to pass a series of anti-police and soft-on-crime measures during the 2021 legislative session. (KIRO7 News)

An interview with Lincoln County Commissioner Rob Coffman explains how having open public negotiations with government employee unions has worked in his county.  Lincoln County was the first in Washington State, in 2016, to pass a measure to hold in public all negotiations with government employee unions.  Despite a long court battle with the Teamsters, the county has been able to openly negotiate four contracts with the American Federation of State, County, and Municipal Employees (AFSCME).  The county has now completed its negotiations with the Teamsters since that litigation has ended.  Commissioner Coffman says, “Negotiating in public benefits everybody. Including the union’s own membership, who in the past, were not welcome in the room.” (Washington Policy Center)

Recent rains and snow in the mountains means that all irrigation users in the Yakima basin will have their water needs met for 2022.  Only a few weeks ago there were dire warnings of drought in the region, as both rain levels and snow mountain snowpacks were lower than average.  Yet, April precipitation far exceeded average monthly figures and the snowpack is currently at 115% of normal.  (Pacific Northwest AG Network)

Shift’s Newsmaker Interview was with Spencer Hutchins, Republican candidate for the open House seat in the 26th Legislative District (which includes much of Bremerton, Port Orchard, Gig Harbor, and most of South Kitsap County). The Gig Harbor native and former city councilmember is co-owner of a successful local real estate company.  Hutchins jumped into the race earlier this year and immediately was able to outraise his likely Democrat opponent by a nearly 3-to-1 margin, with nearly all of his contributions coming from individuals who live in the district.  In his interview, Hutchins expressed his frustration with the legislative Democrats’ “spending spree” with the state’s record-breaking $15 billion budget surplus, providing no tax relief for low- and middle-income households, and “then had the audacity to demand even more from taxpayers.”  Hutchins also stated his strong opposition to the Democrats‘ anti-police legislation which has negatively impacted individuals, small businesses, and even health care workers who have been the subjects of “a rash of violent incidents.” (Click to read full Newsmaker Interview)