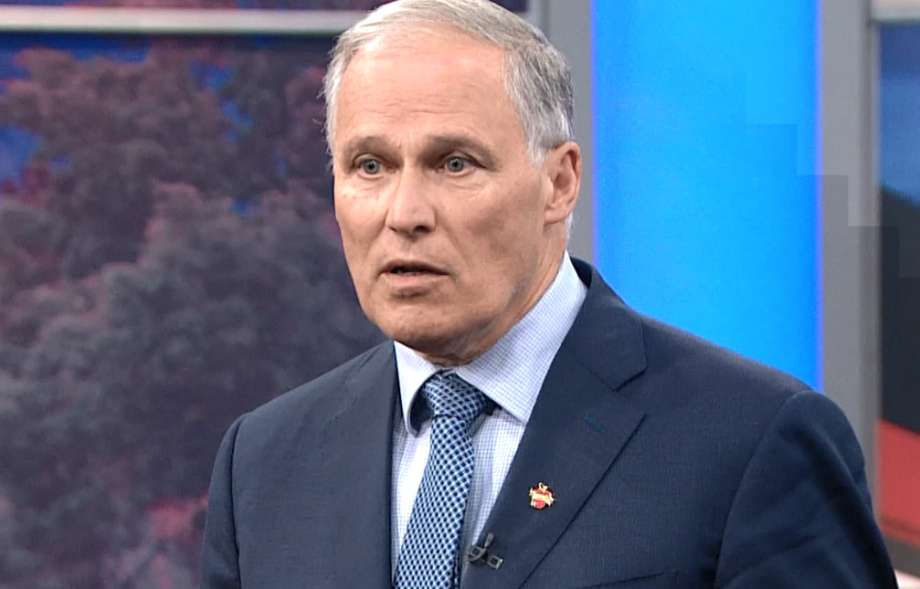 A one-trick pony is nothing if not predictable. So, when confronted with the failures that have plagued nearly every aspect of his response to the COVID-19 pandemic, Governor Jay Inslee predictably responds by saying that since Washington State’s death rate is lower than other states, his actions must be saving lives.

And, typical of the state’s liberal media bent, the reporters nod their heads in agreement and restate the quote without spending a few minutes to investigate the facts.

The truth is this explanation from the governor fails to consider that Washington State residents are far healthier and younger than those in other states and thus, less apt to die from the coronavirus.  Starting out healthier and younger when the crisis began has nothing to do with Inslee’s partisan and haphazard coronavirus-related policies, but it makes a big difference in determining how many deaths will occur from COVID-19.

And so, like much of what Governor Inslee has said during the pandemic, the data does not support his bragging.  Let us examine the facts.

Since more than 80% of the deaths attributed to COVID-19 are among those older than 65, states with fewer seniors would expect to experience fewer deaths.  According to census data, Washington State ranks 40th in the country for number of people over the age 65. Thus, we can project there to be fewer deaths in Washington than in those states with a higher senior population.

To compound the age statistic, the Washington State counties with the highest percentage of seniors (Clallam, Columbia, Garfield, Ferry, Island, Jefferson. Pacific, San Juan, Stevens, and Wahkiakum) are some of the most rural and isolated regions of the state, and nearly all have had low COVID-19 rates.  Data shows that urban counties and agriculture-dominated ones, despite a smaller percentage of seniors (Benton, Franklin, King, Pierce, Snohomish, and Yakima) are the areas where most of the state’s COVID-19 outbreaks have occurred.  Thus, Washington State’s COVID infections occurred where there is the smallest density of seniors.

Inslee’s COVID-19 related decisions have no impact on the state having a far smaller than average senior population and also had nothing to do with the senior population density being higher in more isolated Washington State counties that had fewer COVID-19 cases.

We also know that the health of the population (especially respiratory health) is a major factor in determining COVID-19’s death rate.  While there is not a specific set of data quantifying which states’ population has the best respiratory health, nearly all national surveys rank Washington State near the top for general health.  We would expect that from a population that is younger and appears to be extremely active.  Again, this important factor has nothing to do with Governor Inslee’s COVID-19 response.

One major factor though in determining a population’s heart and lung health, is the percentage of the residents who smoke cigarettes.  According to the Centers for Disease Control and Prevention, Washington State ranks #3 in the country (only behind Utah and California) for having the lowest percentage of smokers.

So, again, our state’s excellent respiratory health has nothing to do with Governor Inslee’s random COVID-19 orders.

Governor Inslee has failed the state’s population on many occasions during the pandemic. Despite our state having the first acknowledged COVID case in the country, we were the 14th state to go into lockdown. The governor kept saying his COVID decisions were based on data, yet does anyone remember how the dials on Inslee’s original COVID-19 “dashboard” were not connected to any actual data?  The state failed miserably with its contact tracing program (the stated goal was to contact 90% of those who came in contact with someone infected with the coronavirus, yet only 6% were being contacted last fall). Nearly all state-run residential institutions (primarily hospitals and corrections facilities) have seen a major COVID-19 outbreak due to administrative failure to follow health guidelines.  And, even though the state had 9 months to prepare, its vaccination plan has been a disaster, and has likely resulted in more deaths due to its very slow implementation.

The governor is grasping for straws when he uses the state’s relatively low COVID-related death rate, because data shows that his policies have little to nothing to do with this number.