Governor Inslee’s style of governing is to ignore problems, even when they are pointed out by Members of Congress. 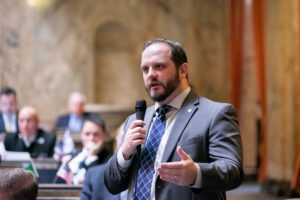 Shift’s Newsmaker Interview is with Representative Jesse Young (R – Oak Harbor).  The four-term State House member recently announced he will be running for the 26th Legislative District’s Senate seat.  Representative Young will be taking on a very vulnerable first-term senator who has repeatedly sided with her ultra-liberal urban colleagues to impose Seattle’s failed policies onto her constituents and the rest of the state.  In his Shift interview, Young has strong words regarding Democrat legislators, especially those from Pierce County, who have refused to establish legislative oversite over Governor Inslee’s emergency powers.  Young also calls it a “travesty of justice” that Democrat legislators have failed to investigate the disastrous (and historically costly) failures of Governor Inslee’s Employment Security Department.  (Click to read full Shift Newsmaker Interview) 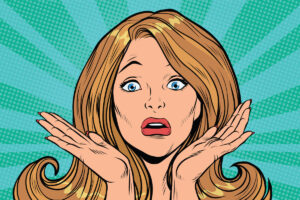 While President Biden’s White House confirms that Washington State has reached the 70% threshold to reopen the state’s economy, Governor Inslee has stubbornly decided to stick with his incomplete data that erroneously has the state at only 64%.  By refusing to accept the realities of the federal scientific data, the governor is clinging to his dictatorial powers and not allowing the state’s economy to fully reopen. This is the latest example of Governor Inslee’s hypocrisy regarding his false statements that science and data are determining his actions. (Click to read full Shift Article)

Attorneys for the Washington State Legislature and for Governor Jay Inslee clashed at the Washington State Supreme Court on Tuesday, as all three branches of state government became involved in determining the future balance of power among themselves – with taxpayers funding all participants’ expenses.  The issue debated before the court concerned the governor’s veto of single lines within the legislature’s 2019 transportation budget.  The state constitution authorizes the governor to only veto full bills, sections of bills (not words or lines), and appropriations items.  Lower courts have sided with the legislature that the governor’s 2019 veto overstepped his constitutional authority.  Ruling on this case will likely impact the governor’s recent veto of language linking the implementation of his climate bills (Cap-and-Trade and Low Carbon Fuel Standard) to the passage of transportation budget package.  The language Inslee vetoed was instrumental in obtaining the necessary votes in the legislature to pass the climate bills, and both Democrat and Republican legislators have expressed outrage over the governor’s underhanded actions and are moving forward with another lawsuit against Governor Inslee.  (Seattle Times and Washington Legislature Bill Summary)

In the latest example of questionable actions by members of the Inslee administration, a state oversite board is looking into allegations that supervisors at the Washington Department of Children, Youth, and Families (DCYF) ordered employees to use cruel tactics to force foster children to accept placement in a foster home or to behave.  Among the alleged acts are withholding food and bedding, or making them sleep in cars, plastic chairs, or in office lobbies.  Representative Tom Dent (R – Moses Lake), who co-chairs the DCYF oversite board said, “I want this number one on the agenda. I’m concerned that this is not appropriate. If this is what’s going on, it’s not appropriate.” (KING5 News)

The CEO of the Washington Hospitality Association (WHA) says, “I feel like we were leaving one crisis and now having another,” to describe the lack of applicants for jobs in his industry after a year and a half of having business activities severely restricted by the governor.  The WHA’s Anthony Anton stated that there is a shortage of 90,000 workers as restaurants, bars, and hotels begin to resume normal schedules after 16 months of Governor Inslee’s erratic and random orders. Inslee’s dictates forced many long-term employees to either seek employment in more stable industries or to go on unemployment with extra benefits provided by the federal government.  Anton is hopeful that the state will soon restore job search requirements for those who receive benefits, in order to encourage people back into the workforce.  (MyNorthwest)

U.S. Representative Jaime Herrera Beutler is just like all other citizens of Washington State, since Governor Inslee doesn’t feel the need to respond to her concerns and to her questions.  The governor failed to respond to the congresswoman’s May 19th letter regarding the state’s decision to move the state’s quarantine facility to the middle of a Centralia business district without contacting local officials. So, Representative Herrera Beutler decided to send a follow-up and included surprising information that appeared in media reports.  Apparently one of the key factors in locating the facility at Centralia’s Lakeview Inn is that it was close to Washington State Department of Health headquarters in Tumwater.  Congresswoman Herrera Beutler wrote, “From the first revelation that the state was dropping this COVID facility in the middle of Centralia without notifying the community, to learning that the comfort and convenience of state employees was a determining factor in this decision, the state has had its priorities totally backward in each step of this process.”  Past actions by the governor indicate that this second letter will also go answered. (Centralia Chronicle)

Senator Doug Ericksen (R – Ferndale) is calling for legislative hearings following the KUOW report that investigators are looking into sabotage by Left-wing activists in the derailment of fuel tankers North of Bellingham last December.  The derailment forced seven oil tankers off the tracks, with three of them exploding in fire. Investigators have found evidence that tampering of the railcars likely caused the incident.  Senator Ericksen stated, “We know many environmental organizations have a deep-seated ideological opposition to the use of fossil fuels, and that the heated rhetoric surrounding this issue has whipped some misguided individuals into a fervor.  Conflating incidents like these with peaceful protest is to condone acts of domestic terrorism.”  Senator Ericksen then called on environmental groups to condemn this behavior and disassociate themselves with those who committed this violence.  Since Democrat lawmakers have recently demonstrated that they refuse to condemn political violence by liberal activists (like the attempted mass murder of police personnel at Seattle’s East Precinct), while hypocritically repeatedly condemning violence committed by fringe Trump supporters, many are skeptical that Democrat legislators will join in investigating this possible act of liberal political violence. (attempted mass murder of police personnel, KUOW/NPR, and KOMO News)

Sound Transit has announced it will be resuming pre-pandemic schedules despite ridership being only 25% of what it was in January 2020.  Thus, the transit agency, which has rarely been concerned about efficiently spending taxpayer’s money (while constantly seeking more tax revenue), will be running even more nearly empty (and heavily subsidized) light rail trains through Seattle.  Even Sound Transit believes that ridership will drop significantly, with more people choosing to work from home, but the agency believes it is important for trains to run every 8 minutes instead of the current 12-minute schedule.  Prior to the pandemic, Sound Transit’s daily ridership was 80,000 commuters.  Last month only 22,000 were riding the trains.  Riders, regardless of vaccination status, are “expected” to wear face masks. With numbers this low, perhaps Sound Transit’s vaunted PR staff will be able to take the time to check on each one. (Seattle Times)

The Whitman County’s Republican Party is seeking applicants to fill the county assessor’s position following the recent death of the former office holder.  Robin Jones was 48 when she died of cancer and she served in the Assessor’s office for 21 years, the last four as the assessor.  The GOP precinct committee officers will meet June 28th to select three nominees, whose names will then be forwarded to the county council for the final selection.  (KQQQ Pullman Radio and Moscow-Pullman Daily News) 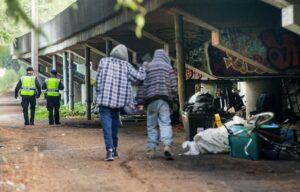 The Seattle Times details yet another failed liberal homeless policy in a front-page story on Sunday, yet again fails to hold any Democrat politician responsible by naming them for wasting millions of dollars and allowing teens to continue to suffer on Seattle’s streets.  With great fanfare two years ago, the “End Youth Homelessness Now Campaign” was launched with millions in federal grants, local tax money, and charitable contributions. The campaign promised to end teen homelessness by June 2021.  You might expect that it would produce results, or at least some successes to point to. Instead, teen homelessness has grown, but the campaign and the money are long gone.  The lengthy article details bureaucratic turf battles and allegations of racism within government, yet fails to name the politicians responsible for this latest waste of tax dollars. Can the Times please identify which King County elected officials are the racists who don’t want to end youth homelessness in the County government – is it Executive Dow Constantine, or maybe Council members, or just bureaucrats appointed by the administration? Or are the allegations false, and just thrown out there as cover for the incompetent actions of the liberal individuals/groups involved? (Click to read full Shift Article) 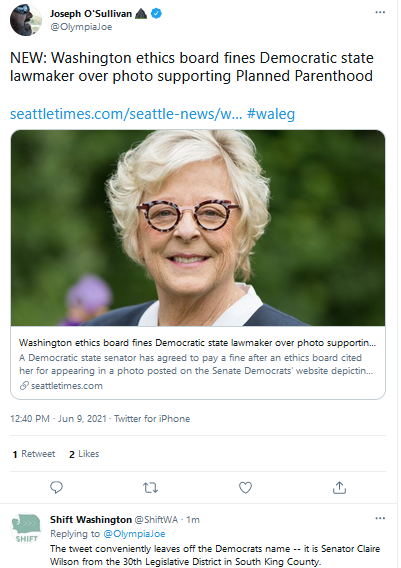