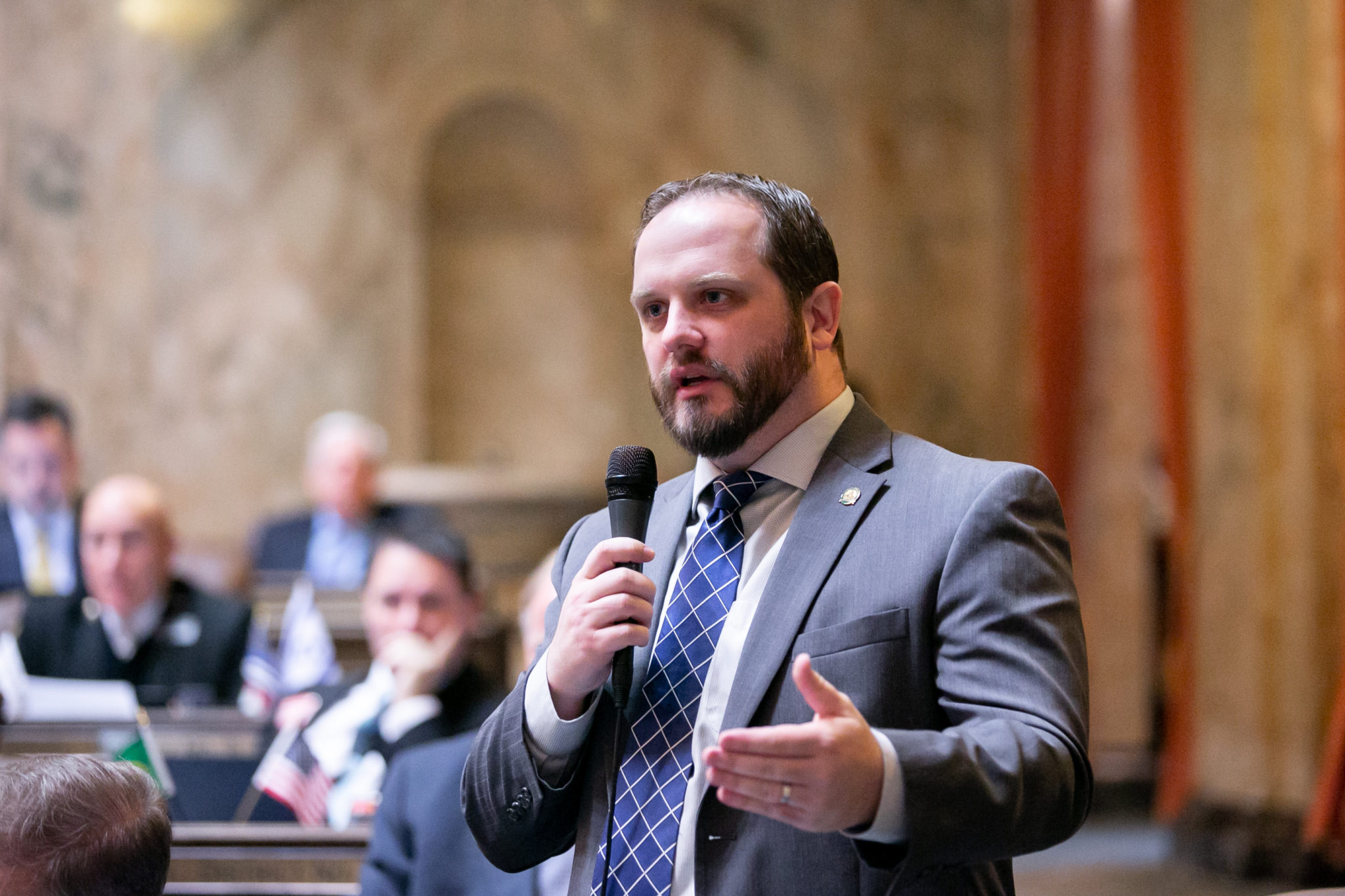 recently announced he will be running for the 26th Legislative District’s Senate seat.  Young will be taking on a very vulnerable first-term senator who has repeatedly sided with her ultra-liberal urban colleagues to impose Seattle’s failed policies onto her constituents and the rest of the state.  In his Shift interview, Young has strong words regarding Democrat legislators, especially those from Pierce County, who have refused to provide legislative oversite of Governor Inslee’s emergency powers.  Young also calls it a “travesty of justice” that Democrat legislators have failed to investigate the disastrous (and historically costly) failures of Governor Inslee’s Employment Security Department.

After the Washington State Supreme Court struck down the state’s drug possession laws in the Blake decision, you joined with other House members to provide a legislative solution.  How was your proposal different from the bill passed by the Democrats and what are your views on their legislation?

By legalizing drug possession, the Supreme Court created massive problems in the realms of criminal justice and public safety with a stroke of their pen.  As a caucus, we offered a wide range of legislative proposals in a magnanimous attempt to fix the issue.

My bill would have provided the syntactical fix – in this case regarding mens rea (Latin legal term regarding the intent to commit a crime) – to return the rule of law back to the state it had been prior to the Blake decision.  When the courts legislate from the bench, as they did here, their scope of consideration makes no accommodation for the ancillary and tangential laws that, on the whole, the legislature already worked to balance.  As such, the proper course of action to avoid unintended consequences was to return us to a state of reasoned balance before making even more changes.

The Democrat’s, on the other hand, used this ruling as an opportunity to push their radical decriminalization

agenda, regardless of the risk to public safety.  They even openly admitted as such when their public safety chair acknowledged, “where the Court’s ruling came down at the end of the legislative session, we have had no time to engage all stakeholders and craft a long-term solution to shift away from the current punitive regime to a more effective and humane approach focused on support and treatment.”

In the end, their “solution” utterly failed to address the public safety concerns of the Blake decision, and did what they always do these days: put massive amounts of taxpayer dollars into an admittedly unproven and unthought out big government program.

As someone who is involved in cyber security, what are your thoughts on $650 million dollars stolen from the Washington State Employment Security Department?  It appears the Democrats want to sweep one of the largest heists in American history under the rug.  How should the legislature respond to this major failure of the Inslee Administration?

The fact that the majority party did nothing to address this massive theft during session is a travesty of justice and a major technology risk for our state.  The technology attacks that we face are growing in sophistication and left unchecked our risk doesn’t just grow, it compounds.

Furthermore, the risk isn’t just purely technical, it’s also a matter of business process.  In the IT profession, we’ve known for years that the biggest risks are often discovered via supply chain exposures and undocumented business process breakdowns that manifest in major corporate enterprises.  How much more are these likely to exist in big government?  The biggest firewall in the world won’t help you if your business process leaves an unexpected back door open through it.  Starting with an audit of these areas is where I’d begin.

What are your thoughts on the state income tax on capital gains passed by the legislature and signed by Governor Inslee?

This bill is a massive bait and switch waiting to happen.  Despite an abundance of state tax collections that put our revenue at pre-pandemic levels; despite billions of additional dollars of federal COVID-19 aid; despite voters having rejected it 10 times already; and despite objections from five Democrats in the House, 52 members from the majority party still chose to force it through.

Make no mistake, this bill will tax the middle class; in fact, it already is.  The promises that this would be a “Bill Gates, mega-wealthy” tax were thrown out the window at the last minute when the Democrats altered the bill to add in the “marriage penalty”.  How is that progressive?  Why penalize middle class married couples with extra tax or target fix-income retirees that need to sell off assets to afford medical care or the ability to stay in their homes?  Normally, the Democrats would pass the tax as promised and then wait a year or two before expanding it.  In this instance, they gambled that people were otherwise distracted with COVID and changed it before it even passed.

This tax is deceptive, regressive, and very much illegal – as the Supreme Court has already ruled twice before.  I don’t know what is worse; that the majority party cares so little about the financial struggles of the middle class; or thinks so little of average taxpayer’s ability it to see the hypocrisy right in front of them.  I’ll side with the working class!

Governor Inslee has announced a lottery for those who have been vaccinated.  What are your thoughts on this action?

Governor Inslee has apparently elevated himself from “king” to “Caesar” with this new edict.  Rather than try and unite our divided state through science and transparency, try instead to distract and enforce through games and manipulation.  Real leadership would be to engage concerned citizens through science and measurable analytics that ease concerns and unify through the building of trust.

Worse yet, is the precedent that he is setting with tax-payer dollars.  I’ve already had inquiries into my office by folks 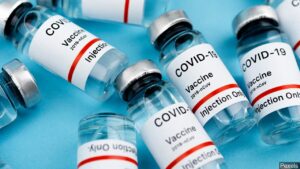 already upset that, because they have already been vaccinated don’t have a chance at “winning the lottery”.  The Governor seems unconcerned that his actions may actually hinder public adoption of some future health protocol as people will wait until they have a chance to “win big”.  Worse still is the discrimination that is also embedded in this decision.  What about people who have medical exclusions or have already contracted and recovered from COVID?  By steering taxpayer dollars toward his favored groups of people, the Governor is arguably discriminating against those he doesn’t favor.  Lost in all of this is any consideration of the science-based metrics that should be guiding our state’s policy.

Governor Inslee has now ruled the state by emergency orders for 460 days.  How specifically do you believe the governor’s emergency powers should be amended?  Why haven’t Pierce County Democrat legislators followed through with their previous threat (after the governor unfairly pushed Pierce County back to Phase 2 but refused to do the same with far more liberal King County) and joined those seeking to provide legislative oversite of the governor’s powers?

The hypocrisy of the Democrat party – especially in Pierce County – is maddening.  The Legislature, where our Constitution rightly places the authority to create law, is where the decisions for addressing covid should be proposed, vetted, refined, and created.  Single person authority, as the Governor is exercising and the Democrat party, with their majority, is refusing to check is failing us.  Our recovery numbers are behind other states exactly because we’re getting one-person decision making instead of well-reasoned response.

The emergency powers provisions were drafted with tangible disasters in mind; for example, a tsunami or earthquake.  Such disasters could be concretely defined both in terms of geographical location and duration and because of that no statutory end-date was defined in law because it was envisioned and expected to be obvious to all.  This particular emergency has clearly shown a weakness in the current statue and must obviously be updated.  We are a nation of laws and the rule of law must be allowed to return.  As such, I favor putting a hard, 30-day cap on any future emergency powers.  After that, the full Legislature must be convened, in person, to extend the emergency declaration (for at most another 30 days) or let it end and take up its duty of legislating a solution according to the will of the people.

There couldn’t be a more opportune time or window to help our behavioral health organizations. We know this is a proven economic tool that works, and to provide it now shows that we’re being responsible to the needs of the health pandemic we have in front of us.

House Bill 1314 would require a facility to inquire about a person’s veteran status after arrival in a behavioral health facility and coordinate with Veteran’s Health Administration facilities if the person is a veteran or eligible for veteran’s services.

The legislation makes it possible to divert veterans from the involuntary treatment system that so many find frustrating.  It also leaves the ultimate choice in the hands of each individual veteran – only adding options, not mandating any particular choice.  Our veterans have done so much for us and our country. Providing them greater healthcare options is one small way we can pay them back.