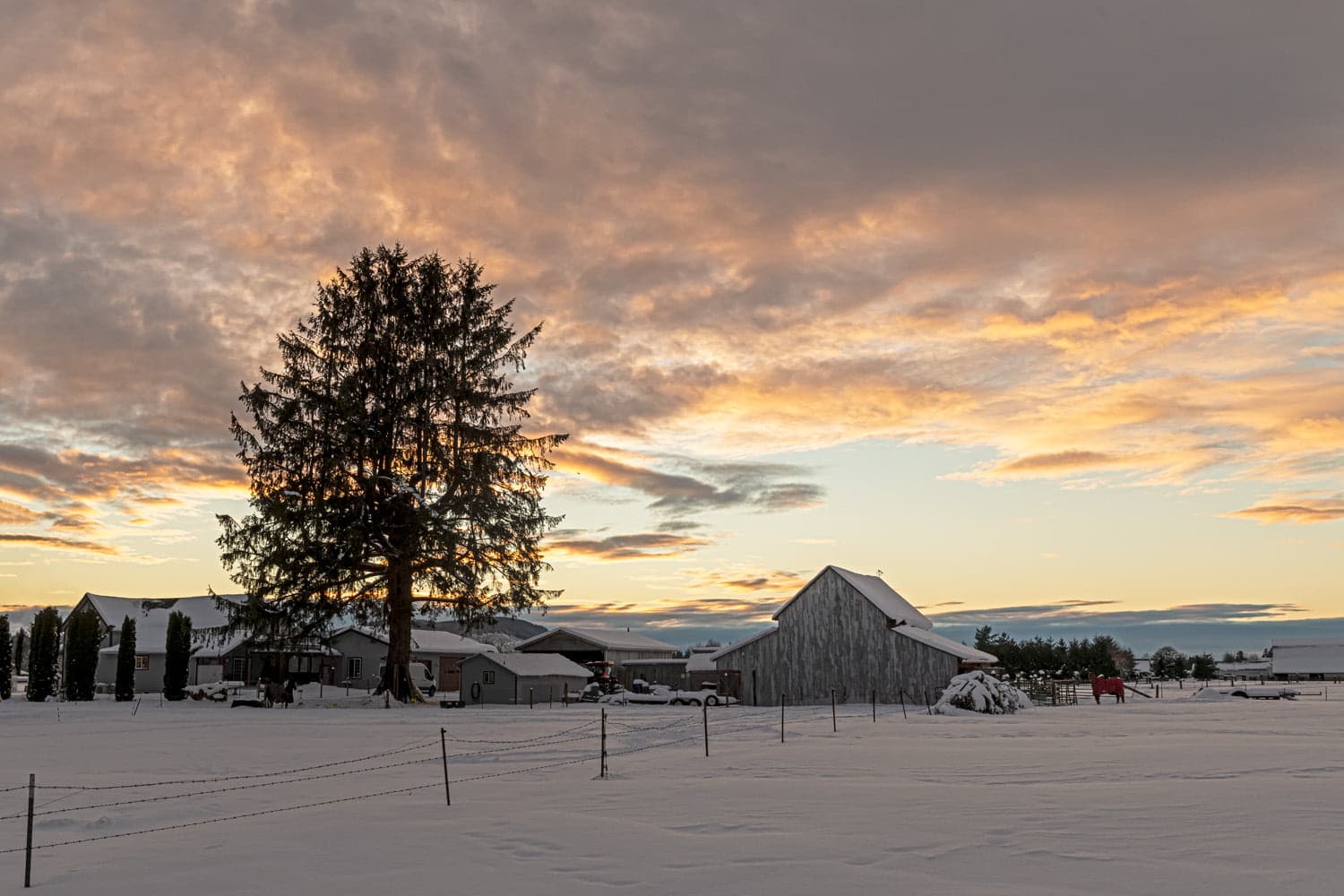 Incredibly, Democrat Representative Tarra Simmons (Bremerton) has introduced legislation to reduce penalties for those convicted for drive-by shootings.  Evidently some Democrat lawmakers believe their disastrous 2021 “police reform” package did not go far enough in making Washington State a more comfortable place to be a criminal.  Representative Simmons (and the bill’s co-sponsor, Representative David Hackney  from Seattle) apparently care little for the views of law enforcement groups, community organizations, and newspaper editorialists, which have all called for the legislature to revise the liberal measures passed last year allowing criminals to avoid arrest and coddling criminals with softer penalties.  This new bill is being heavily criticized by victims’ rights groups and the sponsors are being questioned for being clueless to the fact that violent crime rates in the state are skyrocketing. (Click to read full Shift Article)

The Democrats’ poorly developed Long-Term Care payroll tax, and the poorly crafted statements from Democrat lawmakers regarding the schedule for its implementation, continue to cause uncertainty for employers about their legal obligations.  The Democrats top legislative leaders, Senate Majority Leader Andy Billig and House Speaker Laurie Jinkins (who wrote the bill creating this new payroll tax/entitlement program/payoff to Democrats’ major campaign contributors at the Service Employees International Union) stated on December 17th that they had worked out a deal to delay the scheduled January 1st implementation of the tax.  They stated at the time “we strongly encourage them (employers) to pause on collecting premiums from employees.”

Then the state sent an email to its own employees explaining that the $0.58 on every $100 earned was still going to be withheld from their paychecks, and Governor Inslee followed that up with a statement saying that if the legislators fail to change the law during the 2022 session then, “employers will still be legally obligated to pay the full amount owed to state.” Thus, the state is creating an accounting nightmare for all employers, leaving them to decide if they should be withholding money for a tax that may or may not be collected, and may or may not be refunded, or not withholding funds from employee paychecks, even though they may still be obligated to pay the back taxes Governor Inslee says he’ll demand. (CenterSquare, Governor Inslee, Senate Democrat Leader Billig, and House Speaker Jinkins joint statement, and Governor Inslee media release)

Stepping right up to address one of the burning priorities of our time, recently appointed State Senator John Lovick (D – Mill Creek) introduced a bill to make pickleball the official sport of Washington State.  As readers will recall, former Representative Lovick benefitted from Governor Jay Inslee wanting to remove the sometimes-moderate Senator Steve Hobbs (D – Lake Stevens) from voting against his extreme environmental agenda by appointing him Washington Secretary of State. The 70-year-old Lovick was then selected by Democrat Precinct Committee Officers and the Snohomish County Council to replace Hobbs in the Senate.  The vitally important pickleball legislation was co-sponsored by Senator Sam Hunt (D -Olympia), who obtained notoriety in 2021 for laughing as citizens were being rudely cut off while providing public testimony on a bill to limit the governor’s emergency powers.

That makes us wonder if the pickleball legislation is assigned to Senator Hunt’s State Government & Elections committee, will he allow more than the one hour of public testimony he gave the emergency powers’ reform bill (despite more than 1,600 Washington residents having signed up to testify on that one)?  (Washington State Legislature Bill Summary and Shift Article)

Scientific weather data once again dispels extreme environmentalists’ claims that Washington State is losing snowpack due to climate change.  The latest figures show that the state will end 2021 with 106% of the normal amount of snowpack.   April 1st is the end of the “snowpack year,” but if the trend continues, this will be the 14th time in the past 17 years the state’s snowpack has been above normal.  Wealthy environmental groups and liberal politicians often use incomplete snowpack data to justify expensive (and nearly always ineffective) climate policies.  Yet, like many of their “sky is falling” assertions, the scientific data does not support their extreme arguments. (Washington Policy Center )

The Seattle Times asserts the 2022 legislature should “quickly pass legislation that alleviates this widespread, expensive and frustrating crime” in its support of a bill introduced by Senator Jeff Wilson (R – Longview) to place restrictions on the resale of catalytic converters (which are nearly always obtained through theft).  Senator Wilson’s bill (SB 5495) would require buyers to obtain proof of the seller’s ownership of the automotive device, and all cash payments would be delayed five days. Catalytic converters contain the precious metals palladium, platinum, and rhodium, which make them attractive to thieves who sell them to scrap metal businesses.  This is the latest example of Republican lawmakers seeking to curb the dramatic increase in crime, while Democrats continue to seek to make Washington State more comfortable for criminals.  (Seattle Times, Washington State Legislature Bill Summary, and Shift Article)

Brandi Kruse highlights the dismal reality of Seattle’s streets by interviewing downtown Seattle resident Brad Foster (starts at the 14:00 minute mark), who regularly posts videos of the homelessness, drug use, and crime taking place in his neighborhood.  The videos include police arriving after a murder took place outside his apartment, drug addicts shooting heroin in public, businesses that are boarded up due to crime, and homeless encampments on downtown sidewalks. Foster states he posts the images on Twitter because he wants to dispel the belief that this is a homeless problem.  He points out the reality that “this is a drug problem, and this is a problem elected officials have allowed to go on, and these are the direct results. They include an increase in crime, increase in shootings and thefts.  It is the closing of businesses.  It’s removing jobs in the city which people rely on.  All of this impacts everybody.” ([un]Divided on YouTube and Brad Foster Twitter)

New Seattle Mayor Bruce Harwell was sworn in during a private ceremony over the weekend, with a more public event taking place today in the Seattle City Council chambers. Former Mayor Jenny Durkan quietly headed off into retirement (collecting generous pensions from several government jobs), joining her four previous elected predecessors (Schell, Nickels, McGinn, and Murray) in leaving the office due to public disgrace and/or re-election failure.  Durkan won’t likely be able to fully enjoy her retirement though, for she will likely have to take the witness stand in many of the lawsuits which have been filed against the City of Seattle for its actions (or lack of actions) during the 2020 riots by liberal activists, caving into the extremist demands of the CHAZ/CHOP anarchists, and her own inability to save text messages (as required by law). (KING5 News)

Budget disputes between Cosmopolis Mayor Kyle Pauley and the city’s fire department has resulted in all 12 of the Grays Harbor city’s firefighters resigning from their positions.  There has been animosity between the mayor and the fire department for many years, but it became more heated in 2020, after one of the city’s top employers, Cosmo Specialty Fibers, suspended operations and the city lost tax revenues.  This forced the mayor to make across-the-board cuts which firefighters claim was done without consulting with fire department officials. Since the resignation went into effect on January 1st, the city has implemented an agreement with the City of Aberdeen for fire protection services. (Daily World)

Washington State apple production dipped only slightly during the extreme heat of the 2020 summer.  While previous estimates had projected a slight increase in production, year-end totals revealed a 2.1.% decrease.   The state agriculture community harvested 122.5 million 40-pound boxes of apples in 2019, while just less than 122 million boxes were picked in 2020.  Gala apples were the variety most popular with Washington farmers at 20.3% of the market, followed by Granny Smith (15.2%) and Red Delicious (15.1%).  (Wenatchee World)

The Moses Lake City Council supported a decision by the city to hire an outside legal firm to appeal Washington State Department of Ecology (DOE) rulings which denied the city’s request to drill water wells, as the old wells are producing less water and threatening the city’s water supply.  DOE had denied requests by the city to dig seven new shallow water wells since the current seven wells are producing less water due to aging. Evidently the state wants to make it harder and/or more expensive for people in Moses Lake to drink water. (Columbia Basin Herald)

Even though Governor Jay Inslee has more than doubled the cost of state government during his nine years in office ($31.2 billion during the 2011-2013 budget and $62.1 billion for Inslee’s 2021-2023 proposed budget), he has refused to improve services important to prospective new employers trying to create new jobs by starting businesses here.  Shift readers provided us with details of how Inslee’s Department of Labor and Industries (L&I) only has one person (working one day a week) to approve the permits for all of the food truck businesses in Washington State. Reportedly there are more than 1,000 applicants waiting for L&I to provide the necessary permits.  When asked why it is taking so long, L&I officials say they need more money.  We suggest taking some money the state currently wastes closing businesses and moving it over to those who can help entrepreneurs create new opportunities. (Click to read full Shift article)