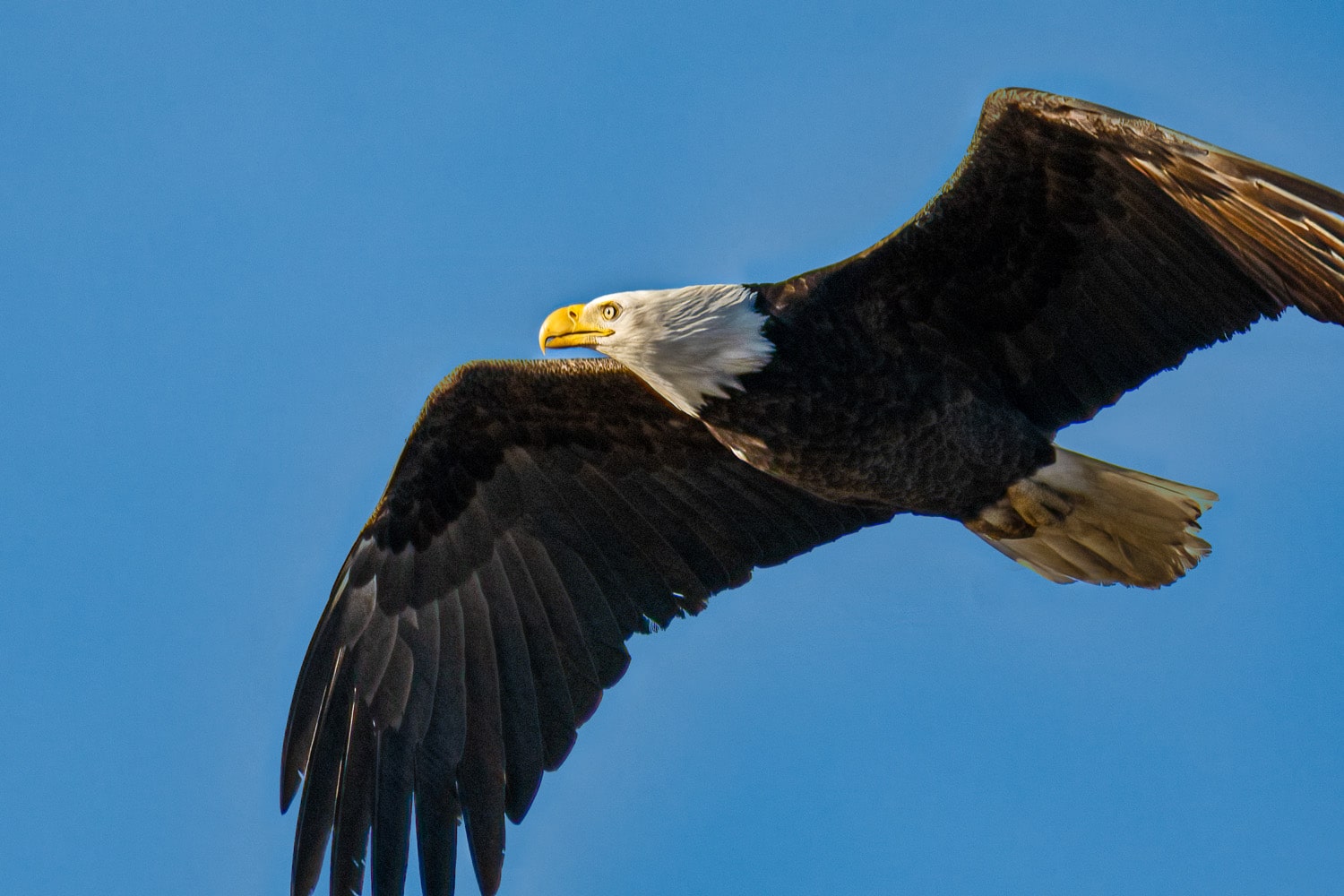 “Let us not wallow in the valley of despair. I say to you today my friends — so even though we face the difficulties of today and tomorrow, I still have a dream. It is a dream deeply rooted in the American dream.”

“I have a dream that my four little children will one day live in a nation where they will not be judged by the color of their skin but by the content of their character.”

Democrat lawmakers Senator Rebecca Saldana (Seattle) and Representative Amy Walen (Kirkland) have introduced legislation which is the current frontrunner to be the worst idea of the 2023 legislative session.  The bills (SB 5109 and HB 1095) will give people who enter the United States illegally, who are not permitted to work in the country legally, to claim unemployment benefits paid for by the taxpayers (and legal residents) of Washington State.  Essentially the liberal Democrats are pushing to circumvent US immigration law and simultaneously create a universal basic income program. To make the measures even worse, they contain a provision which requires the state to destroy any paperwork within 15 days so federal immigration officials can’t use it to perform their jobs. (Click to read full Shift Article)

The Inslee Administration’s Washington State Parks and Recreation Commission received criticism last week for a tweet it posted which many found sexist and misogynistic, and very likely broke U.S. copyright laws.  The tweet, which has since been deleted, features a scantily clothed woman holding up the Washington State Parks logo with the confusing verbiage “We are also a fan of flowers.”  Most people don’t know that the woman is Miley Cyrus, from the front cover of her yet-to-be released album “Endless Summer Vacation”, which contains the song “Flowers.”  Many people complained about the sexist nature of using a women in a bathing suit to promote state parks, while others expressed concerns about the state supporting someone with the questionable behavior Miley Cyrus has displayed over the years.  We can also imagine the attorneys at the Columbia Record Company were not pleased to have the trademarked image of an album cover being illegally used by the state to promote its parks. (Bellevue City Councilmember Jennifer Robertson Facebook post and Amazon)

The Vancouver Columbian joins the growing list of newspaper’s using editorials to condemn the use by Democrat lawmakers of the false classification of “legislative privilege” to avoid handing over documents and communications when responding to public records requests.  While the Columbian’s editorial did mention that this anti-transparency scheme was developed by lawyers for the Democrat House and Senate caucuses, the editorial (like previous editorials in the Seattle Times and Tri-City Herald) lumped all legislators together with their accusations, both Democrats and Republicans, of being behind this anti-open government action.  Yet, as Republican House Leader JT Wilcox pointed out, this Democrat ploy is only being used by Democrat lawmakers and officials. But pointing that out could make just the Democrats look bad, so the media doesn’t do that. (Vancouver Columbian, Seattle Times, Tri-City Herald, and JT Wilcox Twitter)

Democrat Senator Mark Mullet (Issaquah) blames Governor Inslee for why Democrat legislators refuse to even hold a public hearing on a bill to update Washington State’s emergency powers laws so they are in line with the emergency powers laws in nearly every other state.  Senator Mullet again showed his independence from hyper-partisan Democrat Party bosses by co-sponsoring a bill (SB 5063) with Republican Senator Lynda Wilson (Vancouver) to limit a governor’s emergency powers to 90 days before legislators would need to be involved in the lawmaking process.  Last week, Senator Wilson revealed that Senate State Government Committee Chair Sam Hunt informed Republicans that he would not hold a public hearing on the bill.  Senator Mullet said Senator Hunt was following orders dictated during the 2022 legislative session, when Inslee informed the Democrats that he would even veto the very watered down emergency powers reform that was proposed by the Democrats. (MyNorthwest, Washington Legislature Bill Summary, and Senate Republican Caucus media release)

Another weekend of deadly violence occurred in Seattle, while Democrat politicians like Governor Jay Inslee remain unconcerned about the growing list of crime victims which has resulted from failing liberal public safety policies at the state and local levels.  A man was murdered at a restaurant in the Rainier Valley on Saturday night.  A bullet which grazed the head of a person sitting in a vehicle near Martin Luther King Way ended up hitting electrical equipment, causing the loss of power to 8,000 Seattle City Light customers on Saturday. Three people were shot on Capital Hill after midnight on Friday. Ironically, this crime occurred just feet away from the CHAZ/CHOP location where liberal rioters in 2020 demanded anti-police laws which have made Seattle a far less safe place to be.  Thus far the seriously understaffed Seattle Police Department has not reported any arrests in any of these crimes.

Last week, Governor Inslee dismissed claims that liberal state public safety policies (which he signed into law) are responsible for the leap in violent crime in Washington State.  Of course, this statement goes against what nearly every major law enforcement agency in the state has repeatedly said, though no one in the mainstream media challenged Inslee for this false statement.  Oddly, during the same interview, the governor admitted that he would consider major changes to the state’s anti-pursuit laws, which were a centerpiece of the legislation the governor signed into law in 2021 after liberal legislators caved into the reckless and dangerous demands of liberal rioters. (Seattle Times and KOMO News)

Nike joins the growing list of companies which are pulling stores out of Downtown Seattle and moving to a safer location outside of the city, where failed liberal public safety policies do not yet cause harm to customers and/or employees and where retail theft is actually punished.  Nike’s large 6,200 square foot location has been at the heart of downtown’s retail core on the corner of Pike Street and 6th Avenue for more than 25 years.  The company has not made a formal announcement that the store will close, but employees confirm that its doors will shut permanently this Friday.  Last October, the company filed plans to open a new store in Bellevue Square Mall. Once again, Seattle’s failed liberal policies are the best tools the Bellevue Chamber of Commerce has to attract major employers (and their taxes) to the city. (Safe Seattle Facebook post and Puget Sound Business Journal)

Over the weekend the Seattle Times continued to pay far more attention to the campaign lies of a Republican congressman from Long Island, NY, than the local paper does about the many campaign lies from a Democrat legislator who falsely claimed he lived on Whidbey Island, WA.  So far the newspaper has 25 stories listed on its website’s search engine on the lies of New York Congressman George Santos and just one story on the lies of Democrat State Representative Clive Shavers (Kirkland).  Despite the very small amount of space dedicated to news content in the Sunday Times, yesterday the newspaper devoted an entire page to republish a New York Times articles asserting that some Republicans knew about Santos’ lies.

Yet the Times provides absolutely no coverage of the facts that Washington State and local county Democrat Party officials not only knew that Clyde Shavers lied about his military record, work experience, family history, and his actual residence, but the partisan special interests actually dumped thousands of dollars to prop up his flailing campaign after Shift broke the story about his lying on October 31st, a week before the 2022 elections.  Public Disclosure Commission records show that the Washington State Democrat Party dumped over $12,000 and a group called “10th District Democrats” contributed $8,500 directly to Shavers campaign after Shift and the Everett Herald publicized how Shavers lied repeatedly to voters (as described by his own father). Union-funded groups New Direction PAC and Sound Jobs made $6,000 and $12,000 independent expenditures respectively on behalf of Shavers’ campaign in the closing week.

The blatant bias of the Seattle Times is on full display as the paper shamelessly continues to provide daily coverage (yet another story today) on the lies of a Republican who represent people 3,000 miles away, while hypocritically providing no coverage on a lying Democrat legislator who represents citizens in their own distribution region. (Seattle Times, Shift, Everett Herald, and Washington State Public Disclosure Commission Shavers’ report,

The Washington Policy Center’s Director of Agriculture Policy Pam Lewison labels the new proposed Democrat restrictions on buffer zones around streams that run through farmlands as being “Buffer Bill 2.0.”  During the 2022 legislative session, the state’s agriculture community was able to defeat the Inslee Administration’s poorly developed “Buffer Bill 1.0” legislation by showing that it would needlessly close many of the state’s family farms.

After the session ended, urban Democrats, along with their urban environmental campaign contributors, began working on the latest version.  This time they were kind enough to include a few members of the agriculture community in the room to see how they could be punished.  This has resulted in the Democrats offering HB 1215 and SB 5266.

Lewison points out that these bills also contain many of the same flaws as the 2022 legislation.  She states that it treats ecosystems around streams in Eastern and Western Washington the same, despite them being considerably different.  Shift will have more on this legislation in the coming weeks as the hyper-partisan urban Democrats continue their nonstop attack on the state’s agriculture community. (Washington Policy Center and Washington State Legislature bill copies)