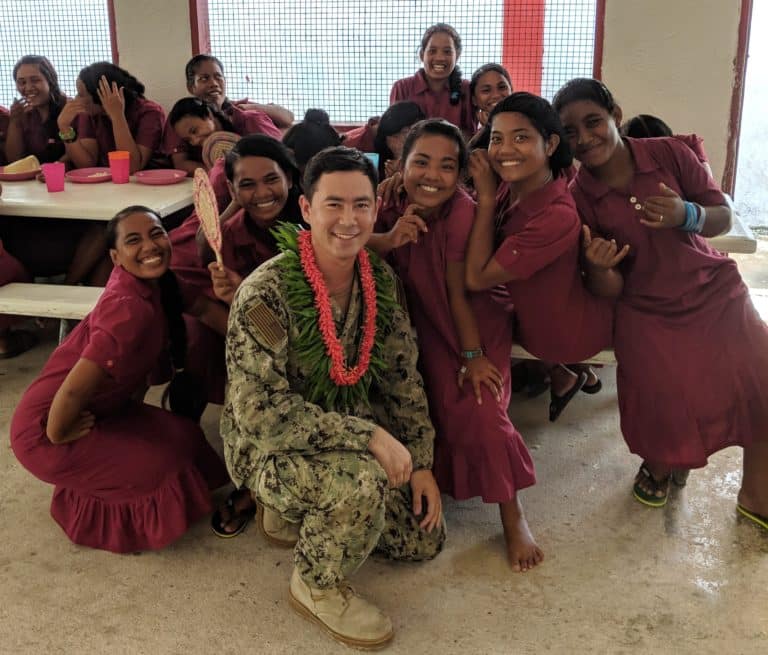 A bombshell letter from the father of the Democrat’s 10th Legislative District House candidate Clyde Shavers accuses his son with being untruthful about many claims, including his military service, where he lives (not in the district), and the conditions behind the immigration of his mother.  Brett Shavers stated that he wrote the letter after numerous attempts to encourage his son to be truthful with his campaign statements.  He explained, “I write this (letter) only to correct the record and personally as a matter of integrity.” Copies of the three page letter can be found here, here, and here. The 10th LD encompasses Whidbey (including the Naval Air Station Whidbey Island) and Camano Island, Northwest Snohomish County and Southwest Skagit County.

Clyde Shavers in the U.S. Navy and as legislative candidate

Brett Shavers’  letter states that candidate Shavers has no ties to Whidbey Island, that he owns a condo in Kirkland, and that he currently rents a room at a Whidbey Island Bed and Breakfast. The father asserts that the only tie his son has to the district is that they drove through it a few times when Clyde was a kid.   The letter also states that the candidate claims his fiancé lives with him on Whidbey Island, though the truth appears that she lives and works in California.

The candidate’s father also seeks to correct the impression his son attempted to convey about his mother’s immigration to the United States from Japan.  While campaign materials suggest that she was an economic refugee seeking to escape poverty, the truth is she came to American as a foreign exchange student and she decided to move permanently here after she fell in love with Brett Shaver.

There are many other misstatements by his son that Brett Shavers attempts to correct.  Father Brett Shavers is a former Marine and police officer. He writes, “this is the most difficult letter I have ever had the misfortune to write.” Yet he wrote it because, “We have nothing if we have no honor. We only have the truth to guide us.”

The 10th Legislative District has become one of the top battlegrounds in the state as the Democrats seeks to hold onto control of the Washington State Legislature.  Democrat Shavers is running against first-term Republican Representative Greg Gilday, who won the seat by 900 votes in 2020.  In the other 10th District House contest, Republican Karen Lesetmoe is challenging Democrat incumbent Representative Dave Paul, who won by only 650 votes in 2020.