Washington State Democrat lawmakers are all alone in their belief that a capital gains tax is not an unconstitutional income tax.

Shift’s Newsmaker Interview is with Representative Greg Gilday (R – Camano Island).  We previously spoke with the first-term legislator back in November, just days after his campaign had finished overcoming an election day deficit to win his 10th Legislative District election by 900 votes.  We talk with the representative about working in a virtual legislative session and how he stays in touch with his constituents while everyone is adhering to social distancing.  We also learn Rep. Gilday’s perspective on some of the major issues before the legislature, such as the Democrats’ expensive Low Carbon Fuel Standard proposal, an unconstitutional state income tax on capital gains, and the legislature’s response to the controversial Blake decision which legalized drug possession. (Click to read full Newsmaker Interview)

Jason Mercier of the Washington Policy Center continues in his quest to find any legitimate source to agree with Governor Jay Inslee and Washington State Democrat lawmakers that a tax on capital gains is not an income tax.  Thus far Mercier has found that the IRS and the 49 other states in the country disagree with the Democrats in Olympia, as they all consider it an income tax.

Mercier has recently added the non-partisan Congressional Budget Office to the list of tax experts who believe the Democrats are being deceptive in their terminology.  And why are Washington Democrats cowering alone in not calling their capital gains tax (SB 5096) an income tax?  Because even liberal/progressive/far-Left Democrats know an income tax is unconstitutional in Washington State.

By imposing the capital gains tax, Democrats see this as the beginning of a legal scheme to overcome the constitutional objection to establishing an income tax on Washington residents.  The Democrats hope to open up this (sometimes) massive new stream of tax revenue to pay for their never-ending plans to grow state government. Because this will increase the number of state employees, who will pay more mandated union dues to work for the state.  Which in turn will mean more campaign money for Democrat politicians and funding for liberal special interest groups.  But in order to accomplish these goals, Democrats need to use Orwellian tactics to re-define what words actually mean. (Washington Policy Center and Washington Legislature Bill Summary)

As (sadly) expected, the Democrat “leaders” of the Washington State Senate have broken from standard protocol and bypassed the Senate Transportation Committee to move forward their controversial, ineffective, and expensive Low Carbon Fuel Standard bill.  Since the bill (HB 1091) would impose regulations and cost on fuel – the 12-word title of the bill contains the phrase “transportation fuel” – it only makes sense to have legislative committee that deals with transportation issues deliberate on the legislation.  Yet, Senate “leaders” know that Transportation Committee Chair Senator Steve Hobbs (D – Lake Stevens) understands that the bill would be ineffective, invest nothing in transportation infrastructure, and impose more financial hardship on low-income workers, and thus he would kill the bill in his committee.  This year’s virtual session allows the extreme partisans in the legislature to move forward bad policy bills which have failed in years past, so the bill will go next to the Democrat leaders’ rubber stamps on the Rules Committee and will soon be voted on (probably a Saturday, or late at night) by the full Senate, where sanity is uncertain to prevail. (Jerry Cornfield Twitter and Washington Legislature Bill Summary)

The Washington Policy Center is looking for nominations for its annual Jennifer Dunn-Thomson scholarship.  The money from the award can go towards tuition or to pay for an internship in Washington D.C. and is awarded to “female college students who embody the late Congresswoman’s values of leadership, commitment to public service and personal values.” Deadline for applications is April 15th.  For more information, please click on the link. (Washington Policy Center)

A coalition of Seattle business operators, neighborhood activists, and non-profit organizations have started an initiative campaign to place a charter amendment on the November ballot which would require city officials do more to solve the growing homeless problem in the city.  This campaign is the backlash against the failed liberal policies implemented by various far-Left Seattle officials, which have cost taxpayers millions for many years, but have only made the homeless, drug, and crime problems worse in the city.  The charter amendment would fund new mental and drug counseling centers, open new shelters, and force the city to keep parks and sidewalks clear of encampments.  Seattle City Council Insight editor Kevin Schofield stated this charter amendment campaign is the direct result of failed leadership from Seattle City Hall.  He wrote, “It is a loud and not at all subtle message to the Mayor, the City Council, and the City Attorney that they have bickered themselves into irrelevance: their endless infighting and incremental tweaks are no longer fooling anyone into believing that they are going to make a difference to homelessness in Seattle.” The campaign needs to collect 33,600 signatures by the end of June to be placed on the November ballot. (Seattle PI and SCC Insight)

Seattle’s one-year moratorium on enforcing the city’s parking laws is coming to its scheduled end, and the city must face a whole new batch of problems.  Prior to the COVID-19 pandemic, some homeless individuals were ticketed for keeping their vehicles in one spot for more than 72 hours.  Thus, they would move them every three days to avoid tickets.  No surprise that when the city stopped enforcing the 72-hour limit many people stayed in the same location for months.  Yet, with businesses reopening, the city is lifting the moratorium and will soon again be ticketing vehicles again after a “period of education.”  But as one SoDo neighborhood leader stated, “We’ve had RVs who haven’t had to move for over a year and they’re a little territorial.” Many vehicles are now broken down and cannot move, and some ultra-liberal advocates do not believe the city should actually enforce the parking laws.  Meanwhile lame-duck Seattle Mayor Jenny Durkan has said there will be a plan to deal with the problem, but thus far she seems more interested in counting down the days until she can collect her multiple layers of government pensions than she is in leading the city’s government. (Crosscut)

The Seattle Police Department has announced that will soon be taking down the concrete barrier that surrounds its East Precinct on Seattle’s Capitol Hill, and replacing it with a barbed wire fence.  Last summer the building was the location of the attempted mass murder of its inhabitants, when liberal activists attempted to set the building on fire while also sealing the exit doors shut with quick-drying cement.  This act of political violence has yet to be condemned by Democrat elected officials, including Governor Jay Inslee and Attorney General Bob Ferguson, in case anyone remembers.  (MyNorthwest)

Cowlitz County Coroner Tim Davidson is being investigated for fraud.  The 15-year coroner was investigated for having the county pay for travel expenses that were already paid for by outside organizations on two separate occasions.  Davidson has admitted to the accusations and has offered to repay the county. The State Auditor Office has referred the case to the Cowlitz County Prosecuting Attorney’s Office. (Centralia Chronicle)

Wenatchee area health officials are worried that the region’s current COVID-19 infection rate may enable Governor Jay Inslee to move the counties back to Phase 2.  Currently both Chelan and Douglas counties are above Inslee’s random and unscientific requirements to stay in Phase 3. Chelan has a 226.7 infections per 100,000 people over a two-week period, while Phase 3’s maximum is 200. Douglas County has had 106 infections in the past two weeks, and the maximum amount for counties with less than 50,000 people is 100. Both counties have a week to lower their number of COVID-19 cases and Chelan-Douglas health officials are encouraging everyone to keep wearing their masks. Or, Inslee could always change his mind, and do, whatever, like he has been for over a year. (Wenatchee World)

The “miles ahead” proposal introduced by Democrat Transportation Committee Chair Representative Jake Fey looks more like “lagging behind” when you start digging into the details.  The bill (HB 1564) would create a carbon account that specifically calls for money to be spent on reducing miles travelled in your car, a reduction in fuel efficiencies for freight transportation, and construction of even more expensive state ferries.  All of Representative Fey’s bad policy (and math) adds up to a lot more of your taxpayer dollars spent for Democrats to decide how you go to work, school, and recreation. (Click to read full Shift Article) 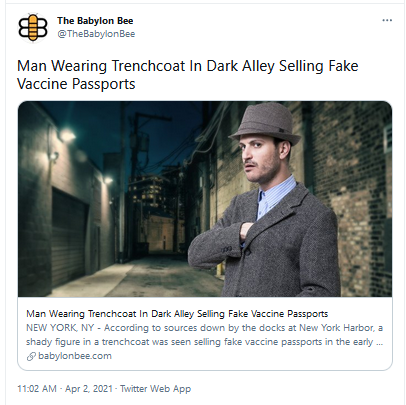 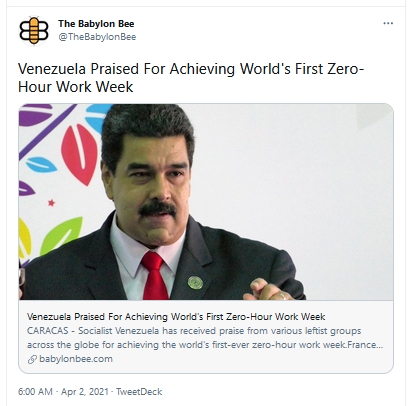