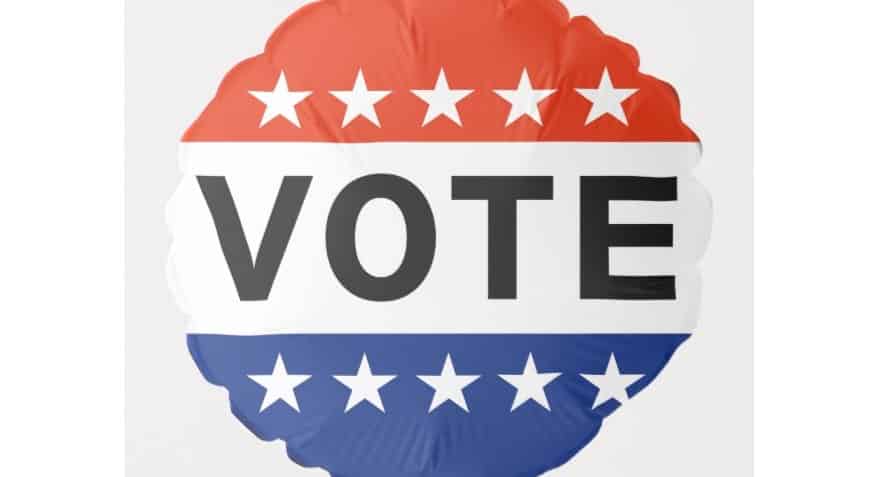 The QUICK TAKE: A little over one million ballots statewide were counted Tuesday evening, and anywhere between 500,000 to another million more ballots are still left to be counted in the 2022 Washington State Primary Election. Thus there could still be significant changes in the vote totals in the coming days. Here are our initial thoughts on some of the hotly contested races.

The only statewide executive position on the ballot will determine who will serve the next two years as Washington’s Secretary of State.  Governor Inslee appointed Democrat State Senator Steve Hobbs to the post after former Republican Secretary of State Kim Wyman was selected to lead national election security in the Biden Administration. The appointment of former Senator Hobbs had very little to do with his qualifications and more to do with Governor Inslee wanting to remove Hobbs from the Senate where he often voted against Inslee’s extreme environmental measures.

As the “incumbent” it must be very worrisome for Secretary Hobbs that he received only 41% of the vote.  We will not know who his general election opponent will be until end of this week, or perhaps early next week, after more ballots are counted. Currently it appears it will either be Republican Bob Hagglund, Republican State Senator Keith Wagoner or former Democrat/current “Independent” Pierce County Auditor Julie Anderson.

In the U.S. Senate race, as expected Republican newcomer Tiffany Smiley won the right to now face off against 30-year Democrat incumbent Patty Murray.  Thus far this race has featured a slew of negative ads from the Murray campaign, while Smiley’s media efforts have been focused on introducing the candidate to the voters. We can expect Smiley’s campaign, which has been out-fundraising Sen. Murray the past few months, to step up their attacks on the career Democrat politician who is rarely seen in Washington State except during election years.

At the congressional level, it is too soon to tell if King County Councilman Reagan Dunn or businessman Matt Larkin will be the Republican opponent against incumbent Congresswoman Kim Schrier in the 8th District. Currently there is less than 1,000 votes separating the two.

It appears Washington’s two congressional Republicans who voted to impeach President Trump will advance to the November ballot, while the Trump-supported candidates came in behind Democrat candidates who appear to have earned the second spot in the state’s “top-two” primary contest.

In Southwest Washington’s 3rd Congressional District, Republican Congresswoman Jaime Herrera Beutler appears to have survived a challenge by Trump supporters and will very likely be facing Democrat auto-repair owner Marie Gluesenkamp Perez in the general election.  Infighting amongst the Trump crowd led to a split in their vote and will likely leave both Joe Kent and Heidi St. John sitting on the sidelines for the general.

At the legislative level, there were quite a few interesting ballot twists on Tuesday.

In the 8th Legislative District (Tri-Cities) it appears that Republican community activist April Conners will be the top vote earner in the seat vacated by Representative Klippert. Yet it is very close as to whether Republican wine industry consultant Joe Cotta or Democrat John Christianson will be the second name on the general election ballot. Currently there are 150 votes separating Cotta and Christianson.

Also in the Vancouver area, there is a very tight race between Republicans John Ley and Greg Cheney as to who will be the Republican in the general election to replace retiring Representative Larry Hoff in the 18th Legislative District.  Currently there is less than 200 votes separating the two candidates.

Chris Vance’s attempt to claim he is an “Independent” does not appear to be fooling too many voters in his race against incumbent 31st Legislative District (S. King and N. Pierce counties) Republican Senator Phil Fortunato. Nearly all of Vance’s financial support has come from Seattle Democrats.  Vance currently has less than 41% of the vote, or a typical Democrat number in the district.

In the 33rd Legislative District’s (Burien, Des Moines, and SeaTac) senate contest there are more than 1,000 “write-in” votes. This is a good sign for Republican activist Marliza Melzer, who needs just 200 write-in votes to appear on the November ballot against longtime Democrat Senator Karen Keiser.

Veteran and Navy contractor Travis Couture received strong support as he defeated timber company public relations professional Patti Case to be the Republican candidate in the 35th Legislative District (Mason and parts of Thurston and Kitsap counties) House race. The seat was vacated by Republican Representative Drew MacEwen, as he is running for the Senate seat vacated by long-time Senator Tim Sheldon.

In an interesting 39th Legislative District House (Skagit and Snohomish counties) contest, it appears Republican Snohomish County Commissioner Sam Low has been unsuccessful in his attempt to unseat fellow Republican Representative Robert Sutherland.  Commissioner Low is currently 200 votes shy of Democrat Claus Jones for the second position.  Representative Sutherland previously drew criticism from Republican leaders for some of his actions. This will be an interesting race to watch as more votes come in over the next week. Appointed Senator Simon Sefzik has a whopping 14.5% lead over Whatcom County Commissioner Ben Elenbaas and will be facing current Democrat Representative Sharon Shewmake this November in the 42nd Legislative District Senate race.  Commissioner Elenbaas was originally the top choice of Republican Precinct Committee Officers to replace the late Senator Doug Ericksen, who died of COVID last December. Yet the 22 year-old Sefzik was the choice of the Democrat-controlled Whatcom County Commissioners because they believed he would be easier to defeat. Yet Sefzik has demonstrated he is up to the task of representing the district and has been very visible around the rural Whatcom County district.

In the race to see who will contend for the 42nd Legislative District House seat being vacated by Democrat Representative Shewmake, it appears Republican Dan Johnson will be taking on Democrat Joe Timmons this November. Johnson is the former owner of a tow truck company, and he is currently 1,100 votes ahead of fellow Republican Kyle Christensen.