Logically, if Governor Inslee is correct that daily street protests did not cause any spike in COVID-19 cases in King County, then there is no need for the social distancing restrictions he has unilaterally imposed on people and businesses. 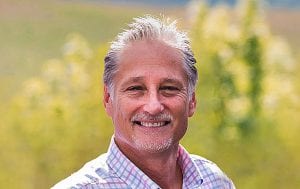 This week’s Newsmaker Interview is with Jeff Wilson, one of the Republicans’ leading hopes to gain a seat in the State Senate.  Southwest Washington’s 19th Legislative District’s Senate contest, which features current Port of Longview Commissioner Jeff Wilson taking on incumbent Democrat Senator Dean Takko, is one of the hottest races in the state.  We spoke with Commissioner Wilson about the race and his views on the issues that are important to the district.  Wilson shared his thoughts on the controversial sex education bill, the failure of Governor Inslee and the Democrats to call a special session to address our budget crisis , and the “lawlessness” and attacks on police officers which the Democrats have refused to condemn. (Shift)

If we are to believe Governor Jay Inslee and his Washington State Department of Health that the crowded protests in June were not a contributing factor to the spike of COVID-19 cases among young King County residents which occurred afterwards, then we should remove all social distancing restrictions that are currently hurting Washington State businesses.  By declaring that the protests were not a contributing factor, the governor is unknowingly arguing that all activities should be allowed to resume so long as people wear face masks.  Human beings should be allowed to replace cardboard cutouts at Mariner games, agritourist activities should only require guests to wear face masks, and restaurants should be able to fill their dining rooms with customers. If, of course, Governor Inslee is telling the truth that the virus can’t even be spread by sometimes-masked protestors.  (Washington Policy Center)

Representative Kim Schrier’s weak performance in last month’s primary election is boosting the campaign of her challenger Jesse Jensen.  Jensen, who was Shift’s Newsmaker interview last week, is now receiving national attention as a golden opportunity for Republicans to pick up a House seat in this November’s elections.  Jensen states that 8th Congressional District voters are having “buyer’s remorse” over electing Schrier two years ago. “Voters elected what they thought was a moderate and they got a Seattle-style progressive, and they are ready for a change.” (Seattle Times and Shift)

Special interest groups are spinning creative arguments as to how their pet projects are just what the country needs to recover from the coronavirus pandemic and thus deserve taxpayer funding.  One of the many such efforts comes from those who want taxpayers to hand over $10 billion to build a national network of “connected bicycle and walking paths”.  The alliance behind the “Greenway Stimulus” claim, “Our nation needs to make the infrastructure investments that lead us to strong economic recovery and a healthy future. Expanding highways doesn’t do it.”  But apparently bike paths do? (Streetsblog)

An interesting simulated video of the impact of a tsunami from a 9.0 earthquake of the Washington coast was released by the Washington Department of Natural Resources.  The video not only shows how large waves would crash against coastal communities, but also that water levels could increase by 10 feet within Puget Sound. (News Tribune/Department of Natural Resources)

Officials in both Washington and Oregon are attempting to squelch rumors that wildfires have been started by extreme political activists.  Even though arrests have been made of individuals starting fires, there currently is no proof that an organized effort by extremist groups is responsible for the fires that have engulfed the West coast. (Everett Herald)

Defense attorneys for Seattle rioters know that city and county prosecutors would be generous to their clients, and are upset that federal authorities have stepped in to hold offenders accountable for their violent actions.  An attorney for one of the suspected arsonists displayed his displeasure with federal prosecution when he stated, “The Department of Justice came in, and took the cases to federal court where they can levy draconian mandatory minimum penalties against the people who are charged.” Umm, you mean like put people in jail who break the law? (KUOW)

Not until the last paragraph of a very long story, do we learn the true aim of those behind the defund police movement in Seattle – a bigger, more expensive, and more powerful government.  The reporter clearly didn’t want to make it too obvious that a radical agenda is driving the unelected activists pushing for defunding, so it was buried. But one of the prominent ones, from the UW Law School, closes the story by stating “Our coalitions are operating from a base understanding that when people have their basic needs met — housing, healthy food, child care, health care, etc. — they are safer.” Perhaps a true statement, but one that requires a large entity – say a government – to pay for all these “needs.” Yet, once government raises taxes, creates bigger bureaucracies, and hands out all these goodies, who will be there to protect them from being stolen if they have defunded the police? (Seattle Times)

The Washington State Supreme Court is allowing the recall effort of Snohomish County Sheriff Adam Fortney to proceed.  The court ruled that three of the four counts filed by recall proponents can be included on the petition.  Two of the counts are related to a Facebook statement Fortney posted stating his department would not enforce Governor Inslee’s stay-at-home orders, and the third involves the department rehiring former deputies who were released by the previous sheriff. The recall organizers now have 90 days to collect approximately 45,000 signatures to place the recall on the ballot in early 2021. (Everett Herald)

The Seattle Public Schools’ administrators are concerned over the low percentage of students logging on to the district’s online system during its “soft start” of classes.  Instruction begins officially next Monday, but the district was encouraging students and parents to log onto the system this week to ensure they know how to use the program and for teachers to connect with the students.  As of Thursday, only 25,000 of the district’s 55,000 students have logged on. Of course, using Seattle School District’s grading policy, almost 50% is an A!  (KING5 News)

The Tri-Cities honors the victims of 9/11 during a ceremony at Kennewick’s Southridge Sports Complex.  The park is one of the few locations in the state where a portion of steel from the fallen World Trade Center towers is located. (YakTriNews)

Walla Walla Catholic Schools are moving forward on a plan to have all students return to the class by the end of the month.  The private-school system is moving at a faster pace than the local public schools, as it slowly progresses in allowing different grade segments to return first to part-time in-person instruction and then return full-time to school campuses.  Younger grades are moving at a faster pace and face coverings are required of all students and personnel. (Walla Walla Union Bulletin) 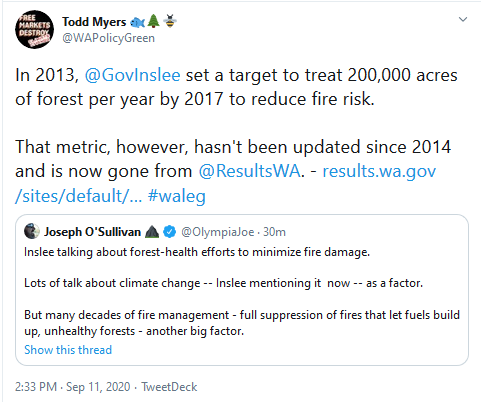