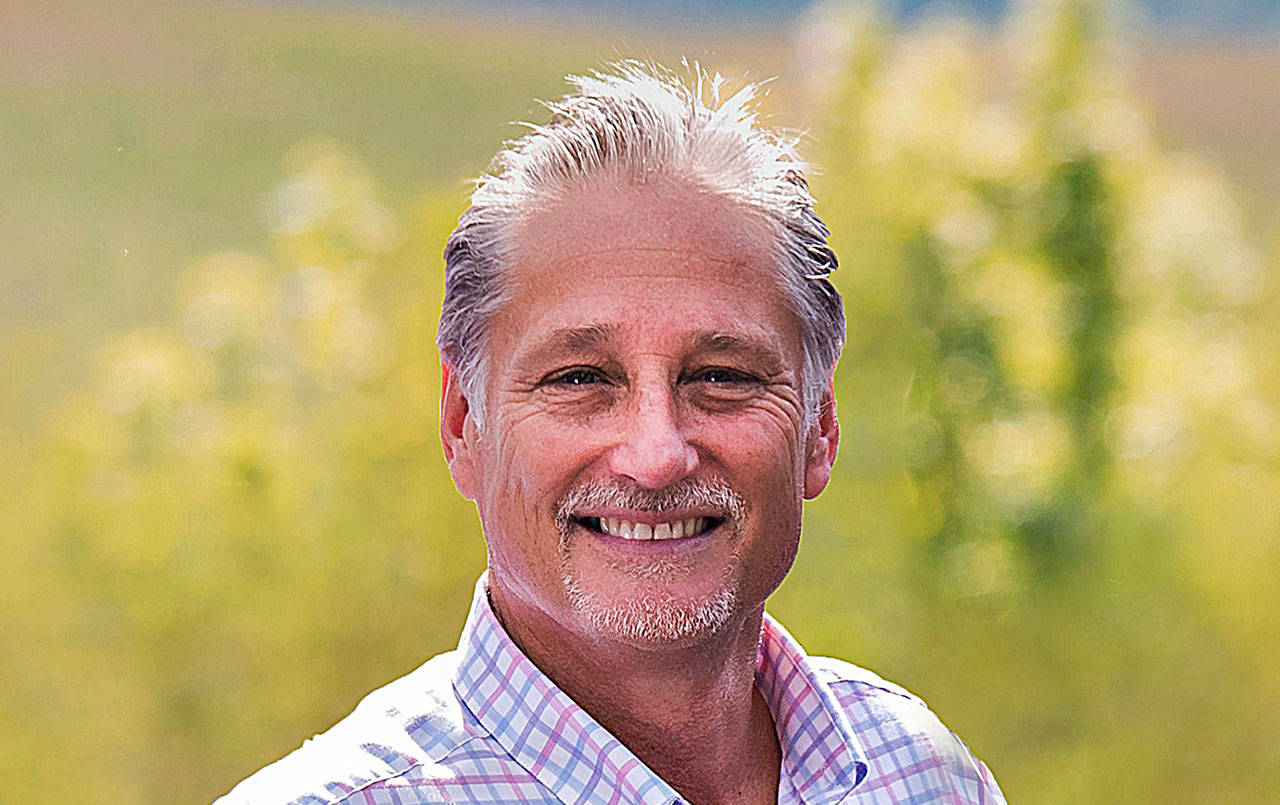 This week’s Newsmaker Interview is with Jeff Wilson, one of the Republicans’ leading hopes to gain a seat in the State Senate.  Southwest Washington’s 19th Legislative District’s Senate contest, which features current Port of Longview Commissioner Jeff Wilson taking on incumbent Democrat Senator Dean Takko, is one of the hottest races in the state.  We spoke with Commissioner Wilson about the race and his views on the issues that are important to the district.  Wilson shared his thoughts on the controversial sex education bill, the failure of Governor Inslee and the Democrats to call a special session to address our budget crisis , and the “lawlessness” and attacks on police officers which the Democrats have refused to condemn.

First of all, please tell us about yourself and the 19th Legislative District.

My family and I reside in Longview, the largest city in the 19th Legislative District, where I attended local schools, then attending college at Western Washington University, where I studied history and business.

For over 50 years, Longview has been my home, and both our children were born and raised in Cowlitz County, one of the five Counties that make up the beautiful 19th district.

At the age of 11, I started my first paying job, working for that same company for 14 years.  Then at age 26, I started my first business which is still operating today providing family wage jobs.  Over the years I have owned and operated multiple businesses and have been successful as a “serial” entrepreneur prior to entering politics at age 55, when I was elected in a landslide as a Port Commissioner for the Port of Longview and still serve today as the VP of the commission.

The 19th legislative district is a rural setting where natural resources abound, and opportunity should exist, yet is handicapped by bureaucratic oversight form regulatory agencies and has been left out of the growing economy of the Seattle area.  State agencies, such as Department of Ecology, have tied the hands of businesses.  During the current COVID pandemic this district has been suffering from an unemployment rate as high as 16 percent.

You have served on the Port of Longview Commission.  How has that experience prepared you to serve in the Washington State Senate?

When I was elected as Port Commissioner, I immediately began to go to work to fulfill my campaign promises by applying the years of experience as a business owner to stabilize the Port on behalf of the residents.  Since serving on the commission, I have championed reduction of taxes by over 53 percent and eliminating some fees placed upon the public.   In addition, I have worked on over 16 policies to place the port in a transparent and responsible agency to its’ constituents, all while creating additional jobs and consecutive years of profitability and success as a public business.  Spending is under control, and good policies are now in place to move the Port into a solid position to benefit investors and the public.

My success at the Port is due to my ability to work with others on behalf of our district.  As my current position is non-partisan, I have had the opportunity to work with several government agencies, political leaders, and represent the public in order to work thru problems with solutions and compromise that has benefited our community and beyond.  My experience and service has only demonstrated further the need for Olympia to change course and represent the will of the voters and respect the Constitution, and to do so in a transparent manner…time to restore the voice of the people instead of pure party loyalty.

What is your opinion on Governor Inslee and Democrat legislative leaders refusing to call for a special session to repair the budget that has been decimated by an estimated $8.8 billion revenue shortfall?

For many months I have spoken openly that the legislature should have gone into session to start preparing the budgets and address a check and balance issue that has allowed the governor to act unobstructed throughout the crisis. Simply put, the Democratic Party has a bully advantage in all areas of Olympia, leaving the door open for well needed change and representation of rural and local values, rather than surrender to Seattle style governance.

I will not be voting for the return of Governor Inslee for many reasons, his failure to call for a special session is at the top of the list.  With budget shortfalls in the ‘billions” now, the reckless spending and taxation of the previous legislative session now proves such spending was and is not sustainable and the risk is too high for the voters…being a conservative I must say Olympia can no longer tax its way into success or pandemic recovery.

Many people around the state are talking about the sex education bill passed by the legislature that is now before the voters as Referendum 90.  How do you stand on this legislation?

SB 5395 was co-sponsored by my opponent and has now been placed on the ballot as Referendum 90…not only will I vote to reject this poor legislation, I will fight for local control for local school districts to decide what curriculum to provide to students on behalf of the wishes of local communities rather that surrender control and ideals to Seattle, and/or the Democratic party.  This legislation (SB 5395) goes way too far.  This bill was controversial from the beginning and clearly shows the current legislative leadership is NOT listening to the voters, and should have allowed the voters to decide if this is what families, and parents want, by placing this in front of the voters in the first place.  Over 260,000 voters placed this on the ballot, where it should have been in the first place.

This was a partisan bill, as ALL Republicans and even one Democrat voted against, however the control in the Senate is currently 28 Democrats to 21 Republicans.  I am strongly against this and will respect the will of the voters and allow families to make their own parenting opinions instead of allowing Olympia to act as a parent for our own children.

You have been active on the needle exchange issue.  What has your experience taught you about this issue?

I am proud of my community service. I have been recognized over the years for positive actions within our community, as I have been awarded the key to the City of Longview for my civic service. This includes a 14-year project to restore a historic steam locomotive and many other projects located throughout Cowlitz County.  In addition, I have served as a community activist and have been successful in providing positive change to the public.

One noted project was my service to end the direct government involvement in a syringe exchange program in Cowlitz County.  In 2016, I began to notice hundreds of discarded and used needles in public spaces routinely.  I began to pick up these syringes and trace back the source and expose the failures of the publicly funded abuse of enabling under the guise of “harm” reduction.  At one point in time the County ran program distributed almost one million needles for a county that has a population near 100,000…which essentially gave away, unchecked needles without responsibility.  After over two years of cleaning our area of these needles, I led the way to get our local government out of this business and hold local officials accountable to the citizens.  In all I removed thousands of needles and even went undercover to expose the faults of the program in order to provide the facts to the public and insure accountability and demand transparency instead of playing to minority interest when it comes to such issues.  What I learned most is that elected officials must be held accountable to the voice of the majority of voters.

Unfortunately, the Pacific Northwest has made national headlines because of violent attacks on police officers.  Thus far, Governor Inslee, Attorney General Bob Ferguson and nearly all Democrat officials in Washington State have failed to condemn these attacks.  How do you stand on this issue and has your Democrat opponent condemned the on-going violent actions of the protestors?

The last year we have all seen the direct results of poor leadership from our governor on many fronts…the allowance of “lawlessness” has set a dangerous precedent for the public to have little consequence for being lawless as we clearly observed in Seattle this year.  This is what I also attribute to “Seattle style” politics…protesting is a valued right provided by the Constitution…yet rioting and looting has gone too far and our governor and our attorney general watch without intervention.

The destruction of property and disrespect of the men and women police officers is not acceptable.  I have been a very vocal opponent of lawlessness and my opponent seems to NOT want to challenge his party or the Governor. I support the law and due process; NOT rioting as an excuse to behave badly and get away with such actions.  I feel the majority of voters support my position and clearly the primary elections sent a message to our current state leadership that they are not listening. I will.

For more information on Jeff Wilson and his campaign, visit: https://www.jeffwilsonforsenate.com/