Governor Inslee continues to make false and elusive comments because the press has failed to condemn him for repeatedly doing this.

Governor Inslee announced the state has received a $15 million federal grant to help small businesses, but hasn’t decided which campaign donors will get that help.  It is no surprise that Inslee’s Department of Commerce (which has been run by a long list of Democrat political operatives) is not saying what the criteria will be for appropriating these funds. Department Director Lisa Brown (former Democrat Senate Majority Leader and congressional campaign loser in 2018) said only that grants will “go out equitably with respect to region and specific demographic groups.”  We can take that to mean those who live in high-population urban areas that vote solidly Democrat and/or belong to a liberal interest group that supports Inslee’s campaign will be the most likely recipients of these funds. (KING5 News)

Despite a drop in new unemployment claims, Governor Inslee’s dysfunctional Employment Security Department (ESD) has yet to resolve over 20,000 claims from Washington residents.  The backlog problems never seem to end, despite the governor repeatedly promising to focus his attention on solving it and the ESD hiring over 1,000 additional individuals (and using the National Guard) to process the applications and handle appeals.  ESD Commissioner Suzi LeVine issued yet another meaningless statement acknowledging the “frustration and hardship these delays can cause.”  As one frustrated applicant said about her long pending application and appeal, “We’ll see how this appeals process goes. But I am not expecting it to be quick.” Seems the only thing quick about ESD is how quickly LeVine and Inslee break their promises about solving the problems which they have caused. (Seattle Times)

One final item from Inslee’s poor performance in this week’s gubernatorial debate: The governor said he had no idea what his opponent Loren Culp was talking about when the Republican candidate brought up the pricy no-bid consulting contracts the Inslee administration was handing out to his friends.  Our governor thus proved, once again, that either he has no clue about what is happening in his administration and the state, or he just chooses to play ignorant when facts are uncomfortable for him.  The news that his administration paid approximately $5 million dollars in a series of contracts with the consulting firm McKinsey & Company made headlines just two months ago.  Despite full employment of state workers during the pandemic, the Inslee administration needed to spend even more taxpayer money on outside help asking for advice on how not to keep screwing up. (Melissa Santos Twitter and The Seattle Times)

The Washington Observer reports that Governor Inslee’s campaign, through loopholes in the state’s campaign financing laws and the clever shifting of funds between bank accounts, has received nearly 20% of his campaign funds from eight very wealthy donors.  Since political party organizations are permitted to receive unlimited contributions, and because there are not limits to what parties can give to candidates, nearly $1.4 million has ended up in the Inslee account that came from wealthy liberal contributors like Nick Hanauer. (Washington Observer)

The Roanoke Conference will be holding a virtual forum titled, “How is public education serving our kids” next Wednesday evening.  Panelists will include Maia Espinoza (candidate for Washington State Superintendent of Public Instruction), Jene Wey (a schoolteacher and University of Washington researcher), and Corey A. DeAngelis (the Reason Foundation’s director of school choice).  The one-hour event will take place on October 14th starting at 6:00 PM. The forum is free, but registration is required – click on the link. (Roanoke Conference)

Despite all the environmental political rhetoric from Seattle City Hall, a new report reveals that the city has failed to reduce its CO2 emissions.  A report from the American Council for an Energy-Efficient Economy (ACEEE) showed that the City of Seattle is really good at wasting taxpayer money making grandiose environmental policies and setting distant goals, but the city fails dramatically at actually reducing emissions.  The ACEEE report itself reflects the failure of current environmental politics, for it gives more credit to cities for saying are going to do something about the environment than actually doing it.  That is why New York City is ranked number #1 in the ACEEE’s scorecard, despite seeing an increase in CO2 emissions, and why Seattle is ranked #2, despite significantly failing to meet climate goals.  This provides more evidence to the argument that the liberals’ obsession with environmental policy has more to do with increasing the size and power of government, and much less to do with helping the environment. (Washington Policy Center and American Council for an Energy-Efficient Economy Clean Energy Scorecard)

The Washington State Supreme Court tossed out the recall effort against Seattle Mayor Jenny Durkan.  In ending one of the two Seattle recall cases (the other is against Councilmember Kshama Sawant) being waged between competing factions within the Democrat party, the court unanimously overruled a previous King County Superior Court’s opinion by ruling that the recall campaign’s accusation did not rise to the level that would allow the recall effort to continue. (Seattle Times)

The City of Seattle is paying artists tax money to paint anti-police artwork near the police department’s East Precinct.  After rain damaged some of the artwork created by the protestors who had forcibly taken over six blocks on Seattle’s Capitol Hill, the city agreed to pay 16 artists a total of $50,272 to repair it.  One of the artists has re-painted anti-cop slogans (“ACAB,” which is an acronym for “All Cops are Bastards’ and “No cops in a racist system”) and has bragged about it on social media.  Apparently, this is how the city is spending the funds it saved by “defunding the police.” (MyNorthwest)

Environmental groups behind a much-publicized lawsuit against a Yakima Valley Dairy Farmer have chosen to back off and have asked the federal court to dismiss their case.  The environmental groups did not provide a reason for the dismissal of their lawsuit against Majestic Farms.  Previously the groups had alleged the farm had contaminated the local water supply by not responsibly managing the disposal of cow manure. Cow manure expert Jay Inslee was prepared to testify in the case, but evidently won’t be needed. (Yakima Herald)

The Spokesman Review reports that seven of the 11 businesses fined by the Washington State Labor & Industries (L&I) Department for failing to comply with Governor Inslee’s facemask mandate are in Eastern Washington.  Three of them are Zip’s Drive-Ins.  Assessed fines range from $1,500 to $5,700.  L&I states that they have received complaints against 4,200 businesses for failing to adhere to the facemask mandates. It must be easier to just go after those in areas where Republicans live. (Spokesman Review)

In its latest fundraising email, 8th Congressional District Representative Kim Schrier’s campaign makes some haughty claims.  The email states, “As a doctor, Kim recognized the urgency needed to protect our families and businesses. She got to work immediately and secured relief for small businesses and workers affected by this pandemic.”  Apparently the Schrier team believes only those with medical degrees understood the urgency of the pandemic, which the rest of us were apparently too stupid to comprehend.  Also, they believe we should be thankful that Schrier is in office.  For without Schrier, small businesses and workers would never have received any financial assistance.  It is arrogant comments like these (and her failure to support Seattle police officers who are being physically attacked by liberal protestors) that led to her incredibly poor performance in the primary, when the first-term Congresswoman barely received 43% of the vote, despite a heavy Democrat turnout. (Schrier campaign email and Secretary of State Election results) 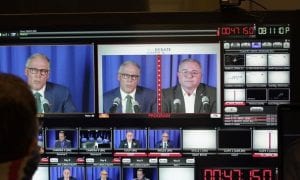 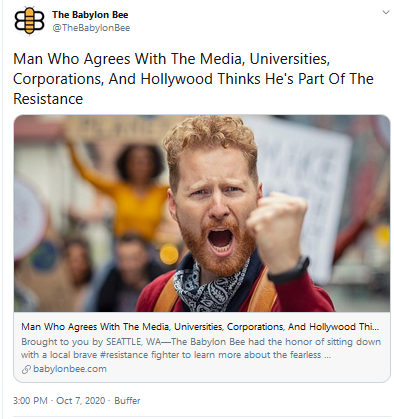 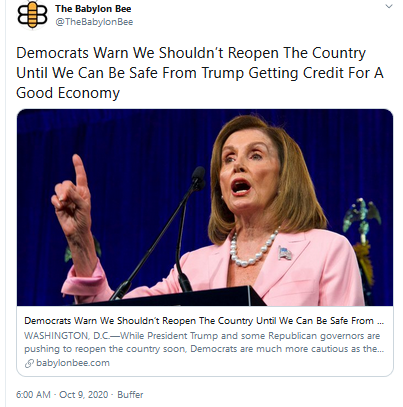