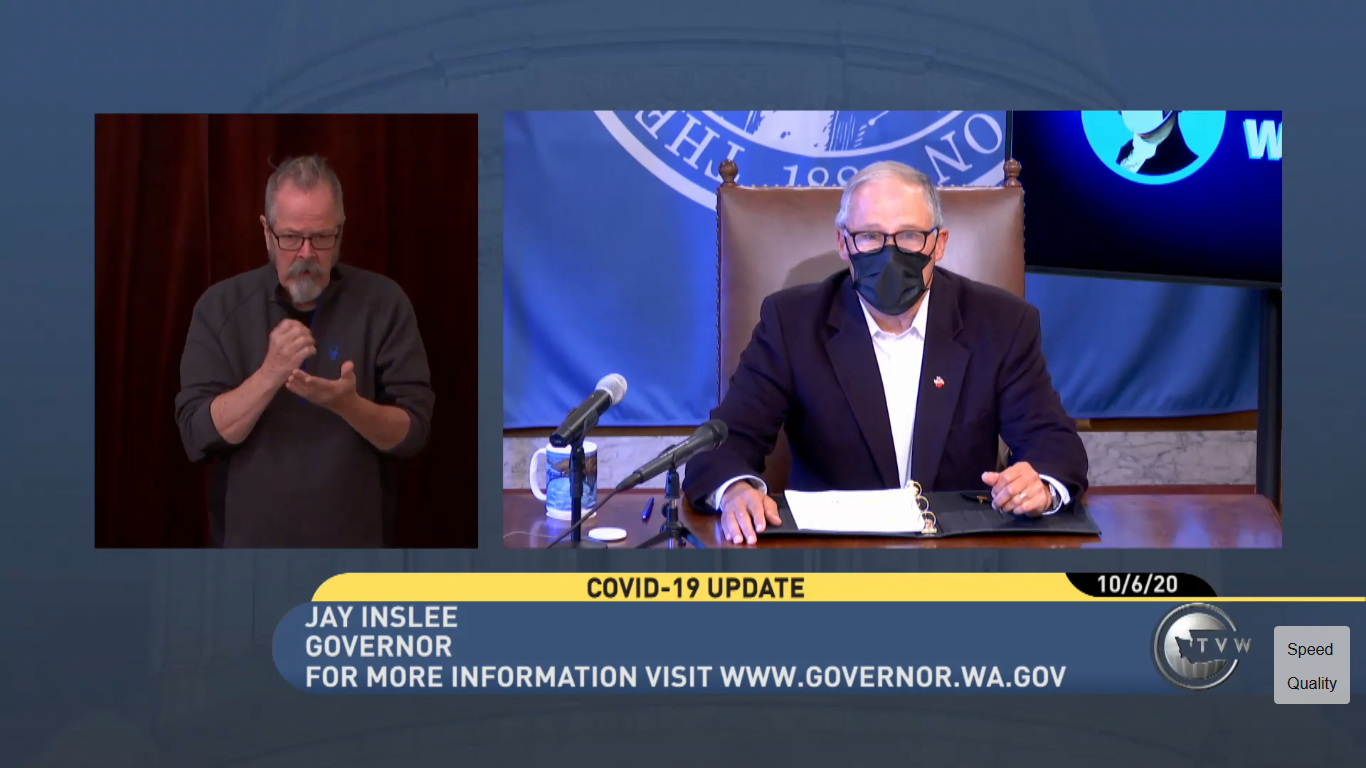 During Governor Jay Inslee’s “press conference” on Tuesday, he demonstrated again his lack of respect towards the intelligence of the Washington citizens and how most of the local media has failed in its responsibility to hold the governor accountable for his comments

In Tuesday’s virtual media event, KOMO TV’s Keith Eldridge asked Inslee about the Republicans call for a special session so the legislature could assist local school districts which want to resume in-person instruction. (Eldridge also mentioned Boeing in his question, yet there is not much the legislature can do about the company’s decision to relocate jobs to South Carolina, unless they want to take the governor’s lead and tax more Boeing jobs out of the state.)

Instead of answering the question, the governor provided the following disjointed and evasive response, “No, I haven’t seen any new news on that. They are still insisting on taking away people’s health insurance. With Donald Trump.  They have not offered any real… real suggestion on aerospace. And we are not going to allow them to cut mental health or homelessness.”

It might surprise some that, after 30 years in politics, Inslee is still unable to provide a clear and concise response to a simple question. Yet, this answer really fails to connect with reality.

The governor is well aware that Republicans are in the minority in both the House and Senate, so they do not have the votes to use special session for any of their priorities, let alone to take “away people’s health insurance”, which absolutely no Republican has suggested (the only person to suggest this is the governor).  Inslee’s response was clearly a straw man argument to attack Republicans and was obviously false to any person with a “Schoolhouse Rock” knowledge level of the lawmaking process.

The comment was also disrespectful to school administrators across the state who want to resume in-person instruction and have asked legislators to make changes to the state’s excessive liability laws so they can do so.

Unfortunately, not one member of the old guard media has been critical of Inslee’s elusive response or pointed out the false scenario he made up to avoid answering the question.

Yet, perhaps we should not be surprised, for in his two terms in office Inslee has rarely been challenged or suffered any negative media consequences for making false comments.  Thus, he makes them all the time.

Consider that last year, Inslee responded to the mounting criticism of him forcing the Washington taxpayers to pay for his security detail during his failed presidential campaign by saying, “I am just following the law.”

Do you recall any member of the media pointing out the obvious flaws in Inslee’s response – starting with asking him why during his first six years as governor he did not change the law that requires taxpayers to always fund the security detail of state officials when the travels outside the state on personal business (even during delusional campaigns for President)? A follow up question would inquire why Governor Inslee did not support the legislative proposals to protect Washington taxpayers from such a personal expense?

Even more telling, no one in the media pointed out that there is nothing in state law that kept Inslee’s campaign from reimbursing the state (which is what citizens were demanding, what his fellow presidential candidate Montana Governor Steve Bullock was doing, and what many other governor/presidential candidates have done in the past) for the additional cost to provide the security for his vanity campaign.

Or consider that in the week following the takeover of six blocks on Seattle’s Capitol Hill by violent protestors, Inslee was asked about the historic creation of the Capitol Hill Autonomous Zone (CHAZ)  which was making headlines across the country.  Inslee made one of his most incredibly inept responses, stating “It is news to me. So, I will have to reserve any comment on it. I have not heard anything about it.”

Besides a few tweets and a couple of brief mentions in the media (mostly by Q13’s Brandi Kruse), this comment from Governor Inslee failed to receive the outrage it deserved.  Imagine if a Republican governor had stated he knew nothing about a lawless takeover of a portion of the state’s largest city.  The media would have been rightly filled with indignation and there would have been demands for a recall or at least some medical attention for the governor.  Yet, our local media sat on their collective hands again following Inslee’s demonstrated incompetence, perhaps in part concerned about being shut out of Inslee’s future “press conferences.”

The media plays a major and important role in our democracy.  They assist in keeping the public informed about the actions or statements of our elected leaders.  They are the ones with the opportunity to ask our public servants the tough questions and point out when politicians make erroneous and evasive responses.  When they do not uphold this responsibility, our democracy suffers.  This is what is happening now in Washington State.

While media members are responsible for their failure to hold the governor accountable for his comments and actions, Inslee’s staff has admittedly made this difficult. They control all access to him, led by a chief of staff who is a former political reporter. He seems to delight in squeezing his former colleagues, through nasty emails (which have become public) and keeping them off the list of those allowed to ask questions at his “press conferences”. The governor’s handlers know the media will give him a pass on his factually incorrect and evasive responses, and thus Inslee acts as if he is no longer accountable to the public.

The national media is rightfully critical of false comments made by the President. The local media should also question and challenge our governor with the same enthusiasm.  Our democracy would be better served if they did.