The Seattle Times does their best Westley impersonation and does as the Democrats wish in attempting to ruin the reputation of an outstanding kind-hearted public servant.

King County Democrats fully understand they would lose any election based on the issues and the liberals’ failed policies on homelessness, crime, and climate change, leaving them to resort to their usual bag of dirty tricks in an attempt to ruin the outstanding reputation of a hard-working, knowledgeable, and kind-hearted public servant, King County Councilmember Kathy Lambert.  Sadly, the Seattle Times ignores any critical observations of the Democrats’ disgusting talking points, and prints exactly what the Democrats want them to print.  On the other hand,  the newspaper still refuses to mention a national news story regarding an unprecedented 18 current and former staff members of Democrat Congresswoman Pramila Jayapal stepping forward to criticize the progressive politician for creating a “hostile workplace” and berating her staff in public.  Maybe the Times should check the mirror, for its liberal bias is definitely showing.  (Click to read full Shift Article)

This week’s Newsmaker Interview is with second-term State Senator Brad Hawkins (R – East Wenatchee), the leading Republican on the Senate’s Early Learning & K-12 Education.  In the debate over state Democrats attempting to force school districts across Washington to teach the very controversial Critical Race Theory to our children, Senator Hawkins is expressing concern that “our communities are gradually losing their ability to guide the decisions of the school boards they elect.”  Senator Hawkins has also become a leading advocate for the development of clean hydrogen power, which could provide a significant economic boost to Central Washington. In his interview, Senator Hawkins shares his views on these topics, and his thoughts about the lawsuit to stop the Democrats’ state income tax on capital gains, the governor’s never-ending use of emergency powers, and his recent survey of Central Washington constituents regarding Governor Inslee’s vaccine and face mask mandates. (Click to read full Newsmaker Interview)

The current long lines at Puget Sound ferry terminals, accompanied by hundreds of delayed or canceled sailings, could become the norm thanks to Governor Jay Inslee’s vaccine mandate.  Approximately 250 Washington State Ferries workers have yet to provide proof of being fully vaccinated against COVID and are thus at risk of being fired by the governor on October 18th.  Yesterday 30 scheduled ferry trips on Puget Sound were cancelled due to a “lack of Coast Guard documented crew.”  More than 140 sailings were canceled today (Friday) for the same reason.  Service to the San Juan islands (which are totally dependent on the state ferries to supply the residents with necessities) and Bainbridge Island have been the hardest hit thus far.  Add three ferry boats out due to mechanical problems to only make matters worse. Yet, even if the ferries were in service, would there be enough state ferry workers available to operate them?  One retired ferry captain has labeled the approaching crisis created by Inslee as the “ferry boat Armageddon.” (KING5 News and MyNorthwest)

The Washington State Department of Ecology admits that Governor Inslee’s expensive Low Carbon Fuel Standard (LCFS), which will significantly increase energy prices, will do nothing to help meet the state’s carbon emission targets set by the also recently passed cap-and-trade bill.   A new report from the Washington Policy Center explains how the two climate bills jammed through by the Democrats during the 2021 legislative session actually achieve the same net result for carbon emissions.  Thus, while cap-and-trade has many problems associated with its implementation, it does not have the additional high inefficiency costs associated with the LCFS. But to liberal lawmakers, this inefficient and expensive duplicity is not important, for they all want is a shiny “Climate Change Trophy” to signal to fellow liberals how much they love the planet. (Washington Policy Center)

Republican state legislators are encouraging Washington residents to voice their support of bi-partisan bills in the Washington State Legislature which would provide property tax relief for homeowners.   As the Tax Structure Work Group continues to hold virtual meetings around the state, seeking the public’s thoughts on the state’s tax laws, Senator Lynda Wilson (R – Vancouver) and Representative Ed Orcutt (R – Kalama) wrote an op-ed in The News Tribune to encourage the public to support SB 5463 and HB 1579. The bills would exempt the first $250,000 of the property value before determining property taxes.  Senator Wilson and Representative Orcutt argue that since the state’s economic forecast is showing $6 billion in extra revenue taken from taxpayers, then those same state taxpayers should receive some relief. The Tax Structure Work group continues to hold meetings to seek public comments, so please check the schedule for the “Tax Town Hall” for your region. (News Tribune, Washington Legislature Bill Summary, and Tax Structure Work Group schedule)

Once again, Downtown Seattle business leaders and community groups are asking the liberals who dominate the Seattle City Council and the King County Council to finally “address the mental health and substance use crisis in downtown Seattle and improve safety and security for all who live, work and visit here.”  The letter, which was signed by more than 60 business and community leaders, provides vivid testimony about the decaying conditions of the downtown neighborhood. The letter outlines five specific measures the signees are asking the elected officials to take. The suggested actions focus on helping those with severe mental health problems, drug addiction, and homelessness, providing more police officers, and assisting businesses which are the repeat victims of criminal activity.  Sadly, both of the liberal-dominated councils have a history of ignoring such pleas in the past, and instead they use the many problems facing downtown as an excuse to increase taxes to boost the size and cost of government. (MyNorthwest and Downtown Seattle Association letter)

30 retired judges, including a couple of well-known liberal former Washington State Supreme Court justices, have publicly endorsed the campaign of Ann Davison to become the next Seattle City Attorney.  Two well-known Seattle Democrats who served on the Washington State Supreme Court, retired Justices Bobbe Bridge and Phil Talmadge (he was also a four-term Democrat State Senator), are among the names of jurists joining retirees from the King County Superior Court and Seattle Municipal Court. The endorsement letter, signed by the 30 retired judges, informs voters that, “Just as in hiring your own lawyer, you want the best qualified, best prepared attorney you can get for the job.”

Meanwhile, the extremists who control the Washington State Democrat Party continue to support the radical candidate Nicole Thomas-Kennedy, who calls rioters who set fire to buildings “Heroes” and believes all police officers are “serial killers.”  Will the media push other Democrat office holders to publicly state who they support in the race, as they certainly would ask of Republican officials if a moderate Democrat was in a heated contest with a Right-wing extremist?  Will the local candidates endorsed by the Washington State Democrat Party be asked if they support the extremist views of the party, as defined by Thomas-Kennedy?  We encourage our readers to go through the list of local “non-partisan” candidates the State Dems are helping and ask them yourself if they go along with Democrat Chair Tina Podlodowski’s support for the radical extremist Nicole Thomas Kennedy. (Endorsement Letter of 30 Retired judges, Wikipedia, Tina Podlodowski tweet, and list of local “non-partisan” candidates endorsed by the Washington State Democrat Party)

With the election fast approaching, King County Executive Dow Constantine is finally sending federal funds designated for rental assistance out to those in need.  King County received millions last winter and Executive Constantine has been heavily criticized for King County’s incredibly slow response in processing applications and delivering the much-needed funds to tenants and landlords.  Evidently Constantine thought it was more important for King County to collect bank interest on the federal relief money instead helping those who are struggling.

By late summer, only 800 applicants out of over 14,000 tenants had received any of the federal assistance.  But with the November 2nd election coming next month, 4,656 applicants suddenly received their checks just before their ballots are scheduled to arrive next week. (Puget Sound Business Journal)

To help keep Governor Inslee from hearing dissenting opinions about his policies, his staff does not release his schedule to local media until the last minute, to prevent any pesky protestors from showing up and ruining his well-scripted photo opportunities.  This sleazy little trick was revealed by a board member of a Walla Walla group which met with the governor earlier this week. (We should note that from social media posts this tactic has been employed the staff at other locations as well.)  The governor’s staff was asked about this procedure, and they refused to comment (thus demonstrating their attempts to isolate the governor from any criticism).    Since the governor has already essentially eliminated those elected by the voters to make laws (i.e. the legislature) from weighing in on his mandates effecting millions of lives, his staff seems fine with going into full dictator mode and eliminating the public’s voice as well. (Walla Walla Union Bulletin)

An article in the Spokesman-Review outlines the many options facing Washington State University football coach Nick Rolovich if he does not provide proof of being fully vaccinated by the October 18th deadline set by Governor Inslee.  Rolovich is the most prominent state employee who had not been vaccinated prior to the governor imposing his mandate over a month ago.  Both Rolovich and the state have options once the deadline occurs in 10 day, including putting the coach on administrative leave until he is fully vaccinated or beginning the process to terminate the coach.  This situation will likely become more contentious once the deadline has been reached. (Spokesman-Review) 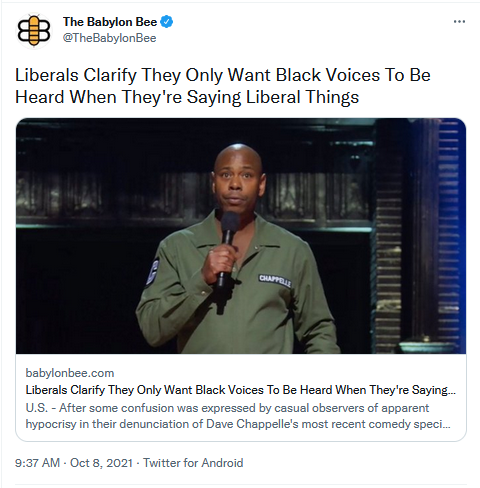 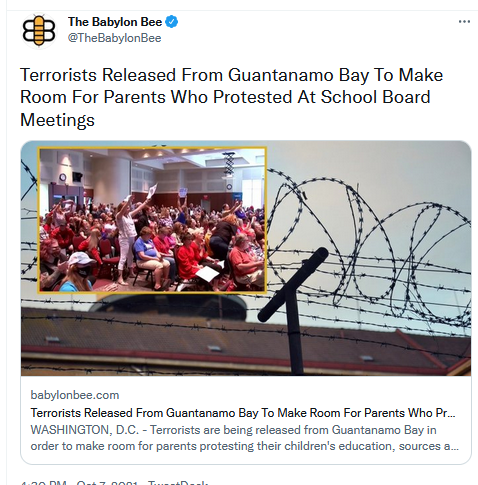