Once again Governor Inslee overstepped his authority and reneged on a promise, causing taxpayers to have to fund his legal messes.

Governor Jay Inslee once again abused his authority, reneged on a promise, and this time a member of his staff told a judge a factual error regarding the actions of the governor’s office. The latest set of Inslee’s abusive power plays  involve the appointments made to the Washington State Building Code Council (SBCC).  Previously, the governor’s office negotiated with the Building Industry of Washington (BIAW) and the Association of General Contractors (AGC) that each of the industry stakeholders would have a seat on the SBCC (BIAW for “home builders” and AGC for “commercial contractors”).  Seems reasonable that if you have council looking at building codes, you might want some actual builders on the council.

However, reason went out the window after environmentalists became upset with the actions of the BIAW’s representative on the board, and changed the rules of the SBCC to “term-limit” the specific member off of the board. BIAW then sent three nominations to the governor to fill the position, but the governor’s office decided to forget the agreement it had with the BIAW, and instead gave the seat to one preferred by environmental activists.

But this scheme unraveled a bit last week, when Attorney General Bob Ferguson notified the court that the governor’s office provided false information to court and that no formal nomination took place from the EcoBuilding Guild.  BIAW this week filed a motion with the court to prohibit the EcoBuilding Guild nominee from participating on SBCC matters. Just another little example of the ongoing abuse of power in the Inslee Administration. (BIAW media release and Attorney General court filing)

The Washington State Supreme Court has set up a public webpage to provide information on its efforts to draw new congressional and legislative district boundaries for the state.  The court was handed this responsibility after Democrat Commissioner Brady Walkinshaw purposefully delayed the Washington State Redistricting Commission from meeting its November 15th midnight deadline for completing maps.  Evidently Commissioner Walkinshaw (and the State Senate Democrats who were pulling his strings) wanted to remove both the public and Republicans from the redistricting process, and instead have the nine liberal members of the Supreme Court determine the new political boundaries. The court’s website includes the timeline (according to non-voting Commission Chair Sarah Augustine) of the hectic events that took place before and after the deadline. (Washington State Supreme Court and Chair Sarah Augustine’s timeline declaration to the court)

Representative Ed Orcutt (R – Kalama) resumed his call for property tax relief in light of the recent state revenue forecast which projects the state will collect nearly $1 billion more than what was originally projected when the legislature agreed to the current budget during the 2021 legislative session.  Representative Orcutt said, “It is clear the Legislature can provide people with real financial relief this legislative session without jeopardizing important state programs and services or tapping the rainy-day fund. We just need for the majority to pass these tax relief bills.” Is anybody else waiting?  (Centralia Chronicle)

House Republican Leader JT Wilcox (R – Yelm) is optimistic about Republican chances in the 2022 election following the Democrats’ passage of pro-criminal bills, new taxes, and expensive yet ineffective climate legislation during the 2021 legislative session. The take from JT: “I think the history of off year elections provide an awful lot of support for the idea it’s gonna be a very, very Republican year.”  When asked if he expects the GOP to take control of either the House or the Senate, Representative Wilcox replied, “I think both.” (Washington State Wire)

The latest sad and shocking statistic regarding Seattle’s failed liberal homeless policies is that 221 individuals died homeless on the city’s streets during the past year.  This is the painful reality for those who have experienced an unfortunate financial setback or who suffer from mental illness or chemical dependency.  It often appears the city’s leaders have been more concerned with pushing their liberal political agenda to expand the size, cost, and power of government, instead of actually helping those in need.

Six years ago, Seattle Mayor Ed Murray and King County Executive Dow Constantine declared the region’s homeless situation a “crisis” and dedicated even more money to “solve the problem.”  Four years ago the Puget Sound Business Journal estimated the region annually spends more than a billion dollars on the homelessness problem (and this amount has likely risen considerably since 2017).  Yet as the growing number of homeless encampments in neighborhood parks, greenspaces, and sidewalks clearly demonstrate, the problem continues to worsen under liberal leaders who unfortunately push the same expensive policies which have failed repeatedly in the past.  (Seattle Times, City of Seattle media release, and Puget Sound Business Journal)

King County has decided to not conduct its annual “point in time” count of homeless individuals next January because officials claim the methodology is flawed. Ask yourself: when has inaccurate data ever stopped a government activity? The county is required by federal law to conduct a count in years ending in odd numbers in order to qualify for federal funding, yet had previously conducted annual counts, with volunteers across the county recording the number of people living without shelter. Earlier this year the “required” count was not conducted due to the pandemic. The last count, on January 24, 2020, revealed that 11,700 people were homeless in King County, with 8,166 of them in Seattle and the next largest number (1,937) in Southwest King County.

Now the county wants to blame its inability to know how many people are really in its homeless population on “methodology”. It seems odd that with the amount of money local governments are spending on the homelessness issue, and the large number of government employees paid to solve the issue, that someone did not come up with a suitable counting process.  Many believe the county is choosing not to conduct a count next year – and claiming the data from previous counts was tainted by “methodology” — because an accurate count would demonstrate that its liberal policies have tragically failed and the number of those who are homeless has continued to skyrocket.  (MyNorthwest)

The union which represents SeaTac International Airport police officers says that the vaccine mandate will place holiday travelers at risk due to the temporary loss of 17 officers who have only received one shot of the vaccine.  Teamsters Local Union #117 wrote to port officials that the force was already short of staff and, because the 17 officers can’t work until they are fully vaccinated, remaining officers will need to work 80 hours a week. A port spokesperson discounted the union’s concerns stating, “We are able to continue to maintain safety for all our passengers.” (KING5 News)

The Seattle City Council voted 8 – 1 to decrease police funding an additional $7 million from last year’s budget, despite the significant increase in violent crimes, especially in low-income neighborhoods. The decrease was part of the council’s overall $7.1 billion 2022 budget. More than 300 officers have resigned from the Seattle Police Department, with many citing lack of support from the city’s liberal leadership as the primary reason for their departure. The budget does include funds to hire 125 officers, but this will still leave the department short staffed and will do little to improve response times for emergencies which have climbed dramatically in the past year. (Seattle Times and KOMO News)

An automatic recount will be needed to determine the winner of the Yakima County District 3 Commissioner’s contest between two Republicans.  Incumbent LaDon Linde leads Autumn Torres by 87 votes (out of 38,557 cast in the race).  The margin of victory, 0.23%, was less than the one-half of one percent required for an automatic recount.  Commissioner Linde was nominated by the district’s precinct committee officers and selected by the two other county commissioners last November after Commissioner Norm Childress died of cancer in September 2020. (Yakima Herald)

Local media consistently coddles the wealthy liberal establishment while Democrat politicians give $1.7 billion in taxpayer funds to help local media outlets pay their bills.  The Seattle Times fawns over State Senator Reuven Carlyle’s (D – Seattle) recent trip to Scotland to attend the exclusive receptions and hobnob with wealthy environmentalists at the COP26 gabfest.  The Times went so far as to publish a picture, which Senator Carlyle himself provided to the newspaper, of him gazing blissfully out the window of a train.  The article provide no criticism or counterpoint to Senator Carlyle’s extreme environmental views, or why it was worth the carbon emissions for him to jet over there.  Meanwhile, KING5 reporter Chris Daniels is tweeting his praise of U.S. Senator Maria Cantwell (D – Washington) for her efforts in directing $1.7 billion in tax dollars to the media outlets which are supposed to be objective in reporting politicians’ activities. Not exactly the “comfort the afflicted and afflict the comfortable” credo journalists often claim they seek to fulfill. (Click to read full Shift Article) 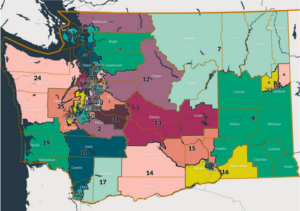 For the first time since its creation, the Washington State Redistricting Commission failed to deliver new boundaries for the state’s 49 legislative districts and 10 congressional districts – all due to Democrat tactics to eliminate both the public and Republicans from the process.  Insider reports are indicating that while three of the commissioners were working hard to deliver maps before the November 15th midnight deadline, Brady Walkinshaw, the Senate Democrats’ appointee to the commission, decided to spend a week in Scotland, maybe hanging out with his buddy Senator Carlyle, socializing with wealthy environmentalists at the COP26 gabfest in Scotland.  Then, on the last day, Walkinshaw forced the commission to miss its deadline by slowing down the process over maps he later admitted he hadn’t even looked at. This was all part of the Democrats’ strategy to allow the nine liberal members of the Washington State Supreme Court to draw new political lines, and thus eliminate the views of Republican commissioners and the thousands of thoughts suggested by members of the public.  (Click to read full Shift Article) 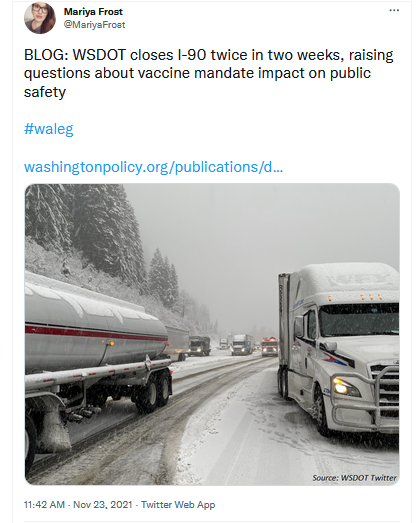 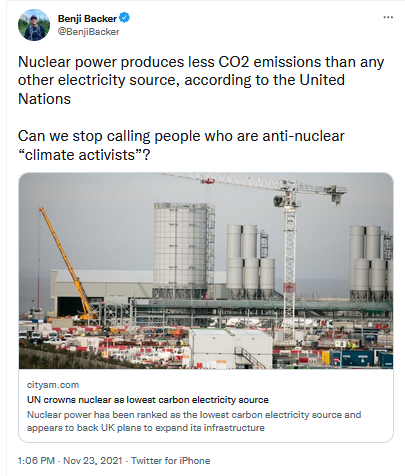