Thank you to our country’s veterans for their service and sacrifice. We are honored to have many veterans who are Shift readers and supporters! 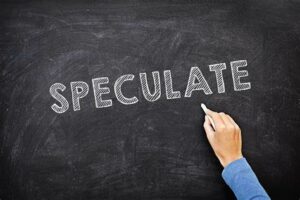 There is sooo much speculation surrounding Governor Jay Inslee’s appointment of Democrat State Senator Steve Hobbs (Lake Stevens) to replace Republican Kim Wyman as Washington’s Secretary of State.  The governor had a long list of much more “loyal” individuals who were interested in the job, so why did he select Senator Hobbs (and how will this appointment help the governor)?  State Representative John Lovick (D – Mill Creek) has immediately emerged as the leading contender to be appointed by Democrat PCOs and the Snohomish County Council to replace Hobbs in the Senate.  Shift provides some hearty speculation on what promises Representative Lovick made to support Governor Inslee’s liberal legislative agenda and what promises the governor’s team made to Lovick of financial support, in the face of a very serious Republican challenge next November to retain the Senate seat (in what is currently a swing suburban 44th Legislative District). (Click to read full Shift Article)

Washington State taxpayers are footing the bill for Governor Jay Inslee, his wife, and his party of 10 (including four totally unnecessary security team members) to hobnob with wealthy environmentalists and attend lavish receptions at the 26th United Nations Conference of Parties (COP26) in Glasgow, Scotland for more than a week.  These conferences are meaningless (fact check, name any substantive measure that has come from any of the previous 25 conferences), but that doesn’t stop liberal politicians from wasting taxpayer dollars to attend such events while ramping up their frequent flyer miles.

Making Washington State taxpayers fund his personal extravagances is nothing new for Governor Inslee.  Remember he forced taxpayers to fund his security team during his embarrassing 2020 Presidential Campaign, even as fellow Democrat Governor Steve Bullock of Montana reimbursed his state’s taxpayers for his similarly failed presidential campaign security costs.  Governor Inslee has already raised more than a million dollars thus far for a 2024 campaign.  Why doesn’t he spend some of that wealth to fund his extravagant priorities?  The governor often claims he wants to make the rich pay their “fair share” through higher and higher taxes, while at the same time he hypocritically lives in luxury paid for by hard-working Washingtonians.

Also, if we are living in such a dire health “emergency” that the governor has been compelled to eradicate such basic democratic principles as legislative oversight and three equal branches of government, and that he alone gets to decide who works for the Washington State government, then how can he justify spending over a week out of the country mixing and mingling with people from all over the world with different COVID protocols? Where is the “emergency”? (Seattle Times, KIRO7 News, Montana Public Radio, and Washington State Public Disclosure Commission Report)

A new report from the Washington Policy Center lists the many problems facing the Democrats’ poorly developed Long-Term Care payroll tax, which is scheduled to begin on January 1, 2022.  Among the problems are a “cease-and-desist” letter from the Idaho Attorney General who claims Washington State cannot tax Idaho residents who work in Washington State, a class-action lawsuit from Washington residents seeking to stop the payroll tax, an initiative campaign aiming to seriously alter the program by allowing people to opt-out of it anytime, projected increased costs for implementing the program (the Democrat scheme is already scheduled to lose money even before it has begun), and state agencies which have said the work they have already done for the program exceeds the amount that was budgeted by legislators.  The report also noted that one of the few members of Long-Term Services and Supports Trust Commission who asked the tough questions, while serving on the state board overseeing the program, had decided to leave her post.  Other than that, everything is just fine. (Washington Policy Center, Associated Press, and Clark County Today)

The Senate’s State Government and Elections Committee has scheduled a hearing on the use of emergency powers and what role the legislature should play during a crisis during its “Work Session” next Tuesday. While many critics of Governor Inslee’s self-serving abuse of emergency powers are pleased the Democrat-controlled legislature is finally discussing the governor’s 620+ day long attack on democracy, their enthusiasm is tempered by the fact the committee is chaired by partisan lapdog Senator Sam Hunt (D – Olympia).  The 20+ year legislator proved during the 2021 legislative session his disdain for people who believe in democratic principles, when he rudely treated the 1,600 people who signed up to speak in favor of reforming the state’s emergency powers act.  (Senate State Government and Elections Committee agenda and materials and Shift)

Irresponsible members of the Seattle City Council have proposed a budget which cuts an additional $10 million from the Seattle Police Department, apparently in an attempt to show how completely out of touch they are with reality. Councilmember Teresa Mosqueda proudly announced these additional police cuts despite city elections held just a week ago which showed the city’s very liberal voters displaying some moderation by supporting candidates who advocated for funding increases for police, a just released KING5 poll which reveals that 54% of Seattle residents want more police funding (while only 14% want further reductions), and crime rates that are skyrocketing (especially in minority and low-income neighborhoods.  Even with response times for emergencies at record levels due to a shortage of officers, Mosqueda’s budget expects an additional 21 more officers to leave the department.  How bad do things have to get for these ideologically driven politicians to realize their extreme and unproven Left-wing public safety policies are causing great harm to a city which just a few years ago was constantly winning “America’s Most Livable City” awards? (KING5 News, Chris Daniels Twitter, and KOMO News)

Because of failed liberal homeless policies, the Seattle Fire Department has responded to more than 1,200 fires at encampments so far in 2021, and there is still almost two months left to increase the record this year.  Many of these incidents involve serious safety hazards for firefighters, such as discarded used needles, garbage, and propane tanks. The number of fires and the obstacles they present have physically and mentally exhausted Seattle firefighters. Seattle lame-duck Mayor Jenny Durkan’s office was asked about the toll the city’s failed homeless policies have had on firefighters and the department’s budget. Staff emailed a weak response which stated the mayor has seen the encampments and a few of the residents have been offered expensive safe housing (which they likely won’t accept due to drug use prohibitions).  In the latest incident, a large fire erupted beneath the West Seattle Bridge last night caused by “four or five methane tanks exploding.”  Engineers were out this morning to see if the fire caused even more destruction to the bridge, which has been closed for over a year due to structural damage.  (KOMO News and Cole Miller Twitter)

Safety conditions have deteriorated in Downtown Seattle to the point where King County employees are now given security escorts as they walk to nearby bus stops, parking garages, ferry terminals, and train stations.  The new program (conveniently announced after election day) is the result of numerous employees being attacked and threatened as they walk along streets next to the King County Courthouse and Administration Building.  Apparently this security service is only available for King County employees, and not for citizens footing the tax bill who also face the same conditions when they travel to the county buildings. (MyNorthwest)

The Washington Department of Fish and Wildlife approved the lethal removal of two wolves in Columbia County due to an increasing number of attacks on livestock in the area.  The two wolves are believed to be part of new pack in Southeast Washington which is responsible for at least four attacks on cattle since the end of August. (Pacific Northwest AG Network)

It appears restaurant owner Mike Lish will come up just a little short in his effort to obtain a seat on the Spokane City Council.  With nearly all votes counted, Lish currently has 10,199 votes, while his liberal activist opponent Zach Zappone has 10,468 votes.  Automatic recounts are conducted if candidates are within one-half of 1% (0.5%) and the current separation is 1.3%. (Spokane County Elections vote totals and Shift) 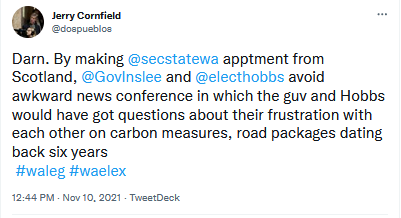 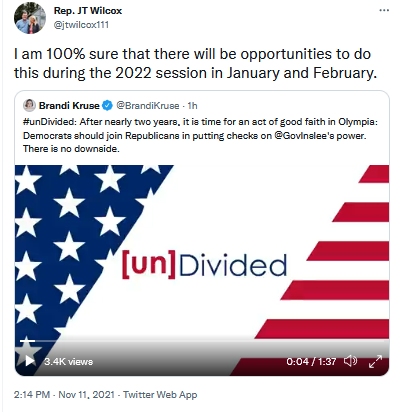 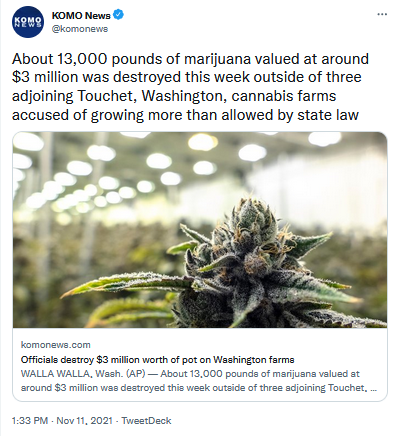 Did you appreciate Shift's perspective?