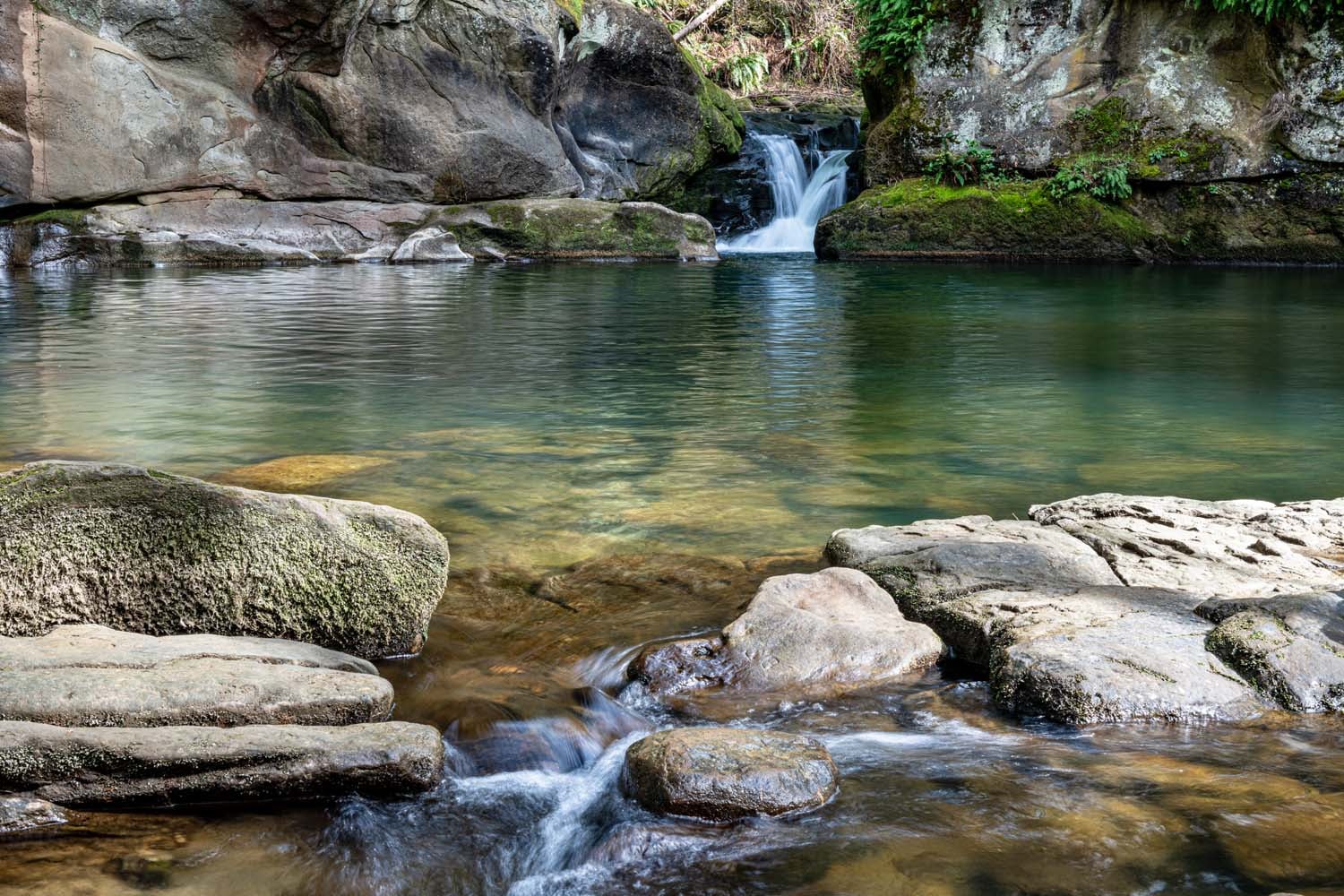 While Governor Jay Inslee has imposed a moratorium on the state carrying out death sentences on those given that ultimate punishment by the courts, his Department of Corrections (DOC) has allowed other prisoners (convicted of lesser crimes) to die due to dysfunctional medical practices.  In a new report from the Ombudsman at Inslee’s Office of the Corrections, the DOC is accused of taking an average of 6.5 months (one man waited 17 months) to evaluate a patient after signs of cancer have become apparent.  As a result, many prisoners have died waiting, while others have been informed their cancer is now terminal.  Inslee’s DOC is also facing criticism for not following social distancing and health guidelines, resulting in serious COVID-19 outbreaks at nearly all Washington State corrections facilities.  (Seattle Times and Office of the Corrections Ombudsman report)

The Democrats have scheduled a public hearing for an in-depth discussion of their nearly blank “title-only” bill on April 1st (yes, really).  Seven Democrats have sponsored HB 1564, even though it only contains boilerplate plate language regarding transportation funding.  The sponsors promise more will be added to the legislation the day before the hearing, when they get around to it.  Thus, Republican legislators and the public will be given only a few hours to view the contents of what many believe will be the Democrats’ massive transportation budget proposal for the next two years.  At the beginning of the 2021 legislative session, Republican senators (along with Democrat Senator Mark Mullet, who often sides with Republicans) introduced SB 5283, which would ban the use of title-only bills.  Yet Democrats, who evidently do not believe the public should be able to review and comment on major legislation, did not allow a public hearing on the transparency proposal. (Washington Policy Center and Washington Legislature Bill Summary)

Senator Mark Schoesler (R – Ritzville) said that the Democrats’ unconstitutional state income tax on capital gains could impact farmers seeking to move the farm to family members.  Schoesler also warned that while the bill is being described as a tax on the wealthy, more will soon see its effects. “This (is) getting a foot in the door for a full-blown (state) income tax.  We saw that by the changes to the bill during committee.  So, we should be skeptical of this.” (Pacific Northwest AG Network)

First-term State Representative Greg Gilday (R – Camano Island) said the Democrat-controlled Washington State Legislature has its priorities backwards. Gilday said, “Frankly, as far as taxes goes, I don’t think we should be talking about tax increases now. We should be talking about tax relief.” Gilday said the additional $3.2 billion in projected state tax revenue, which was added to the state’s economic forecast this month, and the $10.7 billion in additional revenue that state and local governments will be receiving from the recent federal bailout package, means the state has more than enough money to operate already fund the largest budget in state history without raising any taxes, or touching the state’s rainy-day fund. Representative Gilday said House members should reject the Democrats’ state income tax on capital gains (SB 5096).  (House Republican Caucus and Washington Legislature Bill Summary)

To make sure all liberal special interest groups profit from the COVID-19 pandemic, the Seattle City Council is looking to give trial lawyers an additional three-quarters of a million dollars.  The council will likely pass a measure that will add $750,000 (on top of the $600,000 currently available) to provide attorneys for those facing evictions, once the city ends its current eviction moratorium (which Seattle Mayor Jenny Durkan recently extended through June).  A key question for the council to decide is whether everyone, even the rich, can request free legal services, because Councilwoman Kshama Sawant is insisting that wealthy renters deserve city-paid lawyers as well.  Apparently the council is not looking to provide the same free legal services to the landlords in eviction cases.  (Crosscut)

Brandi Kruse criticized those who claim to be “homeless advocates” in the commentary segment of her “The Divide” program.  Kruse said the recent actions in Olympia, Bellingham, and Seattle of so-called “advocates” demonstrates that they use homeless individuals “as pawns.”  It seems the advocates’ actions rarely improve lives or living conditions, as they protest the removal of crime-ridden and unsanitary homeless camps.  Kruse stated, “It is time to say what is true. These people (the advocates) don’t actually care about the homeless.  They only care about pushing a political agenda and they have no concerns for the consequences their actions might have for those they claim to care about so much.” (The Divide)

An op-ed in the Tri-Cities Herald is critical of a proposal to build large turbines, south of Prosser between Yakima and the Tri Cities, as part of a 24 mile “wind farm.”  The energy created by the 500 to 670-foot structures would be used to generate power mostly consumed on the West side of the Cascades, by people who would not allow such monstrosities where they could see them.  The company behind the proposed wind farm has decided to bypass the local permit process (where it faces significant opposition) and has decided to go straight to the Washington State Energy Facility Site Evaluation Council to seek approval.  Local residents believe the large wind turbines (some of them taller than the Space Needle) will cause environmental damage to the area, and increase local energy prices.  When considering  why the massive turbine farm would be placed in Eastern Washington, when most of the energy would be consumed on the West side, the article points out, “Because they (Western Washington residents) don’t want it there.” (Tri-City Herald)

A coalition of 17 environmental groups say they oppose Idaho Congressman Mike Simpson’s controversial $33 million dollar proposal to remove the lower Snake River dams.  The extreme-Left groups do not oppose the silly plan because of the severe environmental damage which will occur with the removal of the clean-energy dams, or due to the dramatic increase in fuel-burning truck traffic from the loss of barge service for moving agriculture products to market.  The reason for the environmental special interest groups’ opposition is because the measure would prohibit them from filing frivolous lawsuits for 35 years!  That kind of restriction could seriously hurt fundraising from gullible West-side environmental extremists.  (AP/Bellingham Herald) 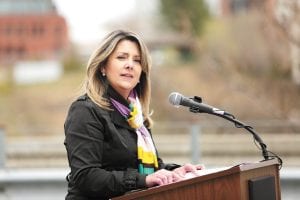 Shift’s Newsmaker Interview last Friday was with first-term Spokane Mayor Nadine Woodward.  In 2019, the former award-winning broadcaster narrowly defeated liberal Spokane City Council President Ben Stuckart to become the 45th Mayor of Spokane. The homelessness crisis and public safety were key issues in the race, with Mayor Woodward promising to open a new police precinct in downtown Spokane.  The COVID-19 pandemic hit weeks after she became mayor, and she has become a leading voice in demanding that Governor Jay Inslee allow local officials have a say in how their communities can safely move forward.  In her Shift interview, Mayor Woodward discusses her successes (including the opening of the promised downtown precinct), rebuilding a fractured relationship with the city council, implementing the voters’ decision to require transparency in negotiating public union contracts, and the Gonzaga Bulldogs making a run at the NCAA men’s basketball championship. (Click to read full the Newsmaker Interview) 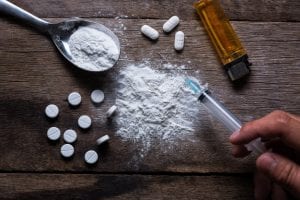 Democrat Senator Manka Dhingra is pushing an extreme bill to make possession of cocaine, meth, and heroin legal in Washington State.  Of course, most Democrats do not want come out and admit their preference that hard drugs be legal. Instead, they want people to believe Sen. Dhingra’s bill (SB 5476) is a corrective action in response to the Washington State Supreme Court’s irresponsible State v. Blake decision, and that it helps addicts find treatment.  Despite this deception, the primary purpose of the bill is to make dangerous and addictive drugs legal for personal use in Washington State, a bad idea which Democrats have been proposing long before the Blake decision came down.  To make matters worse, Sen. Dhingra and her Democrat colleagues have once again sneaked a phony “emergency” language into the bill, to deny Washington voters the right to repeal this radical bill through a referendum.  Really?  There is an “emergency” need to make these often-deadly drugs legal? (Click to read Shift Article, Washington Legislature Bill Summary, and Washington State Supreme Court decision)