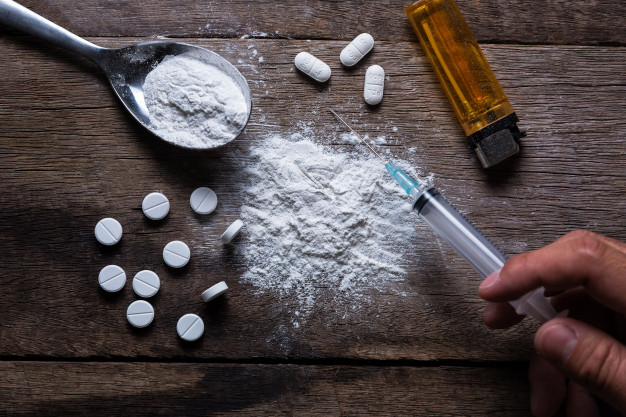 In what is turning into a horror show of a legislative session for Washingtonians who care about public safety, Democrat Senator Manka Dhingra from Redmond just introduced a whopper of a bill to legalize hard drugs in our state. Completely disconnected from reality and

what most sane people would vote for, Senate Bill 5476 would legalize meth, oxycodone, heroin, cocaine and acid possession. It also gives the Washington State Health Department authority to legalize any other future dangerous and addictive drug people (including teenagers) are using to destroy their lives.

Of course, Democrat Senator Patty Kuderer from Bellevuer, who wants to let felons out early to vote, has joined the Sen. Dhingra’s trip by signing onto the bill.

Seemingly Democrats want you to be able to legally snort cocaine, but only as long as you wear a mask.

The bill title, deceptively named ‘Addressing the State vs Blake Decision’ to obscure its true intent, shows how badly the Democrats are trying to legalize a variety of abhorrent behaviors in Washington. The bill is being fast-tracked through committee, and by using a budget sleight-of-hand to ensure it can be heard past the mandatory cutoff dates which other policy bills like this one face.

The Democrat press release describing the extreme bill tries to sugarcoat it by calling it a “treatment-focused legal framework” and tries to claim that it’s popular with the majority of Washington residents, by comparing it with Oregon’s recent legalization of drugs.

However, the Democrats left out one minor detail when comparing Sen. Dhingra’s extreme proposal and Oregon law. It’s still technically a crime in Oregon to possess drugs. But if you are caught with drugs under Sen. Dhingra’s bill, you don’t even receive a slap on the wrist. Instead, it’s a referral to the ‘Forensic Navigator’, which is evidently a new name for a social worker. According to the legislation, the Navigator has to try really hard to contact the drug user, and if they fail, well that type of performance does not get someone removed from their, all-benefits-paid, no-accountability, government job.

Another impact of the bill will be to legitimize heroin injection sites, since the only crime the bill identifies as somewhat shady is consuming your drugs in public. In other words, as long as you are not in public, inject away. The taxpayers of Washington will end up footing the bill for a warm place for drug users to shoot up, zone out, and the medical costs to revive those who overdose.

And if all that wasn’t enough, the bill has an emergency clause on it to prevent Washington residents who don’t want heroin on every street corner from filing a referendum to overturn the law, should enough Democrats lose their senses and pass it.

Drug addiction is a serious problem and legalizing the addictive drugs that ruin people’s families and lives is a dereliction of the Democrats’ legislative duty. The claim from the Democrats will be, hey, legalizing drugs has worked in Oregon, so it can work here.

The problem with that response is that Oregon’s law is not working. Within a year of Oregon’s drug legalization measure passing, drug-related crime is up with new reports every day.

Oregon created an open market for hard drugs and now the Democrats in Washington want to do the same here.

Washington needs good treatment programs to help those with addictions, if they want to help themselves. Legislators should not be legalizing behaviors that will destroy our communities.