After thousands of votes, Shift announces the winner of the 2021 Worst Idea by the Democrats… 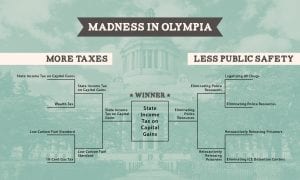 After thousands of Shift readers voted in our Madness in Olympia tournament, “State Income Tax on Capital Gains” wins the award for being the Democrats’ Worst Legislative Idea of 2021.  The final match was a nail-biter, as the new state Income Tax won by just 16 votes over “Eliminating Police Resources” to claim the 2021 championship.  Thanks to all of you for participating in Shift’s three-week tournament.  Since Seattle and Washington State have become the incubator for creating (and passing) obviously terrible ideas intended to benefit liberal special interest campaign donors, we are confident that more awful ideas will soon emerge from the local Democrats – thus we will have more contest like this in the future. (Shift’s Madness in Olympia Tournament)

We know the parents in the 45th Legislative District (Duval, Kirkland, Redmond, Sammamish, and Woodinville) will be pleased to learn that their State Senator Manka Dhingra has proposed a bill to legalize heroin and other hard drugs (like meth, LSD, and cocaine).  In response to the irresponsible and expensive Washington State Supreme Court decision, in the State v Blake case (which mandated that current state drug possession laws are unconstitutional), Senator Dhingra (D – Redmond) thought that, rather than write a bill reaffirming our state’s opposition to legalizing hard drugs, the best idea was to propose legislation (SB 5476) that tells drug users how much illegal substance they are legally allowed to carry.  Under Dhingra’s bill, it will be legal to carry up to “forty user units” of LSD, two grams of cocaine, and one gram of heroin. Evidently police will have to carry drug scales to weigh the drugs they find, and heaven forbid the scale is off by a gram.

Meanwhile, Republican legislators have taken the more responsible action of proposing a package of bills (HB 1558, HB 1559, HB 1560, HB 1561, and HB 1562) that partially fix the Supreme Court’s error by making it so those who “knowingly” possess illegal drugs can be charged with a possession offense, allowing local jurisdictions to decide their own possession laws, making it more difficult to manufacture illegal substances, and providing recovery assistance to those with addictions.  (Lynnwood Times, Washington State Supreme Court, Washington Legislature Bill Summary, and House Republican Caucus)

An alert Shift reader sent us a link to an informative website which provides the Twitter “influence” of media members and policy makers.  Ground News’ “Blind Spotter” allows people to type the name of a Twitter account and find the political leanings of those they most interact with (follow, retweet, and comment on) on the Twitter website.  We checked the accounts of some of the more prominent local “mainstream” media members.  It comes as no surprise, that all the accounts we checked were heavily connected with those from the liberal side of the political spectrum.  Check out the influencers for  Melissa Santos (Crosscut), Jerry Cornfield (Everett Herald), Jim Brunner (Seattle Times), Matt Driscoll (News Tribune), and The Olympian.

In comparison, view the broader perspective of media members and policy advocates who are often labeled as being “Right-wing” – Brandi Kruse, Todd Myers, and JT Wilcox.  While liberal media members claim they have a broad perspective on politics, the Ground News site shows that most media members reside within the same liberal echo chamber and have a blind spot to moderate and conservative perspectives on social media.  Yet, those who are Right, who liberals often arrogantly label as “narrowminded” for not agreeing with them, have a far broader perspective in their social media connections. (Ground News Blind Spotter)

Expensive legal action is the likely result from the latest attempt by a Democrat office holder to use the COVID-19 pandemic as an excuse to go outside the legislative process and demand the rest of us follow laws he was unable to convince the legislature to pass.  Just follow the bouncing ball. Six-term Democrat Insurance Commissioner Mike Kreidler doesn’t like credit scores being used to determine premium rates, and proposed a bill to end their use.  The Legislature, in a rare moment of sanity, said no. So Kreidler issues an “emergency rule” to ban insurance companies from using best business practices for setting rates, because Kreidler doesn’t like them,  a move which will raise the rates of most Washington residents. Predictably, a coalition of insurance providers have stated that they “will aggressively pursue all legal avenues to redress this abuse of authority.”  Thus, Kreidler’s reckless actions have provided a no-win situation for responsible Washington citizens.  If the insurance providers win the lawsuit, then Washington taxpayers will have paid hundreds of thousands of dollars defending a stupid policy decision by Commissioner Kreidler.  If Kreidler prevails, then most Washington insurance consumers will pay higher premiums. For Democrats, that’s called a win-win, because it keeps state employees busy either way. (Lens)

The Bainbridge City Council decided to punish its two grocery stores by imposing $2 – $4 wage increases for grocery workers, described inaccurately as “hazard pay.”   As in Seattle, the government-mandated pay increase will result in higher grocery prices, which in turn will drive more customers to stores outside the city limits or to Jeff Bezo’s popular grocery delivery service Amazon Fresh.  If this is really about hazard pay, does that mean that employees who have had their shots won’t get the money? Or that employees who refuse to get shots also lose the government bonus, because they have decided working isn’t a hazard? This unnecessary action by the politicians on Kitsap County’s most liberal enclave is even more pointless when one considers how much the grocery stores have spent to protect their workers and customers, the face mask requirements, and that government officials say that all adults will be eligible for the vaccine in just a few weeks. But, when a government has a chance to show raw power to achieve a liberal goal like income redistribution, the temptation is too great. (Kitsap Sun)

In the latest example of Democrat government administrators failing to follow COVID-19 guidelines, more than 50 people at King County Executive Dow Constantine’s jails have tested positive for the virus.  Some 46 inmates and seven workers have been infected, with 19 of them finding out on Monday.  This follows significant outbreaks at nearly all state-run hospitals and corrections facilities, as the Inslee Administration consistently thumbs its nose at the restrictions it has imposed on the state. (Seattle PI)

The City of Seattle’s inability (or unwillingness) to remove homeless encampments is drawing more criticism, as many of the illegal sites are near public schools set to reopen in the coming weeks.  While city bureaucrats claim they have made repeated attempts to move encampment residents into temporary housing, we can suggest that is typical liberal “cover-your-butt-speak”. That is because many who reside in the encampments assert they have never been offered the opportunity to move.  One encampment in Capitol Hill’s Miller Park is next to Meany Middle School, and grew substantially after the city removed the homeless structures at Cal Anderson Park (the center of the CHAZ/CHOP).  (KOMO News)

The Yakima School District says it supports reducing the current six feet of distancing between students down to three feet, as advised by the U.S. Centers for Disease Control.  Yet the most surprising aspect of this story is that, for the first time we have seen, the Inslee Administration has actually asked for the opinion of local officials before announcing a new mandate. For the past year, numerous local elected officials and health administrators have complained that the governor and his underlings have failed to respond to letters, or phone calls, or even listened to their concerns and questions.  It has only taken more than 12 months for the governor to learn that effective leadership begins with listening and allowing others to participate in making decisions. Maybe Inslee has finally tired of consistently making bad decisions. We can only hope. (Yakima Herald)

Southeastern Washington wineries are adapting to COVID during the 2021 “Spring release” in a variety of different ways.  Normally, area hotels and restaurants would be packed during the annual unveiling of the local wineries’ latest products, but some wine growers are taking a more cautious approach as COVID-19 restrictions are being lifted.  Some will only offer cases of their merchandise via mail order and others are requiring appointments to sample the latest wines.  There are also some who are taking advantage of the latest 50% capacity guidelines to welcome customer’s weary of Jay Inslee’s random emergency orders into their facilities. (Northwest Public Broadcasting)

Governor Jay Inslee believes his life-and-death decisions are above being questioned, or as he calls it, “second guessed.”  Just like New York Governor Andrew Cuomo, our own Governor Inslee gets a little uptight when he is pressed on why he has made some really poor choices in the last year.  In light of the nursing home scandal that has engulfed Governor Cuomo, reporter Brandi Kruse asked the governor a serious question regarding his decision to  provide financial incentives for nursing homes to accept hospital transfers into their facilities in the early days of the pandemic, where half of the state’s COVID deaths have occurred. The governor gave his typical curt and dismissive response and said, “I don’t see a reason to second guess that decision.”  So typical. Not only has Governor Inslee refused to work with the legislature on pandemic issues, and has ignored the suggestions and concerns of local officials, but he also believes his actions should never be questioned.  Not exactly a model of leadership (unless you are a medieval monarch). (Click to read full Shift Article) 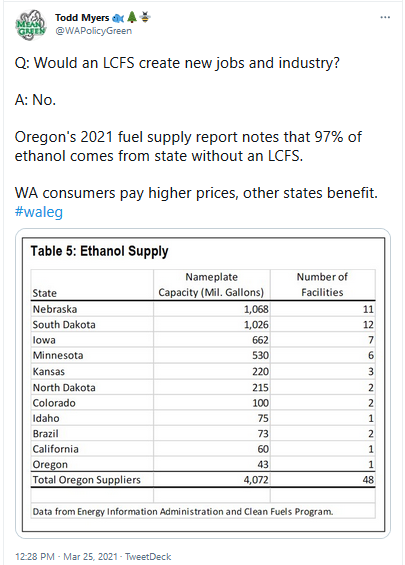 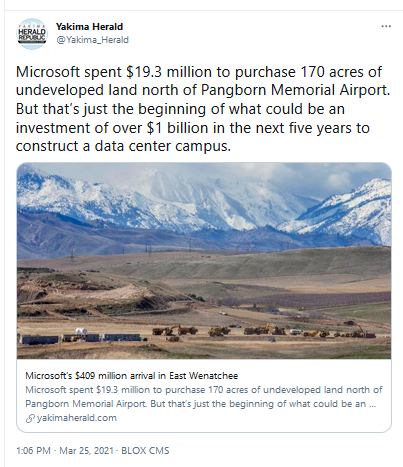