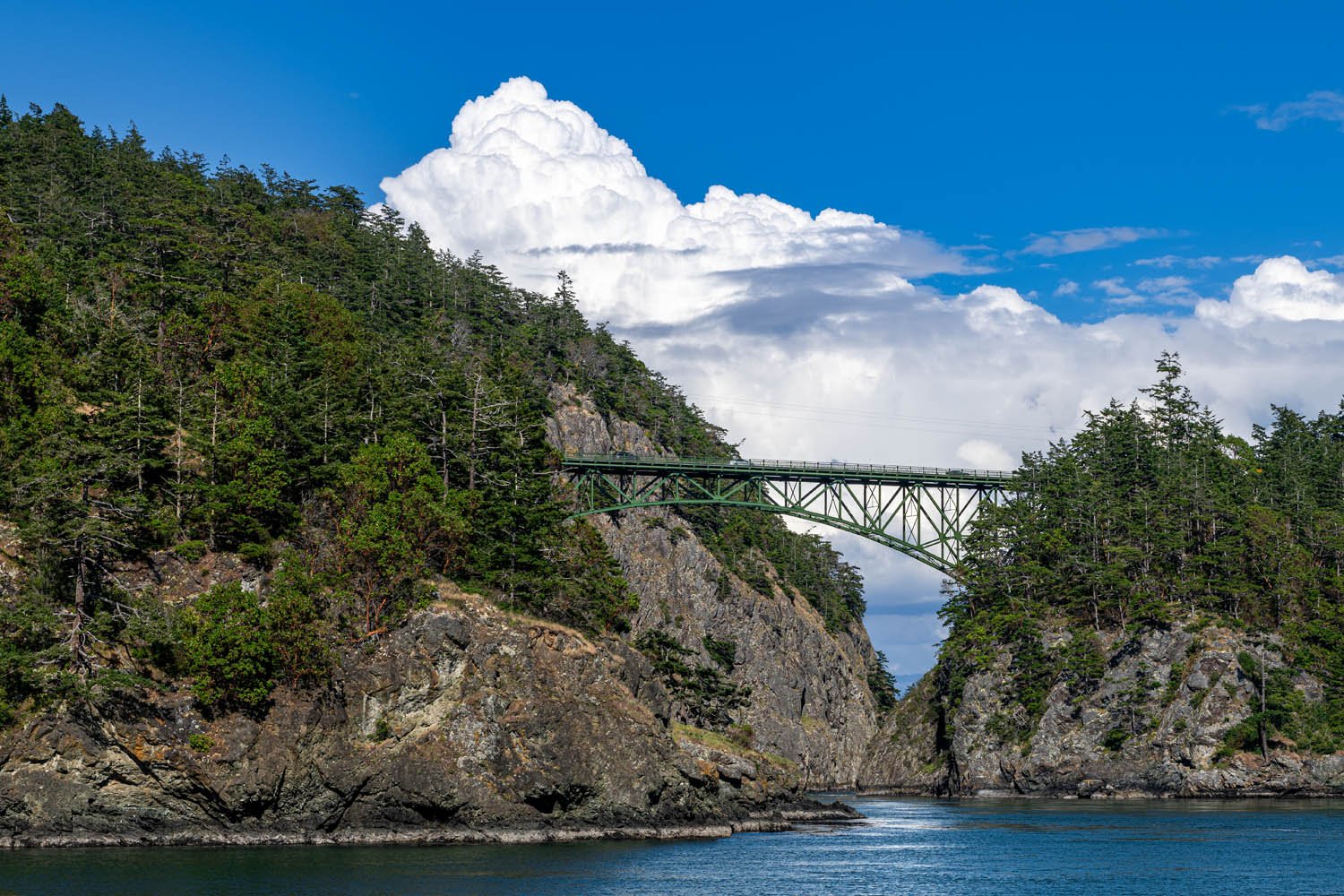 Democrat Mike Kreidler stubbornly clings to his post as the Washington State Insurance Commissioner despite loud calls last week from Republican and Democrat leaders in both the Washington State Senate and House of Representatives for his resignation.  Even Governor Jay Inslee was among those joining the chairs of both the Republican and Democrat state parties in calling on the 78-year-old career politician to resign from his position. The latest resignation demands came last week, after Commissioner Kreidler fired one of his current employees who was among the half dozen current and former staffers who brought forth allegations of Kreidler treating staff rudely and inappropriately.

Commissioner Kreidler said he will not resign from his position. His term doesn’t end until January 2025.

Ironically, the local media and Democrat politicians continue to ignore very similar allegations made by 14 former and current staffers of far-Left U.S. Representative Pramila Jayapal.   Congresswoman Jayapal’s office has one of the highest staff turnover rates on Capitol Hill, as staffers allege their boss berated and publicly humiliated her employees, fired staff members without severance pay, and created a “dysfunctional and volatile workplace.”  These allegations were made in a national Buzzfeed story last September, yet they have yet to appear in either the Seattle Times or the Northwest News Network, which have both written numerous stories during the past few month on the similar complaints against Commissioner Kreidler. Instead, a couple of weeks after the Buzzfeed story was posted, the Seattle Times wrote a glowing puff piece on Representative Jayapal which made no mention of the multiple complaints from her staffers.

Why the difference in coverage over very similar complaints? Is it because one Democrat politician is a white male, near the end of his service, and not really in tune with the state Democrats’ radical liberal agenda, while the other is among the leading Lefties in Congress and is a woman of color?  (Seattle Times, Northwest News Network, Buzzfeed, and Shift)

Though President Joe Biden is expected to provide a federal “tax holiday” on the country’s 18.4 cent per gallon gas tax, there still appears to be no movement by Washington State Democrats to share any of the billions in excess tax revenue they have collected to provide a reduction or suspension of our state’s 49.4 cents a gallon tax.  In Washington State, Republicans have been calling for a gas tax break to help lower- and moderate- income households who are struggling financially due to record-breaking gas prices.  Evidently President Biden is like most Washington residents in not agreeing with Governor Inslee’s baseless argument that if the fuel tax were reduced, the oil companies would just leave the prices the same and increase their profits. (iFIBEROne and Washington State Republican Senate media release)

The Seattle Times continues to do an excellent job in its role as the communications department for the Washington State Democrat Party. Today it ran a New York Times story with the headline, “Far-right Republicans press closer to power over future elections,” as the paper attempts to make voters forget about the multiple failures of liberal policies which have resulted in skyrocketing crime rates, inflation, homelessness, drug use, and defections from public schools, and scare them into voting for Democrats this November.  The accompanying story details how a few Republicans continue to push the false and unsubstantiated claims of widespread election fraud during the 2020 elections. Funny, we don’t remember the Seattle Times running stories in 2018 about the false and unsubstantiated claims made by Democrats of election misconduct stemming from the 2016 election. (Seattle Times)

Danny Westneat provided yet another example of the many failures of the liberal’s “Defund the police” policy in a column explaining the new Seattle Police Department term “Z protocol” and how it has grown significantly in the past two years.  The phrase refers to when an SPD supervisor reviews all of the non-emergency 911 calls and decides not to respond to some incidents due to the lack of “resources” (i.e. not enough officers).  After the Seattle City Council decided to cave into the demands of violent liberal rioters in 2020, by passing their anti-police measures, there has been a mass exodus of well-trained officers who made the logical decision not to work for a city which does not respect the dangerous and necessary work they perform.

The SPD has lost more than 30% (more than 400 officers) of its already understaffed department and violent crime rates have risen.  The depleted resources have forced the SPD to stop investigating certain crimes, including sexual assaults, nearly doubled its response times to life threatening emergencies (from under 7 minutes to more than 11 minutes) in many neighborhoods in the city, and they have stopped responding to some emergency calls for assistance.  Besides these dramatic negative impacts on the public safety of Seattle’s 750,000 residents, the “defund the police” policies passed by the City Council have been a huge success. (Seattle Times, KING5 News, and Q13 Fox News)

A group of cannabis business owners have organized a referendum campaign in preparation of the possibility the City of Seattle imposes even higher taxes on their products. The political action committee Weed Shops Against Further Taxes on Weed has filed reports with the Washington State Public Disclosure Commission and has raised $115,000.  The current Seattle City Council is considering a proposal drafted by the United Food and Commercial Workers (UFCW) union to impose a tax which will raise $5 million.  Much of this tax money will be given to the union for them to conduct “Equity” training of cannabis shop owners and employees. If you follow the money, then UFCW often provides financial contributions and paid grassroots support for the most liberal candidates in Seattle politics.  (Washington Observer and UFCW Slideshow on proposed tax)

Irresponsible spending, a bloated bureaucracy, skyrocketing crime rates, and anti-employer policies have caused an expected $117 million revenue shortfall for the City of Seattle in 2023.  While liberal apologists say the problem is the result of “plateauing growth,” the reality is that it is due to massive over-spending by an out-of-control city council, decreased tax revenues caused by both workers and shoppers no longer feeling safe downtown, and the city’s liberal tax policies forcing employers to relocate elsewhere (PEMCO is the latest employer to announce it will likely depart the city). (Seattle Times)

Another shooting and murder took place in a Seattle encampment early Monday.  A man was declared dead when police arrived at the scene at a small encampment in West Seattle.  The encampment in a small wooded green space has been the source of many neighborhood complaints to the city.  No word on what caused the shooting or on a possible suspect. (KOMO News)

The Washington State Department of Agriculture (WSDA) has confirmed the state’s first report of a destructive Japanese beetle in Grandview in the Yakima Valley. The non-native bug is harmful to grapes, apples, and hops, which are major crops in Southcentral Washington. The WSDA has set up more than 2,000 traps to capture and track the beetle. (PNW AG Network) Shift’s Newsmaker Interview is with Casey Jones, a police commander for a regional SWAT team and a Republican candidate for the Washington State House of Representatives in South King County.  He is challenging first-term Democrat incumbent Representative Jamila Taylor in the 30th Legislative District (Federal Way, Algona, Pacific, and parts of Auburn).  Jones has been a Federal Way resident for 23 years and has served in law enforcement for 28 years, first as a narcotics detective and school resource officer before assuming command of the SWAT team.

Jones discusses in his interview how the Democrat’s controversial 2021 anti-police legislation inspired him to run for office, as he has seen first-hand how liberal public safety policies have negatively impacted our communities.  Jones also details his views on Governor Jay Inslee’s abuse of emergency powers (now on Day 839), the tax cuts he would support to help lower- and moderate income families, how to protect our schools, the “unorganized mess” of the Democrats’ Long-Term Care plan and tax, and why he lists a Stephen King classic as his favorite book. (Click to read full Newsmaker Interview)