There is just so much information regarding Governor Inslee’s failures during the pandemic, Shift had to add an additional article to our original two-part series. 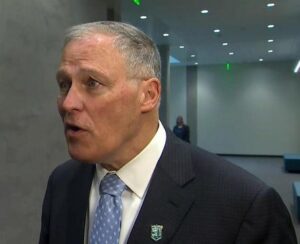 While we originally thought it would take a two-part series to detail the many failures of Governor Jay Inslee during the pandemic, there is simply so much material we had to expand our series to three articles.  Recently, the governor appeared to disregard the wreckage the pandemic and his non-scientific restrictions caused for many in the state, when he congratulated himself in front of any TV camera he could find.  He proclaimed he had “won the Super Bowl”, even as thousands of Washington residents lost their life savings and their dreams of owning a business, while others suffered in addiction as both alcohol and marijuana sales skyrocketed.  In this article Shift takes a further look into some of the unscientific decisions that were made by the governor, which resulted in the crushing of dreams of many Washington State residents, but ones for which Governor Inslee believes he should be handed a trophy. (Click to read full article)

In the latest example of teachers believing they must have the authoritative voice in determining how our children should be educated, thousands of teachers from across the country (including many from Washington State) have signed a pledge to teach the racist and hate-filled Critical Race Theory even if it is prohibited by law. Some 5,000 teachers have signed the pledge from the ultra-liberal Zinn Education Project which states, “We, the undersigned educators, refuse to lie to young people about U.S. history and current events – Regardless of Law.”  Not only is it disturbing that teachers feel they are above the law, but also that they have such a self-important perspective that anyone who disagrees with their narrow-minded viewpoint must be telling a lie.  Are these truly the people we should want to teach our children, let alone be in charge of the curriculum for all students?  This is yet another excellent example of the mindset of liberals, who always portray themselves as “tolerant” of other people’s point of view, but in reality, they demand conformity to their limited opinions. (Freedom Foundation email and Zinn Education Project)

We congratulate our friends at the Washington Policy Center (WPC) for being finalists in the State Policy Network’s 2021 Communications Excellence Awards, for their innovative “Free Markets Destroy” campaign.  The effort was aimed at young people and was an attack on the socialist mindset which needs to distort the positive aspects of the free market system.  The campaign utilized several different communication platforms to inform young people that the free-market system is the best way to destroy several of our society’s problems, such as disease, hunger, high rent, and climate change.  The award is very prestigious, as the State Policy Network is the umbrella group of approximately 170 conservative think tanks and organizations across the country.  The Free Markets Destroy campaign is one of four finalists for the 2021 award.  You can help WPC earn the award by voting for them today. (State Policy Network Communications Excellence Award ballot and WPC’s Free Markets Destroy)

Speaking of the Washington Policy Center, Jason Mercier questions the very scary mindset of Governor Inslee and the Democrat legislators who refuse to reform state laws regarding the governor’s emergency powers.  Mercier reveals a dangerous flaw in the Democrats’ argument when he said, “If the governor’s position is that no changes are necessary because ‘look at what a wonderful job of all the decisions I made,’ why have a legislature?  If the rationalization is that the governor is making good decisions and therefore doesn’t require legislative oversight, why does it not extend to everything else that happens in the state of Washington? That’s not what we signed up for.” (The Lens)

Seattle Times business writer Jon Talton compares Seattle’s business climate today to 50 years ago (when the infamous “Will the last person leaving Seattle – turn out the lights” billboard was going “viral”).  While the early 1970’s economic concerns were focused on market conditions which forced Boeing to lay off tens of thousands of workers, today the business community is under attack from activists on the Seattle City Council.  Fifty years ago the city was able to bounce back thanks to city leadership that was diverse and included members of the business community. In the words of a 1993 Seattle Times editorial, these leaders transformed “a sleepy company town into a city known for its livability.”   Yet today Seattle no longer has that same “livability”, as downtown and many neighborhoods are under the twin siege of homeless encampments and rising violent crime.  There is no longer diversity on the council and almost none of the members have experience in the private sector and demonstrate “little comprehension of the damage done by the pandemic to business.” The reliably liberal Talton concludes that due to the constraints imposed on the city by its political leaders, Seattle’s ability to bounce back “will be severely tested in the coming years.” (Seattle Times)

In a strange (even for Seattle) development, the Kshama Sawant campaign is now encouraging the Socialist Seattle City Councilmember’s supporters to sign the petition to place her recall on the ballot.  Earlier this week, the Recall Sawant campaign said they were approximately 1500 signatures shy of the 10,739 signatures required.  If the signatures are turned in before August 1, then the measure will be on the November general election ballot (along with the race to become Seattle’s next failed mayor and a hotly contested race between two Democrats for King County Executive).  Yet if the signatures are not turned in until the end of the permitted 180-day signature collection period in mid-October, then the recall will be on the ballot during a February special election.  Sawant says her opponents in the Recall Sawant campaign would rather have the measure appear during a lower-turnout February election, since apparently Sawant’s supporters need more incentive than just her political career to participate in an election.  Yet, if it is the desire of the Recall Sawant campaign to place the measure on the February ballot, why would they turn in any signatures until after August 1st?  It is doubtful the Sawant campaign can gather the 10,739 valid signatures of registered 3rd city council district (primarily Capitol Hill) registered voters in just 3 weeks. (MyNorthwest and Map of Seattle City Council District 3)

The Ninth Circuit Court of Appeals ruled that Governor Inslee had the legal authority to restrict and even close businesses during the COVID pandemic health emergency.  The court made the ruling in the lawsuit brought by the popular Lake Chelan waterpark operator Slidewaters.  In June 2020, the business chose to ignore Governor Inslee’s orders and reopened to guests. A federal judge rejected Slidewaters’ previous lawsuit, and the Washington State Department of Labor & Industry fined the company $10,000 and ordered them to shut down operations again.  While the Inslee team see the Ninth Circuit Court’s decision as a victory, it is yet another reminder of why legislative oversight is needed over the governor’s decisions.  To allow one person to have so much power (that he can literally shut down a business) for an unlimited amount of time is definitely not what our forefathers imagined when they established our form of government. (NCW Life Channel)

The Washington State Democrat Party blasted out a rather bizarre (even for them) fundraising email in which the party claims the money raised will be used to “Stop Loren Culp.”  The email mentions that the former City of Republic police chief (and current massive voter fraud conspiracy theorist) is now running for congress and that the money will go towards an effort to “mobilize organizers, volunteers, and activists” to keep Culp out of Congress.  Yet the email failed to mention one important fact (yea, we know, facts are not the Democrats’ strongpoint), that Loren Culp is running for Congress in the 4th Congressional District where the incumbent is the highly respected REPUBLICAN Congressman Dan Newhouse.

The Central Washington district is highly Republican and in two of the last four campaigns it has been a pair of Republicans facing off in the top-two general election. So, does this email mean that the Washington State Democrat Party is planning to help Congressman Newhouse if Culp makes it through the primary (which appears doubtful since reports indicate that Culp’s fundraising effort is having difficulties)?  We seriously doubt that any of the money raised will go towards anything that will impact Loren Culp, but the Democrat Party is often dishonest about where their money ends up. (Washington State Democrat Party email and Washington Observer) 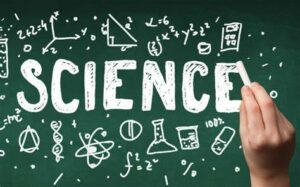 Governor Jay Inslee’s mortal enemy is science, for it is often the most effective weapon used to dispute his many false claims.  Most recently the governor falsely asserted that last week’s heat wave was caused by climate change.  He then went further and claimed that Seattle would soon see temperatures of 130 degrees.  Fortunately for those who prefer accuracy over political BS, our region has one of the foremost experts on climate, University of Washington Atmospheric Sciences Professor Cliff Mass, who quickly destroyed the governor’s political narrative by using science to explain what actually occurred.  Yet, very few members of the media took the time to read the professor’s scientific findings, and thus once again, the governor is not held accountable for making outlandish and false comments. (Click to read the full Shift Article) 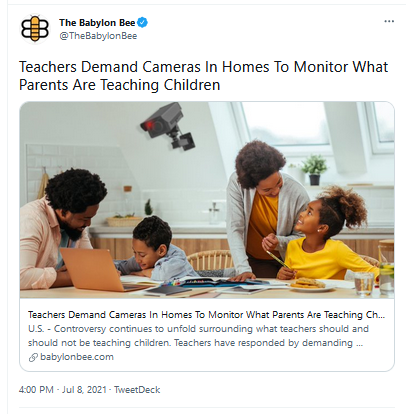 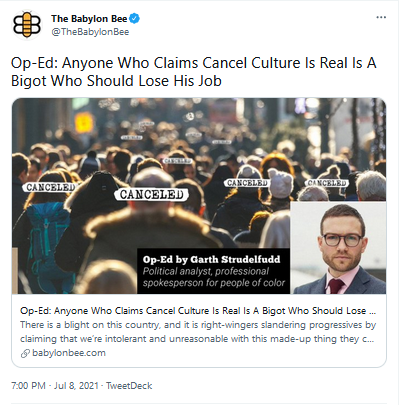 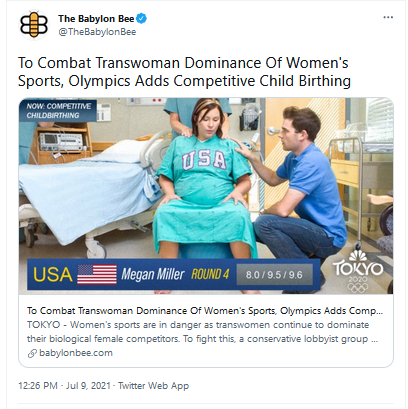