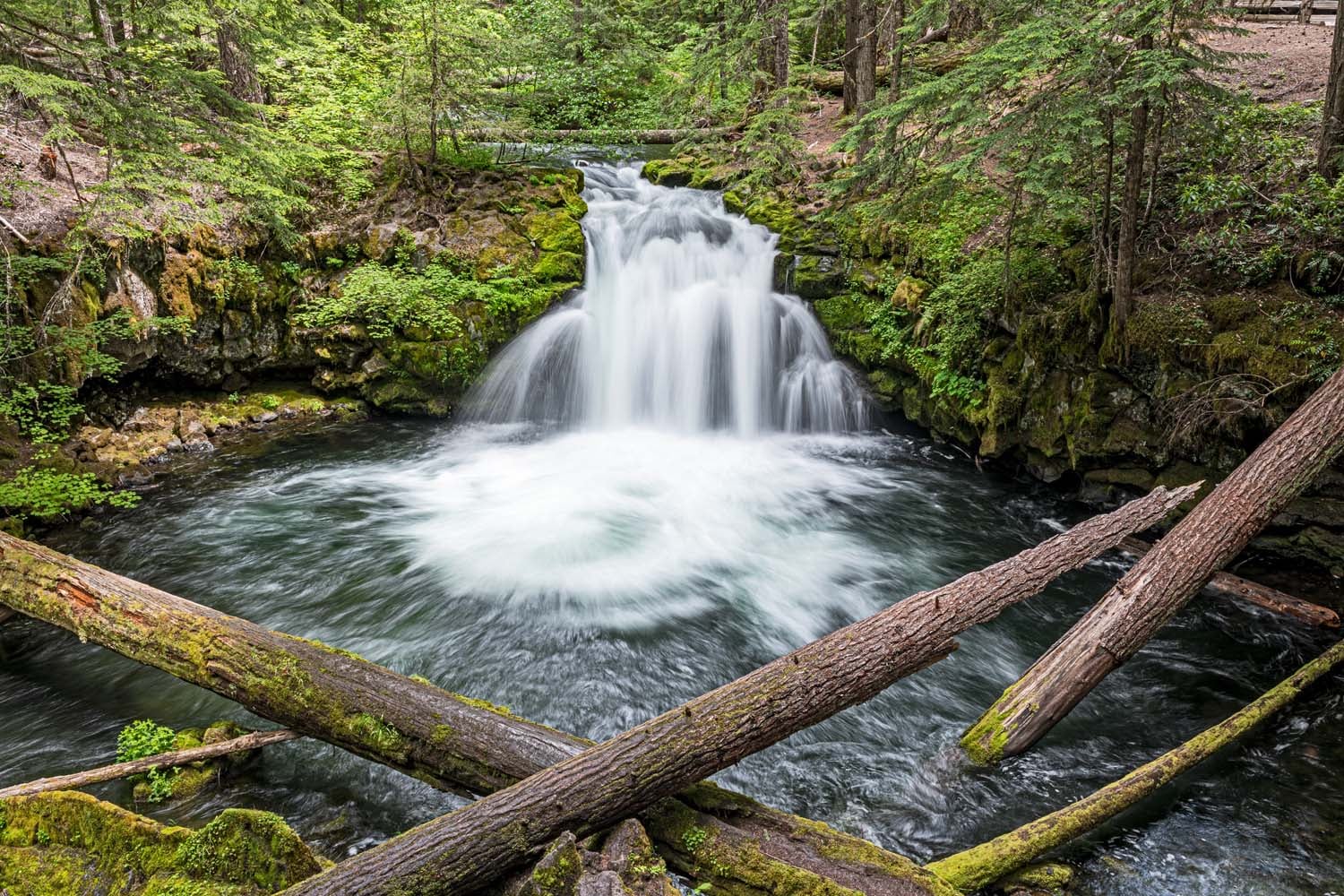 Political gadfly Jesse Wineberry and his liberal cohorts want to be exempt from signature gathering campaign laws, because they are failing to obtain the necessary support to move forward an initiative that would return racial quotas to Washington State.  Despite the Referendum 90 campaign (to repeal the Democrats’ controversial sex education bill) recently breaking signature-gathering records during the coronavirus outbreak, the I-1776 campaign says the state’s health guidelines make it impossible for its supporters to obtain signatures on a printed petition.  Thus, the liberals want to remove signature verification safeguards and allow online electronic signatures, which are easy to forge, to count. (Shift) 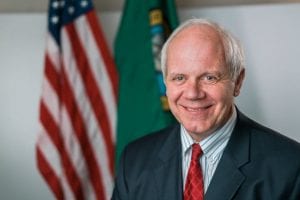 Shift’s Newsmaker Interview last Friday was with Washington State Treasurer Duane Davidson. During the coronavirus outbreak, Davidson has witnessed the financial mismanagement of Jay Inslee’s administration, which will hurt the state’s finances in the future.  In his interview, Treasurer Davidson shares his thoughts on how the Employment Security Department debacle will likely reduce future unemployment benefits, the Democrats’ poor fiscal management demonstrated by not yet calling for a special legislative session, his many accomplishments as State Treasurer, and the differences between his campaign opponent and himself. (Shift)

Even though he is not doing or saying anything to stop the illegal activities of Seattle rioters, Governor Jay Inslee’s office stated during Sunday’s destruction, “We are aware of the situation and will continue to follow it.”  This low standard of public leadership is still a step above Inslee’s embarrassing mid-June admission that the forced closure of a Seattle police precinct and the hostile takeover of 6 blocks by rioters was “news to me.”  While Governor Inslee is constantly seeking TV cameras to talk about federal issues, he (along with all other statewide Democrat lawmakers and party officials) have ducked their responsibilities and continued to remain quiet regarding the proposal by fellow Democrats on the Seattle City Council to cut police funding by 50%. (Keith Eldridge Twitter and Rebecca Perry Twitter)

Did I say that out loud? Democrat legislative candidate brags that postal workers are breaking federal laws to support her campaign.  Alicia Rule is challenging Representative Luanne Van Werven (R – Ferndale) in the 42nd Legislative District (Whatcom County).  Ms. Rule is obtaining significant support from government employee unions, including the American Postal Workers Union.  Over the weekend, Ms. Rule boasted on Facebook that a postal carrier wrapped her campaign materials around her ballot.  The fact that this was an obvious violation of postal and campaign laws appears to have escaped the candidate (and if true, Ms. Rule’s statement should cost the postal carrier his/her job).  If the postal worker did this for Ms. Rule’s ballot, did they also do the same for other people’s ballots?  On Twitter, House Republican Leader JT Wilcox said he was calling for an “immediate investigation.”  As Glen Morgan of “We the Governed” points out, recently postal workers were suspected of holding up a conservative mailer in SeaTac until after the election was over.   No wonder Democrats want to impose an expensive and rushed national vote-by-mail system before the 2020 election – they achieve an enormous advantage having the partisan members of the Postal Workers Union handle all the ballots.  (Alicia Rule Facebook. JT Wilcox Twitter, and We the Governed)

Susan Kuehl Pederson is challenging incumbent Hilary Franz to become the Washington State Commissioner of Public Lands.  Pederson is a past GOP county chair and a former environmental analyst and then a power analyst with Seattle City Light. Pederson says there needs to be more flexibility in managing state lands.  Franz, who was initially planning to run for governor, has built a large $800,000 war chest to avoid actually discussing her partisan agenda for the position. (Wenatchee World)

Auto sales rebounded strongly in June after devastating sales in March, April, and May.  The President of Korum Automotive Group, John Hall, said sales were down 46% during the Spring, but his auto retailers saw a 4% increase in its June revenues compared to 2019. (News Tribune)

Seattle councilmembers who support the 50% reduction of police funding are content to remain quiet about the continued violence and destruction being committed by rioters.  The lack of leadership from Democrat city lawmakers is being enabled by the silence from state Democrat lawmakers, all of whom refuse to publicly take a stand on whether or not slashing the budget of Seattle’s police force will make the city a safer or more violent place to live and work. We should note that 12 Seattle police officers were hurt in the latest riots.  Meanwhile we can expect those who own and operate Seattle-based moving companies will be extremely busy in the coming months. (Brandi Kruse Twitter and KOMO News)

The coronavirus outbreak has provided many local small businesses with a glimpse of what happens to their revenues when Amazon employees do not come into Seattle to work – something the Seattle City Council’s recent tax increases might make permanent. The large retailer has allowed many of its 50,000 employees to work from home during the outbreak and this has negatively financially impacted the small businesses around the company’s Seattle headquarters, many of whom primarily provide goods and services to the Amazon workers.  While the health crisis is temporary, and workers are eventually expected back, the Seattle City Council’s “JumpStart” tax is permanent and will likely lead to many employees (and their support for small businesses) moving to Bellevue or other locations. (Seattle Times)

Seattle City Councilmember Lisa Herbold wants to fire police officers simply because they are white. Since 80% of police costs are tied to personnel costs, the council-supported 50% reduction in the Seattle police budget will inevitably result in the termination of law enforcement officers.  Officers with less seniority are more diverse (recently defined as “BIPOC”, for Black, Indigenous, and People of Color) than senior officers, and thus layoffs would eliminate the diversity gains the police force has recently made.  Herbold’s unconstitutional solution to this reality is to discard union rules and fire the senior officers simply because they are white.  Herbold’s actions conflict with the rulings of Supreme Court Justice Thurgood Marshall, who wrote that “racial discrimination in private employment against whites [must be] on the same terms as racial discrimination against nonwhites.” This is simply the latest example of the laws which society must live under being written by those who do not believe such laws apply to their own actions. (Jonathan Turley and MyNorthwest)

KIRO’s Dori Monson writes that it is time for Jeff Bezos to take Amazon out of Seattle.  Monson believes Bezos should take all the jobs and tax revenues the company provides out of Seattle and show the radicals who sit on the city council the negative impact of their spiteful and short-sighted policies.  (MyNorthwest)

New Spokane Mayor Nadine Woodward released a plan to combat homelessness which is based on using a regional approach to the issue.  The plan, which is receiving praise from across the local political spectrum, has the City of Spokane working with other local jurisdictions, including Spokane County and the City of Spokane Valley, to provide funding and administration for homeless programs.  Despite the COVID-19 outbreak, this is the second of Woodward’s major campaign promises (the other being a downtown police precinct) her administration has followed through on in her initial six months in office. (Spokesman-Review)

A GoFundMe effort has raised $35,000 for legal fees for a water theme park that has been fined and shut down by the State of Washington.  Chelan’s Slidewaters Park has been targeted by the state for violating the state’s “Safe Start” orders, when the park reopened to 50% capacity while Chelan County is in a modified Phase I status.  Water parks are not allowed to reopen until their county has advanced to Phase III. (iFIBER One)

The Sunnyside Municipal Court is using drive-thru windows to relieve its backlog of cases. Using a bank teller sliding drawer to pass documents, and a video connection through a tablet, court officials are able to handle arraignments and simple misdemeanor offenses and reduce the accumulation of cases which have not been processed due to the suspension of most court business. (Yakima Herald) 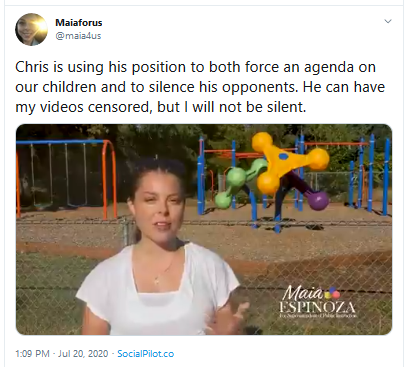 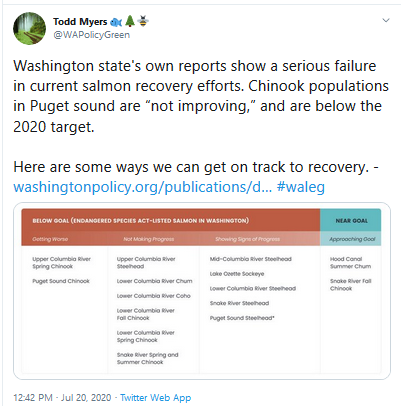