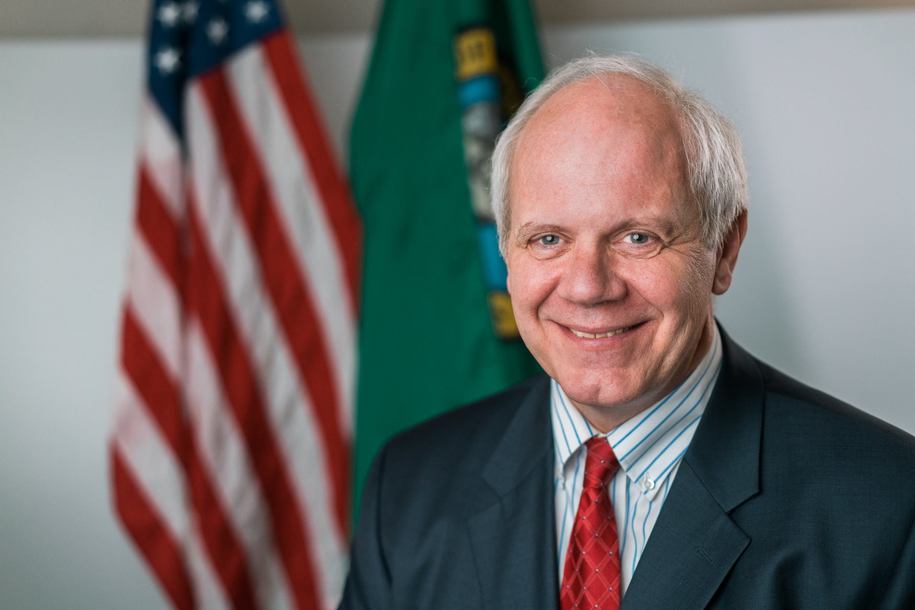 Shift’s Newsmaker Interview this week is with Washington State Treasurer Duane Davidson. During the coronavirus outbreak, Davidson has witnessed the financial mismanagement of Jay Inslee’s administration, which will hurt the state’s finances in the future.  In his interview, Treasurer Davidson shares his thoughts on how the Employment Security Department debacle will likely reduce future unemployment benefits, the Democrats’ poor fiscal management demonstrated by not yet calling for a special legislative session, his many accomplishments as State Treasurer, and the differences between his campaign opponent and himself.

The Inslee Administration has avoided discussions about the historic theft that took place at the Employment Security Department. From your perspective, how will this scandal impact Washington State’s future credit rating and the state’s ability to react during future financial difficulties?

By not taking immediate action, future unemployment premiums will undoubtedly need to be adjusted, and the legislature may feel compelled to borrow money to solve this issue. Borrowing money for current business cycle obligations is never a good choice. I equate that to a “payday loan for governments”. This has a “kick the can” effect. In the future, we have the same problem, made even more significant with interest payments. I would be remiss if I didn’t finish by saying that the total impact will be determined only when we know what the total amount of loss is and the magnitude of unemployment claims in the next several months.

It appears that Governor Inslee and the Democrat legislative leaders are content to wait until after the election to fix the state’s budget that has been severely impacted by the loss of tax revenue. Do you think this is the best strategy for the state?

Absolutely not. Delaying the resolution of the budget issues that were brought on by the pandemic will only result in adopting more drastic measures in the future that could have been lessened by taking action today. Responding to financial situations as they arise is just good fiscal policy and financial management. I believe this is a huge mistake that will be regretted. We have a precedence of the legislature doing the exact opposite in the 2009 financial crisis. Drastic times require drastic measures. Also, executive orders should only be exercised for a limited time until legislative action could have been taken. The legislature appears to be forfeiting this opportunity.

Ballots are being mailed today to Washington State voters. What accomplishments from your first term as State Treasurer do you want the voters to know about?

I feel that our office has delivered very sound management of the State’s debt. First, by increasing awareness of the magnitude of the State’s debt to both the legislature and to the public, utilizing our Debt Affordability Study.

Secondly, we have refinanced existing debt whenever possible to save taxpayers money. To date, over 450 million dollars in future interest payments have been saved during this term in office.

Third, I have increased the ability for local governments to borrow money at substantially reduced interest rates, with our LOCAL program. This program basically delivers by bundling numerous small government issuances together into one package.

Fourth, we obtained legislation that allowed us to offer yet another opportunity to local governments to increase the interest they achieve on their investments.

Lastly, I developed a Financial Literacy Program that advocates for financial education in the K-12 system, in addition to other programs with the most obvious of those being our internet modules found on the Treasurer’s website.

Many people predict your race will be a close one. What issues do you believe will be the most important in the race?

There is a very sharp contrast between my opponent and I. I have bipartisan support, and he does not. I am very honored to have two former State Treasurer’s, that are Democrats, that have endorsed me. Much of what the office does should be shielded from partisan politics. Public treasury has been my career. As a CPA, former assistant State Auditor, four-term county treasurer, and now current State Treasurer, I understand finance at both the local, county, and state levels. I have a deep appreciation for what the government can and should do, and have the knowledge to do it well. With that said, I also have a firm conviction that the state should refrain from some endeavors that are better served in the private sector.

As you look back on the past three and half years, what has surprised you most about the job and Olympia?

I am surprised about how partisan it is becoming. Of course, there has always been the division between right and left at any level of government. I believe Washington State had a tradition of being able to resolve issues between the political divide in the past much more than it appears they can achieve today.