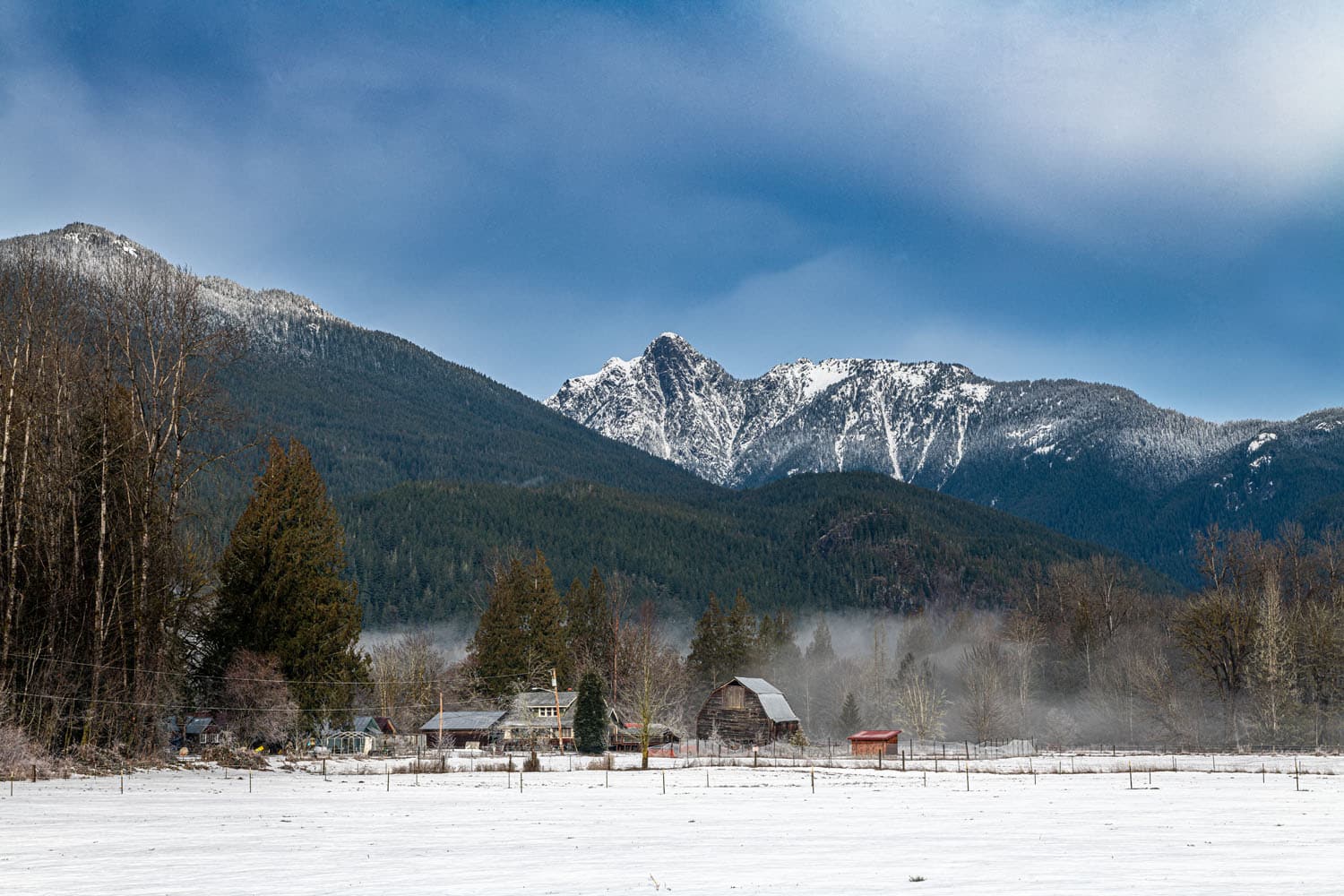 Journalist Brandi Kruse points out the hypocrisy of Governor Jay Inslee recently commenting about worker shortages without taking any responsibilities for his own partisan and unscientific actions which resulted in the state not being able to perform basic services due to his firing state workers with his non-sensical vaccine mandate.  Last week the governor released a statement regarding the impact of worker shortages and how it has impacted government services.  He stated, “For state agencies, labor market trends have been disruptive. Ferries need tending. Hospitals need staffing. Without enough workers, state services suffer.”

In her latest [un]Divided podcast, Kruse gave the governor the benefit of the doubt that when he imposed his vaccine mandate on state workers – way back in October 2021 – he did so with the best information available at the time. Then she asserted that to not offer fired state workers their jobs back today is going against the best scientific evidence we have available now.

Kruse argues, “I just can’t take the governor seriously when he talks about the worker shortage. Until you hire back, or at least offer people their jobs back who were fired over a vaccine mandate that no longer has an impact or a basis in reality, then I genuinely take your care or concerns seriously.” ([un}Divided/YouTube and Medium/Inslee comments)

House Republican Leader JT Wilcox blasted the Seattle Times for not pointing out that it is only Democrat legislators who have pushed the fictitious classification of “legislative privilege” in order to keep the public (and media) from obtaining documents in public records requests.  On Friday afternoon, the Times posted an editorial in which the newspaper condemned all members of the legislature for reinterpreting the state’s constitution to allow them to keep official documents and communications from being obtained by the public. The paper wrote, “Some lawmakers think that they are special, though, so special. They think the law doesn’t apply to them, that they get to decide what is good for the people to know. So they manufacture loopholes or flat out ignore the law until compelled to follow it.”

Representative Wilcox correctly pointed out that it is only members of one political party in Olympia which is using this fake classification to purposefully keep the public ignorant of their actions – the Democrats. Republican Leader Wilcox condemned the Times use of all lawmakers when he tweeted, “Maybe the Times should say which lawmakers. This is bullshit. It is Democrats alone.” But, the Times needs the Democrats for the tax breaks its owner is begging for, so being honest is not a priority at this time. (JT Wilcox Twitter and Seattle Times)

Speaking of bias at the Seattle Times, many of our readers have pointed out the incredible discrimination the newspaper has demonstrated in its recent coverage of elected officials who lied in order to get elected. In doing a quick search on the newspaper’s website, we find that the Times has carried almost 20 stories about Republican Congressman George Santos (NY) and his admission that he repeatedly lied to voters about his background.  At the same time, the newspaper has not posted one single story about the numerous lies of Democrat Representative Clyde Shavers (who lied about his military background, his work experience, his mother’s immigration status, and that he actually lived in the district) since the paper posted one minor piece back in November (six days after Shift first broke the story).

While the Seattle Times continues to claim it is a watchdog in order to receive money and special treatment from the government, the truth is the Times is more of a watchdog of a Republican New York congressman then it is of a Democrat Washington State legislator who represents constituents within the paper’s distribution area.  The Times repeatedly shows itself to being a free communications tool for the Democrats rather than a fair and balanced watchdog for the state and region’s interests.   And remember, the Times shamefully sat on the Shavers’ story for nearly a week, as tens of thousands more ballots were filled in and mailed and thus enabled the admitted liar Shavers to barely win his election by just 211 votes. (Seattle Times, Shift, and 2022 election results)

Todd Myers of the Washington Policy Center points out one of the many reasons why liberal policies are causing the severe shortage of homes in Washington State.  Governor Inslee recently admitted that our state is in a housing crisis and that one million new homes need to be built in the next 20 years. Yet while the governor and other Democrat lawmakers are finally admitting publicly that the lack of affordable housing is causing skyrocketing home prices and higher rental rates, liberals in Olympia are seeking to impose more regulations on development and making it even more difficult to build homes.

The latest example of the Democrat insanity is liberal lawmakers seeking to add “climate change” as a “priority” of Washington State’s Growth Management Act. This addition would mean there would now be 15 priorities for the state’s GMA.  This means that in order for a developer to build a new home, 15 different sets of liberal priorities need to be met.  From “historical preservation” and “open space and recreation” to “sprawl reduction” and “environmental production” (see complete list of priorities here), builders have to meet the conditions of each priority before they can begin to build.

This is why the leadership of the Building Industry Association of Washington recently stated, “To really make housing more affordable, we need fundamental changes to our state and local planning, land use, permitting and regulatory processes.”  (Todd Myers Facebook post, Governor Inslee policy brief, and Building Industry Association of Washington press release)

There has been a 1,300% increase in the number of children who have consumed marijuana edibles compared to 2017, and this has led to a dramatic increase in calls from parents to poison control centers.  As cannabis-infused chocolates and gummies have increased in popularity, more children have eaten them (sometimes many at one time) believing they are candy. This is occurring despite state government regulations which prohibit cartoons and animals from being used in marijuana-product packaging.  Officials stress that such cannabis-laced food items should be locked up out of the reach of children.  (KNDO/KNDU)

Due to failed liberal policies, downtown Seattle has lost nearly 2,400 business employers since 2020.  According to the United States Postal Service, Seattle’s downtown business core suffered a net loss of 2,395 business addresses from 2020 to the end of 2022. All of Seattle lost a total of 5,834 businesses since 2020, with 15,919 businesses moving into the city while 21,573 moved out.

Not only does the loss of businesses negatively impact the City of Seattle’s budget because of the reduction of taxes collected from these employers, but it also significantly impacts downtown retailers due to fewer downtown employees who financially support these merchants.  Seattle’s business leaders have repeatedly stated that the loss of downtown employers is due to liberal public safety policies causing a dramatic increase in crime. That has caused workers and potential consumers to feel unsafe in downtown, based on the open illegal drug use, homeless encampments, and rampant crime which are the hallmarks of liberal urban policy. (Puget Sound Business Journal)

A public meeting of those against the placement of a large new airport in either rural Pierce or Thurston counties will be held this Friday evening in Graham.  After the Washington State Commercial Aviation Coordinating Commission listed these two areas as possible locations for a new airport to ease congestion at SeaTac Airport, local community groups formed to appose the placement in their community. The groups will gather this Friday at 7:00 PM at the Graham Kapowsin High School. For more information, please visit the Facebook page for the coalition. (MyNorthwest and Facebook)

The latest incident occurred last Friday morning, when Moscow, Idaho police officers pursued a vehicle due to erratic driving.  The suspect fled west at a high rate of speed on State Route 270 towards Pullman.  Moscow officers radioed the Pullman Police Department regarding the suspect actions.  Pullman officers informed their Moscow counterparts that they could not pursue the suspect due to Washington State law and the suspect was able to go free.  (KQQQ Pullman Radio) Governor Jay Inslee ended 2022 the way he ends most years, making false claims about the effectiveness of his ideas.  The governor tweeted he has “made important strides” on such important issues as homelessness, violent crime, climate change, and the pandemic. Yet the data – or what he might call “the science” – does not support his claim.  The facts on all of these issues show that things have become worse.

Unfortunately, once again, the members of the state’s mainstream political media refuse to challenge the governor on his claims.  This is especially curious since just a year ago the governor wanted to make it a crime for politicians to make false claims about elections.  If the governor is going to assert that he is some model of honesty, then shouldn’t the media point out the hypocrisy of his repetitious use of false claims? (Click to read full Shift article)