Governor Inslee’s immunization plan was not the worst plan in America – just the 4th worst.

Governor Jay Inslee’s administration now ranks 47th in the country for immunizing state residents with the COVID-19 vaccine.   It evidently takes a national publication to point out how pathetic Inslee has done on vaccinating Washingtonians, as according to data collected by Bloomberg, only 34.8% of the vaccine doses Washington State has received from the federal government have been administered.  By comparison, Oregon has dispensed 64.7% of its vaccine doses.  Meanwhile Washington State businesses remain closed and students are kept out of their schools due to the high rate of infections.   As Inslee was announcing his latest revision to his previous failed immunization plans (which state health administrators had 9 months to develop), the governor was asked why the state was doing so poorly.  As we could have guessed, Inslee immediately blamed the Trump Administration, as if the 46 states who are performing better than Washington were dealing with a different federal government.  This is the latest failure of the Inslee Administration during the pandemic.  Seemingly everything the state has done in response to COVID-19, including providing accurate data, testing, tracing, administering unemployment benefits, and delivering facemasks to health professionals, has failed.  This is what happens when the governor excludes non-campaign donors, including local health agencies, from contributing ideas, and instead appears to make important health policy decisions mainly on the desires of those who financially supported his campaign.  (Bloomberg, Seattle Times, Shift, and Yakima Herald)

Maybe when Governor Inslee next changes his COVID vaccination plan (which past failures strongly indicate he will), he should listen to the viewpoint of the Vancouver Columbian (and many others) and move all educators to the front of the line so local administrators can reopen schools.  If the teachers’ unions are demanding extreme safety measures (and plenty of extra cash) before letting their members return to the classrooms, then the governor could do the children a favor and have the vaccine administered to all school personnel (not just those over 50) so our children can resume in-person education as soon as possible. (Vancouver Columbian)

Instead of focusing on fixing the many failures of his administration (and ending the suffering his policies have created), Governor Inslee continues to waste his time focusing on national politics.  Inslee is consistently seeking national microphones to say nothing new regarding President Trump, as if there are not enough Democrat members of Congress or liberal talking heads willing to say the president should be impeached.  Inslee adds absolutely nothing to the discussion and seems to be doing this to make himself feel relevant (after the Biden team snubbed him for a cabinet post he so desperately wanted).  We noticed something unique in the attached screengrab: while the governor is constantly hiding behind a mask when he announces his latest plan to correct his latest failed COVID-19 policy, yet for national TV audiences when he spouts his anti-Trump venom, the mask is gone. (Austin Jenkins Twitter)

A public hearing on legislation to reopen businesses in Washington State is scheduled for tomorrow (Wednesday) morning at 8:00 AM, and all are encouraged to register to testify remotely (or at least sign in with an opinion on the bill).  The bi-partisan bill (SB 5114), which was introduced by Senator John Braun (R – Centralia) and Senator Mark Mullet (D – Issaquah), would immediately move all regions of the state to Phase 2 and allow small businesses to safely reopen under strict health guidelines.  It is noteworthy (and sad) that Senate Democrats continue to play childish games with the financial insecurities of small business owners by scheduling this important hearing at the same time as the Biden Inauguration, when the limited media will be fairly distracted. And instead of referring the bill to Mullet’s Business, Financial Services, and Trade Committee, Democrat leadership assigned it to the State Government and Elections Committee.  These acts by Democrat leadership demonstrate that liberals lack the concern for what many small business owners and workers are going through due to Governor Inslee’s on-going random shutdown orders.  Bill supporters are looking for people who have been impacted by the governor’s edicts to keep many small businesses closed or severely restricted.  If you would like to testify remotely on the bill, please click on this link to register.  You can also use the registration link to simply indicate if you support or oppose the bill. (News Tribune, Washington Legislature Bill Summary, and Remote Testimony Registration)

In testimony this morning, the Washington Hospitality Association (WHA) stated that restaurants and bars forced to close indoor dining by Governor Inslee’s latest random shutdown order are losing an average of more than $20,000 a month.  The WHA also revealed data that indicates closing restaurants does extraordinarily little to reduce the infection rate, and in fact it might actually increase the infection rate because people congregate unsafely in personal homes instead of safely gathering in restaurants following health protocols.  Restaurants are only making 10% of their normal proceeds through takeout under Inslee’s mandates, while 45 states are offering indoor dining.  Data collected from other states shows that 1.4% of infections are tied to restaurants. This corresponds with Washington State contact tracing data, which showed restaurants (during the short time they were allowed to re-open in Washington) were the cause of less than 1% of COVID-19 infections. (Washington Hospitality Association presentation materials)

The Association of Washington Businesses launched a new weekly video report, which provides an update on legislative news which could impact Washington State employers. “Capitol Focus” is a 30-minute-long program featuring interviews with legislators and other policy makers on various legislative measures which could impact employers.  After viewing the first edition, our team finds it a worthwhile method (along with reading Shift, of course) to keep up-to-date on what is occurring in Olympia. (AWB’s Capitol Focus)

Due to the high price of gas (which Governor Inslee and the Democrats want to make even higher) and car ownership, and due to a terrible road infrastructure in the state, Washington State ranks 3rd worst (behind only California and Hawaii) of states to drive in.  The survey was conducted by Wallethub, and used 31 metrics to evaluate drivability in each state. (News Tribune)

In the latest nonsensical and economically clueless article from Katie Wilson, she blames the job-providers at Amazon, and not the liberal policies of Seattle City Hall, for the city’s serious homeless problem.  Wilson, whose day job as the General Secretary of the Transit Riders Union leaves her plenty of free time for writing socialist drivel, is constantly complaining in Crosscut that she is not given enough free stuff taken from other people’s wallets.  In this week’s rant, she attempts to belittle Amazon’s announcement that it has pledged $2 billion for affordable housing in Alexandria, , Nashville, and Seattle (locations of the company’s hubs).  This is on top of what Microsoft and other companies have already donated (and the multi-billions they pay in employee salaries and taxes) to provide housing for Seattle area residents.  Wilson’s greed claims this is not enough for she believes “these corporate contributions are a drop in the bucket — of what Big Tech can afford.” Maybe Wilson should examine the policies of the Seattle liberals who have controlled the city for over five decades, and how they have systematically eliminated housing options by limiting development and making it difficult to rent properties. (Crosscut)

The University District’s iconic Blue Moon Tavern is featured on PBS’ American Portrait Series tonight at 9:00 PM.  The owner is shown going through personal struggles while at the same time trying to figure out how to keep her longtime family business operational (spoiler alert: she opens a to-go coffee stand at the tavern) while indoor service is restricted. (Seattle Times)

Once again, a going-nowhere bill to make Eastern Washington into a state was introduced in the Washington State Legislature.  Representative Bob McCaslin (R – Spokane Valley) and Representative Rob Chase (R – Liberty Lake) have introduced HB 1239 to form the new state of Liberty. It would contain all of Eastern Washington, with the dividing line being the Western borders of Okanogan, Chelan, Kittitas, Yakima, and Klickitat counties. (YakTriNews)

The Washington State Democrat Party continues to ignore the fact that it, along with all statewide Democrat elected officials and all Democrat members of the state’s congressional delegation, failed to condemn the violence conducted by liberal activists last summer in Seattle.  The state Democrat party emailed out a “survey” asking, “Do you condemn GOP incited violence?”  What the email fails to state is that nearly all Washington Republican officials condemned the violence at the Capitol by fringe Trump supporters as it was taking place, while Democrats have yet to condemn the violence against Seattle businesses and police officers, which took place over six months ago by liberal thugs.  It is very hypocritical for the Democrats to say they are against political violence when they themselves have created an atmosphere where violence is acceptable, due to their silence over multiple liberal violent actions last summer.   (Washington State Democrat Party email) 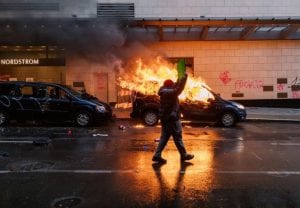 Washington State Democrats are likely hoping voters will forget about their hypocrisy on political violence before their next elections.  Democrats, who had religiously remained quiet about the numerous violent acts (including an attempted arson/mass murder of police officers) conducted by liberal activists last summer in Seattle, displayed their double standard by immediately condemning the violence by extremist Trump supporters on January 6. Meanwhile Republicans have displayed true political leadership by strongly denouncing political violence whenever it takes place, regardless if by their supporters or opponents.  The public is slowly becoming aware of this contrast between the two parties, and it is quickly becoming a source of embarrassment for the Democrats. (Shift Article) 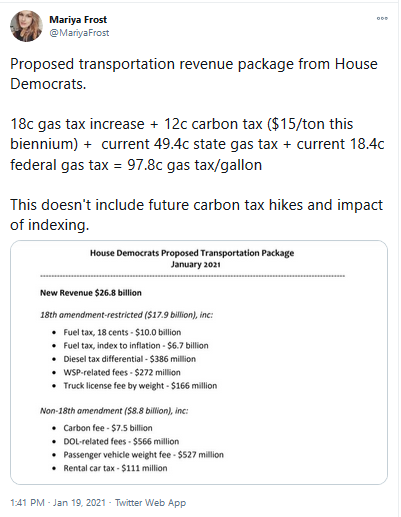 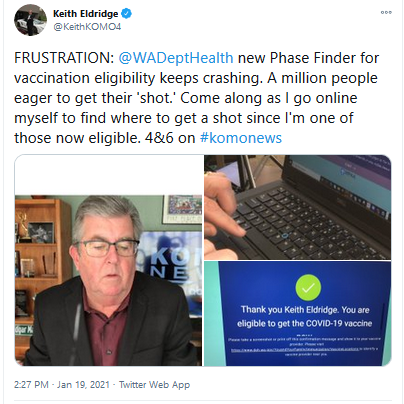