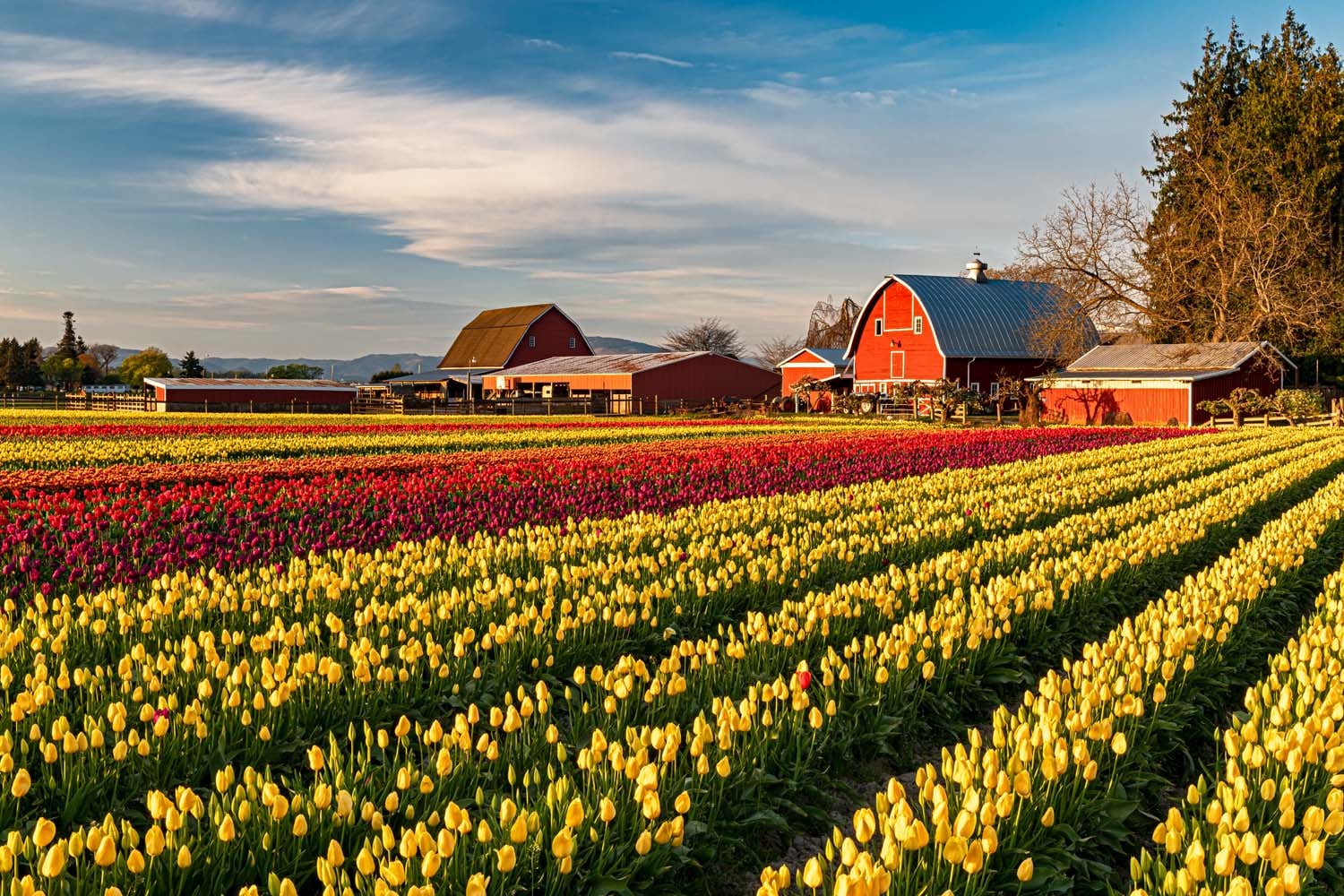 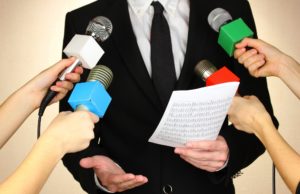 Local reporters continue to step up during COVID, filling in as press agents for state Democrats by avoiding even basic questions which might confuse them about their tax-and-tax-and spend priorities.  The media rarely conducts the same critique on liberal measures as they write about conservatives.  Among the many recent examples of this biased journalism was last week’s Crosscut story on the Democrats’ state income tax on capital gains.  Many vitally important questions were never asked as the media allowed the Democrats to make dishonest claims and spout liberal hyperbole to justify their new and excessive taxes. (Click to read full Shift article)

As expected, Democrat legislators jammed through their latest attempt to impose an unnecessary and unconstitutional state income tax on Washington State residents.  Even with the state treasury already overflowing with state tax revenue and $11 billion in federal bailout funds, legislative Democrats did not allow fiscal reality stop them from imposing a job-killing state income tax on capital gains.  The purpose of this greedy action is to open up a new revenue stream to fund a larger and more powerful state government, as Democrat lawmakers seek to reward their major campaign donors in the state employee unions.  Disturbingly, the Democrats included a phony “emergency clause” into the bill, which denies citizens their constitutional right to repeal the tax through a referendum before it is implemented.  While some Democrats falsely proclaim no “emergency” clause exist, the language is clearly attached to the bill.

Fortunately the citizens still have two recourses to overturn this state income tax from taking effect. The first is through a lawsuit, where hope relies upon at least five (of the nine) members of the Washington State Supreme Court remembering that your income is your property, and thus off limits for Democrats’ income tax schemes.  The second method is through an initiative, which requires twice as many signatures than a referendum, which likely will not be on the ballot until next year (which Democrats prefer since more liberal voters cast ballots in even numbered years than in odd numbered years). (Seattle Times and WPC’s Jason Mercier KGMI Interview)

The first is the Democrats “tax equity” argument they used to pass their state income tax on capital gains is truly false, for these energy policies will dramatically hurt low-income families far more than the wealthy.  It will cost 10 additional dollars for residents to fill their gas tanks and impose higher transportation costs (and thus increased prices) on food and other necessities.

The second is the Democrats are not as altruistic as they claim to be in their climate policies, for these are supremely inefficient methods to reduce CO2 emissions.  Yet they are consistent with Governor Jay Inslee’s previous environmental measures which have failed to come close to meeting objectives he promised (in fact, they have underperformed so badly that the governor’s own office removed their “results” from the state’s web pages just before Inslee began his failed attempt for president).  But as we know, as with nearly all liberal actions on major issues (homelessness, public safety, and especially the environment), results are not that important. Failing to solve problems today means they can still grow the size and cost of government in the future with more expensive ”solutions”.  (KUOW News, Washington Policy Studies, and State of Washington Results Washington)

Democrats settled on making possession of hard drugs essentially a parking ticket, and violators will not even receive that light punishment until their third offense.  Many Democrats sought to totally legalize the possession of methamphetamine, heroin, and LSD in response to the Washington State Supreme Court’s Blake decision (which struck down the state’s previous drug possession law). However, public outrage caused them to impose some punishments – but only after a person is caught three times.  After their first two offenses, the violator is not arrested, but instead referred for assessment and counseling. Only upon committing a third drug possession offense can the person be arrested and sentenced, if found guilty. The harshest penalty the legislature made available to the courts (which judges rarely impose) is a 90-day sentence.  While most legislators believe treatment is preferable to incarceration, many also believe the threat of a felony or gross misdemeanor penalty was needed to provide incentives for the violator to complete the counseling. (News Tribune)

The Democrats released to the public the $59.2 billion budget they had been working on since last session – just one day before voting on the proposal.  As the Democrats continue to make government less and less transparent to the people they are supposed to serve, Democrat legislators released the 1,100-page budget document hours before final passage. This is consistent with not holding public hearings on many major bills, giving the public just one-minute to testify on the state’s pandemic response, and inserting phony emergency clauses into tax bills to deny citizens the right to repeal a tax through a referendum.  We should note that the $59.2 billion budget which passed is a whopping 84.4% increase in the state’s budget since Governor Inslee took office in 2013, as he continues to reward state employee unions that have funded his (and other Democrats’) campaigns. (Spokesman Review, Shift, and State of Washington)

QFC has closed two stores due to the Seattle City Council caving into the demands of union bosses and imposing a costly $4 per hour “hazard pay” bonus for all grocery workers.  QFC announced in February that due to the council’s actions, they could no longer keep struggling stores in Wedgwood and Capitol Hill open.  It is worth remembering that just weeks before the council forced stores to provide hazard pay (despite already investing millions in protective measures, cleaning supplies, and extra workers), these same councilmembers slashed the budget of the city’s police force, who have far more unprotected interactions with the public and were also being physically attacked by liberal protestors. (MyNorthwest)

Speaking of the Seattle Police Department, it was revealed today that 66 more well-trained police officers have left the force this year.  This is on top of the 193 who departed in 2020, due to a complete lack of support from the city’s elected “leaders.”  Reports are that many more officers will soon be joining their colleagues by either retiring or finding jobs in communities where politicians support their police officers. Despite a sharp increase in violent crime and stolen property, the Seattle police force is now the smallest it has been in 30 years. (MyNorthwest)

The number of wolves in Washington State continues to grow, with a nearly 23% increase in the past year (and the numbers could be larger).  The Washington State Department of Fish and Wildlife (WDFW) reports that at the end of 2020 there were at (minimum) 178 wolves in 34 wolf packs in Eastern Washington (including on the Colville Tribes Reservation). In 2019, there were 145 wolves in 26 wolf packs.  The WDFW said that nearly 80% of the wolves were not involved in any livestock depredations in 2020. (Northwest AG Network)

The Moses Lake School Board has voted to name its next high school after President Ronald Reagan.  Construction of the new 700 – 900 student high school began last month, and is expected to be open in the fall of 2022. (Columbia Basin Herald)

Last Friday’s Newsmaker Interview was with Tiffany Smiley, an effective advocate for U.S. military veterans who just announced her candidacy for the U.S. Senate to replace the ineffective 30-year political insider Patty Murray.  Smiley gave up her career as a triage nurse to fight for veterans, after her husband Scotty permanently lost his sight due to a suicide bomber in Iraq.  Her work brought her national attention and even a meeting with the President in the Oval Office.  Smiley announced her candidacy with the endorsements of Representative Cathy McMorris Rodgers (R – Spokane) and former Congressman Doc Hastings.  In her Shift interview, Smiley discusses her background, her campaign, and her policy views.  Smiley has taken a strong stand against political violence and stated that Patty Murray’s silence on Representative Maxine Water’s recent reckless comments “has been deafening.” (Read the full Newsmaker Interview) 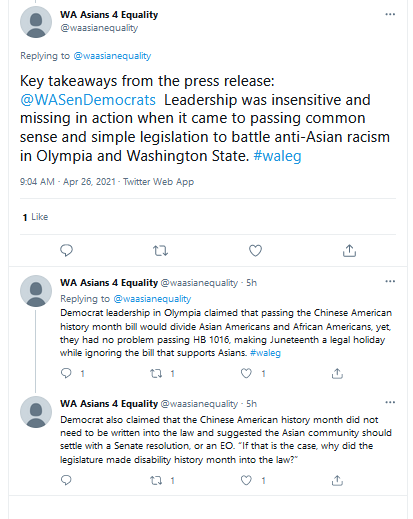 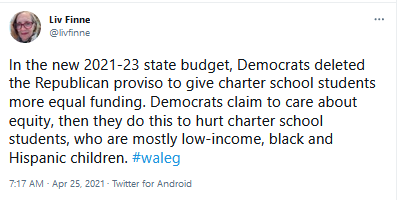