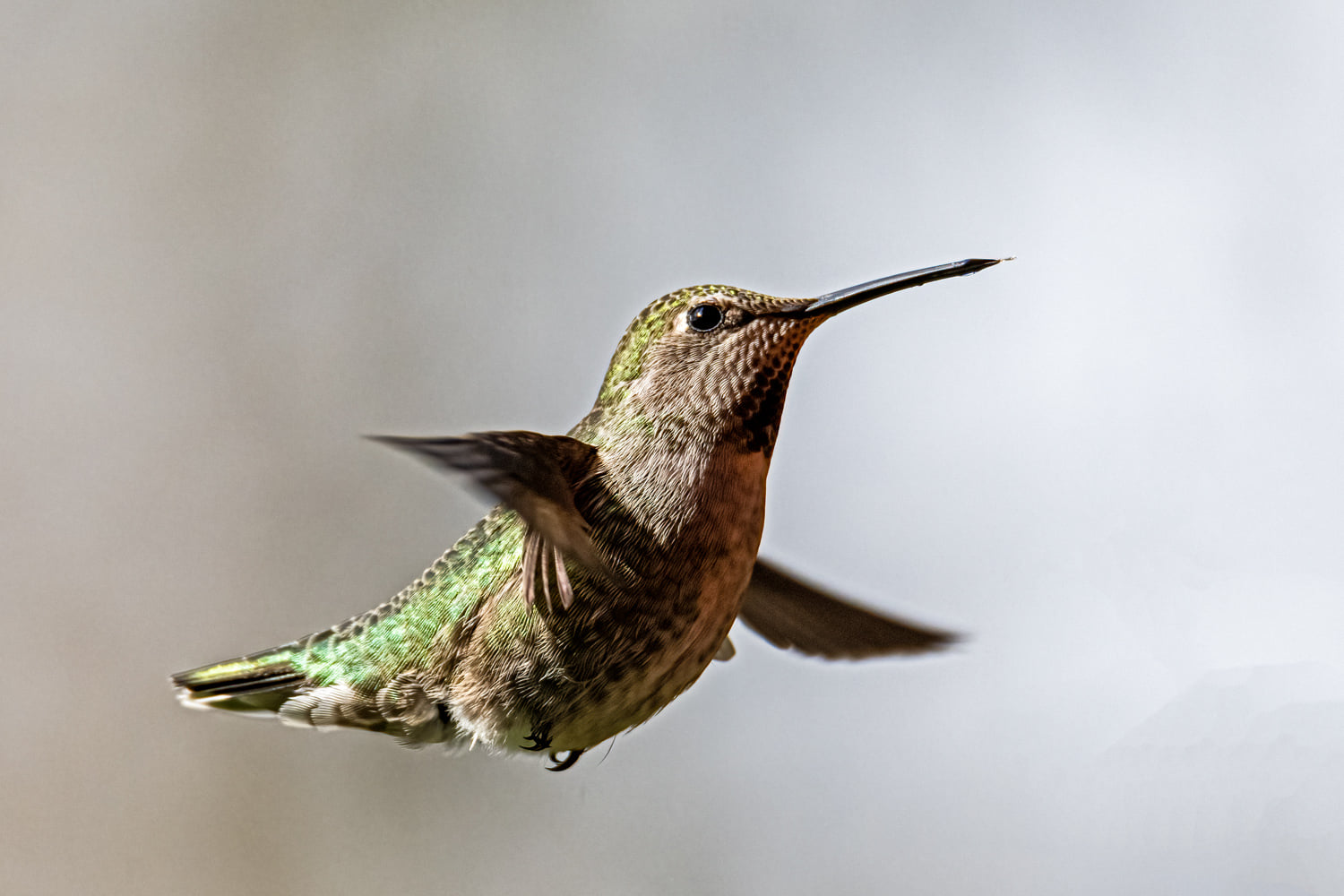 Democrats keep providing extremely weak excuses for why they have utterly failed to support any debate on a bill enabling even limited legislative oversight of a governor’s emergency powers.  Governor Jay Inslee’s one-man rule through use of “emergency” orders has now exceeded 400 days, leading House Republicans last week to use an 8th Order motion (a parliamentary tool allowing a bill to immediately be heard by the full chamber) to attempt to bring a bipartisan motion to amend the state’s emergency powers act to the House Floor.  The bill (HB 1557), which would simply require support from a majority of legislators to extend a governor’s use of emergency orders beyond 60 days, was initially denied a public hearing by Democrat leadership when it was introduced at the beginning of the session.  Last week’s motion to bring the reform measure to the floor for debate was defeated by the Democrats, 56-41.

Democrat House members, while falsely implying they supported the measure, said they voted against the order motion because the bill had not received a public hearing (only because Democrat leadership had denied such a hearing despite several requests from Republicans) and because Republicans were not following legislative procedure (even though an 8th Order motion is a legislative procedure).  These are weak excuses, since many of these same Democrats have previously supported “title only” bills which have received no public hearing. Also, in 2018, many supported an 8th Order motion to pass a controversial bill regarding law enforcement training.

It is especially interesting that six Democrats who represent Pierce County (House Speaker Laurie Jinkins and Representative Jake Fey of the 27th Legislative District, Representatives Dan Bronoske and Melanie Morgan of the 28th LD, and Representatives Jamila Taylor and Jesse Johnson in the 30th LD) chose to support the continued never-ending use of “emergency” powers by Governor Inslee, despite him using it to unscientifically and arbitrarily shut down economic activity in their own county last week. (News Tribune and Washington Legislature Bill Summary)

During the final scheduled week of the 2021 session, the Washington State Legislature will be deciding on three transportation-related bills which could raise the price of a gallon of gas by close to a dollar in just the next few years. Democrat legislators will be deciding the fate of the inefficient and costly Low Carbon Fuel Standard (which government estimates say could increase gas by 63 cents a gallon), a pork-laden transportation package (that increases the state gas tax by nearly 10 cents a gallon and imposes 32 additional taxes/fees), and a Cap-and-Trade bill which will significantly impact gas prices no matter how it is applied.  These bills will most negatively impact low-income families and those living on fixed incomes, the very people that Democrats claim to represent during campaign season.  (Capitol Press, Puget Sound Clean Air Agency, The CenterSquare, and Washington Policy Center)

Washington State Auditor Pat McCarthy has been forced to respond to misleading statements from Jay Inslee’s Employment Security Department (ESD) about the report recently released regarding the historic failure that occurred there last year.  An ESD spokesperson stated the Auditor’s report was “deeply flawed” for saying an additional $460 million was unaccounted for, on top of the $650 million the ESD has already admitted it allowed to be stolen by foreign criminals. Auditor McCarthy stated that the report was based on the information ESD had itself provided to the Auditor’s office, and ESD leaders should feel free to send any additional information they might possess.  This is not the first time that the Auditor has tangled with bad behavior from ESD, as last November, she raised public concerns that then-ESD Commissioner Suzi LeVine and her team were making it difficult to perform audits, by not handing over necessary documents.  LeVine has since used her “privilege” of being connected with wealthy Democrat contributors to escape the mess she created in Washington State, and land in the Biden Administration (where her real “duties” will likely include keeping big contributions flowing into Democrat Party organizations).  (MyNorthwest and Seattle Times)

Liberal homeless advocates attempt to stop a City of Auburn proposal which will encourage homeless individuals to obtain the services they need.  The Auburn City Council, which seven months ago removed the criminal penalty for camping on public property, will be voting on whether to reinstate the punishment for doing so, thanks to a significant increase of encampments in city parks.  The threat of a $1,000 fine or 90 days in jail will only be used if overnight space is available in local shelters, and will be applied to encourage folks to move to the shelter and/or seek treatment for addiction or mental illness.  Predictably, liberal homeless advocates, whose preferred policies have led to huge increases in the region’s homeless population, are against the proposal because evidently they are against helping those experiencing the cruel existence of living in a tent.  Apparently they also have no real concern with the increase in crime and unsanitary conditions that surround encampments. (Seattle Times)

Several parents of Broadview-Thomson PreK-8 School students say they will not send their children to school as long as the school district allows a homeless encampment in a park next to the school.  Today is the first day all students are scheduled to return to in-person learning at Broadview-Thomson.  Last week, the City of Seattle finally removed a homeless encampment on Capital Hill’s Meany Middle School property.  The Broadview-Thomson parents want the same done to protect their children attending the North Seattle school.  (MyNorthwest)

A Washington State Auditor’s report is critical of former Spokane City Council President Ben Stuckart’s involvement in the controversial selection of Jewels Helping Hands to run a “warming center” in November 2019.   In its report, the Auditor’s office found that the agreements involving Jewels Helping Hands, which were approved by Stuckart, “had an appearance of a conflict of interest, which may violate the City’s Municipal Code and state law,” and that a competitive bidding process was not followed.  The agreements were completed immediately after Stuckart lost his 2019 bid to become Mayor of Spokane.  Shift was the first to report on the controversy surrounding the selection of Jewels Helping Hands to run the “warming center” days after it took place.  New Spokane Mayor Nadine Woodward asked the Washington State Auditor to investigate the selection process, and has terminated the city’s contract with Jewels Helping Hands.

In all, the Auditor’s report outlined four findings from its investigation into the city’s Community, Housing, and Human Services Department, and stated that “staff felt pressure and influence from Department directors and those Department directors felt pressure and influence from a City Council member to approve projects, contracts, agreements and transactions that bypassed established internal controls, Department practices and the City’s adopted policies and procedures.” On being asked about the investigation’s findings, Stuckart reportedly said, “The report is full of shit.”  This is not the first time Stuckart has faced ethical charges.  (Washington State Auditor’s Office Report, Shift, and Daniel Walters/Inlander Twitter)

Gonzaga University’s Young Professionals organization will host a free virtual debate,  “Addressing Climate Change, Governments or Markets”, on Tuesday (April 20th) evening.  The 90-minute event will begin at 6:00 PM.  Panelists include Chris Barnard of the American Conservation Coalition, Steven Ghan from Citizens’ Climate Lobby, Todd Myers of the Washington Policy Center, and Eric de Place from Sightline Institute.  With Thursday being Earth Day, this will be a good opportunity to hear competing perspectives on climate change issues.  Clink on the link to learn more and to register. (WPC/Gonzaga YPs)

Last  week’s Newsmaker Interview was with Senate Republican Caucus Chair Ann Rivers from La Center (Clark County).  The third-term senator provides a candid response to Governor Jay Inslee’s recent order to move three counties back to whatever Phase 2 means in his current COVID rules.  Senator Rivers contends the state is using meaningless data (and officials keep moving the data “goal posts”), which could allow the governor’s use of emergency powers to “never end.”  Following this week’s release of the Washington State Auditor’s report on the management failures at Employment Security Department (which resulted in the loss of up to $1.1 billion in public funds), Senator Rivers stated, “accountability for the ESD debacle lies with Governor Inslee,” and that “nothing he does can ever remove that stain from his legacy.” (Click to read full Newsmaker Interview) 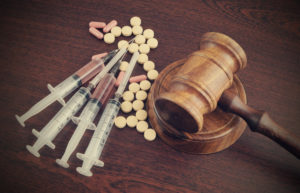 Not to be outdone by the Democrat senator from his legislative district, Representative Roger Goodman (D – Kirkland) has introduced legislation to legalize possession of dangerous and highly addictive drugs in Washington State. The Eastside liberal legislator used the false excuse of “fixing” the Washington State Supreme Court’s controversial Blake decision (which threw out the state’s previous drug possession laws) to impose the Democrats’ long-standing wish of legalizing hard drugs like methamphetamine, acid, heroin, and cocaine.  Remember, in 2014, Goodman admitted as true his wife’s claim that he smoked marijuana while driving his kids. The parents in the 45th Legislative District (Kirkland, Redmond, Sammamish, and Woodinville) must be proud that their both state senator and state representative are so focused on making hard drugs legal. (Click to read full Shift article) 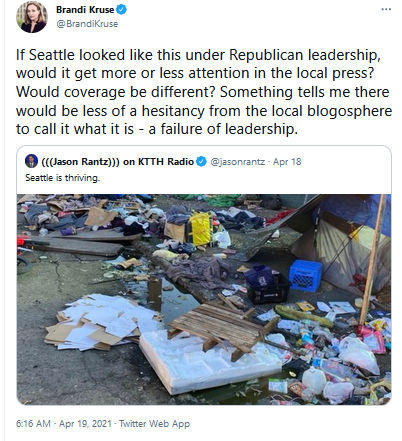