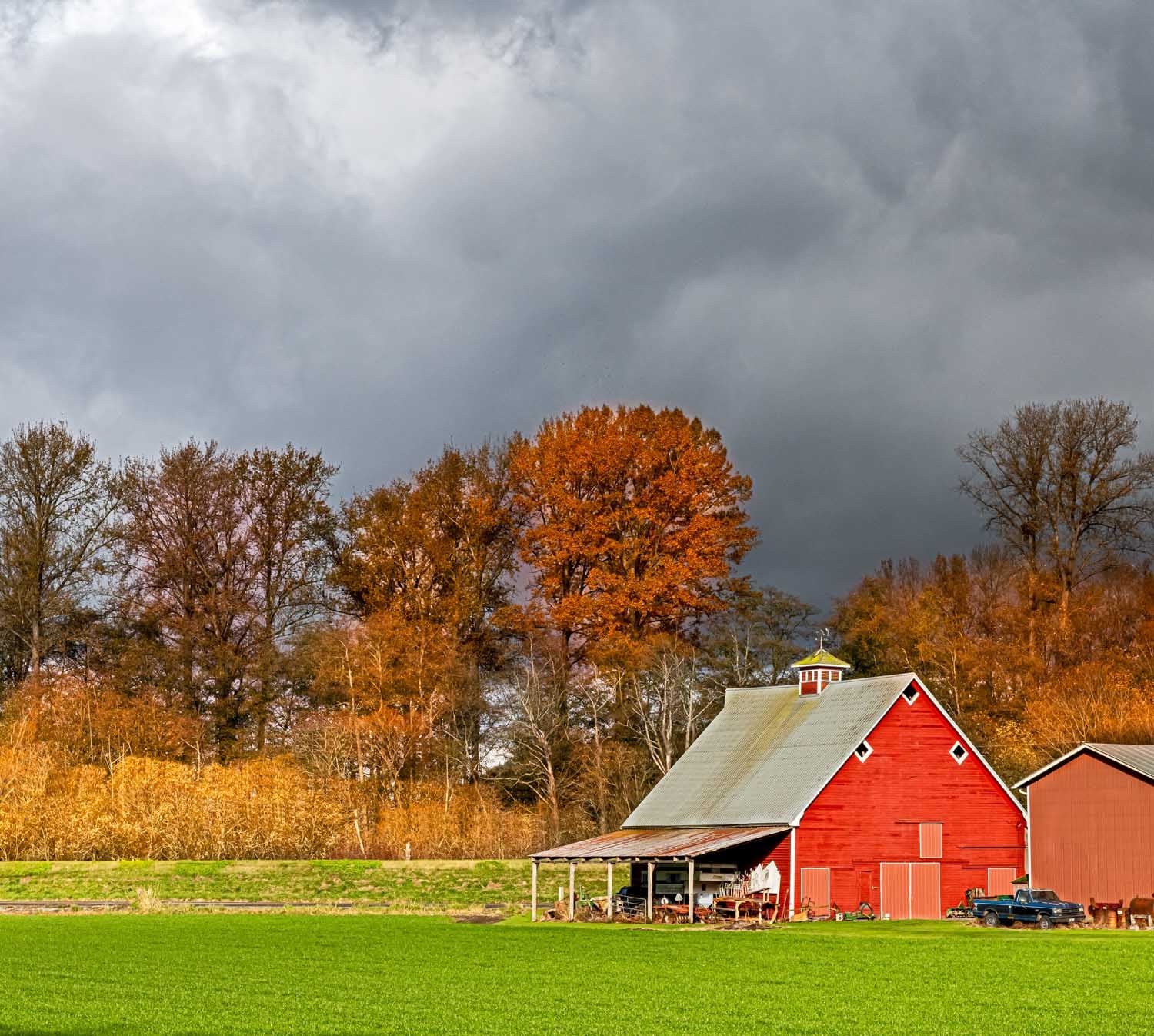 Governor Inslee has been quick to take credit for random reductions in the spread of the coronavirus over the past eight months, so now it’s time he actually takes responsibility for the current increase, and the loss of wages for thousands of Washington residents during the holiday season.  Just a couple of weeks ago, Inslee’s vapid re-election campaign was avoiding discussion of his mistakes in office, by bragging that the governor’s policies were keeping Washington safe.  Yet yesterday, the governor took time away applying for any “green” job in the Biden Administration to announce he has again shut down restaurants, bars, fitness centers, bowling allies, theaters, and indoor gatherings, due to the record level of new coronavirus cases under his watchful eye.  Workers from these jobs will soon be joining thousands of others applying for unemployment benefits, just a week after Washington State led the nation in new unemployment claims. Since the governor has failed to include other people in his partisan decision-making, the increase in COVID-19 cases and the new round of job losses are fully his responsibility. But you won’t hear that from him. (Shift Short Take) 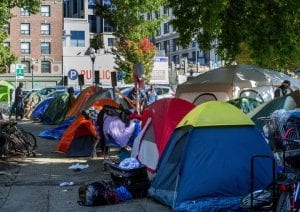 “Seattle Democrat Mayor Jenny Durkan has been trying for years to solve the Seattle homelessness problem which she and her far-Left City Council, and the left-leaning Seattle City Mayors and City Councils before them, have created.  Unfortunately for the taxpayers of Seattle, they are going end up footing the bill for the latest, Durkan-inspired, $5.4 million cleanup effort.” (Shift Article)

Washington State House Republican Leader JT Wilcox says he has “offered to come in on 24 hours’ notice” for a special legislative session to help the small businesses that will be devastated by Governor Inslee’s latest restrictions.  Wilcox claimed there is plenty of money in the state’s rainy-day fund to help food industry businesses.  Wilcox said, “The executive branch (i.e. Emperor Inslee) should be able to produce plans to save these people as quickly as they can produce plans to restrict them.”  Wilcox also implied that there is data that suggests the governor’s latest actions were wrongly targeting restaurants and bars, since data shows the increase in COVID-19 cases is due to private gatherings, not ones related to dining out. (JT Wilcox Facebook post)

Brandi Kruse argues that Governor Inslee’s endorsement of pro-tax candidate Ingrid Anderson in the 5th Legislative District senate race backfired, for it gave Republicans a reason to vote for incumbent Democrat Senator Mark Mullet.  Kruse had Senator Mullet on her news program “The Divide” to discuss his current 85-vote lead over his far-Left challenger Anderson, and the impact of Inslee endorsing her in the East King County race.  Mullet believes that, while Republicans did not vote in the primary since there were no Republicans on the ballot (and thus why Anderson won that election), Inslee’s endorsement in the general encouraged many Independents and Republicans to vote for his candidacy.  When asked about his current relationship with the governor, Mullet said, “I don’t know if we are exchanging Christmas presents this year.”  (Q13 The Divide and Secretary of State vote tabulation)

Governor Inslee’s good buddy California Governor Gavin Newsom attended a large birthday party for a favorite lobbyist and one of Napa Valley’s most expensive restaurants, and then told state residents they were prohibited from doing the same thing.  Newsom, who is a fellow collaborator with Inslee in forming the Democrats-only Western States Pact and co-author of the new travel restrictions in West Coast states, attended a birthday party with more than a dozen people and then told state residents to limit interaction with people outside their household.  This is just another example of hypocritical liberals demanding that others follow what they say and not repeat what they do. (Business Insider and Governor Inslee media release)

Washington State Attorney General Bob Ferguson admitted that he has used his taxpayer-funded office to promote divisive partisan politics.  In a story about his 80+ lawsuits filed against the Trump Administration, the two-term attorney general and governor-wannabe admitted he does not plan to sue the Biden Administration for actions that harm Washingtonians.  While Ferguson was willing to sue the Republican Administration for complaints about executive orders, he says he does not plan to do the same with Biden if he is rolling back Trump orders. Ferguson said, ““For some, it will be a gray area, it won’t be clear does the administration have that authority or not and that may lead to its own litigation. The Biden administration may try to take an action and Republican attorneys general may challenge that. We just don’t know right now.” But Ferguson does know that suing Biden will not help him win a Democrat gubernatorial primary, so expect that part of his work to slow way down. (Seattle Times)

The governor’s orders have caused many people to lose needed support systems. The father of a Richland teen who committed suicide last Spring says he believes his son is also a victim of COVID-19.  Like many people, the teen could not find connection to people via the computer and needed human interaction to provide stability.  Individuals with addictions, mental disorders, grief, and other issues have had severe restrictions placed on their treatments by Governor Inslee.  Some are adapting to the changes, yet many are experiencing severe difficulties. And some, tragically, are gone. (Tri-City Herald)

The Seattle City Council latest tax increase plan is to add an additional $20 – $40 to residents’ car tab fees, to pay for bridge maintenance that the Democrats who run Seattle have ignored for the last generation, while instead plowing money into increasing the size of city government and its number of union employees. This is the latest example of the liberal city council failing to prioritize government spending, and instead simply raising taxes on residents and making it even more expensive to live in the city. Councilmembers are estimating that the newest tax could raise $3.6 million that they will likely waste. (My Northwest)

A stand-off between Monroe School District officials and the teachers’ union has forced the delay of instituting a hybrid schedule for 1st graders to get back into their classrooms.  Despite health officials providing approval for bringing the students back to a split-shift, with two days a week of in-person instruction, the Monroe Education Association threatened a district-wide work stoppage.  The new schedule was to have started today, but officials moved it back to Tuesday while talks with union leaders continue. Because unions insist that such negotiations are held behind closed doors, we may never know what expensive items are on the teachers’ list before they return to work. (Everett Herald)

Greater Yakima Chamber of Commerce President Verlynn Best expressed the anger and anxiety of local employers and workers over Governor Inslee’s latest orders to shutdown businesses due to the failure of Inslee’s policies to maintain the spread of the coronavirus.  Best said, “We’re losing things here and I’m wondering at this point, where are our legislators? If you’re going to have a plan to shut us back down, then you’re going to have to have a plan about how you’re going to help us during the shutdown.”  Yakima area legislators have been demanding a special session of the legislature for over six months, to alleviate the problems created by Inslee’s Democrat-inspired only orders.  The problem is Governor Inslee and the Democrat legislative leaders seemingly have little understanding of economics, and have ignored small business concerns, while also refusing to call the legislature back in to session to create a bi-partisan recovery plan. (Yakima Herald)

A spokesperson for the Washington State Dairy Federation says the recent court decision to eliminate the agriculture sector’s exemption from overtime rules will have an immediate negative impact for the state’s dairy farmers.  Last week, the Democrat-only Washington State Supreme Court ruled that farmers were no longer exempt from paying time-and-a-half for those working more than 40 hours in a week.  Scott Dilley, the communications director for the Federation, said ““We’re talking about huge increases for input costs such as labor. This has been a very challenging year and this is another challenge our farmers are having to go through and overcome.” And yet, Governor Inslee has no intention of upsetting the unions who pushed the lawsuit and have contributed millions to him over the years, so expect your dairy prices to go up substantially. Got Milk (money)? (Pacific Northwest AG Network) 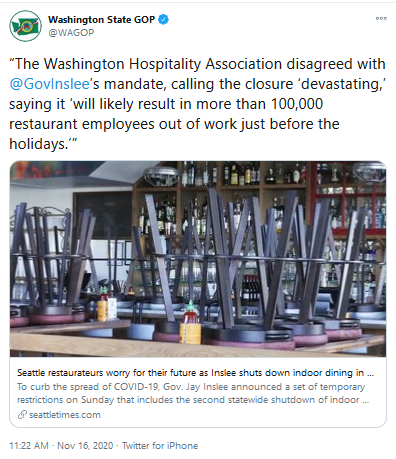