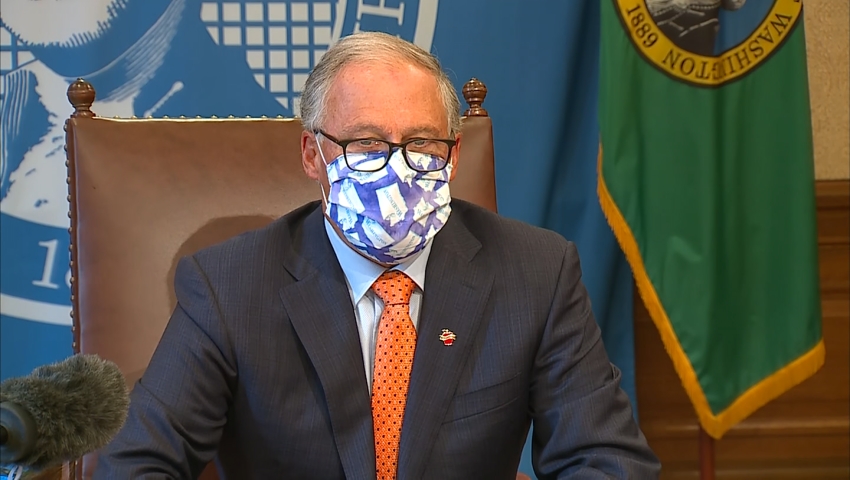 Governor Jay Inslee took time away from applying for any “green” job in the Biden Administration to announce that, due to the failure of his partisan restrictions during the COVID-19 pandemic, he is again shutting down fitness clubs, bowling alleys, movie theaters, and museums, and only allowing outdoor service for bars and restaurants as winter sets in.

Just a couple of weeks ago, Inslee’s campaign was pushing the false narrative that the governor’s divisive handling of the pandemic had kept Washingtonians safe, yet new cases of the virus are now at record-breaking levels.

While allowing liberal protests and public celebrations of Democrat campaign victories to continue, and doing nothing to discourage tribal casinos (which just happen to be run by major contributors to Democrat organizations and candidates) from opening early for thousands of gamblers, he has kept strict restrictions on employers to the point Washington State led the nation in new unemployment claims last week.

Yet, one of the worst things our governor has done is to dismiss the thoughts and advice from anyone who was not a major supporter of his campaign. This has led the governor to lose credibility with a large portion of Washington citizens, leading many people to ignore his various legitimate health warnings (such as wearing facemasks).

Governor Inslee has filled various coronavirus-related advisory committees with liberal special interest groups (including having a “group lead”  of one of his committees be a member of the Swinomish tribe which defied Inslee’s orders and opened its casino), and has given his major campaign contributors in  the state employees unions a pay raise while others have lost their wages.

At the same time, the Governor has completely ignored numerous letters and suggestions from Republican lawmakers.  He has also stubbornly refused to call a special session of the legislature, because he likes total control and not being questioned about his mistakes.

If the governor is going to take credit for any downturns in new coronavirus cases – which he has consistently done during the course of this crisis, then he is going to have to take responsibility for the current increase, and the thousands of Washington residents who have once again lost their wages.  Since he has not included anyone else in his deliberations during the past eight months, then the current conditions of full hospital beds and the closed businesses are totally Governor Inslee’s responsibility.