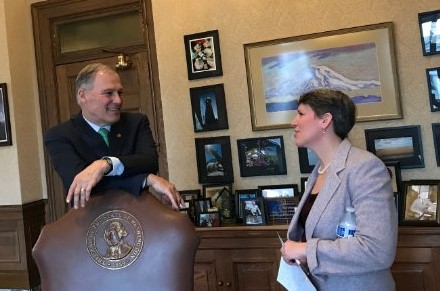 It’s summertime, so sometimes news passes under the radar due to far bigger fish to fry, for dinner and otherwise. That’s why it’s worth not letting slip by the eventual fate one of Jay Inslee’s bigger errors as Governor – hiring a 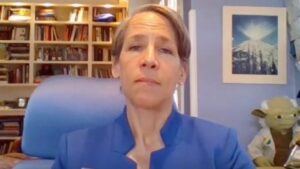 Democrat fundraiser for a patronage job he thought no one would notice.

Instead, after failing up early into the Biden Administration, Washington State’s disgraced former Employment Security Department (ESD) Commissioner Suzi Levine has seemingly been forced to resign from the appointed position to prevent further embarrassment to her Democrat handlers.

Ms. LeVine fell back on pretending the resignation was for personal reasons, to try to salvage her tattered reputation. The ex-bureaucrat conveniently omitted that the U.S. Senate votes needed to confirm her to the “promotion” she received despite allowing a billion-dollar looting of Washington State’s unemployment insurance system (and then trying to block audits of her failures) just weren’t there.

It was in January 2021, less than a year after showing pretty much the rest of the country how NOT to run a state’s unemployment benefits system (they are still trying to figure out how many hundreds of millions of taxpayer dollars her decisions allowed crooks to take), that LeVine was unbelievably chosen as the acting assistant secretary of the

Employment and Training Administration (ETA), a federal Labor Department agency that oversees state unemployment systems. The promotion was after LeVine, appointed to her Washington job by Democrat Governor Jay Inslee in 2018 (despite her main experience being raising and donating money for Democrats across the country) had destroyed any credibility the unemployment agency she ran had.

It took only two days after Democrat Joe Biden was sworn in as president for LeVine to head East before she become more of an embarrassment to the Inslee administration and for the U.S. Department of Labor to pick her up. In typical Democrat tone-deaf timing, LeVine announced that she had received the job a week before her husband Eric, sent $35,500 to the Democrat National Committee.

Nothing to see here, move along folks.

Fast forward seven months and even the DC Democrats have figured out LeVine is a liability. Trying to cover her incompetency by claiming the commute to DC from Washington State is too far, LeVine called the decision to resign “gut wrenching” but when/if the true story comes out, it will be pretty clear that few except the hardest of partisans wanted her to have the job.

In order for LeVine to maintain her assistant secretary position, the U.S. Senate has to confirm her appointment and apparently, it was just too much for the Democrat Senators to swallow (or politically afford). LeVine didn’t have the votes and it was never going to happen.

Resigning was the least embarrassing option.

LeVine, on her LinkedIn page, claimed she had accomplished her main goals (while earning a six-figure salary sitting in her Washington State home office) at the ETA in the last 7 months, and was ready to step down. By goals, LeVine must mean calling in on a conference call each day and explaining how to lose federal dollars to foreign hackers. 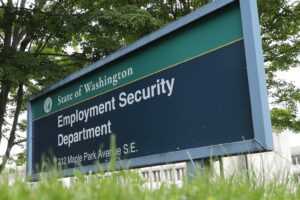 the former ESD chief if she chooses that route.

While on hold trying to claim her unemployment benefits, LeVine will have time to think about all the goodness she created while at Inslee’s ESD, such blocked state audits, jokes about benefits being delayed, covering up damming emails, changing the rules to hit political deadlines, and (the cherry on the unemployment benefit pie) losing at least $650 million to foreign scammers.

At Shift, we hope that LeVine takes a long hard look at the mess that she created and decides to retire from her style of public “service”. We wish her all the best in a return to the private sector.

Unfortunately, this might not be the last time we see Suzi LeVine, as she has simply proven too good at raking in the cash for Democrats. Her next far-Left candidate can only hope that next time she’s in charge of any campaign war chest that she doesn’t treat that money the same way she did the hard-earned tax dollars of Washingtonians.