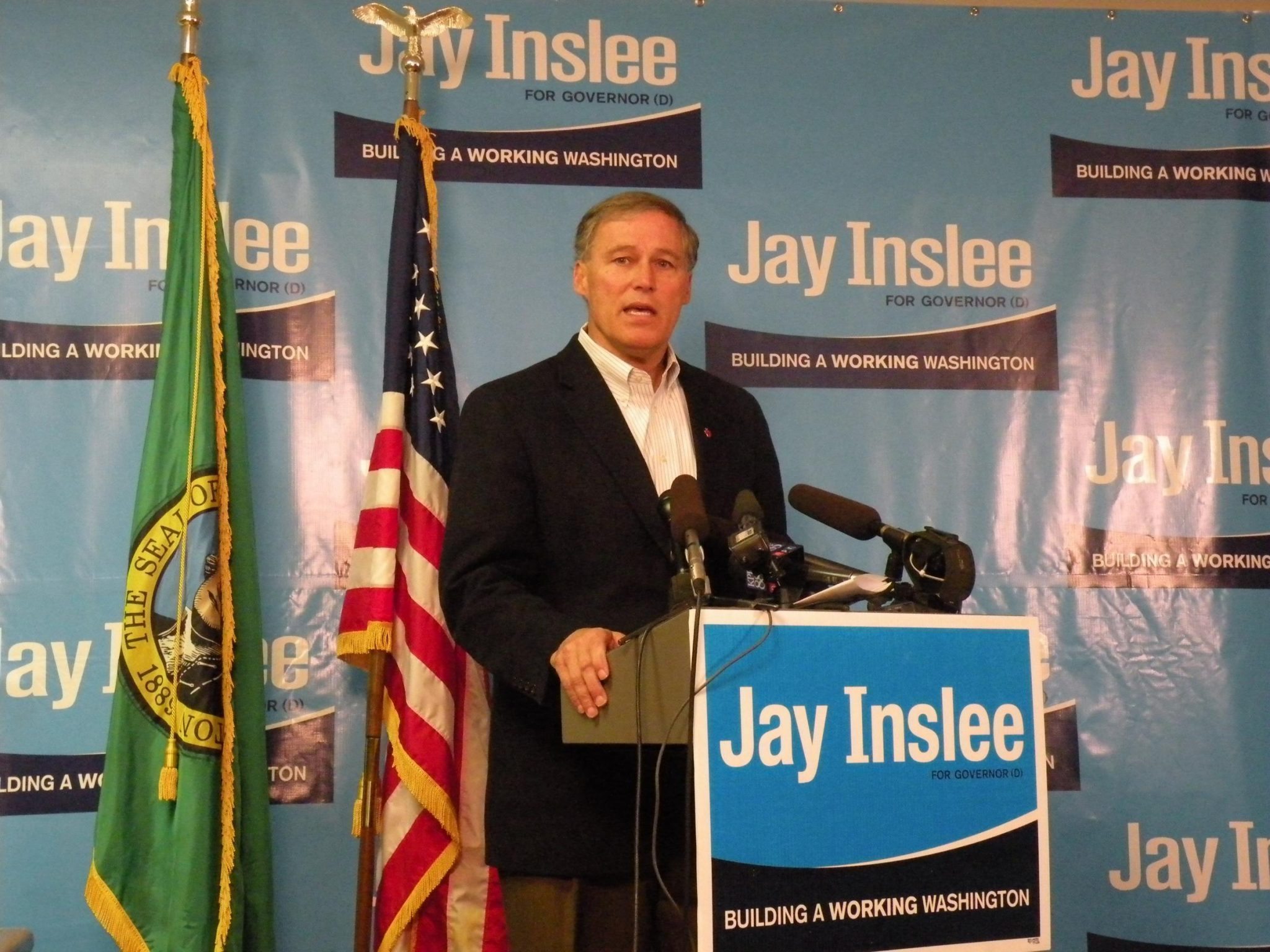 Candidate Jay Inslee is not the same person as Governor Jay Inslee—that’s a documented reality. Where candidate Inslee declared that he did not believe that “tax increases are the right path for the State of Washington,” Gov. Inslee insists that tax increases are the only path for the State of Washington. This Throw Back Thursday, we’re taking a look at Inslee then and now.

While on the campaign trail, Inslee repeatedly stated that he will not raise taxes if elected governor. He declared that “a growing economy would create enough new revenue.” And, he even promised voters that he’d veto any “new taxes.”

A mere two years into his term, Inslee is already singing a new tune—and it’s all about raising taxes. Inslee lost no time in joining top Democrats in the Legislature to demand that tax hikes be part of the solution facing Washington State’s budget demands, including fulfilling the McClearly decision as ordered by the Washington State Supreme Court.

In an attempt to cover his tracks concerning his no-new-taxes campaign promise, Inslee insisted that “circumstances have changed” over the course of the last two years. Referencing the Supreme Court’s contempt ruling against lawmakers on education funding, Inslee said that “the world is a different place…We’ve had a very unique, unprecedented event in our state’s history.”

But, is the world of Washington State’s budget demands really all that different than two years ago?

When Inslee made his no-new-taxes campaign promise in 2012, the Supreme Court had already handed down its McClearly decision. Candidate Inslee knew that, as governor, he held the responsibility of ensuring the state budget fully funded K-12 education. The Supreme Court’s contempt ruling two years later did nothing to change that reality. The facts remain the same, Washington State’s budget still needs prioritize education spending.

As SHIFT has reported, Washington State faces nearly $3 billion in projected revenue growth for 2015-17.Yet, despite the projected growth, the Office of Financial Management (OFM) warned lawmakers that they face red ink if they don’t start controlling spending.

Rather than controlling spending and fulfilling the McCleary decision, Inslee decided that he will instead spend more. You see, our green governor is determined to reward his biggest campaign donors including the Service Employee International Union (SEIU) 775 and the Washington Federation of State Employees (WFSE). New contract “negotiations” with state employee unions resulted in Inslee agreeing to raise worker pay by 3 percent in July 2015 and approximately 1.8 percent the following year. And, some workers will get additional 2.5 percent raises.

The passage of the Washington Education Association’s (WEA) latest power grab, Initiative 1351, only adds to the state’s budget woes. Of course, since the WEA donated $1 million to his gubernatorial bid, Inslee kept quiet on I-1351 only voicing his opposition when the polls closed.

If the world of Washington State’s budget demands is really all that different than two years ago, it is because Inslee made it that way. The facts are the facts. Candidate Inslee knew the budget demands—especially fulfilling the McCleary decision—when he made his no-new-taxes promise. Those essential demands have not changed. What has changed is that Inslee wants to add to our state’s budget load in order to reward his biggest campaign donors by handing out generous pay raises and benefits that the state simply cannot afford. In order to pay for those rewards, Inslee is willing to break his campaign promise and raise taxes on hardworking Washington families.

You can watch candidate Inslee make his campaign promise, on one occasion, below (minute 24).