An ethics complaint has been filed against Spokane Councilmember Karen Stratton for using city resources to promote a major contributor and cannabis business.

On August 23rd, The New York Times published an article entitled “Seattle Has Figured Out How to End the War on Drugs.” Columnist Nicholas Kristof claimed that the city is “pioneering a bold approach to narcotics that should be a model for America.” To those of us who live here and see first-hand the devastating consequences brought by unchallenged liberal policies and radical social experiments such as this, Kristof’s ivory tower assessment is repugnant. (Shift)

Washington State Department of Health officials declare there is now a “statewide outbreak” of sicknesses due to vaping.  There are currently three illnesses believed to be related to vaping in the state.  The Center for Disease Control states that over 450 individuals nationwide have become ill and as many as six people have died due to vaping. (The Olympian)

Seattle Councilmember Sally Bagshaw received special treatment from the Seattle Police when her e-bike was stolen.  Currently the standard procedure for bike theft in Seattle is the victim is told to fill out an on-line report and no officers are sent to investigate.  Councilmember Bagwell wrote that officers arrived at her home to obtain information and view security tapes.  Bagwell stated that she “really appreciated their quick response.” (MyNorthwest)

The Plaintiffs in the Sound Transit case propose a settlement offer.  The stated offer was for Sound Transit to refund $125 million already paid by vehicle owners and then use the 2006 vehicle depreciation schedule in the future.  Using the 2006 schedule will reduce taxes levied in the future compared to the 1999 (or is it 1996?) schedule currently being used.  The case was argued in front of the Washington Supreme Court last week where it was revealed Sound Transit has not been truthful in stating it was legally obligated to use the 1996 schedule since it has been using the slightly different 1999 schedule all along. (The Lens)

An ethics complaint has been filed against Spokane City Councilmember Karen Stratton for promoting a large contributor to her campaign.  As Shift reported previously, Stratton sent a letter on council stationary to Pasco city officials promoting Lucky Leaf, LLC, a Spokane marijuana business, and a $1,000 contributor to Stratton’s campaign. (Spokesman Review, Shift, and Public Disclosure Commission) 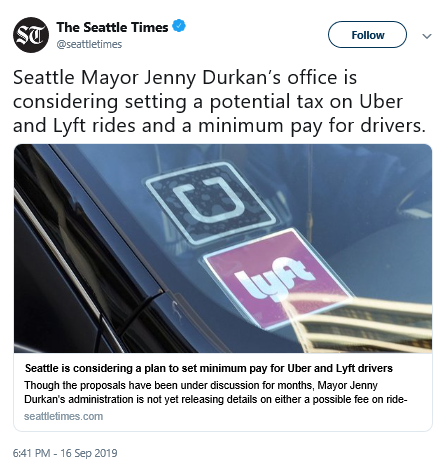 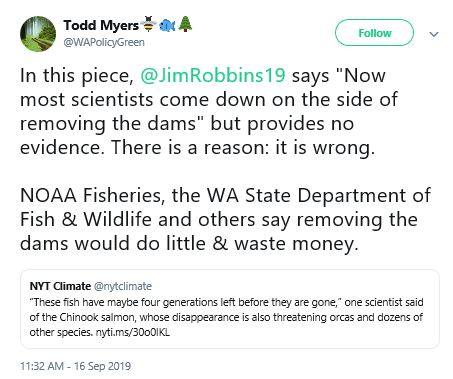