The Democrats continue to allow former state employees to be “shown the money” when they are hired to lobby their former colleagues.

After more than 35 years of near complete control of lawmaking in Washington State, Democrats continue to refuse to change the system that allows departing state employees to immediately lobby their former associates after leaving the state payroll.Legislators, department heads, and top staffers often leave their state government positions for lucrative lobbying jobs, where they use their insider contacts to influence state policies.  Even though legislators from both parties have passed bills in committee to curb this “revolving door” phenomenon, Democrat leaders kill the bills by refusing to bring the legislation to a vote of the full House or Senate. (Seattle Times)

The Vancouver Columbian supports the growing sentiment to make the Washington Secretary of State a non-partisan office.  This point of view seems primarily due to the Democrats continued attempts to make the overseeing of elections basically a function of the Washington State Democrat Party.  The Democrats’ 2016 candidate for the position, Tina Podlodowski, was so partisan she is now the state Democrat Party chair. Instead of learning from the disaster of supporting someone ill-equipped for the job, the Democrats’ 2020 candidate, Representative Gael Tarleton, showed her distrust in public opinion by introducing legislation that would have removed citizens’ initiatives in odd-numbered years, all because not enough Democrats can be bothered to vote in non-presidential elections.  The Columbian states, “When it comes to protecting democracy, partisan wrangling diminishes confidence in our system of elections and, therefore, our governance.” (Vancouver Columbian and Washington State Legislature Bill Summary)

The Washington Policy Center is holding a video contest to support its “Free Markets Destroy” campaign.  The 60-second-long videos must highlight how the free market has destroyed something negative and replaced it with something positive.  Between $1,000 – $2,500 in prize money will be awarded to the best videos.  Deadline is September 15th and the winners will be announced at WPC’s virtual annual dinner on September 25th. (Washington Policy Center)

Think for a moment about what Mayor Jenny Durkan’s priorities must be for her Seattle. She watched a city neighborhood taken over by violent protestors. She was humiliated by a City Council that voted to dramatically reduce law enforcement funding. The city she leads is still suffering from an historic homelessness and drug crises. So why did Mayor Durkan quietly sign the city up to be a possible test market for handing out “free money” to residents?  While studies have shown that such “guaranteed income” schemes reduce production in the work force, it continues to be one of the latest “cool issues” for irresponsible liberals to promote. While city policies are actively repelling businesses (along with their jobs and tax revenues) from coming into Seattle, Durkan wants the city to attract more people who want to live in a Leftist utopia that enables drug use and homelessness, is anti-law enforcement, and now hands out free money without working.  (Crosscut)

While big cities like Seattle are becoming less attractive for major employers, new working conditions brought about by the coronavirus outbreak are making suburban and medium-sized cities more attractive to businesses.  More people are working from home, so more companies are no longer looking for office space in high-density urban cores, and are seeking smaller work locations in cheaper suburban and medium-sized communities. (News Tribune)

Turbulent times continue at the City of Mill Creek, where the union that represents 20 city employees has voted “no confidence” in the City Manager Michael Ciaravino.  The union is upset over Ciaravino’s firing of employees while maintaining employment contracts with longtime associates. The city council met in executive session on Tuesday, to privately discuss “the performance of a public employee.”  Last week the Mayor of Mill Creek resigned her position, saying she wanted to spend more time with her family. (Everett Herald)

Bellevue’s highly regarded Police Chief Steve Mylett is a finalist for the job to lead the Thornton, Colorado police department.  Some are worried that the region’s anti-police environment could make it difficult to find a replacement should Mylett choose to leave.  Mylett’s reasoning behind allowing the looting of Bellevue Square in June might also give prospects some pause about the community. Yet Bellevue City Councilmember Jennifer Robertson believes “Bellevue is a well-run city that supports our police officers, and that reputation will help us in recruiting the finest candidates in searching for the next Police Chief of Bellevue.” (MyNorthwest)

While labeling anyone who disagrees with current liberal group-think as “controversial,” including scientists using data to back up their arguments, Seattle’s media appears to be unconcerned with the impact of the “cancel culture” on the 1st Amendment and a free press.  While admitting that University of Washington atmospheric professor Cliff Mass has been a “towering figure” in local weather forecasting and climate science circles, Crosscut decided to ignore the factors behind his dismissal from (public) KNKX radio, and instead focused attention on who should replace him as the leading expert on weather issues. (Crosscut)

The Goldendale Sentinel has joined the loud chorus of Washington State newspapers demanding that Governor Jay Inslee call an immediate special session of the legislature to fulfill its constitutional obligations to balance the state’s budget.  Rarely do we see unanimous support from the state’s diverse group of newspapers, but every editorial we have seen has argued that the legislature needs to be called back into session.  The Sentinel provides its own viewpoint as to why the governor has stubbornly refused to allow legislators influence state policies. The Sentinel writes, “Maybe (Inslee is) afraid our elected legislators will end his shutdown and tackle an ailing budget that he has yet to responsibly address. Or maybe he just enjoys muzzling other political leaders across the state.” (Goldendale Sentinel)

While remaining in a modified Phase I classification, Yakima County continues to log a strong decline in the number of daily coronavirus cases.  In June and July, Yakima often had 200 or more daily cases as COVID-19 infected more residents per capita than in any other county in the state.  On Sunday, there were only 3 new cases, 22 on Monday, and 17 on Tuesday.  This is good news for Yakima business leaders who want to have state restrictions eased so economic activity can resume. (Yakima Herald)

The Washington State National Guard will be deployed next week in Pullman to assist in performing coronavirus tests.  The Whitman County community has experienced a sharp rise in new cases (more than 350) since August 24th, when some students returned to Washington State University. (YakTriNews)

Does Seattle Democrat Mayor Jenny Durkan continue to believe that the on-going violence and riots in her city are part of our very own “Summer of Love?”  Following South Dakota Governor Kristi Noem’s speech at last week’s Republican National Convention, where she accurately stated that in Seattle, “violence is rampant. There’s looting, chaos, destruction and murder,” Mayor Durkan immediately appeared on MSNBC to proclaim everything is fine.  Yet, to everyone who is not Mayor Durkan or part of the professional protest crowd, everything is not fine. In a city that once boasted being the country’s “most livable city,” the homeless have taken over downtown, some businesses are boarded up while others are moving employees out of town to avoid paying more taxes for less services. Seattle is facing the situation that it may not be able to recover from the extreme actions of its city council, while state “leaders” like Governor Jay Inslee and Attorney General Bob Ferguson stay silent. (Shift) 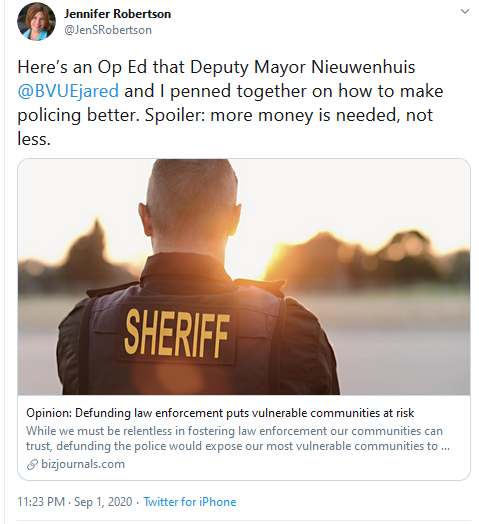 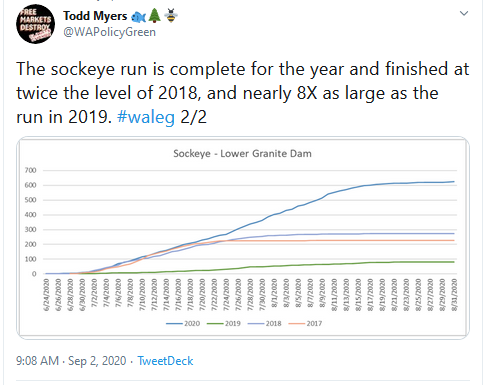