UW Atmospheric Sciences Professor Cliff Mass says that scientific research (which he, as an actual scientist, understands) shows Governor Jay Inslee (who is actually a politician, not a scientist) is “180 degrees wrong” about the impact of climate change on the wildfires.

University of Washington Atmospheric Sciences Professor Cliff Mass says that scientific evidence shows that Governor Jay Inslee is “180 degrees wrong” about the impact of climate change on the wildfires that have engulfed the West coast.  In a radio interview, Mass said that poor forest management and Easterly winds are the cause of the current fires and smoke.  Mass, who coincidentally was working on research regarding wildfires, said that current models on climate change show that global warming would decrease the severity of Easterly winds and thus actually reduce the impact of forest fires like these.  Mass also stated that the governor is wrong about climate changes causing more grass fires.  Mass said that under normal conditions grass and brush dry out within a day, and thus the earth’s temperature could be far warmer and not increase the likelihood of fires. (John Carlson KVI Radio – Mass interview starts at 18:45 mark)

Representative Andrew Barkis (R – Olympia) posted a short video explaining why he joined in the lawsuit challenging Governor Inslee’s use of emergency powers.  Rep. Barkis said, “it was never intended for the governor to have six months of emergency powers and lock the legislature out of the process.”  With the court ruling that there is not enough information to reverse the governor’s actions, Barkis believes that either legislative or initiative action will soon take place to better define future use of emergency powers. Barkis stated. “It is imperative that you have all branches of government working to solve this problem. It was never intended to have the governor, a single individual, a single branch, running all aspects of my life and your life.” (Andrew Barkis Facebook)

The President of the Association of Washington Business says Governor Inslee and the legislative Democrat leadership need to be responsible and call the legislature back into special session to fix the state’s budget.  In an op-ed, Kris Johnson attacked the governor’s wish to wait until after November to decide on how to repair the state budget, which has been decimated by an estimated $8.8 billion revenue shortfall. “The idea of cutting state services to balance the budget during an election year surely makes many lawmakers uncomfortable. Of course, the virus is indifferent to this discomfort.” (Tri-Cities Business News)

Despite holding many in-person meetings and press briefings, Governor Inslee decides to avoid any public debates before the election by demanding that any debate with his opponent must be done virtually from home.  The Washington State Debate Commission says this inconsistent demand by the governor will likely eliminate the possibility of a debate between Inslee and his opponent, Police Chief Loren Culp. The Republican Culp has asked that the two candidates conduct the debate in the same room while adhering to social distancing guidelines established by the governor. Apparently standing six feet apart is good enough for the citizens of Washington, but not our governor. (MyNorthwest)

Despite the ever-increasing taxes and revenues over the last decade, an audit finds that the City of Seattle has “shortchanged bridge maintenance.”  One of the primary functions of government is to maintain roads and bridges so people and products can reach their destinations safely and efficiently.  As the shutdown of the West Seattle Bridge has demonstrated, the city has failed to use tax dollars efficiently to maintain a vital roadway for thousands of West Seattle residents. (Seattle Times)

The News Tribune is critical of a Tacoma City Council proposal that would limit public comment to just 90 seconds.  After six months of virtual council meetings, Tacoma lawmakers are finally developing rules to allow the public to verbally state their opinions on city business (currently the public is limited to only providing written comments).  The proposal presently before councilmembers is to limit the public to just 90 seconds to state their views.  The News Tribune states the limit should be at least three minutes for 90 seconds is “barely enough time to clear one’s throat, state one’s name and fumble with the mute button. Restive community members are more apt to feel listened to if they have adequate time to make a cogent point before the red light starts flashing.”  (News Tribune)

Snohomish County, along with several municipalities and trade associations, has begun a public relations campaign aimed at keeping Boeing’s 787 Dreamliner assembly jobs at the company’s Everett facility.  Boeing recently announced that it will reduce the production of its new aircraft from ten planes a month down to six.  This will likely force the company to consolidate production in either South Carolina or Everett.  The “Better with Boeing” campaign is aimed at showing the airline manufacturer the advantages of maintaining its production operations at Paine Field. (Everett Herald)

Lewis County officials are weighing alternatives to determine what is the best way to reclaim some of the 50,000 acres of forest lands that the federal government set aside while attempting to protect the spotted owl.  An April court ruling limited the federal government’s ability to set aside lands.  Lewis County is among the many local governments that now must appeal to the U.S. Fish and Wildlife Service to release lands in their jurisdiction, rather than keeping them locked away from economic activity. (The Daily Chronicle)

The Benton Franklin Health District says in-person education in the Tri-Cities area could return as early as mid-October.  Health officials are encouraged by the reduction of new coronavirus cases and believe that resuming part-time in class instruction will not “pose a significantly greater risk to staff and students than their current activities.”  Health officials also believe that returning students to schools has additional benefits to students. Well, duh. (KEPR-TV)

Among the losses caused by the recent wildfires has been thousands of tons of hay set aside to feed horses and cattle during the winter.  A local charitable effort has begun to replace this hay.  Okandogs (a group originally formed to house stray dogs in Okanogan County) is collecting donations to help purchase hay for local ranchers. (iFIBER One and Okandogs)

Gasperetti’s in Yakima announced that it will not be reopening.  The Italian restaurant has been a mainstay in downtown Yakima for over 50 years.  Owners said the increase in the number of homeless individuals and the deterioration of the neighborhood had already reduced the eatery’s customers, making it difficult to stay in business.  Yet it is the on-going state restrictions on restaurants that was the determining factor in closing the business. (YakTriNews)

Democrat congressional candidate Carolyn Long believes having another Democrat (who can’t vote for her) endorse her is a “big sign of our growing momentum heading into the final stretch of this campaign.” Long, sent out a fundraising email touting the fact that fellow Democrat Joe Biden has finally gotten around to endorsing her floundering campaign for congress in Southwest Washington, almost two years after she launched it following her loss in the same race in 2018.  This might be the only news the Long’s campaign could manufacture following her poor showing in the August primary.  Despite a large Democrat turnout, Long ended up 16.5% behind Congresswoman Jaime Herrera Beutler (56.24% – 39.73%) and nearly all liberal groups have dropped her from their radar. (Long Campaign fundraising email and Washington Secretary of State vote totals) 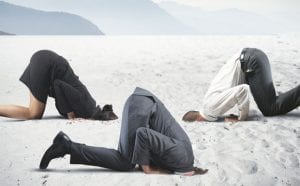 Governor Jay Inslee and his liberal special interest buddies have their heads in the sand over the economic realities facing our state and employers.  The governor needed a study financed in part by government employee unions to misleadingly demonstrate that Washington State is the best place to work. Obviously, the study did not talk with private sector employers who are forced to pay the ever-increasing taxes or who are struggling to keep their businesses open while adhering to the ever-changing state emergency restrictions being concocted solely by the governor.  Yes, Washington State is a great place to be a government employee (where you receive a pay raise from Uncle Jay while the state is in a historic economic crisis), but this is not always true for the rest of the state’s workers. This is yet another example of our governor only listening to those who benefit from increasing the size, cost, and power of state government, while ignoring the needs of private-sector workers. (Shift) 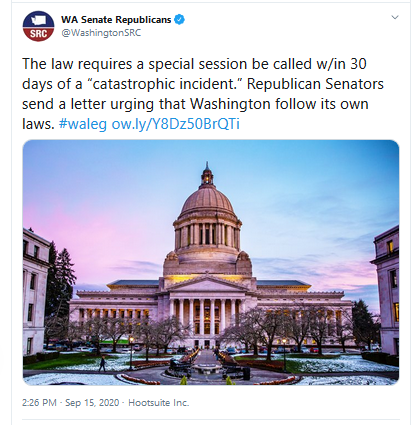