Shift’s Newsmaker Interview is with Representative-elect Greg Gilday from the 10th Legislative District.  Gilday erased an election day vote deficit, winning his seat by 867 votes with all votes counted. Gilday shares his thoughts on his come-from-behind victory, Governor Inslee’s failure to call a special legislative session, Washington Democrat tax policies pushing Boeing to move jobs to other states, and his legislative priorities for the 2021 legislative session. (Newsmaker Interview)

Challenge Seattle, an association of 20 of Washington State’s largest businesses, sent a letter to Governor Inslee and state legislative leaders calling on Washington lawmakers to increase support for small businesses, return students to the classrooms, and prepare for distributing the COVID vaccine.  Since Governor Inslee has failed to communicate a vision for how the state can emerge from the pandemic, former Governor Christine Gregoire and 20 of the state’s largest employers have done it for him. The group includes Alaska Airlines, Microsoft, Boeing, Costco, and others. Yesterday Challenge Seattle released a six-point plan on how to develop a process for distributing the vaccine, return students to classrooms, and reinvigorate the economy – which Governor Inslee has suddenly shut down again.  In an interview, Gregoire said Governor Inslee’s promise to provide $50 million to assist struggling businesses is a nice start, but it falls considerably short of what is needed. (Challenge Seattle letter and KIRO News)

The Longview Daily News is the latest newspaper to call on Governor Inslee to convene a special session of the legislature to help employers and workers who have been devastated by his latest restrictions.  The paper states, “Without financial assistance, the restrictions are callous.” While Inslee hypocritically blames Congress for not passing another stimulus package, he fails to lead Washington State lawmakers to provide relief as well.  Governor Inslee needs to focus on things he can do and stop blaming others for his actions. As the Daily News states, it is time for Washington lawmakers to “strap on your masks and get to work. This crisis needs action at every level.” (Longview Daily News)

Governor Inslee has again extended his emergency powers. He will now determine how much a company can charge for providing a service – all without legislative consent or input. Governor Inslee’s answer to the problems created by his latest restrictions on restaurants is not to assist but to limit how much third-party companies can charge to deliver their meals. Nearly 270 days after declaring an emergency (without ever convening a special session), Governor Inslee issued his latest order limiting third party delivery companies (Uber Eats, DoorDash, GrubHub, and others) to a 15% fee for their service. Of course, the governor still refuses to consider the many proposals Republicans have made to help the restaurants. (News Tribune and Q13 News of Facebook)

Governor Inslee disingenuously uses Congress as a scapegoat for his refusal to call the legislature back into a special session to provide needed relief to state employers who have again been devastated by his orders.  Despite state spending skyrocketing 20% higher for this biannual budget (2019-2021) than the previous budget, the governor made the problem worse by giving state workers (who lost no wages during the shutdown) a second pay raise in 12 months. Inslee now insists the state needs more federal money before it can assist employers who are on the verge of losing their lifetime investments and laying off their workers. (MyNorthwest and Washington Policy Center)

Remote testimony will be available to all residents during the 2021 legislative session.  Previously, the legislature allowed some “remote testimony” from a few facilities with cameras around the state.  But due to the coronavirus, residents will not need to travel to these locations.  This could mean a flood of individuals who will want to testify on bills in committee hearings.  It will be up to the committee leaderships to determine a fair method for determining who testifies. It will be interesting to watch how this newest modification to legislative business develops. (Lens)

The Puget Sound Indexer has some interesting information regarding how much rides are subsidized by tax dollars and how subsidies increase due to fares not keeping up with expenses.  The report examines different Western Washington transit agencies and reveals at best that fares pay only 30% of the cost of running the systems.  These numbers are dwindling as the costs of running transit systems are increasing while fares remain relatively stagnant. (Puget Sound Indexer)

In the latest example of how distance learning is failing our students, an Eckstein Middle School (in Northeast Seattle) teacher canceled classes because she lives in the forest.  The teacher said the power was inconsistent, and she could not host the class. Understandably parents were not pleased.  One parent said, “I also see a repeated pattern of Seattle schools putting the kids’ interests last.” (MyNorthwest)

The contentious decision to return 1st graders to the classroom in Monroe has been delayed again. After viewing attendance records for the students’ first two days back in class, the Monroe School Board opted to return the students to distance learning.  Despite multiple health officials saying it is safe for young students to return to the classroom, the Monroe teachers’ unions continued to advocate that it was unsafe.  (Everett Herald)

Washington State University is asking students who are living on or near its campus to not go home for Thanksgiving.  But if they do leave Pullman, students will be tested both before they leave and when they return.  The school announced an additional four-point testing plan aimed at reducing the spread of the virus. When students began arriving back on campus in August, Pullman quickly became one of the nation’s hot spots for the number of new coronavirus cases. (YakTriNews)

Pulse crops have increased in popularity during the pandemic. More consumers are purchasing beans, peas, lentils, chickpeas, and other products because of their long shelf life and ease of use.  Yet, many growers grew pulse products, not for their market value but because they created better soil when added to the crop rotation.  Growers are hopeful that consumers who have begun to use the product during the past few months will continue to grow the pulse market. (Pacific Northwest AG Network)

In the liberals’ attempt to control all media viewpoints, Left-wing extremists, like Nick Hanauer funded Civic Action, have now set their sights on Sinclair Communications (which owns KOMO-TV in Seattle, KIMA-TV in Yakima, and KEPR-TV in Pasco).  It is not enough that the liberal establishment controls all national broadcast news, most cable news, most of social media, nearly all local newspapers, and almost all local news stations. They want to make sure that the public hears only their viewpoint. Liberals hate it when the media points out the obvious flaws of their philosophy, like when KOMO ran the award-winning documentary “Seattle is Dying,” which demonstrated how liberal policies were making Seattle’s homeless, drug, and crime problems even worse.  Civic Action is now setting its sights on boycotting Sinclair affiliates to silence their views.  While liberals love to brag about how tolerant they are of people’s views, the reality is they are only tolerant of their views.  Proving again that liberals are the modern-day Archie Bunkers – closed-minded and afraid to hear contrary views. (Civic Action email) 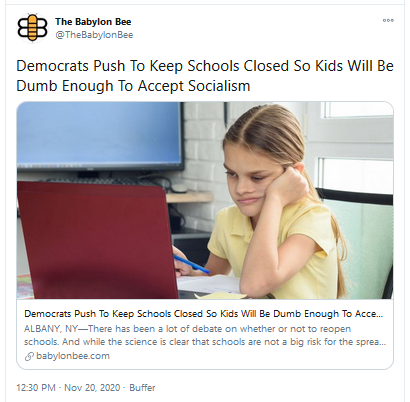 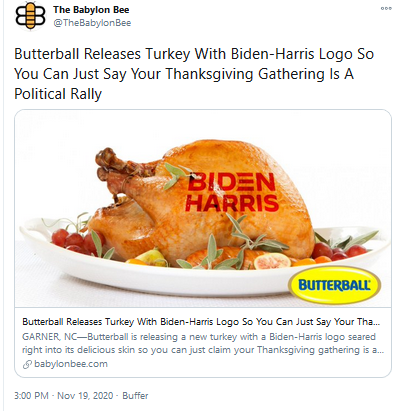