One thing both Republicans and Democrats can agree on is that final actions by the Washington State Redistricting Commission were certainly unexpected.

As the recent actions of the Washington State Redistricting Commission prove, politics in our state is rarely dull. On Monday evening, the four voting commission members stated they had approved a set of boundaries for the state’s 10 congressional districts and 49 legislative districts before their midnight deadline.  Then on Tuesday morning they revealed that they actually had failed to meet the deadline, and that the Washington State Supreme Court would now be responsible for drawing the districts. Then, late Tuesday evening, the four commissioners said they had approved a set a maps (albeit passed the deadline) and they were going to send them to the Washington State Supreme Court for “consideration” as the nine liberal judges take responsibility for the redistricting process.  The court can save considerable time and simply approve the (late-arriving) maps, choose to go full activist and ignore them completely, or use them as guides for their own maps.

A new report from the Washington Policy Center reveals the faulty arguments made by irresponsible wealthy environmental groups wanting to halt the harvesting of trees on state trust lands because they claim it will increase CO2 absorption in the trees. Tree harvest on state lands annually generates $200 million for school construction and county budgets. Every year the Washington State Department of Natural Resources calculates how much timber on state lands will be made available for harvest (and replanting). Environmental groups want the state to end the tree harvesting, yet their claims that this will reduce CO2 emissions are not supported by science.

The WPC report points out a few of the flaws in the environmentalists’ claims. If Washington State were to suddenly stop harvesting (and replanting) trees, the demand for timber would still be there and trees would be cut elsewhere (under less stringent environmental regulations).  Thus cumulative CO2 absorption rates would remain the same.  Also, even Governor Inslee agrees that timber harvesting is better for the environment than mining for other construction materials like concrete and steel. Finally, multiple studies have found that forests that are harvested and replanted have higher CO2 absorption rates than old growth forests. (Washington Policy Center)

A new Kaiser Family Foundation survey reveals that 30% of parents of children aged 5-11 responded that they would “definitely not” get their child vaccinated against COVID.  Among the parents who expressed concerns about vaccinating children, 76% stated that not enough is known about the long-term effects on children.  If this data is accurate, enrollment in public schools would certainly decline even further (as would federal and state funding) if the state or an individual school district were to impose a vaccine mandate on school children. Washington State public schools have already experienced a 3% decline in enrollment since the start of the pandemic as parents upset with the poor quality of education their children were receiving during “distance learning” and the slow return to “in-person” education. (KING5 News and CRPE Report)

A Washington State University study reveals that tribal casinos will collectively make $94 million a year from sports betting. Tribes were given monopoly rights on sports betting (wagering on college and professional sporting contest) by the Democrat-controlled legislature during the 2020 legislative session despite many non-tribal gaming facilities also being interested in the very lucrative business. The tribes’ bets (campaign donations) on Democrat politicians certainly appear to be paying off for them. (MyNorthwest)

Washington State Ferry officials said they will slowly bring back depleted service levels “one-run route at a time.”  After Governor Inslee unilaterally decided to impose a vaccine mandate on Washington State workers, more than 100 ferry workers were separated from their jobs. This has resulted in a severe shortage of certified workers to operate the state’s ferry system and 140 daily sailings were cut from the schedule.  State ferry officials told the Senate Transportation Committee yesterday that once new employees have been certified, they will resume service levels by routes. First the Anacortes-San Juan routes will all be restored, followed in order by Bainbridge Island-Seattle, Mukilteo-Clinton, Kingston-Edmonds, Fauntleroy-Southworth-Vashon Island, and finally Bremerton-Seattle. (Kitsap Sun)

Brandi Kruse completely debunks the false political narrative stated by radical Seattle City Councilmember Teresa Mosqueda over her latest budget proposal to cut $10 million more from the Seattle Police Department.  Councilmember Mosqueda falsely claims that no additional cuts are being made in her budget proposal. Yet Kruse points out that this claim is based on Mosqueda making her cuts by not planning to hire any new police officers to replace the more than 300 who have already left due to lack of support from liberal officials at Seattle City Hall.  Kruse also points out that Councilmember Mosqueda is making these additional cuts at a time when crime rates are skyrocketing in Seattle, and response times for “Priority One” emergency calls has gone from 6-and-a-half minutes to over 10 minutes since the start of the pandemic. ([un]Divided Facebook post)

King County Councilmember Reagan Dunn said the recent elections demonstrated it is time to “re-fund” the police.  Councilmember Dunn, who won his reelection by a 25% margin, made a $15 million budget proposal to hire 33 new officers (including signing incentives), provide more training, re-establish the county’s gang-unit, and establish a hate/bias crime unit. Councilmember Dunn acknowledges that liberals overwhelmingly dominate the King County Council, but he hopes the recent election might encourage some of the members to stop catering to anti-police liberal activists. Councilmember Dunn asserted, “They are smart enough to realize that the woke left, the defund the police crowd, is losing elections for them, and they better come back to the center. I’m actually forcing the issue by putting this before them.” (MyNorthwest)

Chelan County is leading an effort to construct a local sawmill to enable loggers to thin forest lands which are currently susceptible to wildfires.  In the past 20 years, 53 wildfires have damaged more than 1,000 acres in the Central Washington county. Chelan County, along with the U.S. Forest Service and Vaagen Brothers Logging Company, have invested in a study to determine what type of sawmill and its location would best serve the need to thin forest areas. (Wenatchee World)

Governor Jay Inslee continues to abuse the state’s emergency powers laws (for more than 625 days!) and there is no end in sight, as he refuses to say what needs to occur for him to end the “emergency”.  It is reported that the governor will soon be the only person allowed to decide who can go to work for many Washington State employers, by issuing a draconian vaccine mandate on private companies. This after he alone decided who can work for the state government, with the nation’s most restrictive vaccination rules. This is an unprecedented amount of power for one person to hold in a democracy, and Inslee only makes it worse since many of his decisions are partisan – leading more people to not trust state government actions. (Click to read full Shift article) 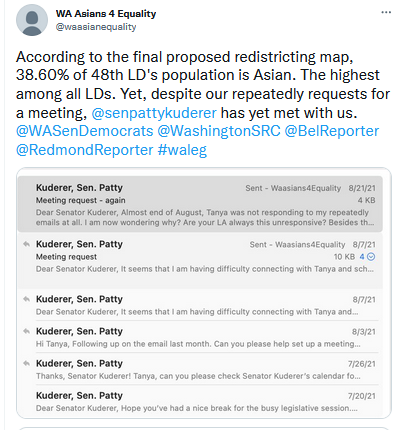 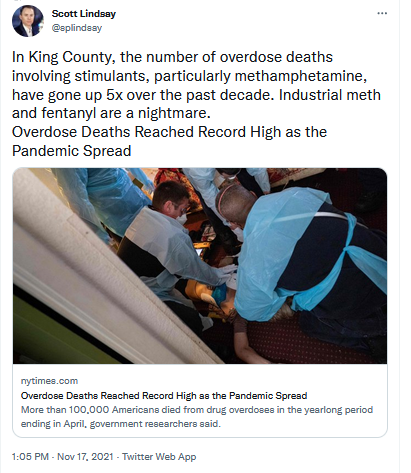 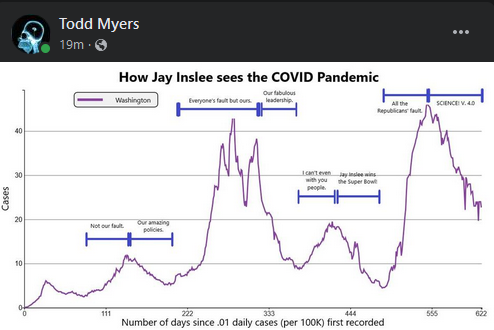